A nice story from Dallas. A girl whose age is 9 years used all the money that was meant for her birthday so that she could buy lunch for the police officers.

It sounds so heartwarming, is it not? She decided to celebrate her ninth birthday by bringing a smile on the face of the police officers after the Dallas shooting. The name of the girl is Samya McLaughlin. According to CBS Detroit, when she saw the fatal Dallas shootings on TV she made up her mind to surprise the officers in her own way. 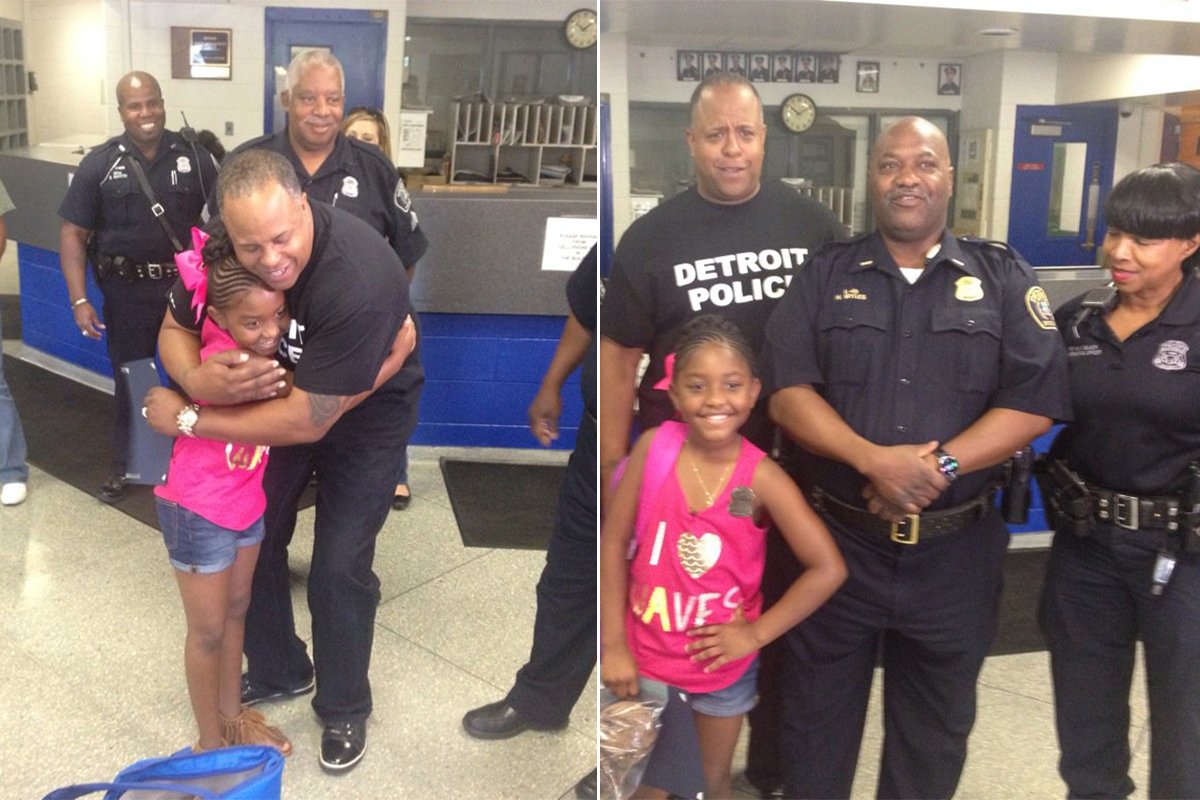 The impressed officers who were very much touched by her actions presented Samya with gifts of her own as a token of thanks. 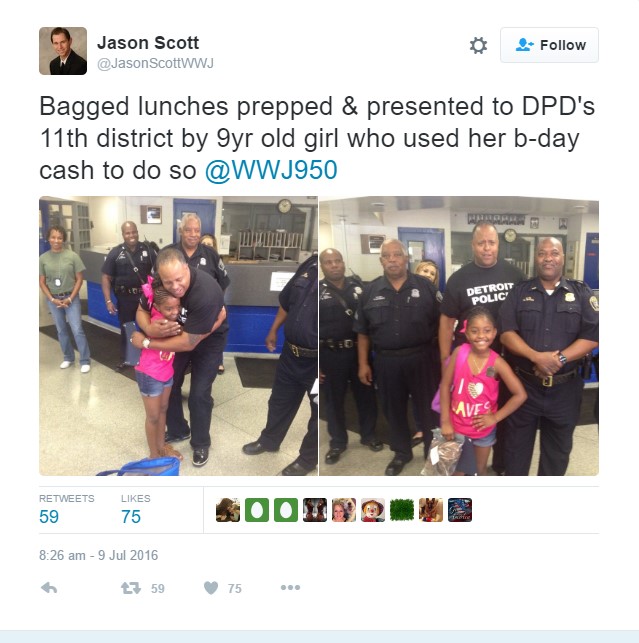 Her dad Sam Walker said that it makes us feel proud seeing that his daughter has a big heart and knows how to care for people in a crisis. 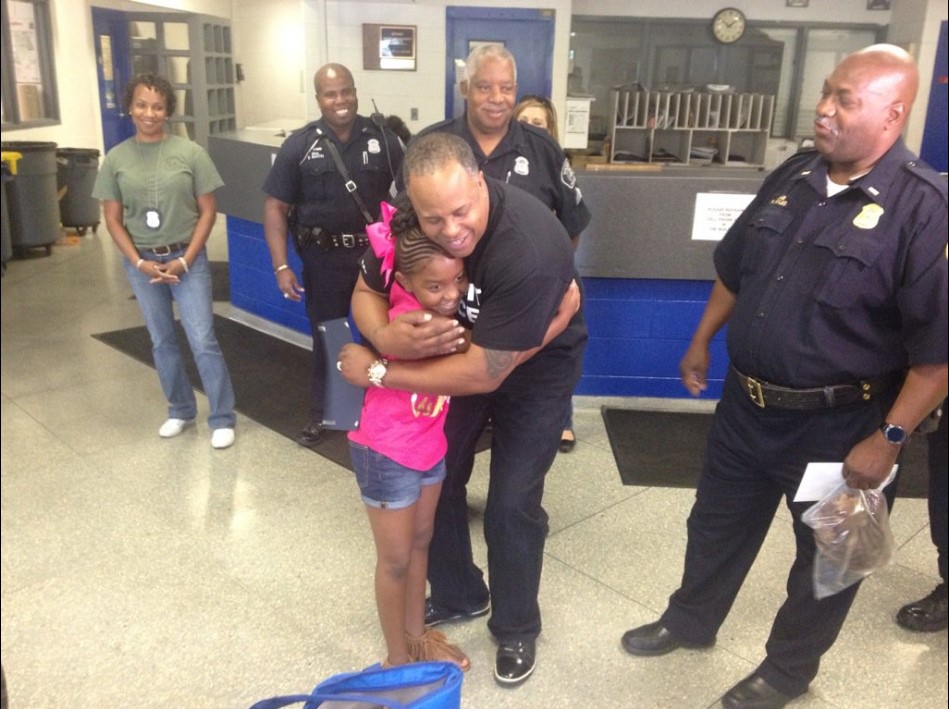 Samya even handed out almost 30 bagged lunches to numerous homeless people in Detroit’s Cass Corridor. It feels so nice to know about the humane and caring nature of a nine years old. 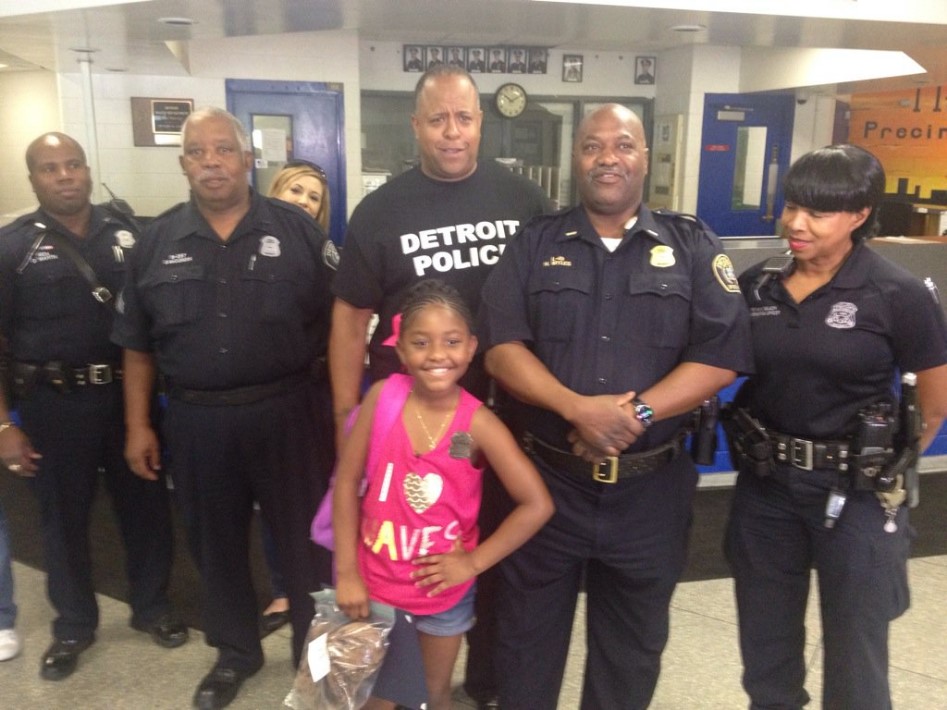