Are you a frequent swimmer? And do you always have red eyes after coming out of the swimming pool? Most people think that it is due to chlorine which is added to kill germs and bacteria in the water. However, if you have ever swam in a small pond nearby, you have probably noticed that you still have that redness in your eyes when you come out.

So how can pond water contain chlorine? Obviously it doesn’t, but then what causes the redness in that case?

You would be shocked to know that it isn’t true that chlorine in water is the cause of redness. In fact, it is due to human urine, which leads to formation of chloramines when mixed with chlorine which poses a harmful effect on our bodies, and also makes our eyes red.

Chloramines can not only damage the eyes, but also lead to itchy skin. To prevent excessive contamination of chloramines, it is important to check the chlorine level along with the pH of the water daily. You should also consult a doctor in case you frequently have red eyes. 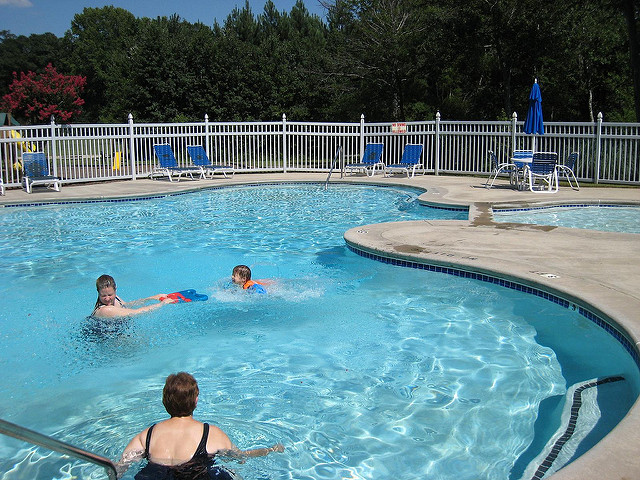 Many people think that human sweat mixed with chlorine also forms chloramines but that’s just speculation, you already know the real reason.
So, the conclusion is you should never ever urinate in pools and even advise others to do the same. This will save a lot of people from getting itchy skin and red eyes.
Images taken from : flickr 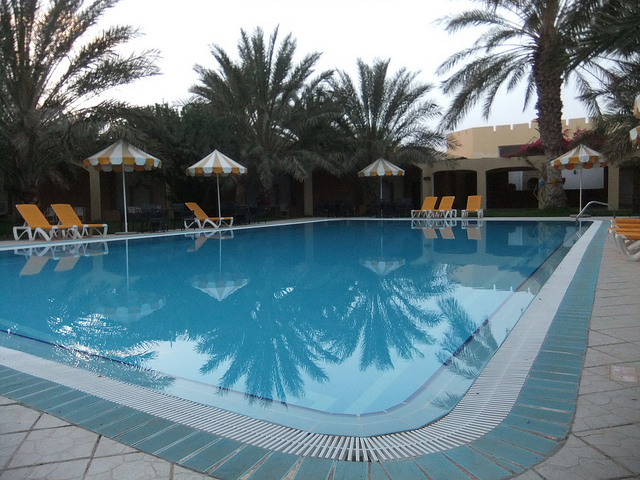