Police stationed near the US border have reported that they have found tons of marijuana inside fake carrots along with real carrots, which were being shipped from USA to Mexico.

According to the reports, they discovered almost 2,500 pounds of marijuana. This event took place on Sunday. An imaging system created a red flag for one of the trucks, and then it was checked for a second time more carefully, revealing the drugs. The truck was crossing the Pharr-Reynosa International Bridge located near the Gulf of Mexico. 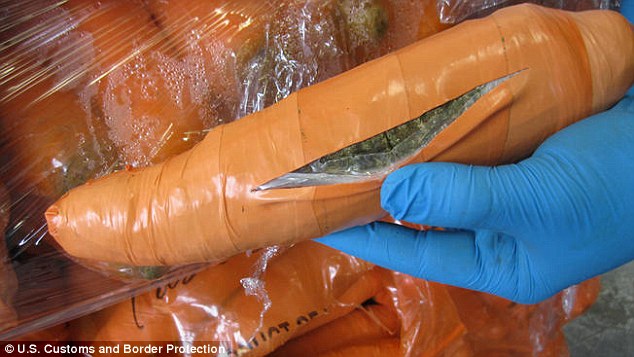 The police also reported that almost 3000 carrots were present – some real and some fake filled with drugs. Authorities estimate the value of the drugs to be around $499,000. Homeland Security is currently in charge of investigating the case. 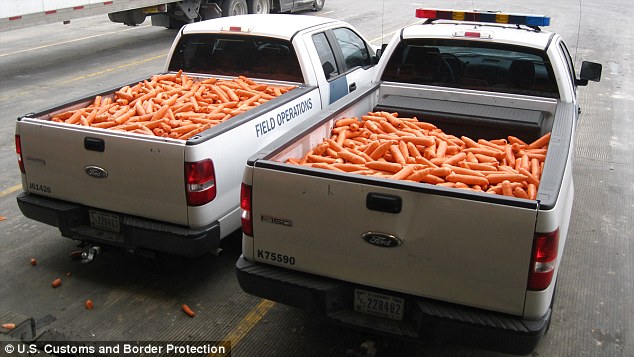 Port Director Efrain Solis Jr.said that although the drug corporations are constantly trying out new ways to smuggle drugs across the border, the US officials will always be ready.
In fact, carrots were used earlier as well to smuggle drugs – US officials captured tons of marijuana and cocaine filled in carrots and cucumbers in November. They were worth almost $2 million. After two weeks, police got hold of another similar case – marijuana filled in fresh tomatoes worth almost $479,000. 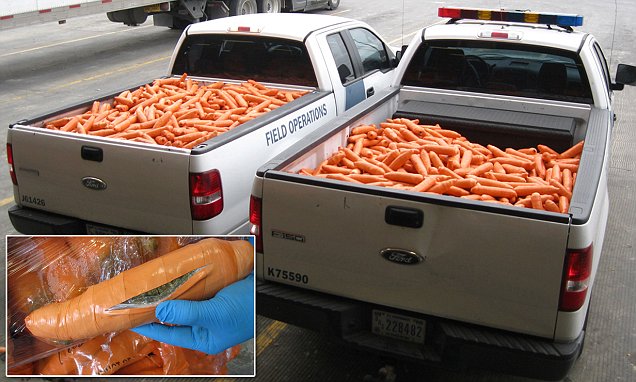