What Your Nails Say About Your Health

Nails are considered to be a purely aesthetic feature. They act as a window to your body, with their varying colours, textures, and shapes. While some nail symptoms are very common and harmless, others can be the indicators of serious chronic diseases like anaemia. Even the grow rate of your nails indicates how healthy you are. Changes in nails should not go unnoticed. If you spot any swelling, regular breakage, unnatural change in texture or anything else that is unusual, visit a dermatologist without delay.
So, here we enlist some nail symptoms which aren’t natural and the diseases they indicate: 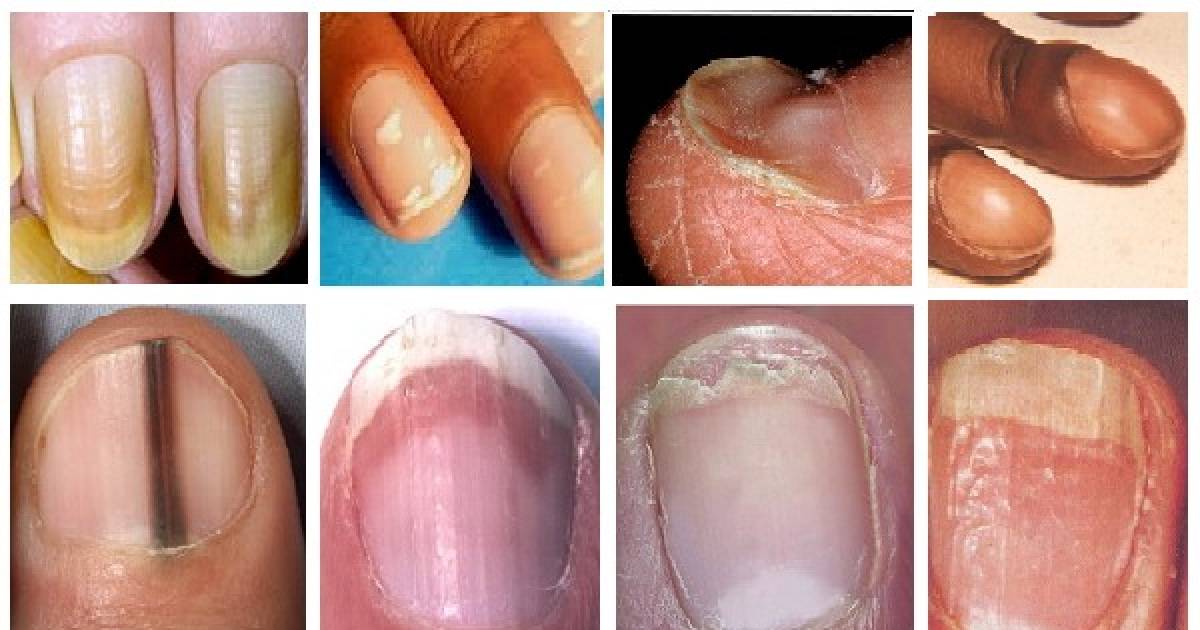 upward curving nails can be a symptom of low oxygen flow in the body. This could be due to malfunction of lungs and/or heart. It is a symptom of anaemia. 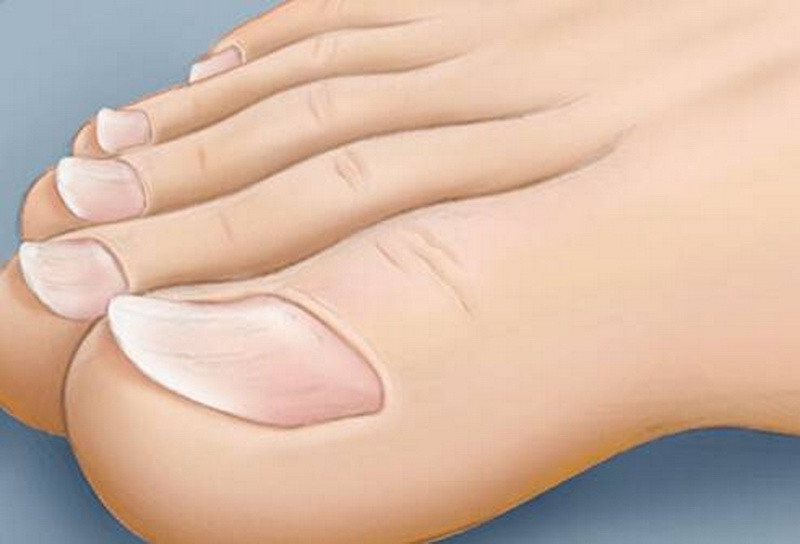 it is a common myth that only women have brittle Nails, as they do all the household chores like washing utensils which result in brittle nails. It is not true. Even men can suffer from this. Though it can be normal, it may indicate improper functioning of the thyroid gland. Other symptoms of thyroid include hair fall, fatigue and unexpected weight gain. 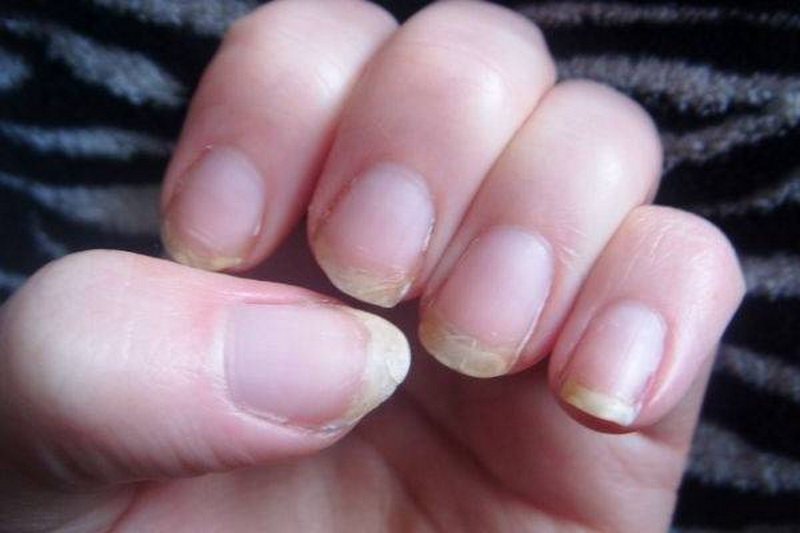 These Grooves in the nails can be an indicator of a heart attack of any other serious problem. 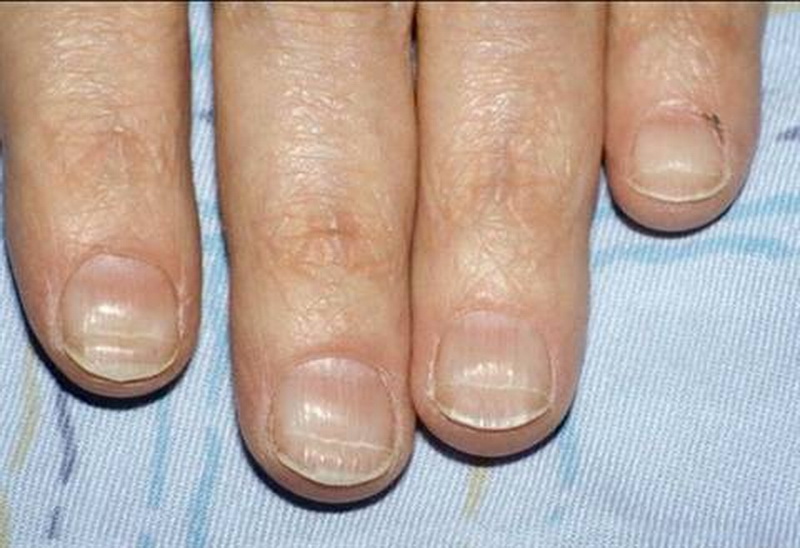 though these mostly appear in old age, these can appear in younger people too. Thin Grooves may indicate a form of alopecia, psoriasis or circulatory disorder. But if there is a single groove, it may be nail tumor, so you should immediately visit a dermatologist in that case.

contrary to popular belief, these white spots do not indicate any nutritional deficiency, but are just nail damage. It will repair slowly, and does not require medical attention. You may be wondering then why is it included in the list. It is done to bust the myth people have that white spots on nails indicate the nutrient deficiency. 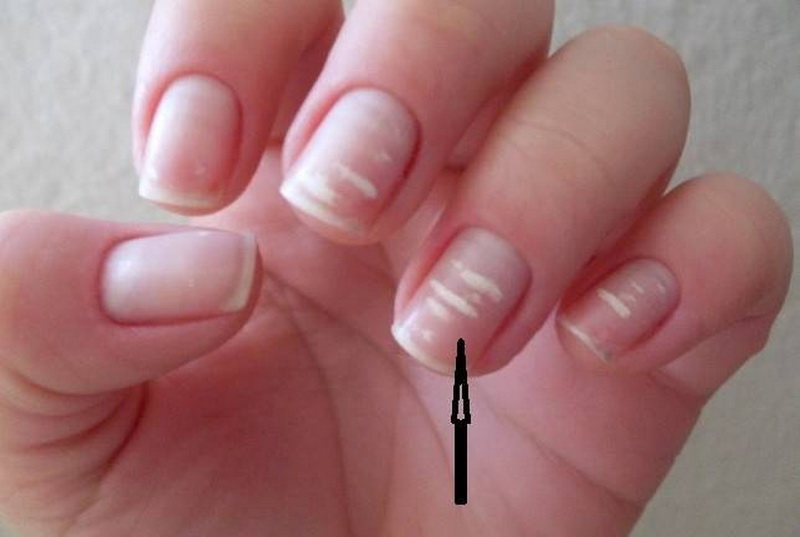 this is called the “yellow nail Syndrome” by doctors. This usually indicates bronchitis or another airway- related diseases. But, yellow nails can also indicate nail fungus or water retention in the body. 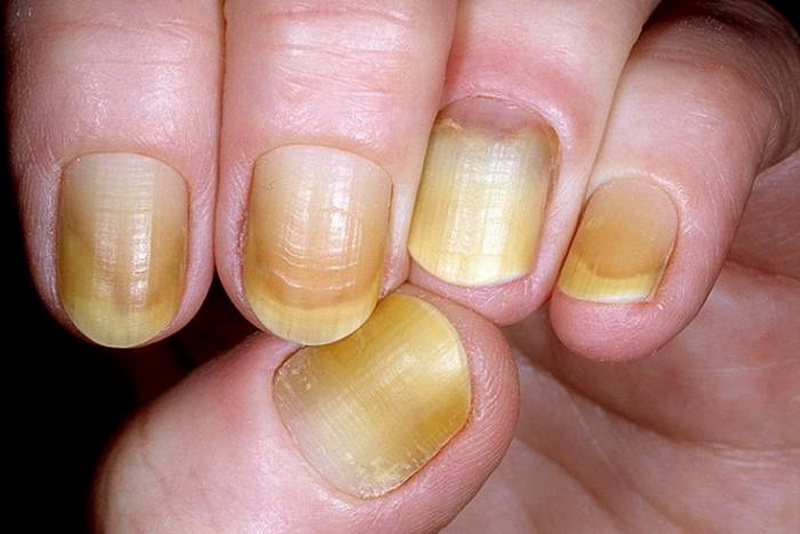 pale nails often indicate anaemia. It most commonly occurs in smokers and diabetics. 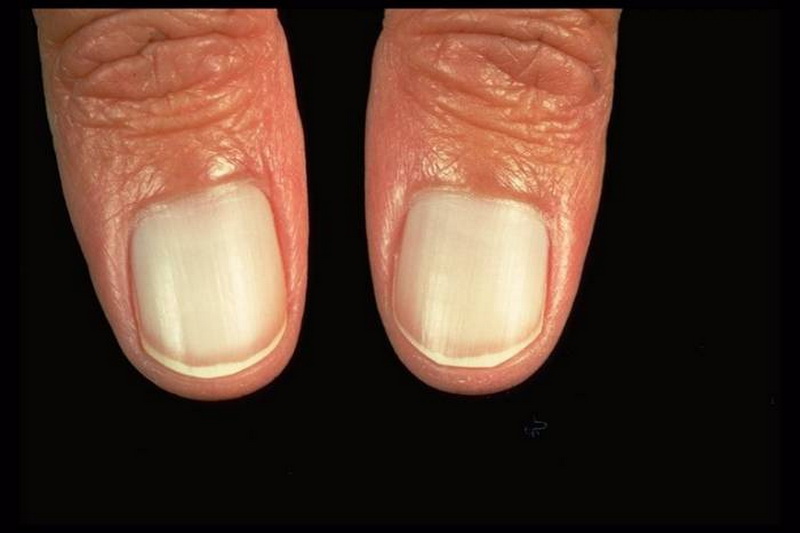 this may occur due to an injury beneath the nail, and if so will go away automatically as the injury heals. But if it appears without any injury, it may indicate a serious skin disease and should garner medical attention. 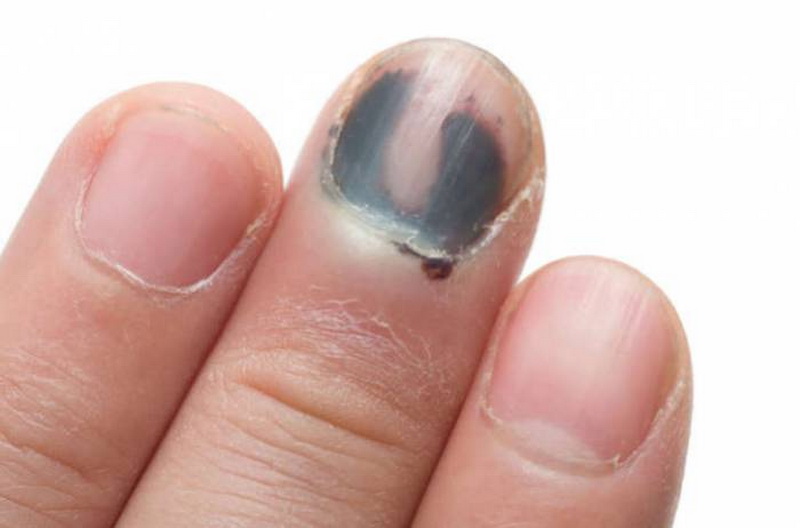 if the tip of your light coloured nail is reddish or brown, this indicates kidney malfunction. You should definitely look into that. 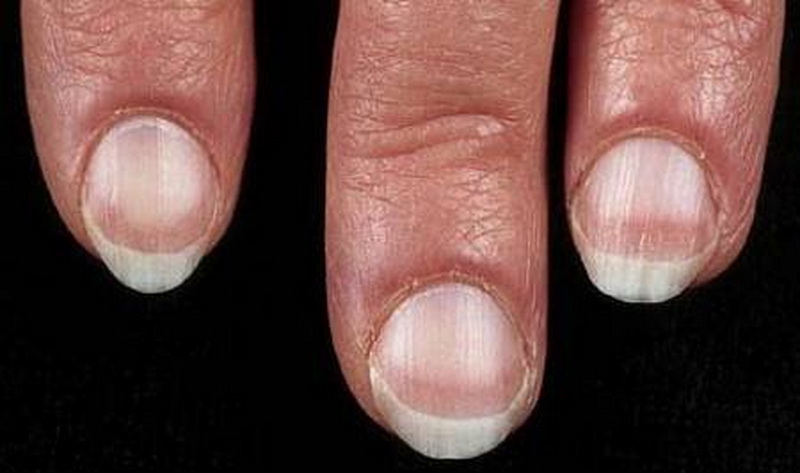 nails turn blue with lack of blood supply to them. So, this may be because of a weak heart or a lung disorder. 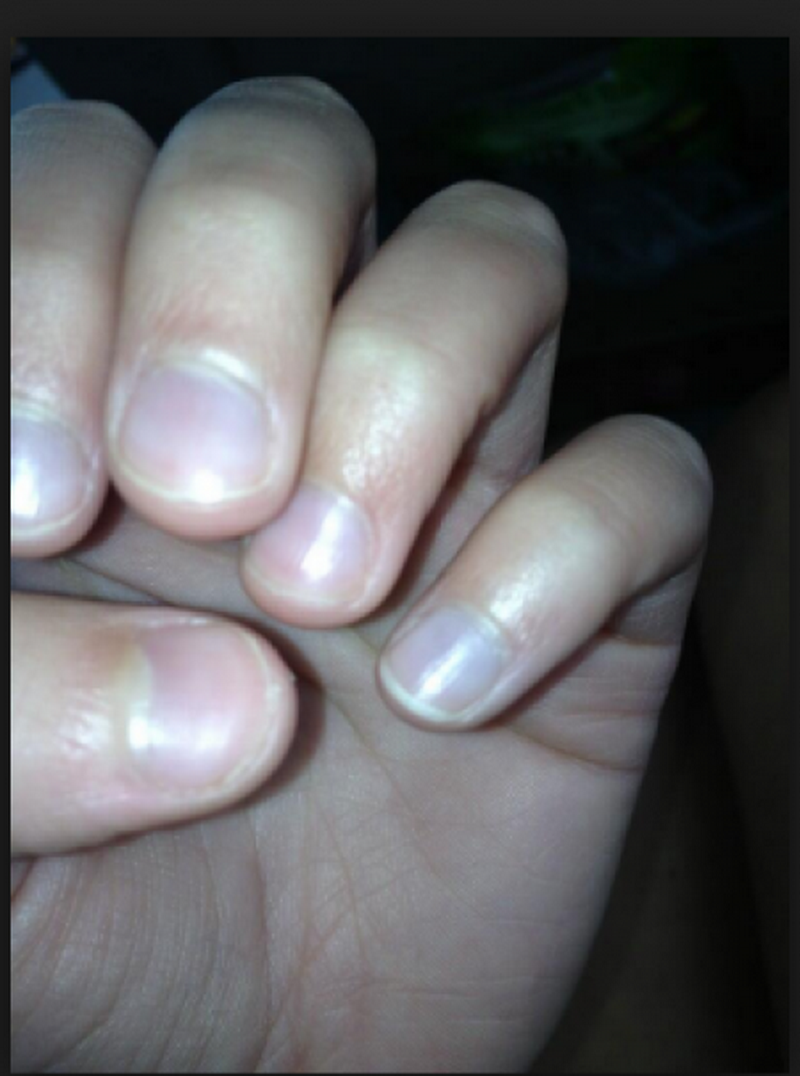 inflammation in the nail bed is usually the cause of this. However, it may also be a sign of diabetes, thyroid malfunction, iron deficiency anaemia or in rare cases, nail tumor. 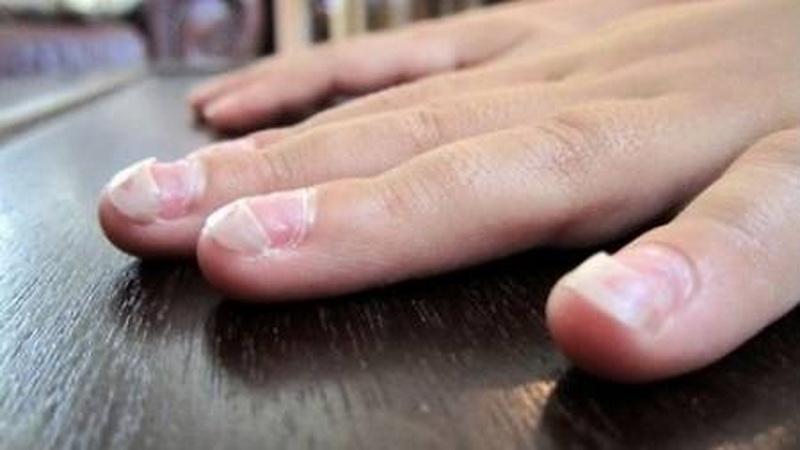 psoriasis may cause the appearance of little slivers of blood on nails. It may destroy the nail completely in some cases. But this doesn’t always get to nails. 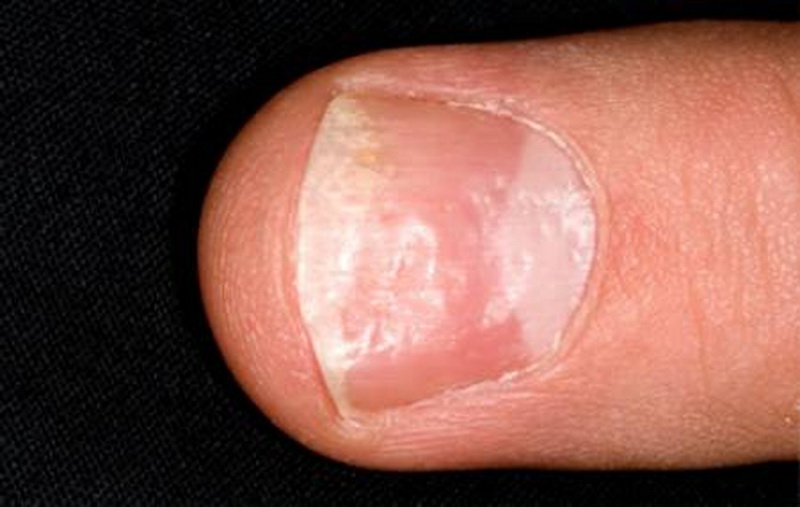