Unquestionably, the world is full of mysteries. Every corner of the planet is associated with some kind of mystery or unusual phenomenon. Since ages, human experiences occurrence of lot of natural phenomena right from flowering deserts to underwater crop circles. Some instances are so unfathomable and bizarre that your mind will refuse to trust that such phenomenon really presents somewhere. Stay back and get prepare yourself since this guide will definitely astonish you as here you will explore 30 most stunning, yet weird, unusual miracles that happen on our planet, the Earth.

if you are not sure about looks of thunderstorm from sky then you must have to roll your eyes at this image. Most of you out there think that the image is not real. But, believe me guys, you are wrong. This picture is real. Actually, such phenomenon appears when thunderstorm lighting collides within a volcanic plume. 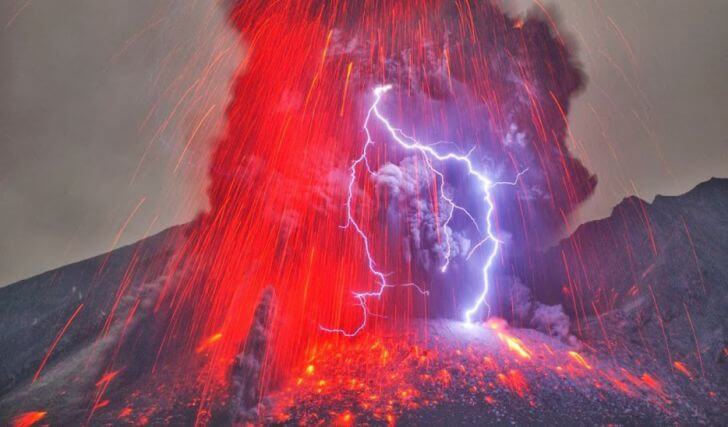 Don’t refer this image as a horrible Hollywood movie scene. No one can’t imagine the real hell but can sketch the actual gate to hell. Moreover, such gate might present in this world. 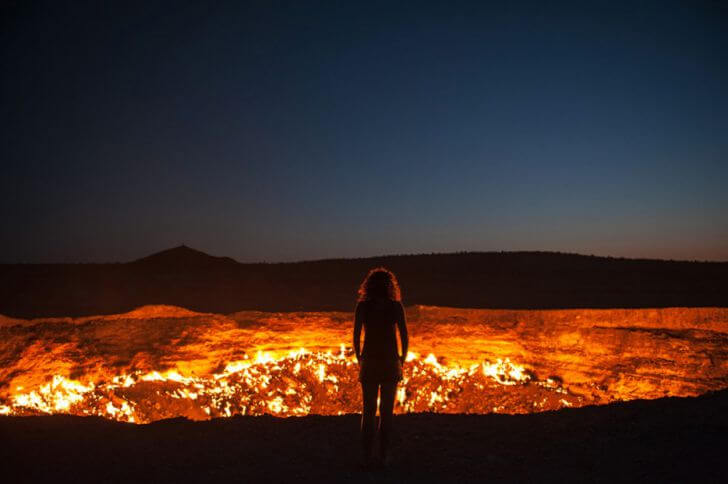 Have you ever seen millions of crab at one instance…? If not, then just go to Christmas Island. Yes, you read right. Christmas Island is situated within the Indian Ocean. This place is the second home of millions red crabs after the forest. During wet weather, these crabs travel from their first home to the seashore to increase their population. 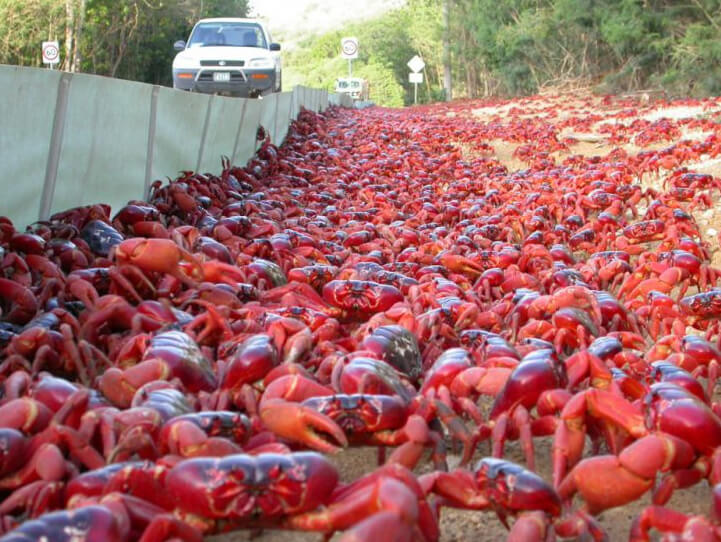 This picture is of Namib Desert. No one knows the real reason behind the cause of these extraordinary circles that spread throughout the desert. There are numerous stories associated with this place. 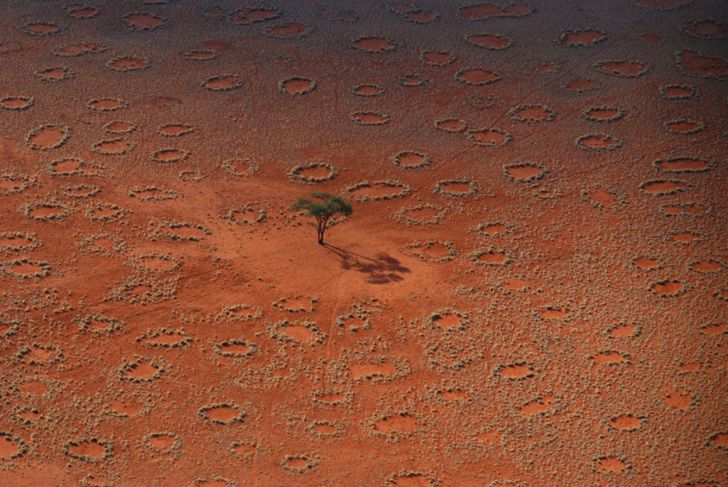 No, I’m not joking. There are many rocks and stones in the Death Valley that move on the desert floor. The best part of this movement is that there is no involvement of any animal or human. The real reason behind the stone movement is still mysterious. 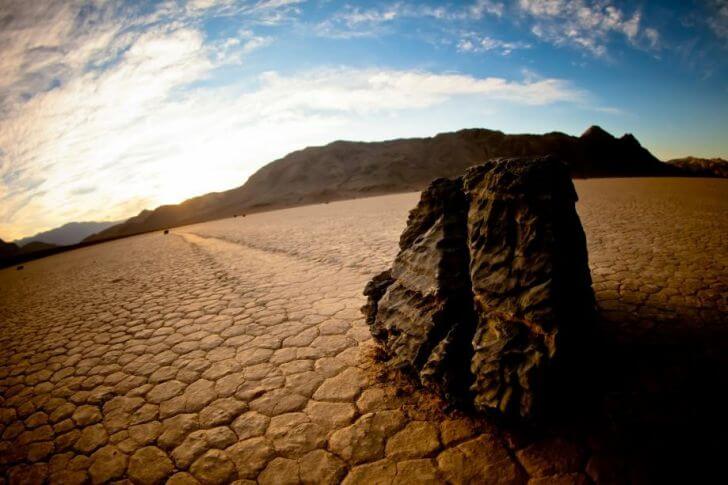 Love surfing..? Just hold your surfboard and avail benefit of incredible surfing at tidal bores. Bores that are shown in pictures are common in numerous places around the globe. Such bores appear when incoming ocean wave creates a tide that moves beside the flow of water. Tidal bores are incredible. 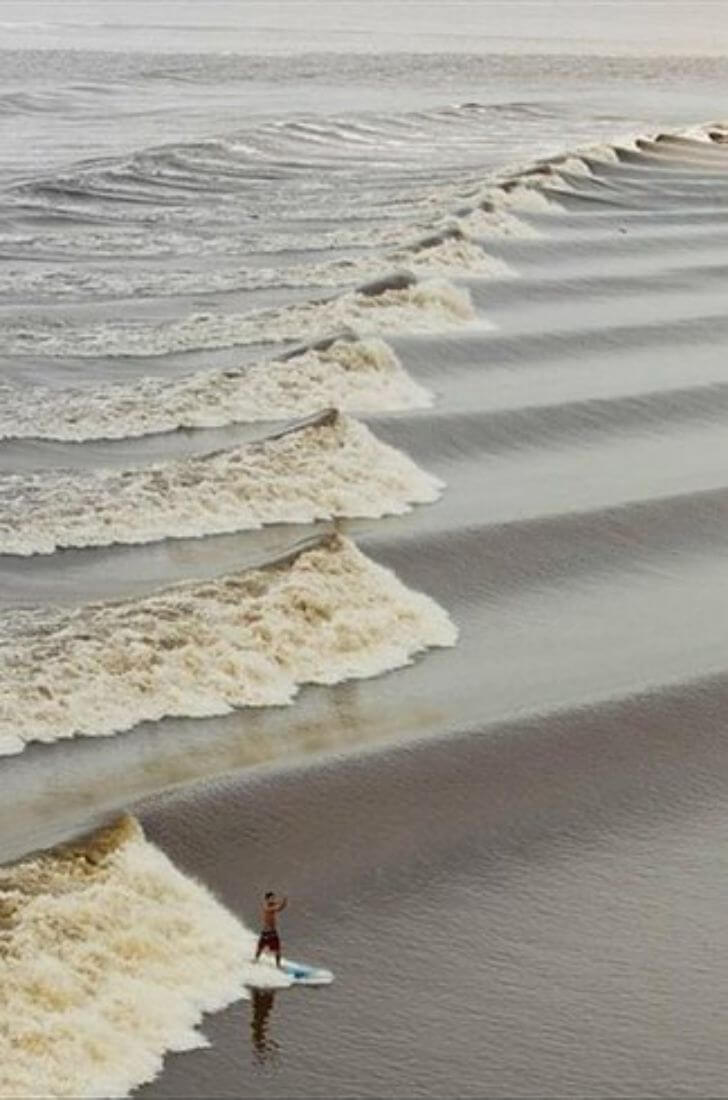 7. Flowers in the desert-

Usually, flowers and deserts never meet at the same instance. This occurs only when there is excess rainfall that results in flowers and vegetation grow in huge quantity. The real time example of this phenomenon is Chile’s Atacama Desert. 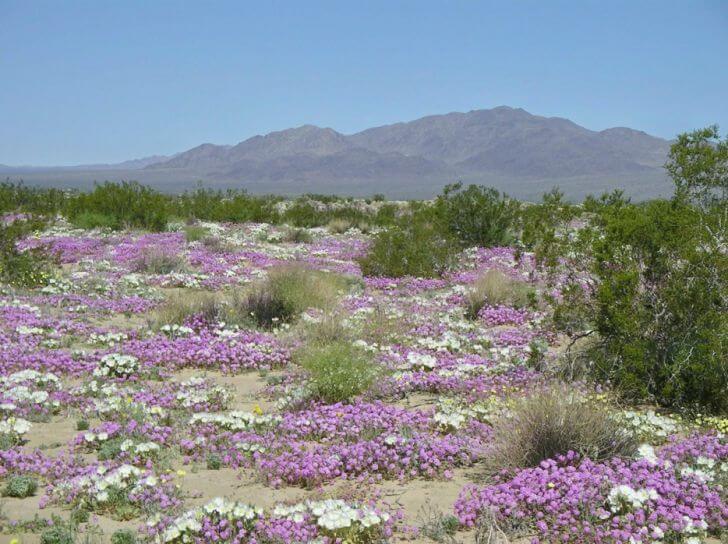 These are also known as circular horizontal arcs. In fact, in reality, they are not a rainbow or fire; they are just the special optical activity that appears when all situations are at right positions. Definitely, fire rainbows are amazing but happen once in a decade. 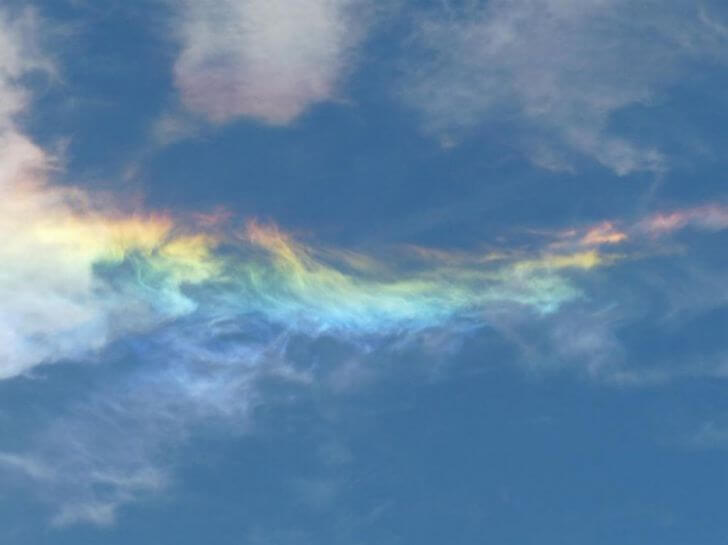 Mount Olympus is always in the news due to the appearance of massive lenticular clouds. Most of the scientists and researchers associate these clouds with UFO sightings. Due to which, these clouds are known as UFO clouds. 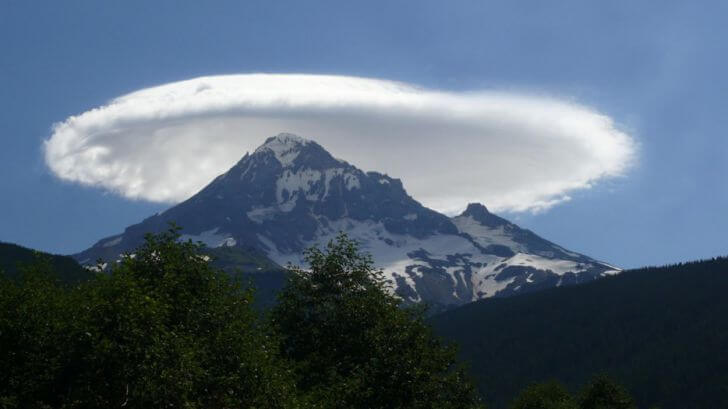 in addition to UFO clouds, there are also such clouds that are defined by their design of pouches. These pouches are hung underneath of the clouds due to which they are also known as ‘breast clouds’. Mammary clouds are rarest cloud types. 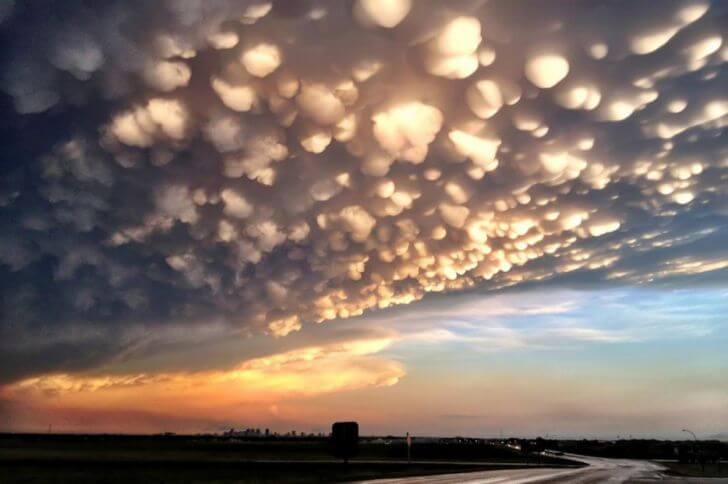 These clouds are another masterpiece of God that usually appear in winter polar stratosphere. These clouds offer you great sight to see. 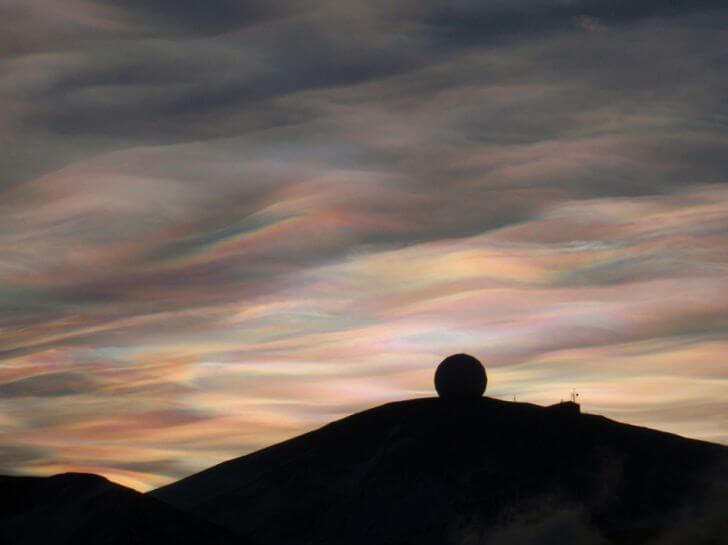 this cloud type is one of the recent cloud discoveries moreover occurs due to wave’s resemblance. The picture let you think that clouds are in a rough mood. 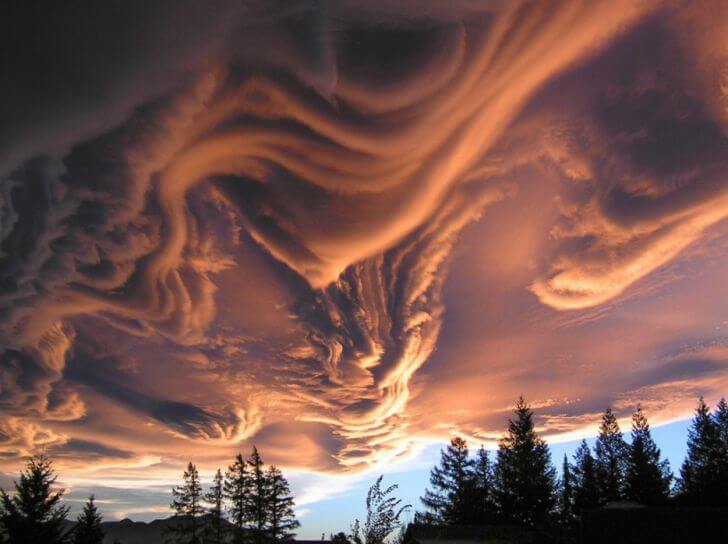 This image is of Tanzanian lake, Natron. This is one of the popular places of East African flamingos that are supposed to breed. 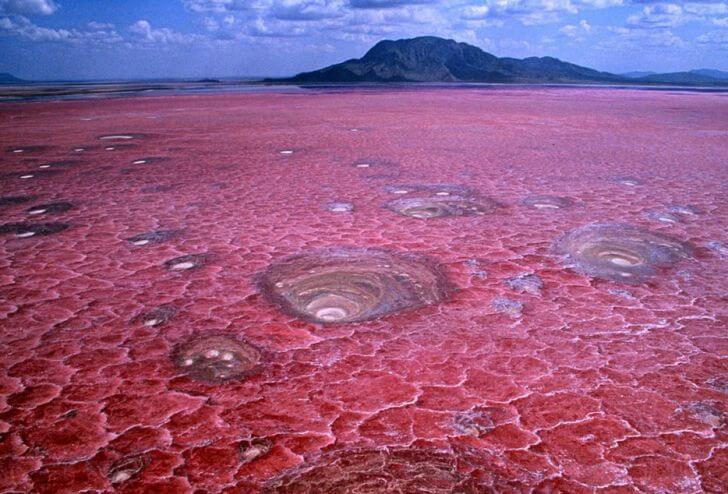 This Canada’s spotted lake is rich in magnesium sulfate, calcium along with sodium phosphate. The best part of this lake is that no one knows the real reason behind the occurrence of such chemicals within the lake. 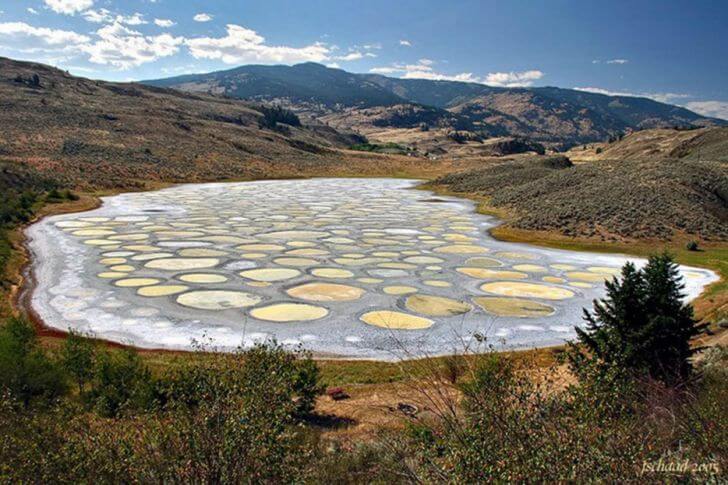 Wow, these waves are incredible. Obviously, light waves are real and present in the beautiful city of Maldives. Light waves appear when a unique sort of plankton mixes with the waves. 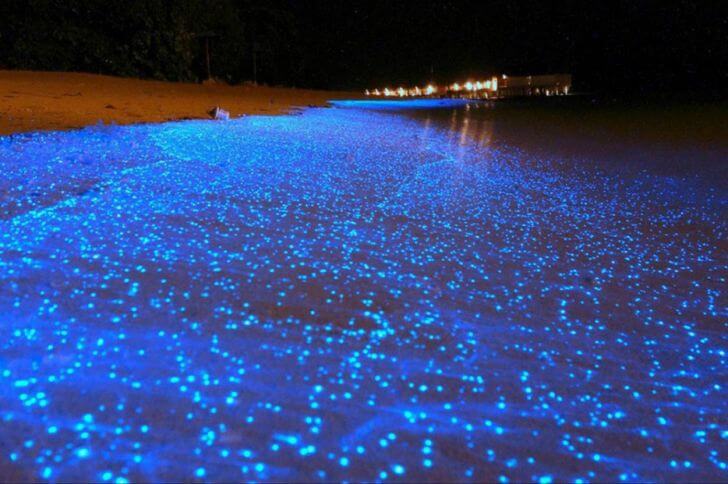 Such tide appears when water turns into reddish due to special atmospheric conditions. It’s just an optical appearance so don’t worry, your life is not ending today.

It is one of the oldest natural activities noticed by humans. Over the Earth, there is numerous such areas present that holds ice crystals in the natural environment. When light falls on these ice crystals, special light pillars start appearing. Many times, these light pillars are mistaken as UFO sightings. 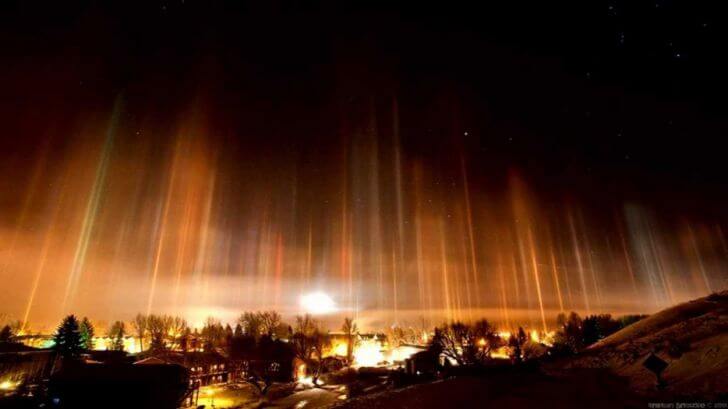 this exciting rainbow natural phenomenon occurs when a eucalyptus tree start shedding barks. The underneath bark changes its color naturally at every regular interval of time. 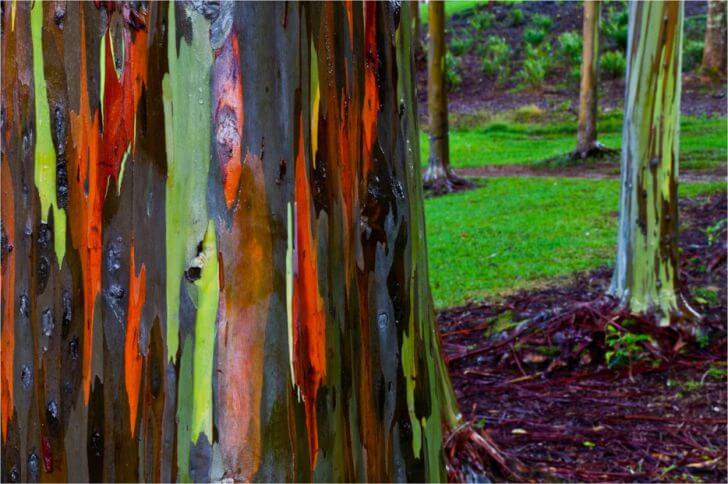 Actually, the ice flowers shown in picture are not natural. They occur when temperature reaches below 2 degree Celsius. Due to the low temperature, ice crystals often get the shape of a flower. 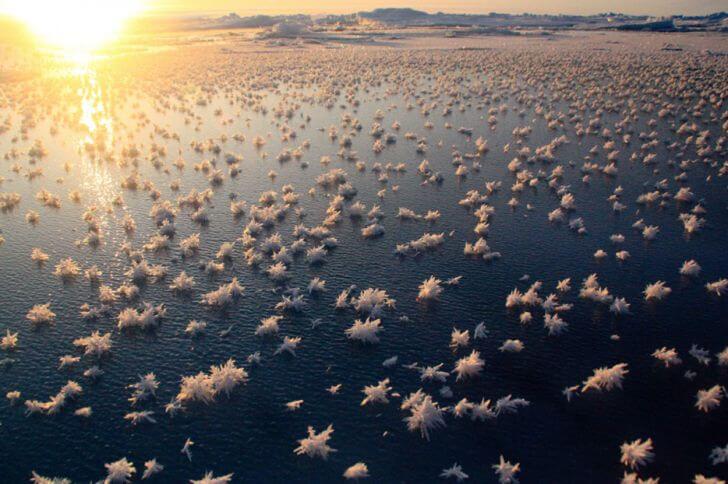 It’s looking amazing but it is very dangerous since it is world’s strongest tidal whirlpools. Undoubtedly, whirlpools are as lethal as they are astonishing. Whirlpool shown in pic is located in the Norwegian Sea. Don’t ever think to go close to it. 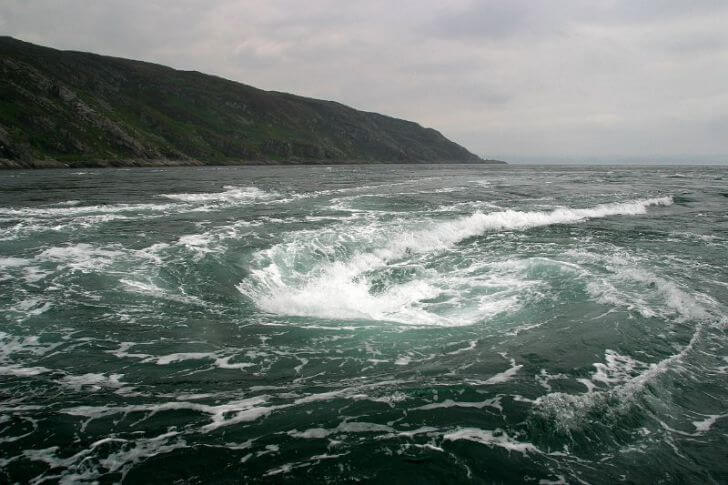 Don’t astonish. The crop circles that are shown in picture are not real. It’s just an art created by puffer fishes to reproduce. Many deep water explorer experts are assumed that such crop circles are frequently seen off the seashore of Japan. 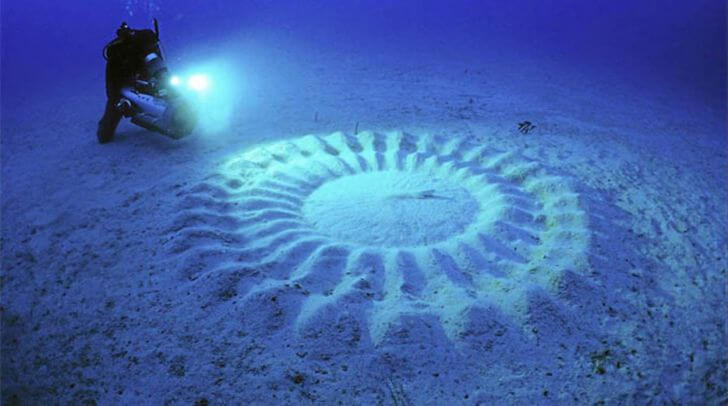 If you remember the incredible Hollywood movie, ‘The Lord of The Rings’, then you will find that shown spherical boulders are the same that are used in the world of Frodo and Gandalf. These boulders are located in New Zealand. Most of the boulders are unique and large in size that is the main reason due to which locations with such boulders are becoming a popular tourist place. Mostly, boulders are made up of coastal erosion and mud. 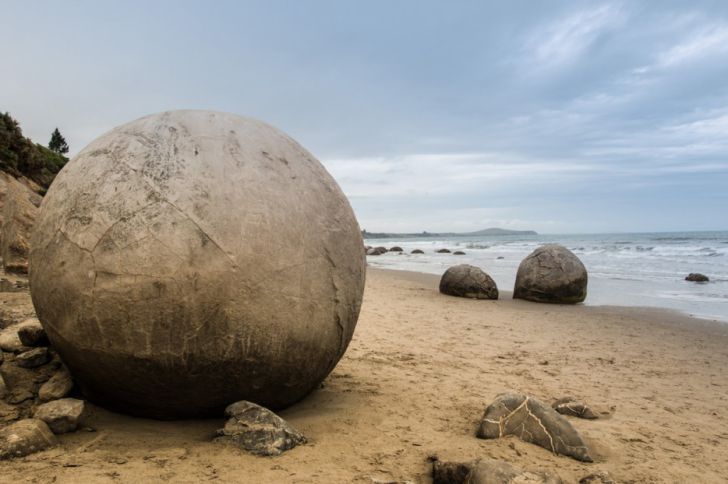 Wow, it’s looking really great and beautiful. Don’t take it easy on great blue hole shown in the picture is more than 125 meters wide and 300 meters in depth. Yes, you are right. It is the same massive blue hole that was appeared off the coast of Belize. 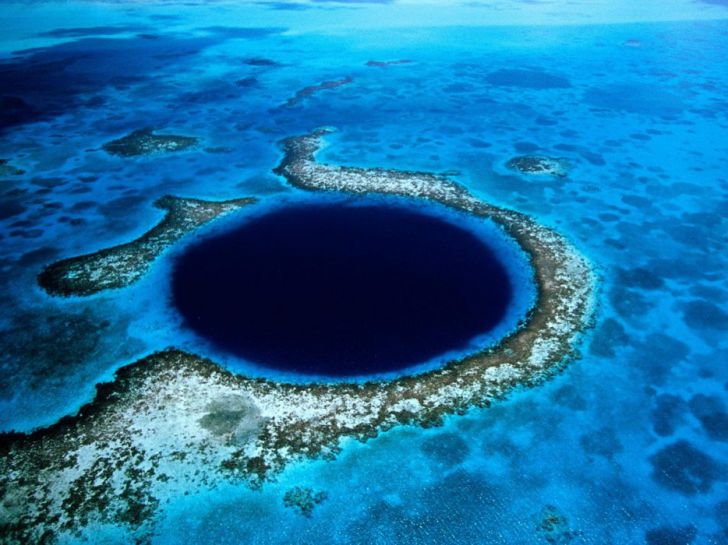 This phenomenon take place in the United Kingdom when more than ten thousand birds are seen in the sky at the time of sunset. 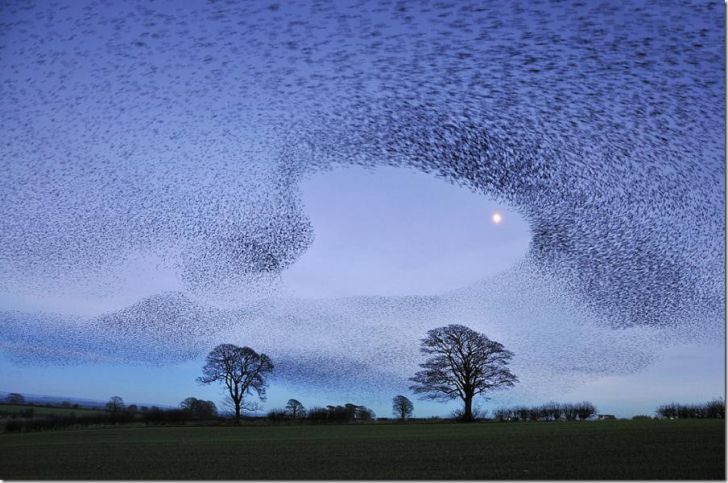 It’s looking both beautiful and dangerous at the same moment. This natural activity occurs throughout from May to July in the coast of South Africa. This happens when millions of sardines travel to North. 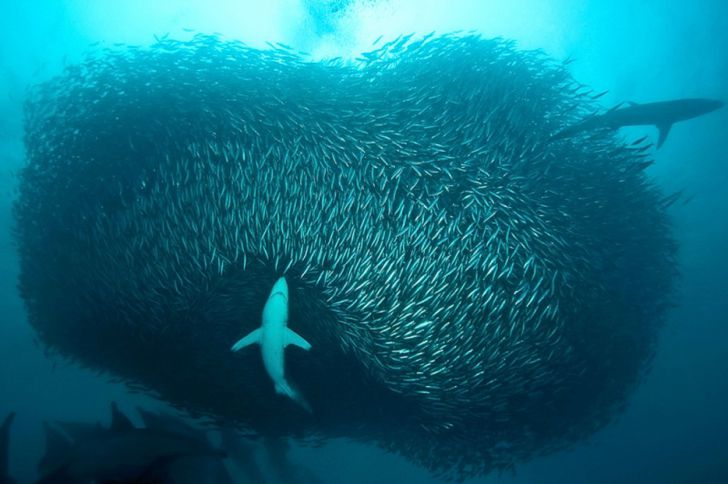 The area, Giant’s Causeway shown in the image is made up of more than forty thousand interlocking columns. The best part of this location is that it is one of the most visited places in Northern Ireland. 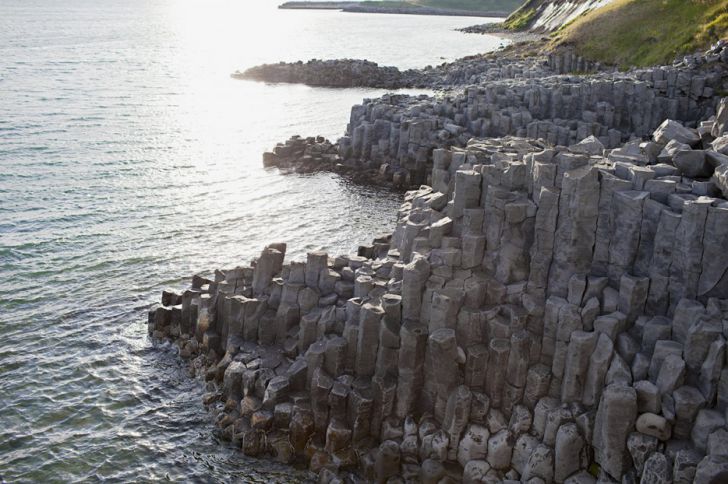 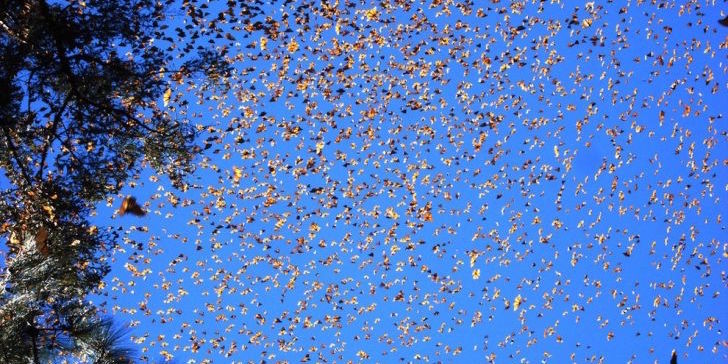 The picture is taken in 2012 when more than thirteen thousand citizens of Wagga Waggaleave their home due to floodwaters. This place is located in Australia. 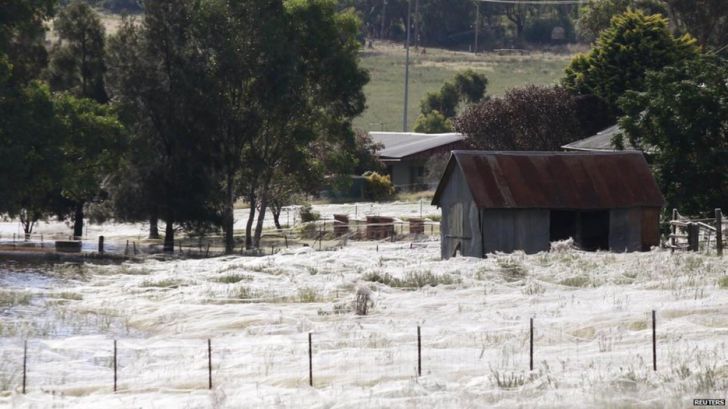 It is another freaking phenomenon of thunderstorms occurs in Catatumbo River in Venezuela.

It is last, but definitely not the least. In the Canadian province of Alberta, there is a lake named as Lake Abraham where you will find such things. No one knows that how actually it works. But the reality is that there are ice and fire at same place and moment. 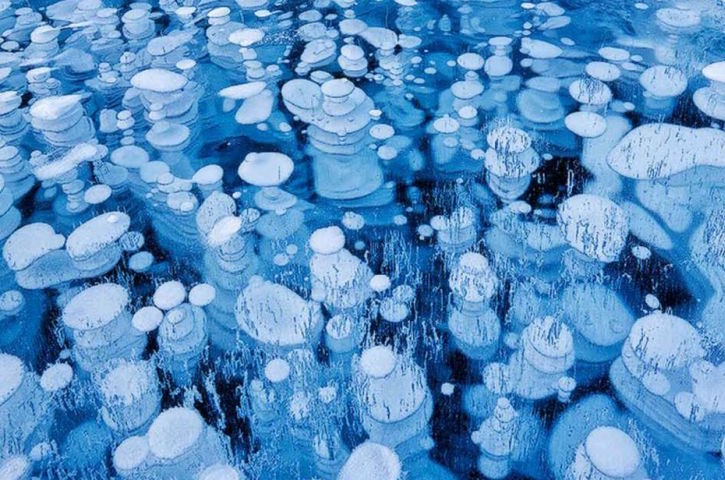