Please note that both physical and emotional abuse reported in relationships has been discussed here.

Every nine seconds, a woman in the USA is subjected to physical abuse or assault, as reported by the National Coalition Against Domestic Violence. Most people consider physical violence to be extremely important, and they are not wrong but there are other forms of abuse as well, which can’t be understood so easily since they rarely show any signs. We are talking about emotional abuse, which is far more common in relationships than physical abuse. Manipulation, fear and cruelty are the main aspects of emotional abuse. To make people aware of this problem, #MaybeHeDoesntHitYou has become so popular on Twitter –it is trying to make people realise that domestic abuse doesn’t always mean physical abuse.

2.   This began on 2nd May, when Zahira Kelly, artist and writer, used the hashtag for the first time. 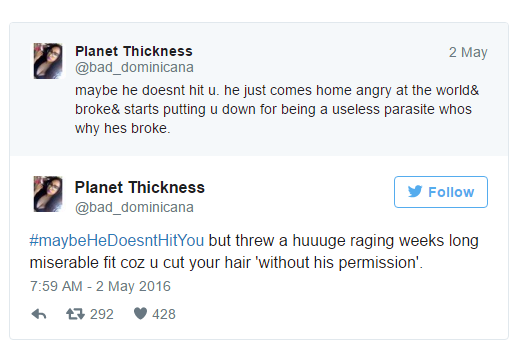 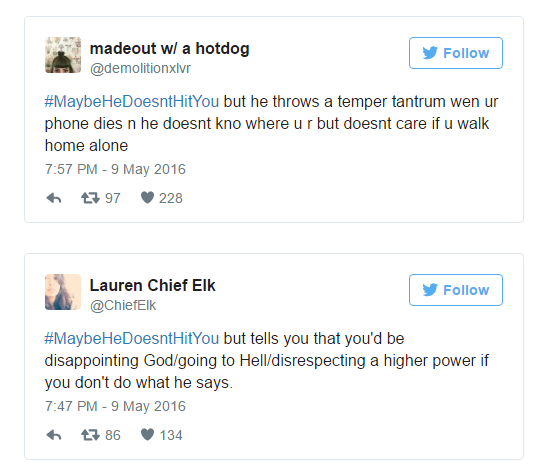 4. Others pointed out how intimidation and manipulation is associated with arguments. 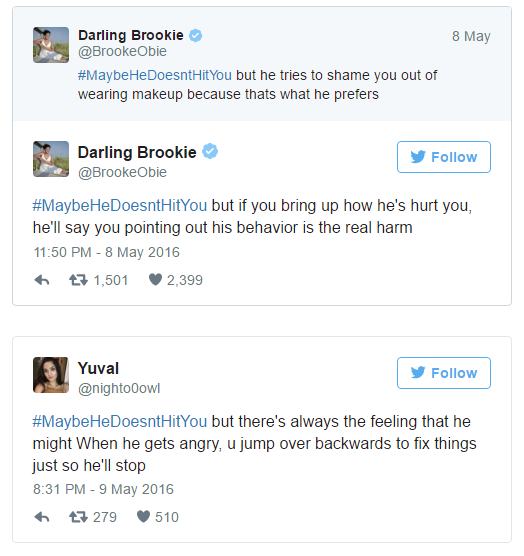 5. There were others who posted about the how isolated and alone one feels in anemotionally abusive relationship: 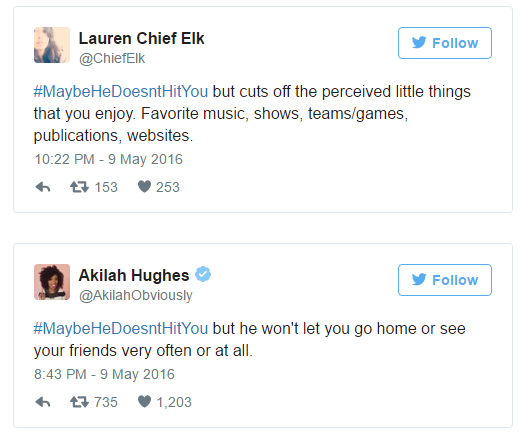 6. Losing confidence and completely breaking down, which ultimately are used to manipulate and trap you, are also parts of emotional abuse. 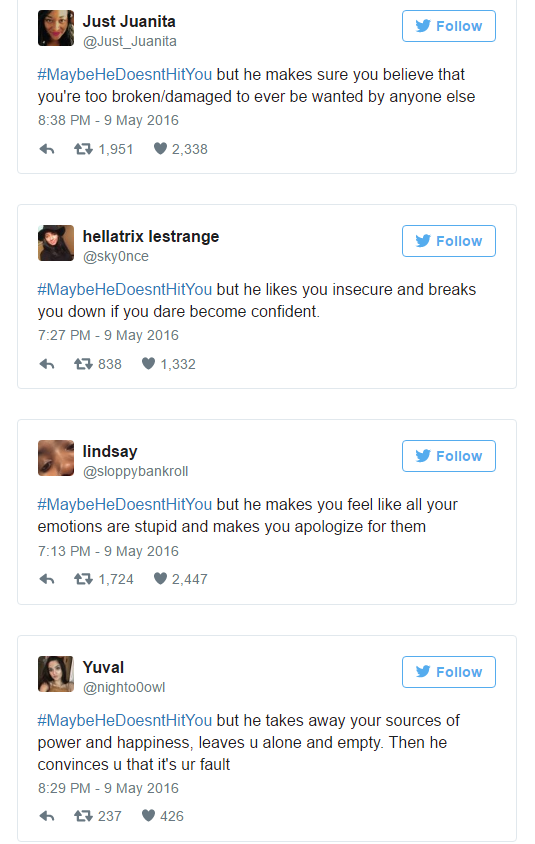 According to Nancy Friauf, president of the Partnership Against Domestic Violence, emotional abuse along with verbal abuse might indicate that your partner is or will be abusive in the future.

It has been noticed that in most cases, manipulation and verbal abuse are used to ensure that the partner doesn’t resort to outside help in such cases. Friauf added that if someone is constantly told that she is stupid and completely worthless, that will completely destroy her confidence, and this will impact her work and everyday life and make her believe that she is a complete failure. “The main motive is to completely make her isolated so that she doesn’t have any other ideas or doesn’t ask others for help.”

This is an extremely serious matter, since domestic abuse is actually present in almost every relationship in some form or the other. If you believe that you are being emotionally abused, remember that you are not alone; there is a 24 hotline at 404-873-1766where you can seek help from the Partnership Against Domestic Violence.