Ed Gein was a man that was close to his mother, perhaps too close. He showed signs of psychological defects from a young age, but when his mother passed away, in 1945, something in him snapped, perhaps pulling him deeper into the psychological abyss, a darker part of him. 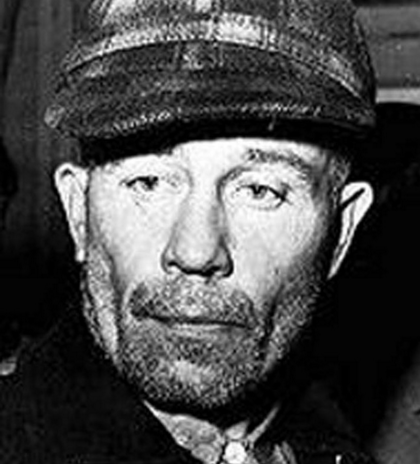 While Gein actually only killed two people he came to a macabre habit to rob graves after his mother’s death. He admitted after his arrest that he made 40 trips to local graveyards since his mother’s passing. He described that going on those graveyard trips he often felt as if he was in a sort of a daze. In 30 of those trips he did snap out of the ‘daze’ while on his way to the cemetery and he turned around and went home. Of course the other times he ‘excavated’ the bodies of recently buried middle-aged women that to him resembled his mother. 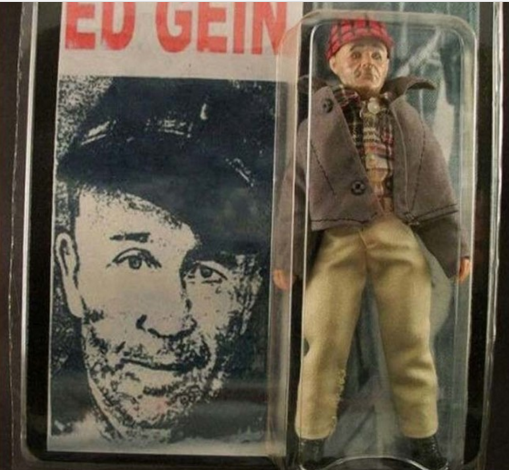 Strange enough, shortly after his mother died Gein decided that he wanted a sex change. The closest thing he could come to getting a sex change was to create a ‘woman’s suit’ from the skin of the bodies he dug up. He would bring the bodies back home with him, skin them, and then tan the skin so that it could be molded into suits that he wore regularly. It is not public knowledge how many of those suits were found at Gein’s home. He admitted that he robbed a total of nine graves. Skin suits were not all of the ‘craft projects’ the police found when they arrested him… 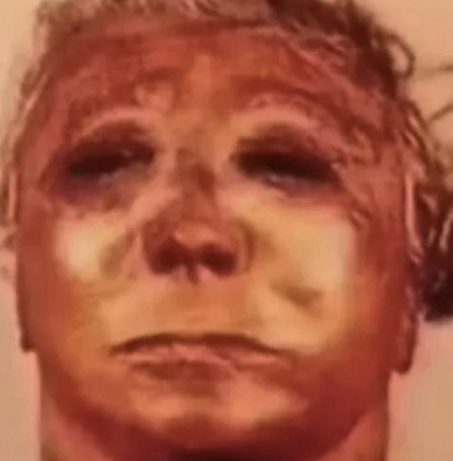 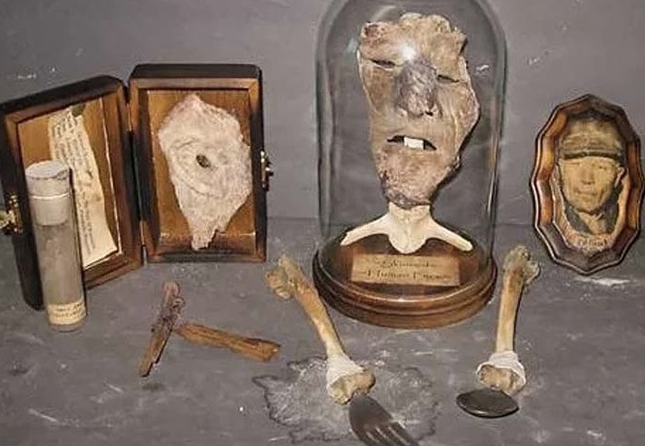 5. This disturbing necklace was made from human tongues. 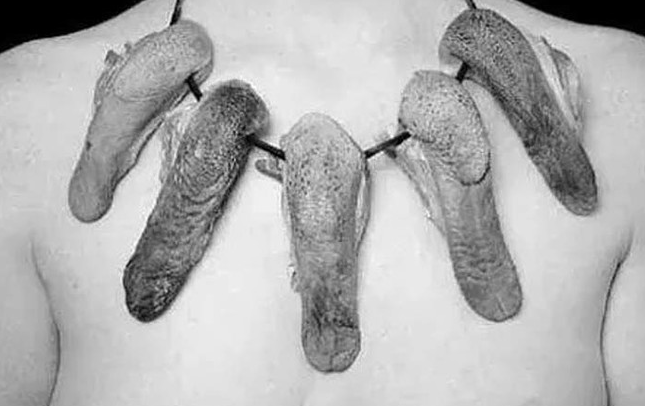 6. He made this belt from a bunch of human nipples. 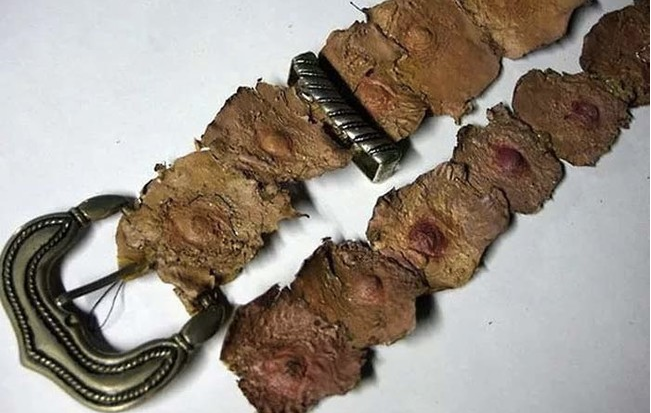 7. These were Gein’s work gloves…which were also made from human skin 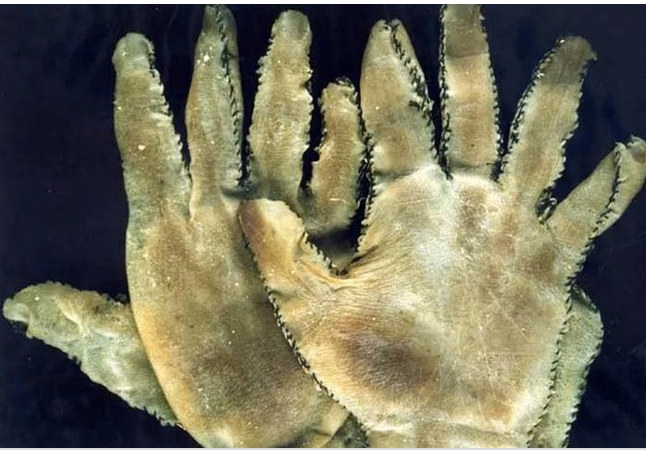 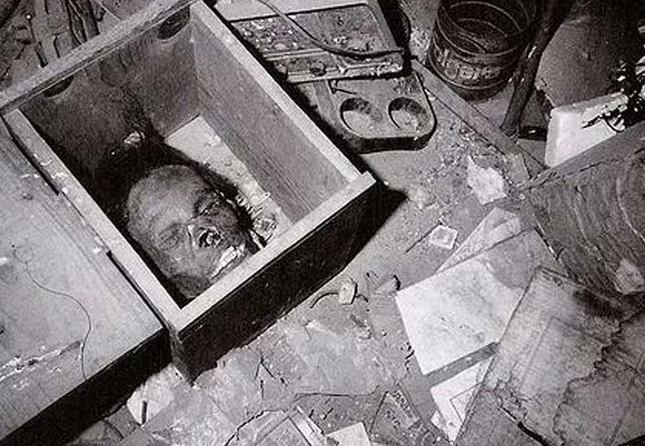 9. Various pieces of furniture inside Gein’s home were crafted from skin and body parts, like this trunk.

The killer took up the art of upholstery so that he could cover the furniture he already had with flesh. Police even found a lampshade made out of skin. 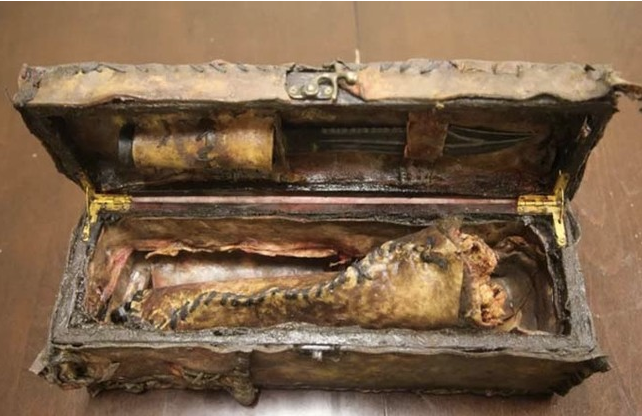 10. Despite an abundance of dead bodies in his house Gein claimed that he never had sex with any of them. The reason? “They smelled too bad,” he said. 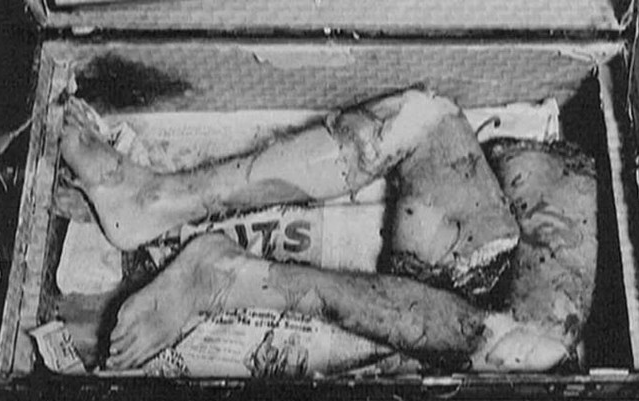 11. Luckily for Gein, he was found not guilty by reason of insanity.

Despite all the dead bodies that they found in his house Gein claimed that he never committed any act of necrophilia with the corpses. According to him they smelled too bad. Gein was found not guily by reason of Insanity. 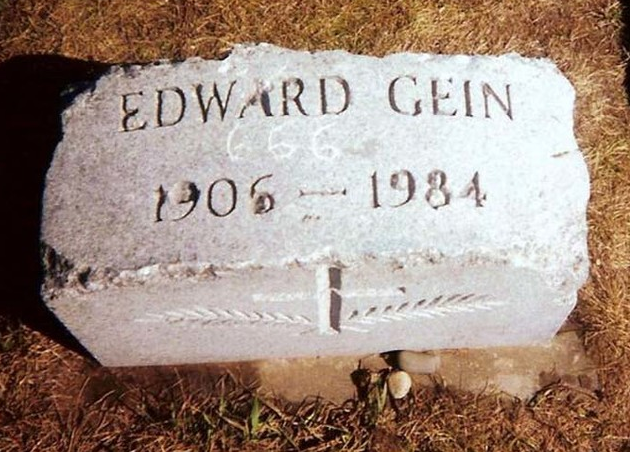