There are many creepy things we see on the internet, stories people share and it is so easy to get on the net and read it. From ghost stories to horror stories of things that actually happen. We learn about everything around us. There are even medical horror stories that make their rounds, which scare us so much that we realise we take our health for granted. Besides cancer, we can al be so lucky that we don’t have disgusting parasites taking their toll on our health. Here are a whole bunch of stories, 7 to be exact of some horribly disgusting things found in people’s bodies. Next time you itch, you will start to worry, so be warned!

This is one story that will probably make you stop eating sushi! This is an X-ray of a Chinese guys chest in which the doctors believe that he ate sushi containing the worms inside the fish and the ate way too much of it. Creepy isn’t it? 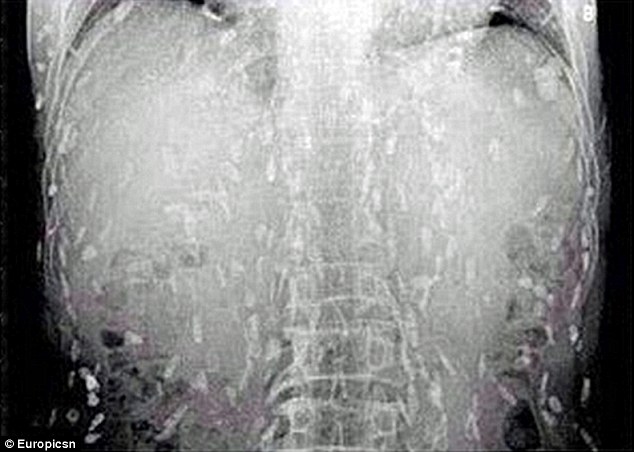 Arachnophobia is one of the most common fears we have in this day and age. But this guy, Dylan Thomas at the age of 21, his story being quite shocking. There was a spider found under his skin! How did it get there? Supposedly the spider crawled in through his scar that he has had from an operation from long ago. 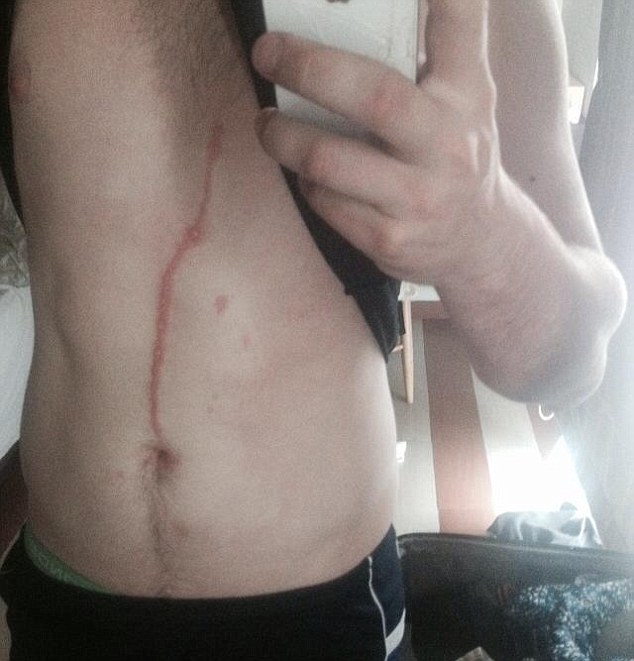 If you feel a little crazy at times, I assure you that this isn’t what is happening to you… most likely. This guy, Aaron Dallas from Carbondale, USA started to hear voices inside his head. As the days went by it started to get worse and he started to get crazier. Eventually he was taken to a doctor, and they found that a whole bunch of Botfly maggots were pretty much living inside his scalp, eating his flesh as they grew. Nasty. 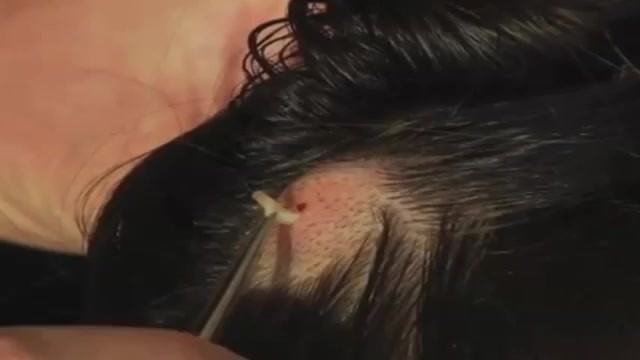 An Australian couple from Sydney, Bryan Williams and Ally Vagg had started to notice some weird things happening to their body. Eventually they went to a doctor where they were in Bolivia, and they discovered a lot of Botfly larvae growing and eating their flesh from the inside. 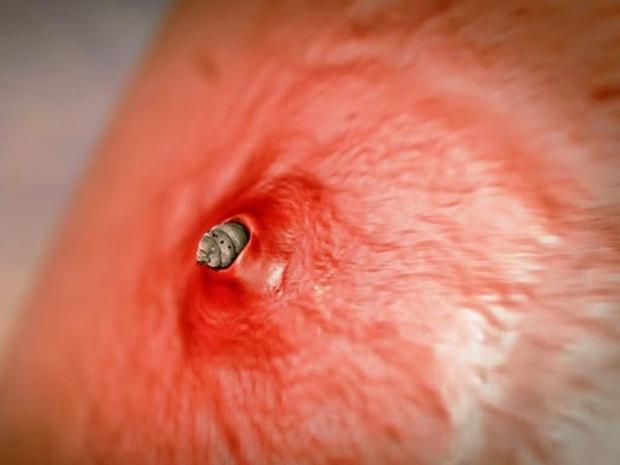 A parasitic bug known as a Chigoe Flea had laid a numerous amount of eggs inside his foot. Matthew O’Donnell in Plymouth University was left with this hole in his foot. 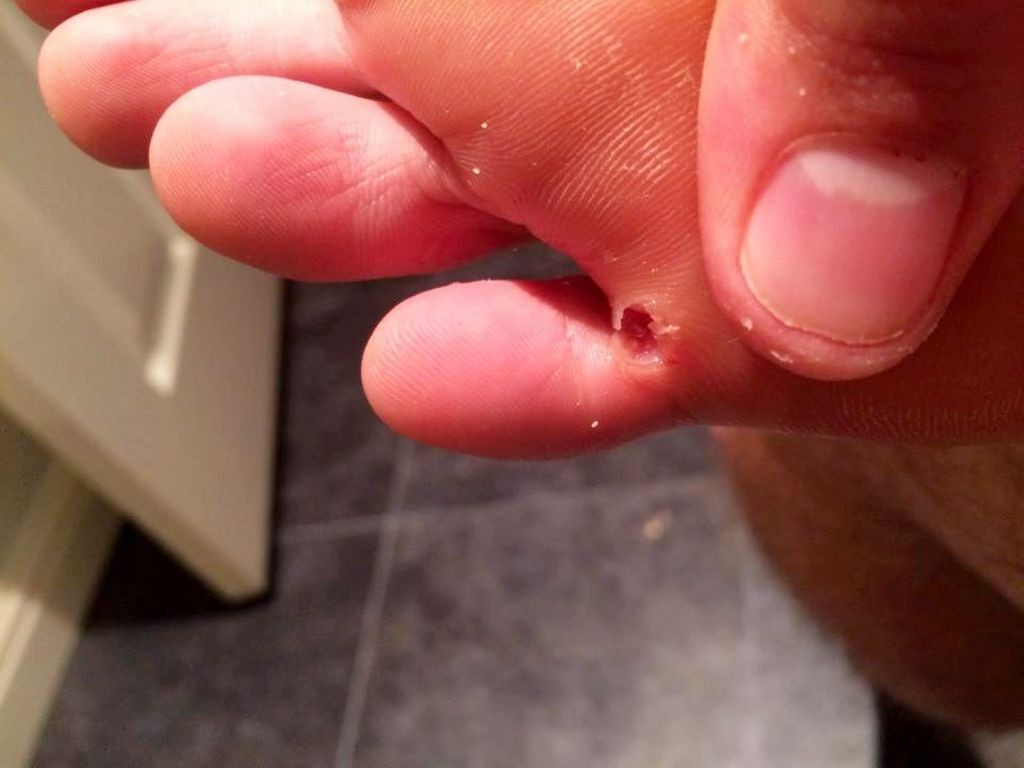 6. Worm inside an Eye

In India, P.K. Krishnamurthy had what he thought was just an average eye infection. After it started to get much worse he made a visit the doctor. They discovered there was a worm living inside his cornea, when they pulled it out it was already 13cm long! 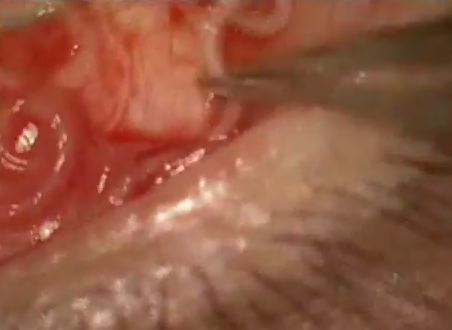 This Chinese man soon discovered that he was developing these little sores that were also swelling up. They were developing all over his body, so he visited the doctor. They found that the sores were the parts of his flesh that were being eaten by parasites living in his skin. 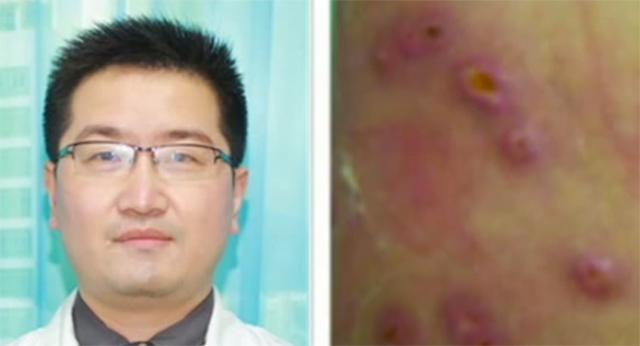