Dating is not for everyone. It needs certain qualities. Check out some Signs That Show You Have Never Ever Dated Before

Is it Valentine’s day tomorrow? Who cares? To you it sounds nothing more than a regular day.

For you a token of affection like kiss is ‘insanitary exchange of germs and saliva’ and cuddling is like ‘unpleasant contact with a foul body odour’.

Day-dreaming about your latest celebrity crush is the one thing you enjoy the most.

There is considerate amount of change in the way you carry yourself or dress.

Your spirit is totally care-free.

Your idea of an ideal date is derived from a romantic movie.

You secretly smile when a complimented by the opposite sex.

You are amazed when your friends who are in a relationship tells you about their extravagant phone bill.

You feel awkward when new people from the opposite s3xtry to hit on you.

Sometimes you feel jealous about the fact that people around you are in a relationship.

You always imagine yourself spending quality time with your imaginary lover. 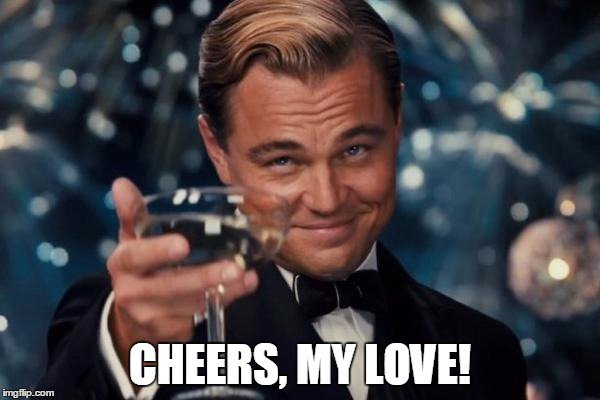 Your inner devils are satisfied when you hear someone describing to you about the pangs of dating.

You are hesitant in asking someone out.

You have clear set of rules, and do’s and don’ts pre-defined for relationships.

You always wonder what it is to be like dating someone.

You have dreamed of all the places you would like to visit when you start dating someone.

Women are a complicated, often volatile species, it’s not that easy to understand a woman. but these 11 things we have come to know for sure.

Women are a walking paradox, use this chart if you need help with the explanation. 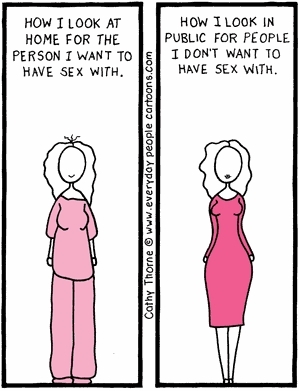 If men think they have any genitalia-related complaint, stuff a sock in it. 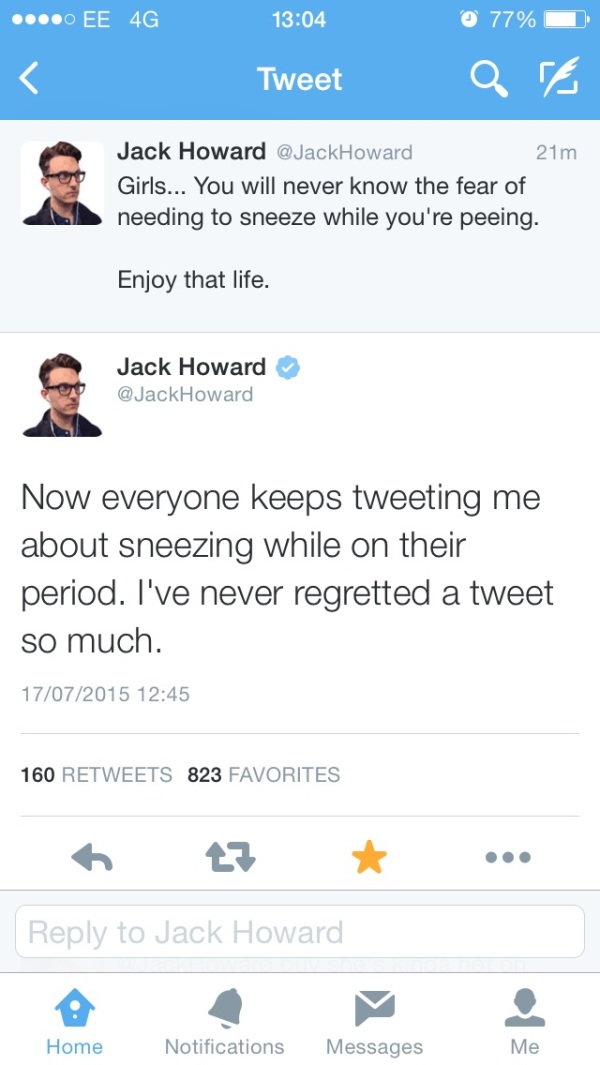 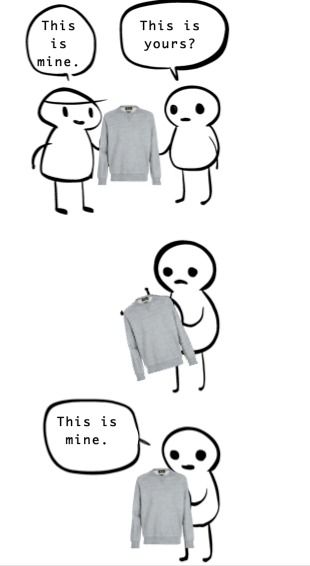 Instead of using the male phrase ‘no homo’, lesbians might need to start using ‘yes homo’ on the reg. 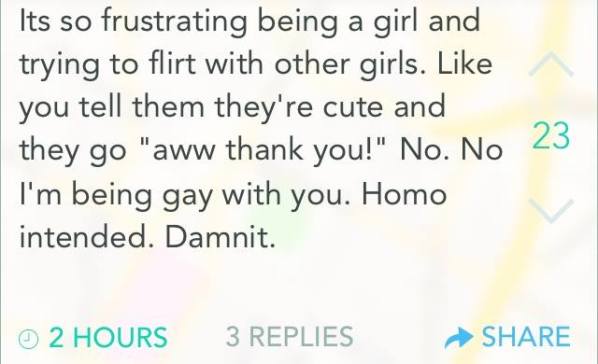 Why go through the time of searching the undie drawer for matching top and bottom when they are virtually all the same otherwise? 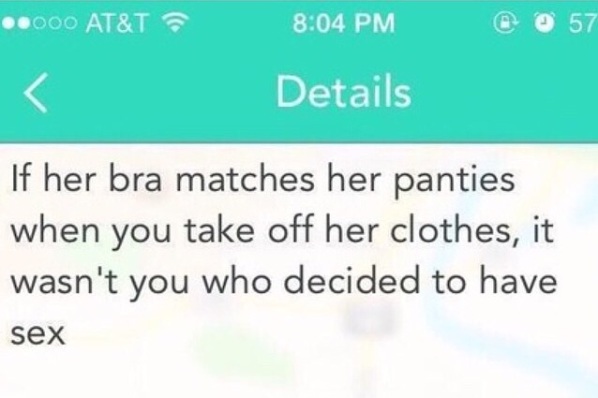 We do not completely understand this one, unless it is the picture of just how quickly a lady can make herself go from hot to homely.

Damn fashionistas did it again! Using female logic to rake in even more dough. This is just not fair. 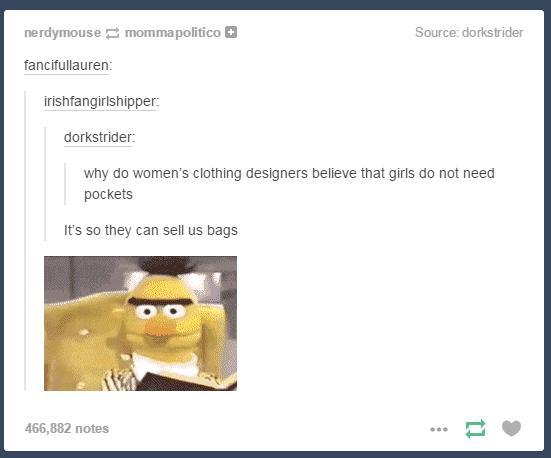 The land down under, like Australia, is a perilous terrain wrought with fright and terror. The vagina, we mean.

Women loves sweatpants, just as any man does. But for women, it is the sign of ultimate relaxation and not giving a f*ck-itude that represents total liberation. 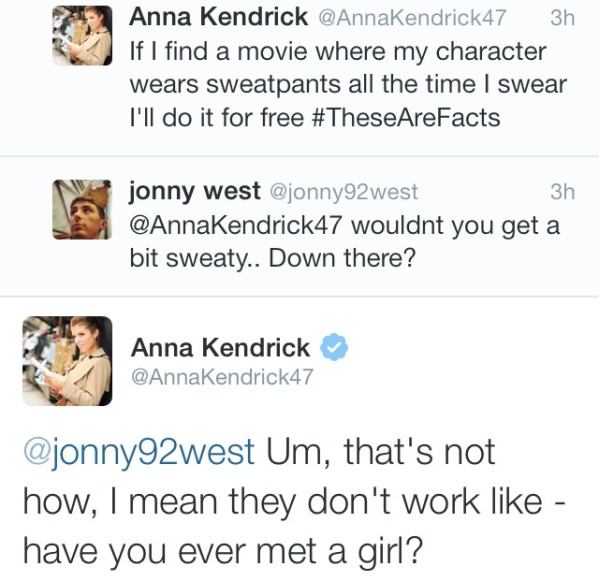 No guy is perfect, even though you appear to be. There is a flaw there somewhere, and by god she is going to find it! 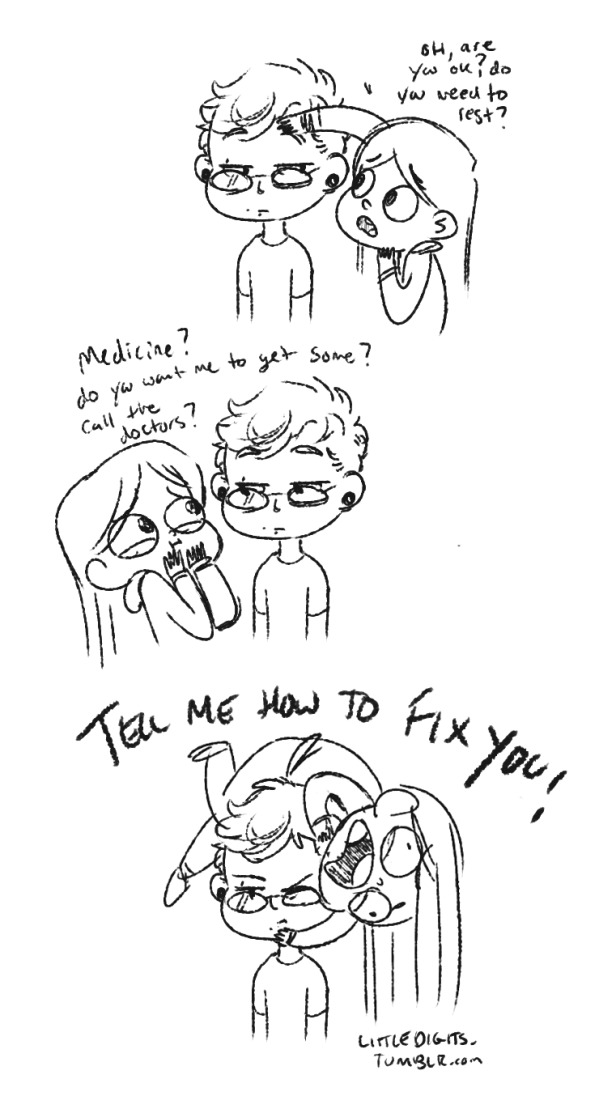 Sweater season is the season of sorcery and deception. Reveal yourself, ladies, the suspense is killing us slowly! 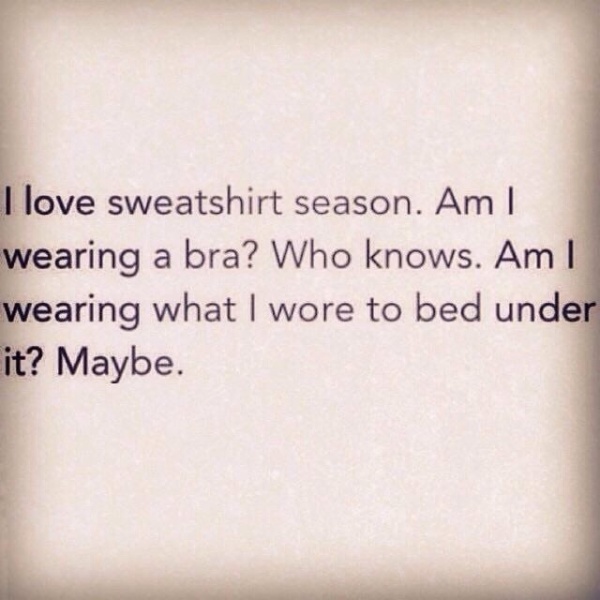 Modern era has reduced the differences and has brought males and females on the same direction. They are not any more diverse and can well oversee and additionally see one another. Obviously there are sure intrinsic attributes in them two which are unchangeable. These impalpable attributes open them to differences emerging from these distinctions. Normally we describe and characterize the expression “desire” for females just yet there are times when guys likewise have notable things in corner of their skull whereby they expect certain things. So this article is about what young men anticipate from young ladies and what really young ladies are similar to and how their conduct repudiates the assumptions of young men. Here is a rundown of things which are a bungle

That extra bit of clean house

Well young men are characteristically moderate, torpid, filthy and chaotic in the matter of cleaning their place. Then again, young ladies like to be deliberately organized with legitimate and here and there showy adornments. Here comes the break between the thoughts, young men normally like to negligence the piece of “well-kept house” which is well in disagreement to the unsmudged and unsoiled place of young ladies.

Without those vacant chips bundle and frosty beverage jars tossed around, we young men don’t feel complete, well by what method would I be able to overlook those stinky socks!

For the most part, young men anticipate from young ladies to be negligent of the piece of cleaning and overseeing things. It truly pesters when you tidy things up and they simply get filthy over and over. It is such an unpleasant employment to do. There can be a ton numerous fascinating things that should be possible as opposed to tidying things up. 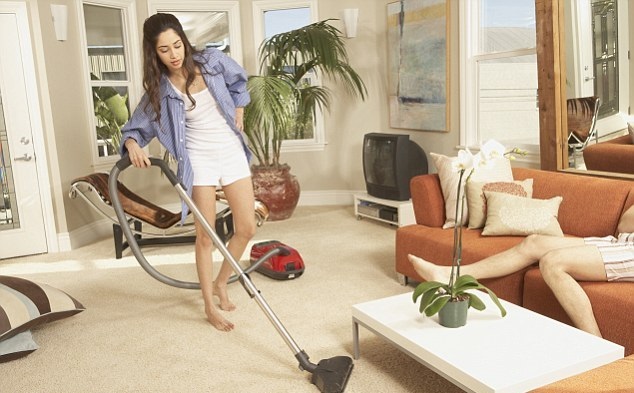 Yes, in light of the fact that if a young lady can love much else besides shopping, then its running with you for shopping. What is so energizing and immersing for her can turn into a frightening background for you. More often than not, young men anticipate that their young ladies will not be so much shopaholic and attempt to comprehend the lack of engagement of them.

Shopping is out and out her domain and you in no way can meddle in the principles. Among the other long, unusual, “stringent for you” governs, there is dependably a concealed proviso in the understanding that “trespassers will be arraigned”.

So on the off chance that you are the person who likewise anticipate that them will be less of shopaholic, then I would rather call you a numbskull in light of the fact that nothing can dismantle them from shopping. You attempt it and you are no more!

Furthermore, still on the off chance that you don’t trust me, go and google out a news of September 2013 when a man conferred suicide in light of the fact that his young lady was not prepared to quit shopping. So be careful people! 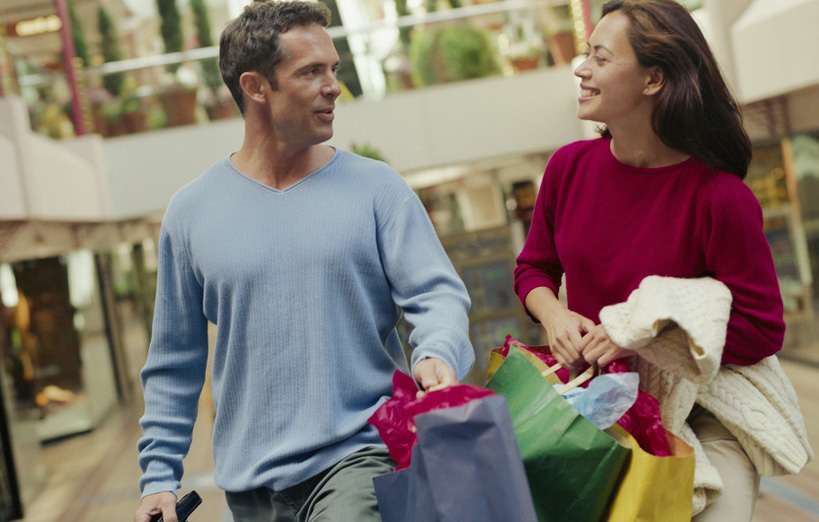 “Simply make sense of it yourself”, this is one of the alarming words a kid can tune in. This abandons him confounded and befuddled. Normally young men expect young ladies that they ought to obviously determine the diverse “mandates from their principle book”. Running from wide range circumstances, beginning from purchasing dresses to huge life choices, young ladies constantly like to keep it into them and leave all the mystery onto the male partner.

This stunning hush makes life hard for young men, this layer framework which leaves a large portion of the things on presumptions, for the most part demonstrates deadly for young men. Yes obviously, they simply need to keep it straightforward.

You need a dessert? Simply say I need to go to parlor and have a dessert. We loathe in the event that you say, let us take a ride to that delightful place close to that frozen yogurt parlor, we’ll come back from that point and whine later “you didn’t purchase me a dessert”!! 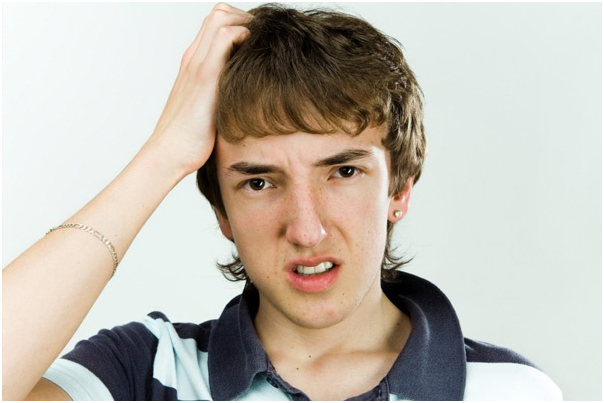 Give Him a Break

This is a standout amongst the most vital thing that young men anticipate from young ladies. They simply need them to comprehend the encompassing and oversee it as needs be. The thing is, it is not generally obliged that “have you eaten your sustenance?”, “how is your wellbeing?”, “don’t do this”, “don’t do that”. Well! Well! Well! Keep it straightforward. We don’t censure your consideration and are neither oversensitive to it however now and again we require more than that. We require you to trust in us.

It ought to be comprehended that we can deal with our stuffs. Not generally proposals are required. Simply demonstrate a little trust. A kid dependably likes to have a condition of balance between laced relations and trust offered to.

This is a section where young ladies typically neglect to work upon. Dissimilar to the desires, they attempt to loosen up the circumstance by meddling considerably more, which in progressive procedure expands the many-sided quality.

So don’t attempt to piece a rival, make the most of your individual qualities and attempt to bolster and energize one another best amongst you. 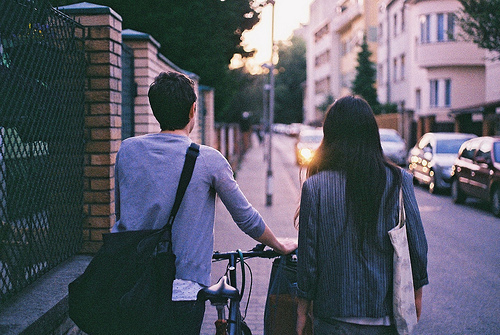 Yes, don’t contrast your kid and any other person, this is the last you must say to your kid that, “look, that gentleman is having a vastly improved hairdo than yours”, “His compensation is a great deal more than yours”. These similar degrees are similar to blazing coals which enter a kid’s ears.

Typically young men anticipate that young ladies not will measure up them with any male, going from her best male companion to even her most loved performer. They never like to be contrasted with individuals whom they believe are not even a bit of poo before them.

These contrasting propensities give ascend with an inclination of shortage in oneself and in this way it makes shakiness. Young men as a rule like to be dealt with on individual premise. 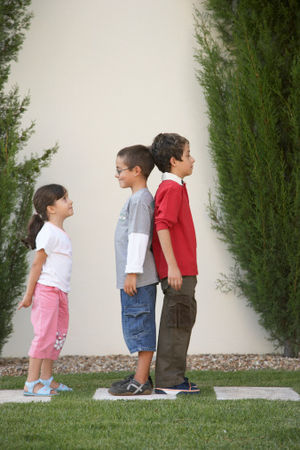 Give Preference to Him

Well typically young men anticipate that young ladies will offer inclination to stuffs they like and young ladies are usually gullible in this division. They don’t even acknowledge now and then that we young men are additionally people who do have stuffs in this world to like and adoration. Totally overlooking the things is not a smart thought.

Well on the off chance that we young men can realize those brain boggling names of distinctive restorative things, then it ought not be troublesome for any young lady to go in exchange for his likings viz. Xbox, play stations, autos, bicycles and every one of those “kid stuffs”.

On the off chance that we can examine each one of those sentimental films which is only a torment now and again, you can well talk about some activity or still semi activity motion pictures which we have enthusiasm for. 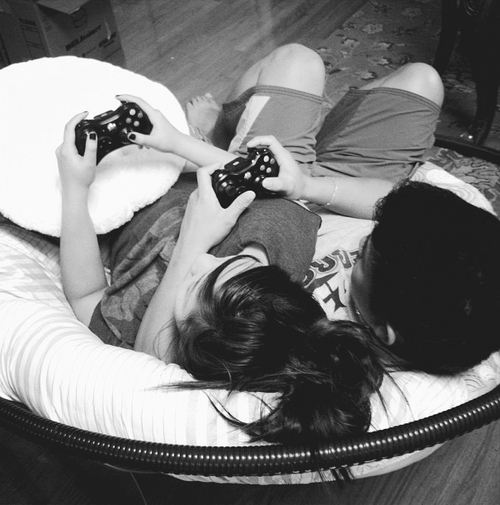 He wants a girl for him, not a mask-woman

So a male never needs such an extensive amount tidy all over, no doubt I mean he would anticipate that you will look great however he would never like you to wear huge amounts of those nonessential items. Normally young men admire the inborn common magnificence and not that fake stuff all over.

Conflicting to this, young ladies adoration wearing make-up. They have a misinterpretation that wearing those substantial substance things can charm young men.

Really the issue is mental, individuals are damn awful in pondering what other individuals discover appealing and this is a noteworthy reason of wrong desires.

Young men normally not see that dark, blue and green stuff all over, they don’t need an exhibition ruler for themselves, they simply need you to act naturally.

17-year-old Madi Nickens from Texas just posted this text-conversation between her 11-year-old sister and a boy named Joey.

He Loves Me Not 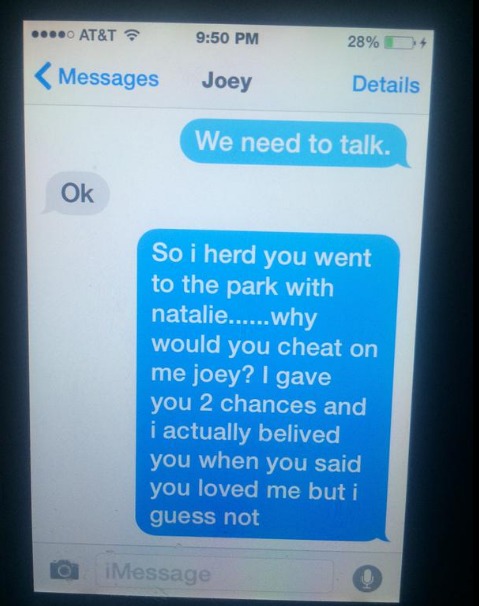 Love comes in many forms when you’re 11 years old. 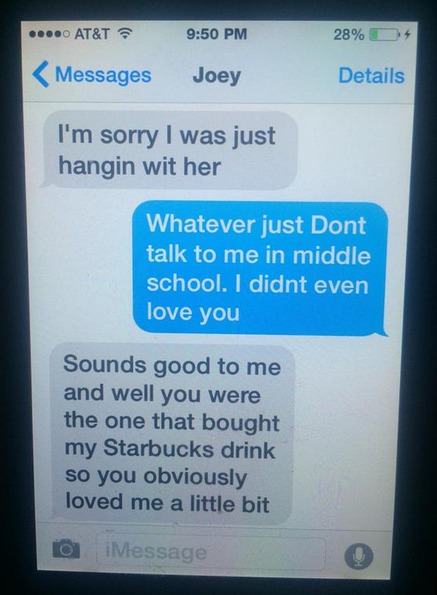 Riding the elevator to the top floor. My level. 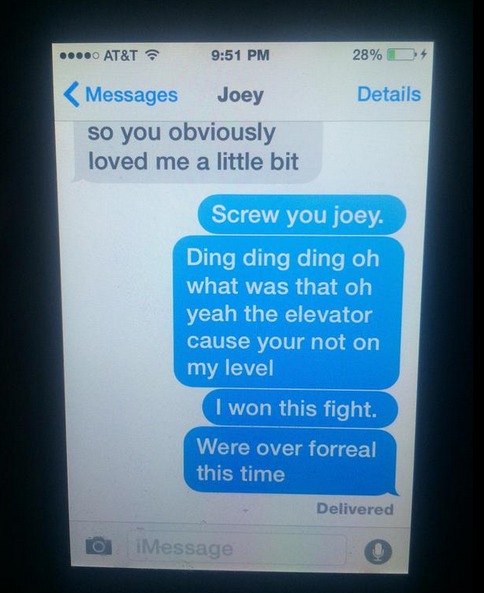 At Joey’s expense, this is one line I’m adding to my book of burns.