Most obese women are afraid to wear bikinis, leggings etc. because other people might post negative comments about them. But one girl Sara Petty decided to take action against this problem. Check out the article to know more about how she achieved success.

The internet is obviously full of people who are willing to share their opinions. Sometimes, they share these opinions when no one wants to even hear them. For example, some people won’t stop sharing their opinion that obese woman who are over 200 pounds shouldn’t wear a particular dress because they won’t look good in them.

So she went to Twitter and searched for the term “200 pounds bikini”, and then copied some of the tweets which complained that such girls should never wear a bikini. Then she took her own picture in a bikini. 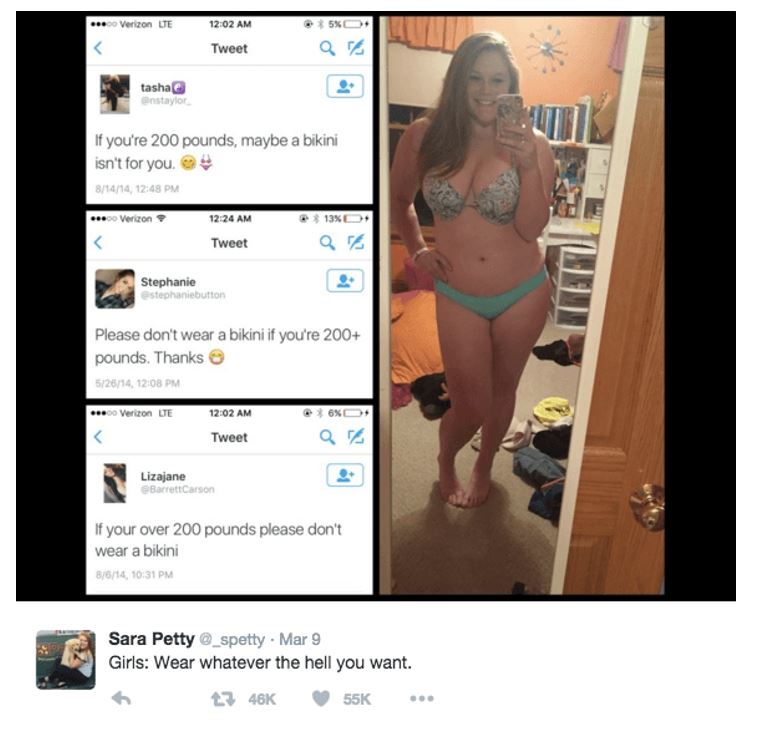 Next, she searched for the term “200 pounds crop top” and repeated the same procedure. 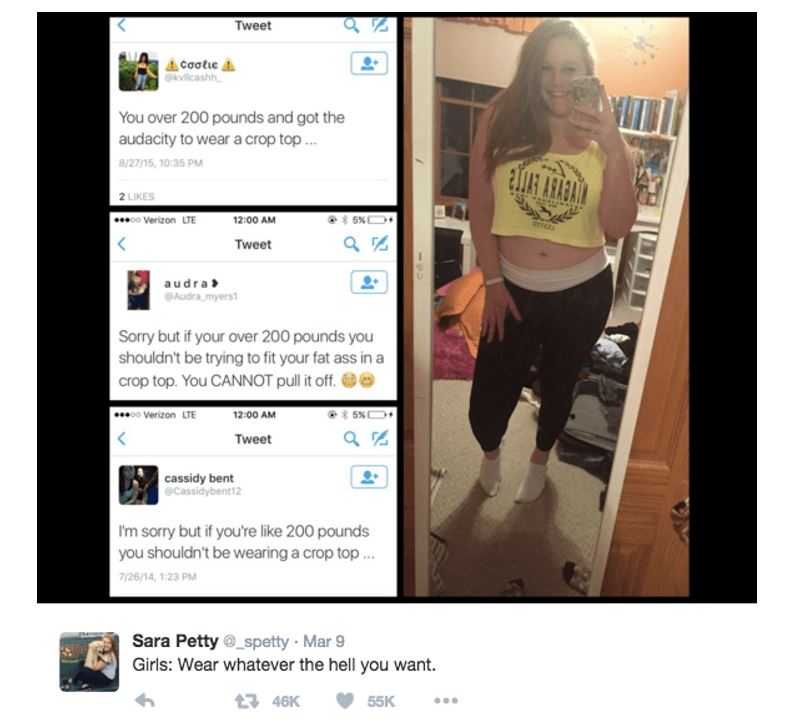 She admitted in an interview that she was quite scared because she knew that this might make a lot of people hate her, but still she had to prove to others that the weight really should not be a factor in choosing a person’s dress. She thinks that the weight of a woman can’t be the sole deciding factor whether she is attractive or not.

Next, she searched for “200-pound booty shorts” and did the same thing. She also did this with leggings as well. 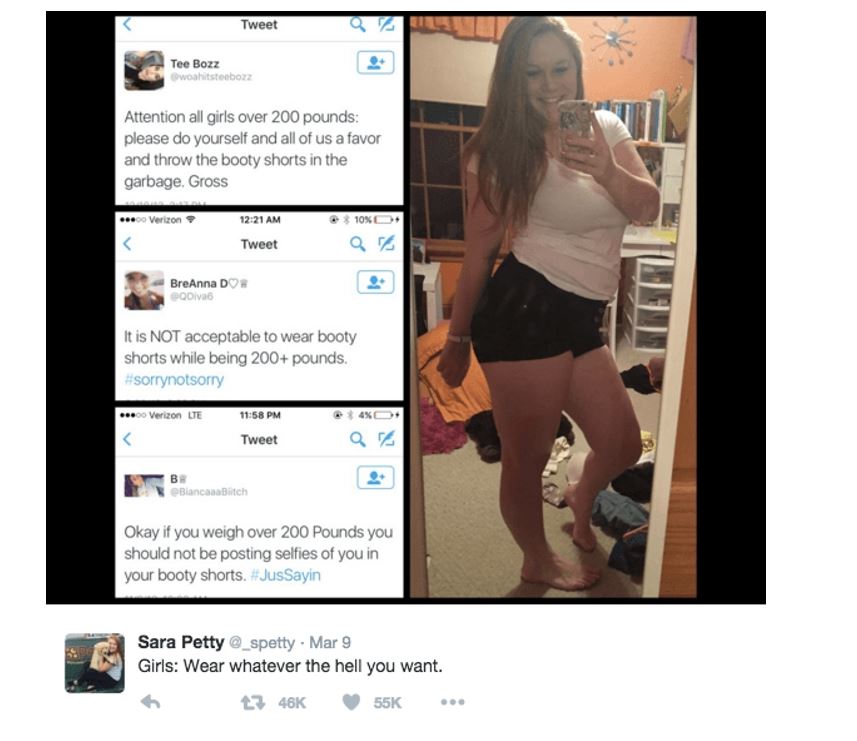 Sarah became quite popular on Twitter and her tweets received lots of like and retweets. She was overwhelmed at the support she got. Although she has received hateful comments too, they pale in comparison to the sheer number of positive comments posted.

We hope that Sarah becomes more successful in future. 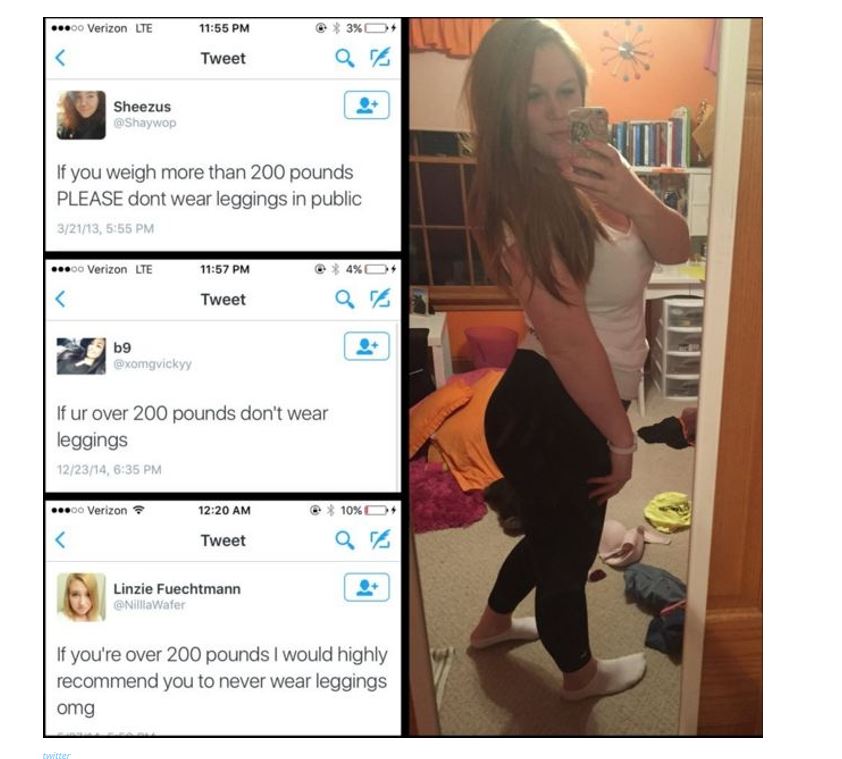