Some students cheat – there is no doubt about that. But do they ever wonder what will happen if they got caught? Even before they actually did the cheating, something similar happened when a teacher overheard one of her students planning to cheat in the exam next day. Check out the article below to know the full story.

A college professor at USC has a profile on Twitter named @WhatProfHears. There she tweets about funny comments and statements she hears in the class. One day she visited Starbucks and witnessed an incident which resulted in her most popular tweet. 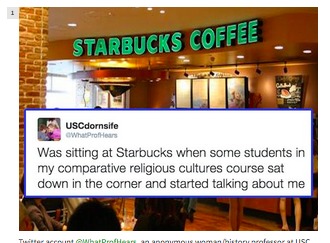 She has gained quite a follower in Twitter due to the numerous tweets she posts on the site –she used to call a student Daisy because of the flower she wore and later she found out that Daisy was actually her stripper name. She also tweeted about one of her students Johnny who is still an inexperienced drug dealer. 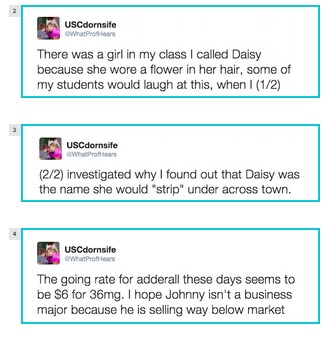 She was at Starbucks waiting for her order when she heard one of her students talking about her. 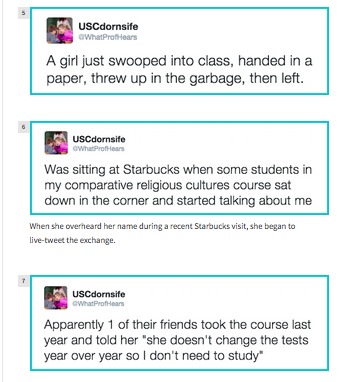 She came to know about a new word she had never heard before – “jabroni”. 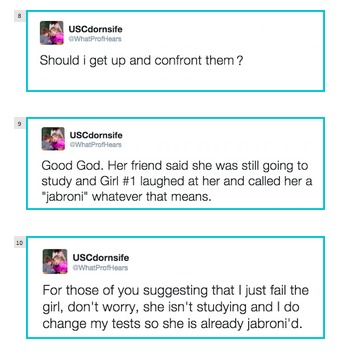 She kept on posting funny tweets and kept her followers informed about what was happening. 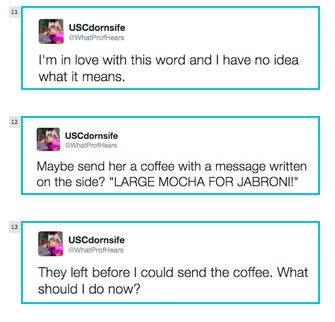 She added a bonus question in the exam next day asking what the word “jabroni” meant. 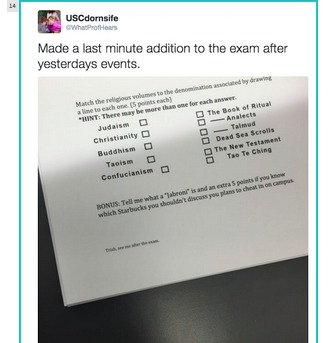 And in case, the student didn’t realise who that question was actually directed towards, she also added at the bottom of the question a statement asking her student Trish to meet her after the exam. 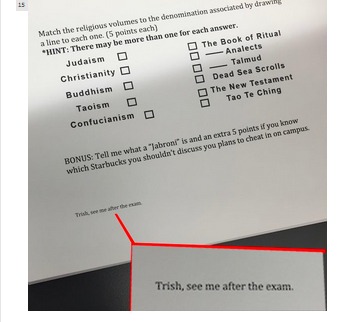