There is no doubt about the fact that Sylvester Stallone is a great actor and one of the greatest action movie starts of all times. But few people know that he is a family man too. Her daughters have grown up and are definitely looking to become Hollywood stars in future.

The daughters are still in their teens, but most people would mistake them for supermodels. Her daughters have a huge fan following on various social media sites too. Check out the article below to know more about these beautiful girls.

Sistine Rose Stallone is just 17 years old and is aiming to become a supermodel. She has already been represented by LA Model Management and IMG Models. There is no doubt that she has a very bright future ahead for her. 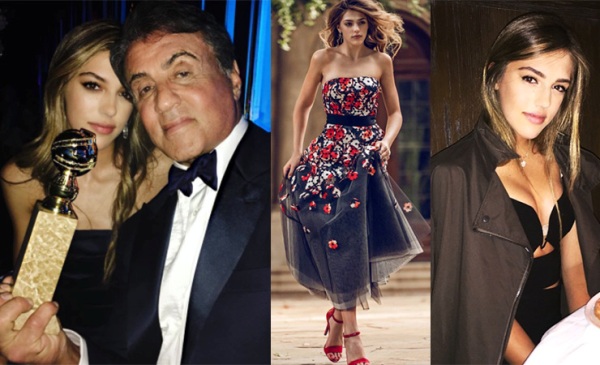 Stallone attended the Golden Globes Awards with her entire family. While he won the award for the best supporting actor for the movie “Creed”, her daughters toograbbed a lot of attention. 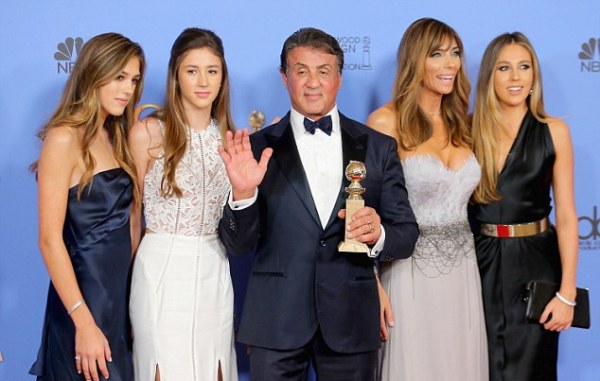 Scarlet Rose Stallone is the youngest member of the family. She is only 13 years old, and you will often find quite a few pics of Stallone with his youngest daughter. 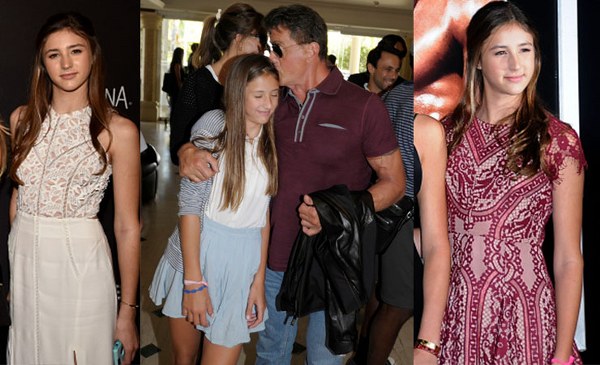 Sophia Rose Stallone is the eldest daughter in the family and is 19 years old. According to her Facebook page, she is studying at the University of Southern California. 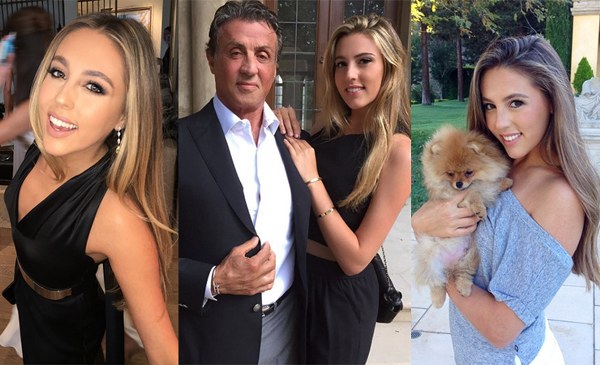 Cool dad with his daughters

Stallone attended a fashion event with his two daughters, Sistine and Sophia. Needless to say, they were given a lot of attention due to their gorgeous appearances. 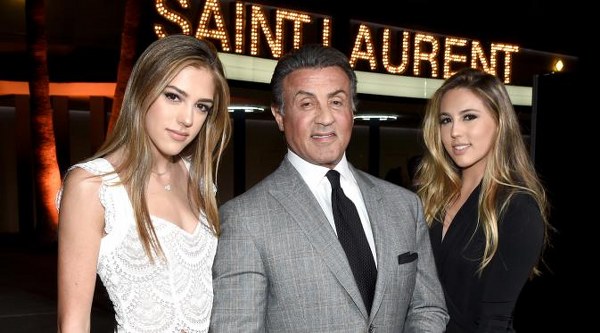 Sylvester came to the premiere of Creed with his wife and 3 lovely daughters. Jennifer is his third wife. By looking at Jennifer, one can easily understand where the girls get their looks from. 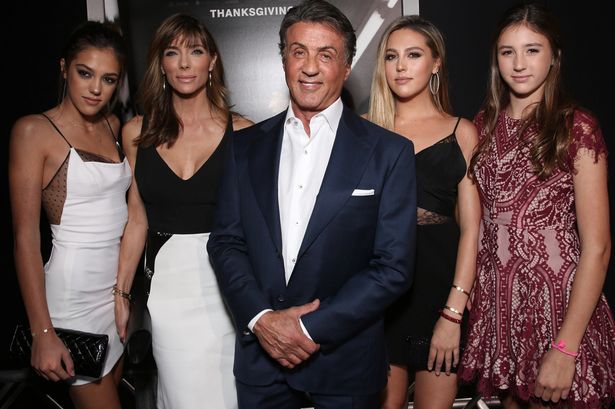 My dad is the best!

Sylvester won the Globe Award at the age of 69 for his best performance as a supporting actor in “Creed”. Sistine was there when his father received the award and she must have felt so proud about his father’s achievements. 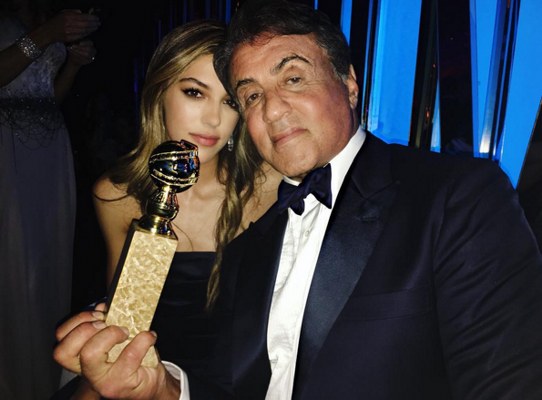 The three daughters grabbed a lot of attention away from Sylvester Sophia when they took the selfies. Sophia and Sistine are quite active on Instagram and have a huge fan following as well. 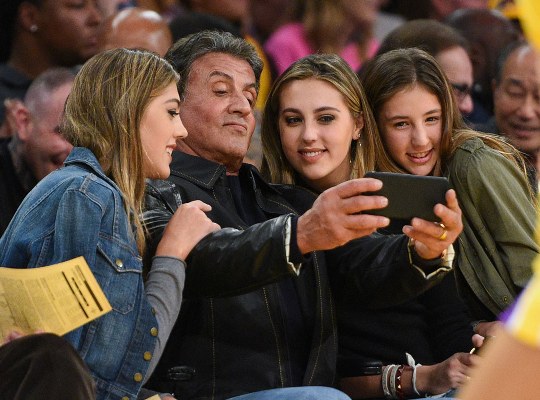 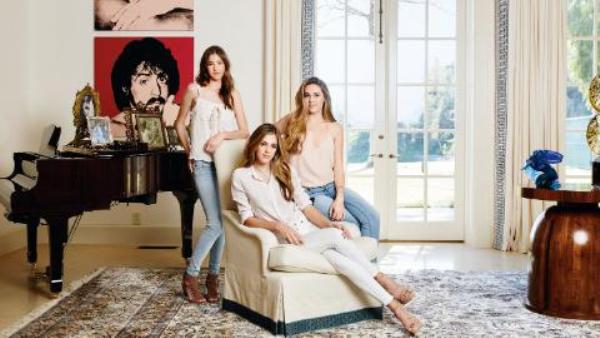 Ladies of the Stallone Family

Can you guess who the mom is? Their mom doesn’t even look that old, anyone would have mistaken her as a friend or a sister of the trio. 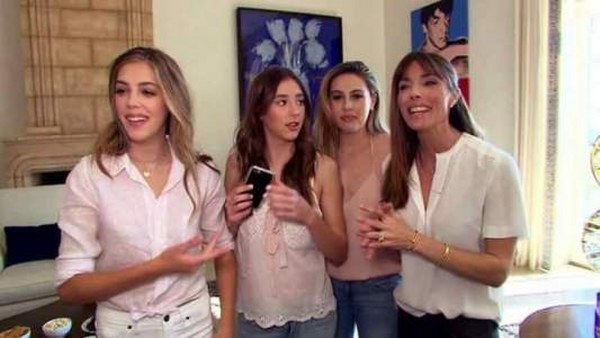 Sistine is gorgeous; no doubt about that. She is so young; just 17 years old. Despite being the daughter of such a famous celebrity, she is very down to earth and always follows her parent’s advice. She is aspiring to be a famous model. 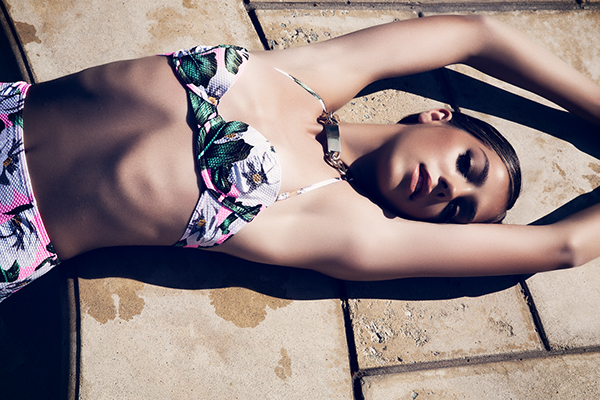 The Stallone sisters in their childhood 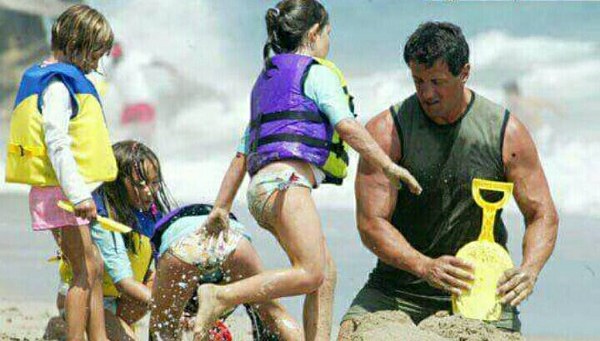 The Stallone sisters when they were teenagers 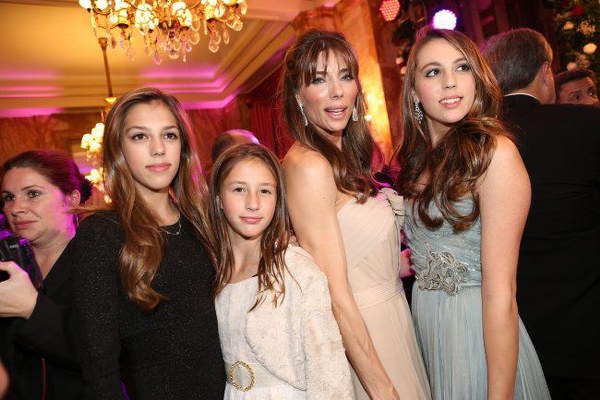 Having fun at a basketball match. 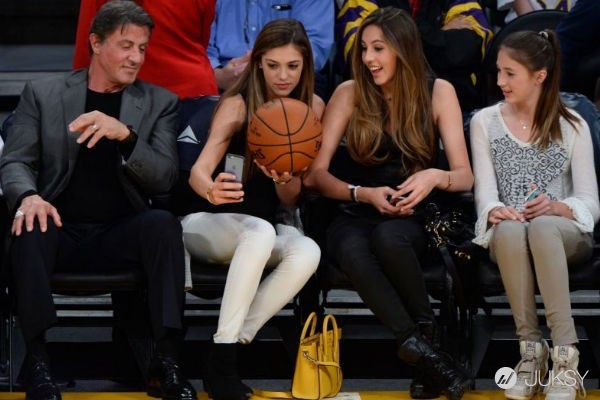 Stallone with his daughters 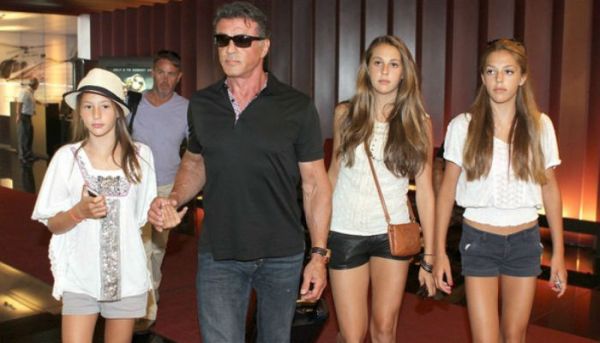