Many people come from broken families and divorces. As a kid, having a step mom or dad can actually be quite something to get used to. Most of the time you just don’t get along with them or they don’t know how to handle you. But here is a great story to show people that step family members can still be family even though they are not blood related.

Movies always have a life struggle that many of have to deal with, but movies always tend to over dramatize it to make for a more appealing movie. In the case of step parents, it always seems like the end of the world type of battle between enemies.

In real life, this good hearted dad stopped the entire wedding procession of his daughter and went to go fetch her step dad so that together they could give her away together, both as her dads. 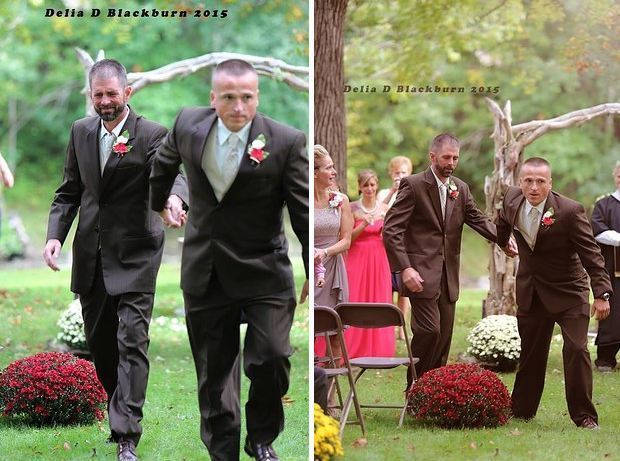 The wedding was made extremely special by this gesture. There was supposedly already tension between the two dads before the wedding, probably because they disagreed who got the honour of giving their daughter away. So when the wedding had started, Biological dad Todd Bachman suddenly stopped and ran straight for Todd Cendrosky made everyone almost panic at this sudden change. But soon they all realised what he was actually tried to do which made the wedding extremely special and emotional. The wedding Photographer Delia Blackburn was interviewed by BuzzFeed and said, “Everyone was a little bit concerned because there had been tension.” 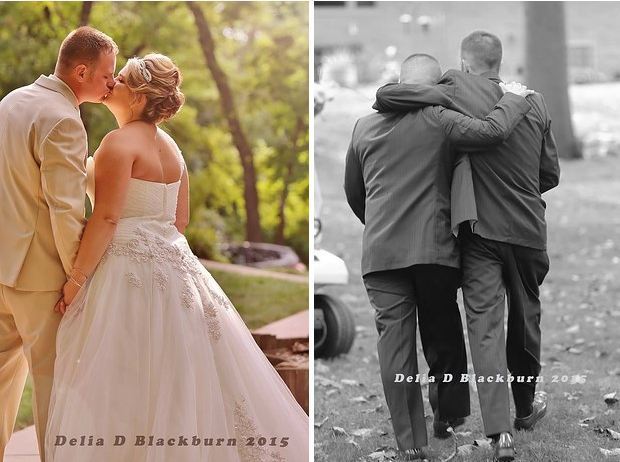 Bachman said that Cendrosky helped raise her, therefore he should be up there with him and this gesture surprised all the guests and warranted a few tears. 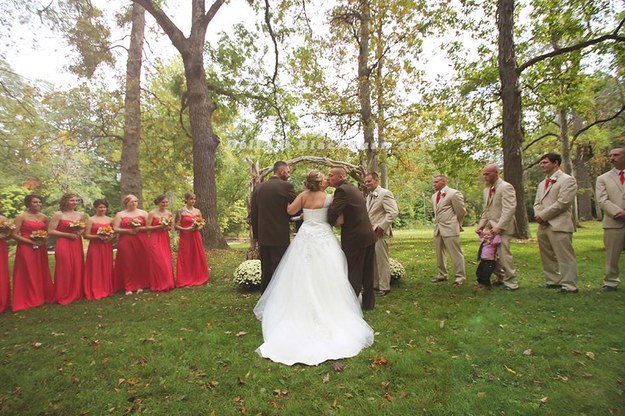 Being a step parent as well, Blackburn said, “The groom was extremely happy…the bride, she was in tears because this was a little bit of a struggle for her. I had to tell myself to hurry up and get the shot because I was losing it.” Not one person that wedding did not shed a tear. It was quite an emotional union. 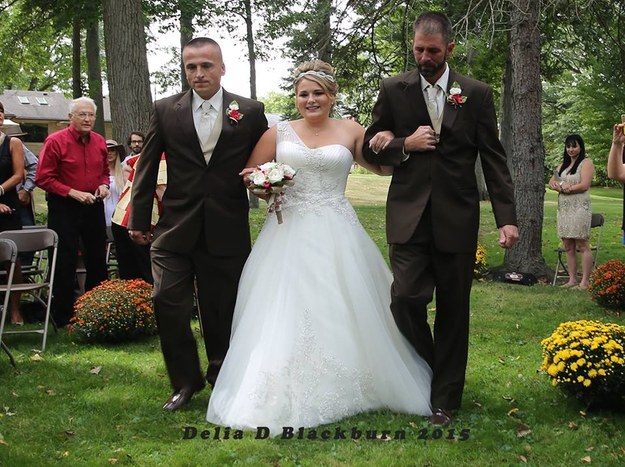 6. Sharing on the Internet

“It apparently touches so many families in America today.” Said Blackburn, and she has spoken to the couple since the wedding, “They are happy that their message is getting out for parents and stepparents [to get] along for the sake of their kids.” She said after sharing the photos online and the story went viral with over 500, 000 shares. 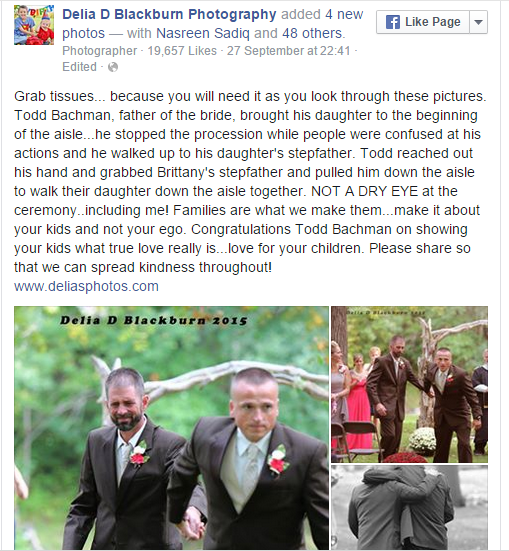 It is quite something for one man to make a gesture like that for the sake of his daughter. We need more people in the world like this, then more people would actually get along. So this story is a lesson on how to be the bigger man!