There are many communities with very strange traditions and rituals. Some of them we can’t even imagine. Check out some of them here.

This culture is also popular as “Bomena” in east of Himalayas. People who are looking to marry in the recent future, break into houses of young girls at night. They stay there the whole night but in case, someone catches them red-handed, they have to either marry that girl or work for the girl’s father as a form of punishment.
This tradition has been criticised negatively by a lot of people, since it increase the number of events of sexual abuse in the country. 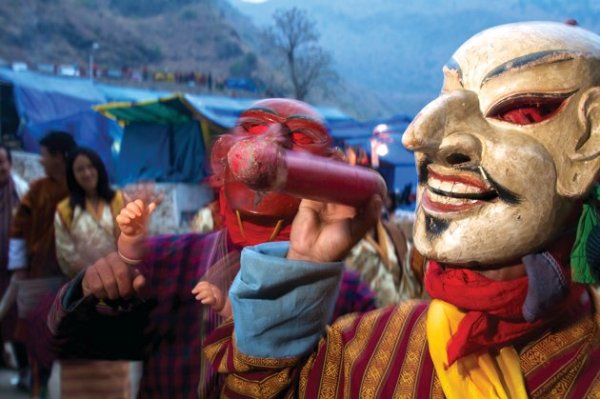 This is popular in South India and South East Asia. This event celebrates the victory of Lord Murugan over a demon. People use sharp objects to pierce different parts of their bodies. In fact, some people even perform extreme and risky tasks such as pulling cars using hooks which have been pierced to their backs. 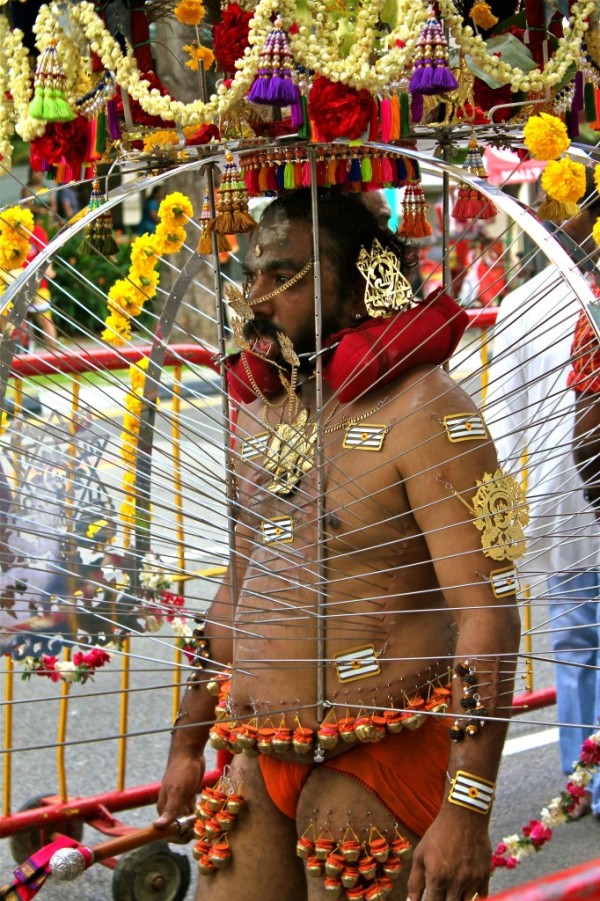 This is practised by a tribe in Amazon known as “Satere-Mawe”. In order to prove their manhood once the boys become adults, they have to undergo a torturous task, where these boys have to trap bullet ants. These are drug by a person and are then kept in woven mitts.
The ants get their name from their deadly sting – it is said that the pain caused by the sting is comparable to the pain caused a bullet. These men then wear the mitts filled with these ants and they have to continuously dance for the next ten minutes. The dance is necessary to distract their minds from the pain. 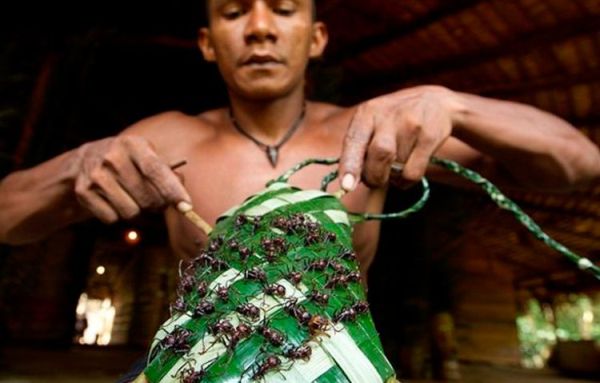 4. Prohibited from entering the bathroom after wedding 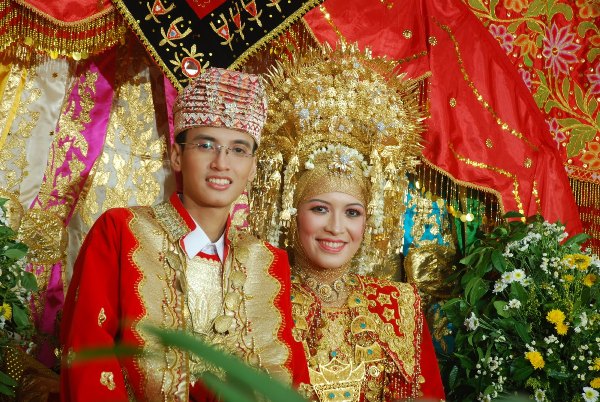 Can you imagine not burying the dead and eating them instead? This is practiced by the Yanomami tribe in the Amazon rain forest. They believe that the deceased shouldn’t be buried, instead there should no physical remains of their bodies in this planet. That is why, they eat the dead and the bone powder is turned to a soup. They think that the soul of the dead stays with them by performing this ritual. 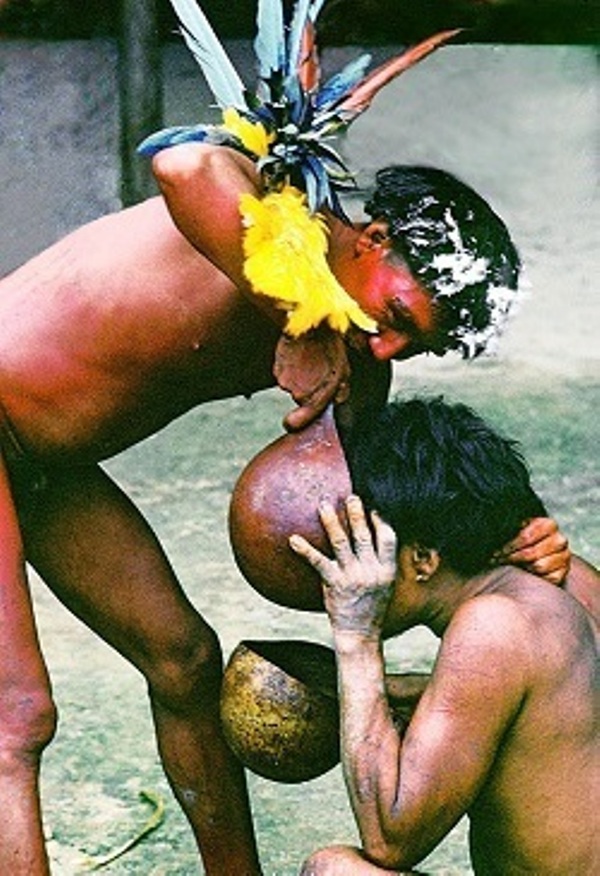 Also known as Kanamara Matsuri, this is popular in Japan. A large structure, shaped like a penis is carried by people through the streets of the city. According to the legends, a demoness used to seduce men and kill them, and she was stopped only by a metal penis to destroy her “special weapon”.
This is also popular among sex workers, since they believe this festival will keep away STDs and protect them. 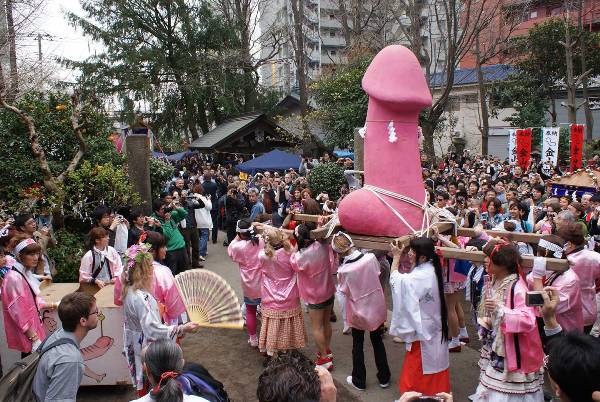 This is an extremely dangerous but old tradition which is still practised in Gujarat, Maharashtra and Karnataka. Toddlers are tossed almost 15-30 feet upwards and then caught by a blanket held by people. This is extremely risky for the toddlers, hence it was banned in 2011. However, the practice once again started from 2012. The people believe that this brings good luck to the toddler. 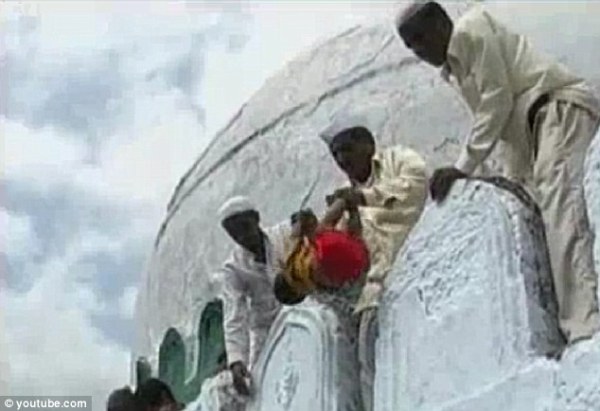 This is practiced in July and September Hauts Plateaux of Madagascar. During this event, instead of burying the deceased, their remains are exhumed and then wrapped in cloth. Relatives also take time to ask their dead ancestors for blessings and things they might need in the world of the living. Rather than mourning for the dead, this event turns it into a form of party for celebration. 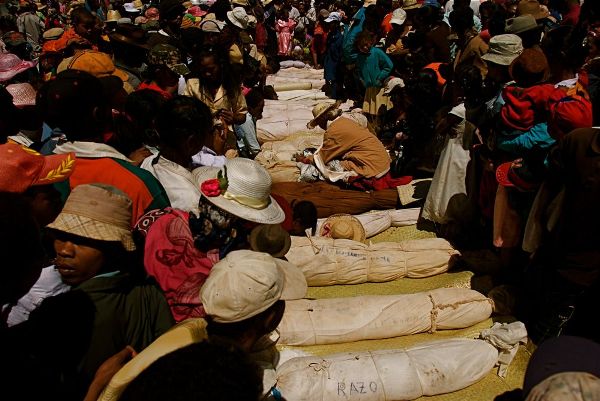 During marriage, both men and women in Bali have to sharpen their teeth by filing. People believe that these represent their control over emotions, greed and lust. As expected, this is extremely painful. 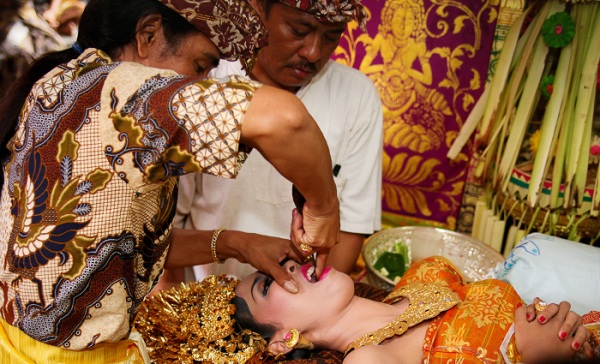 This is similar to a modern day fashion show, where men participate. This is practiced by the Wodaabe tribe, where the men have to dress properly and show the women how they look. There is also a dance competition known as Yaake. The combination of dancing skills and appearance is the ultimate factor to pick the winner. 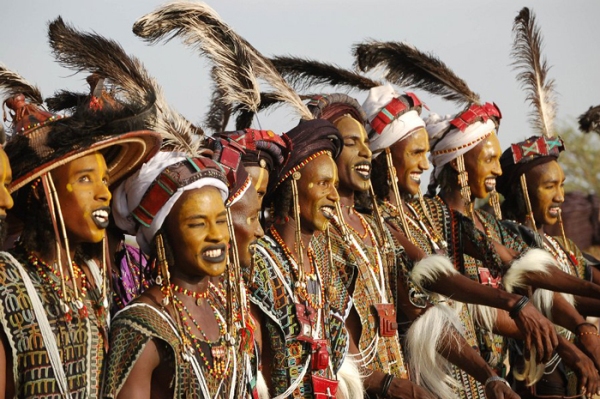