Today’s world is full of people who are filled with lust and greed, but even amongst them, we sometimes find a person who is kind and caring. This is the story of a similar person whose story will fill your heart with warmth and respect for that person.

This guy from India, He went to a restaurant after a tiring day of work to get some food. It was when his food arrived that he noticed a young pair of eyes looking at him and customers at other tables from outside the window. He gestured for the boy to come in and so he did, accompanied by his sister.

He asked them what they wanted to eat and the boy just pointed to the plate on his table. He ordered another plate and waited. The little boy couldn’t contain his excitement and was about to dig in when his sister stopped him to gesture that they should wash their hands first.

They didn’t talk anything, not even a smile. When they finished they looked him with a thanks, then left after washing their hands.

The man was still eating, and after he finished his dinner, he asked for the bill. However, he was taken aback by the message on the bill. They didn’t charge him anything. Instead a message (in local language), The message stated –

“We don’t have a machine that can bill humanity. May good things happen to you.” 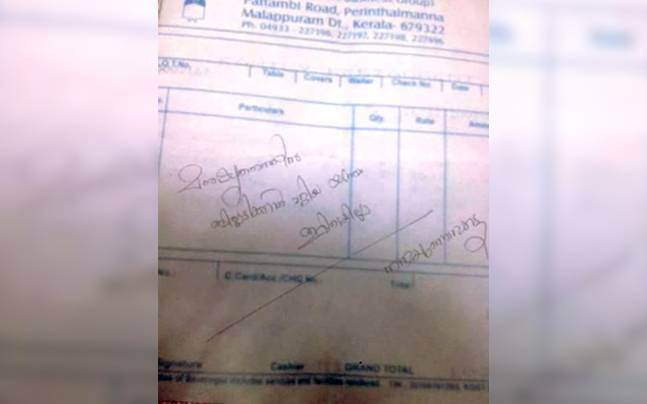 These acts of kindness are extremely important in today’s world. Not only did he make the kids happy but also everyone else at the restaurant who witnessed the incident. We hope that this man continues helping others and spreading the message of compassion and kindness in future. 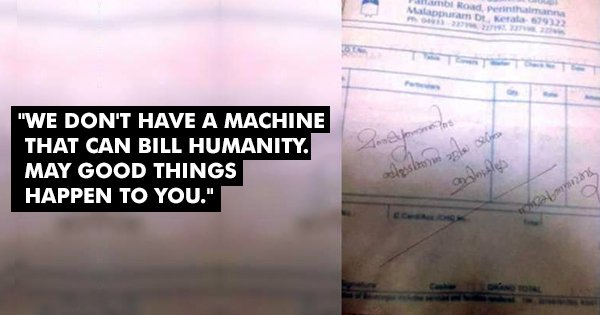