This couple lived with rotting corpse of their 7-year old son because they couldn’t believe he was dead. Bruce and Shell Hopkins, the parents of a seven year old deceased boy, who often had Asthma attacks, kept their son’s corpse in their house located in Girona, in North-East Spain for 2 months because they simply couldn’t accept that he had died.

Enrique Barata, the prosecutor, later reported that they couldn’t handle this gruesome news and lost track of reality after this incident. He added that they were leading a normal life as well which is really surprising. The police found out about the corpse when their landlord visited their house for rent and then informed the police.

The body has been sent for post-mortem, which should reveal the exact date and time of death. We are sure that he was alive before 15th November, since he was seen in a birthday party that day. 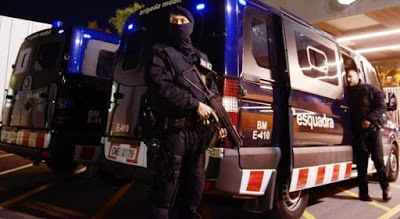 The parents are actually from Detroit. Even more shocking is the fact that they didn’t give him any medicine when he was ill since they don’t believe in those. Instead they only did cardiac massage and CPR which unfortunately couldn’t revive their son. Hence, they are now facing a charge of negligent homicide.

However, if the post-mortem reveals that the son was already dead when they saw him, they will be released.

They have two more children – a 12 year old boy and 14 year old girl; both of them have been move to state care facilities.