Humans appeared on the earth around 200000 years ago. From then we have continuously been evolving with our ways and methods of leading life. Humankind watched many disturbing incidents in the past. We can never forget many of them. Nowadays we have plenty of mobile phones and cameras so that we can take pictures or videos of any incident we witness. But in the past, it was not the case. So we have never seen many disturbing incidents from the past in real or by pictures. A picture can not show all the horrible stories of an event, but some pictures will still have horrible backstories to tell.

Here we have compiled 15 of the most disturbing pictures that happened in the past with their horrifying backstories. 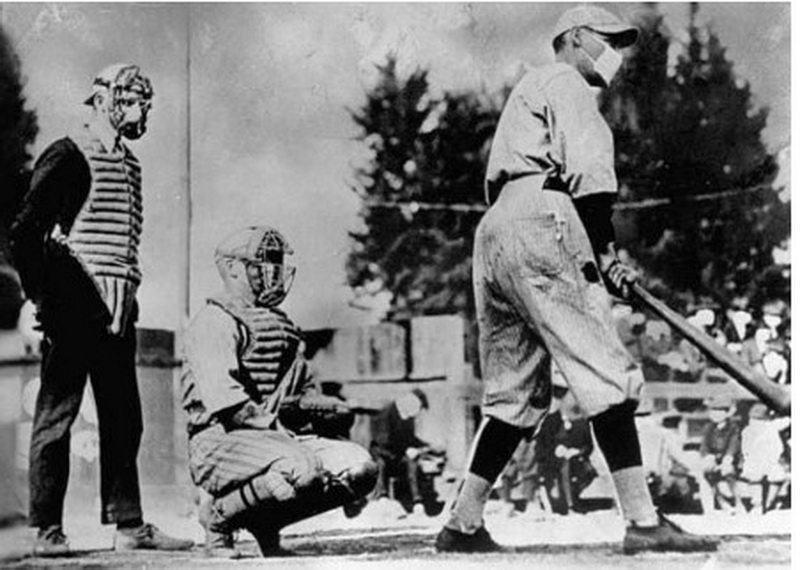 This horrifying picture shows the human suffering during the Spanish flu outbreak in 1918. The suffering of the people just makes you feel terrible. It killed around 100 million people. This picture shows how frightened people are of the disease, and are thus wearing masks to carrying out daily activities.

2. Slave trade in the Atlantic: 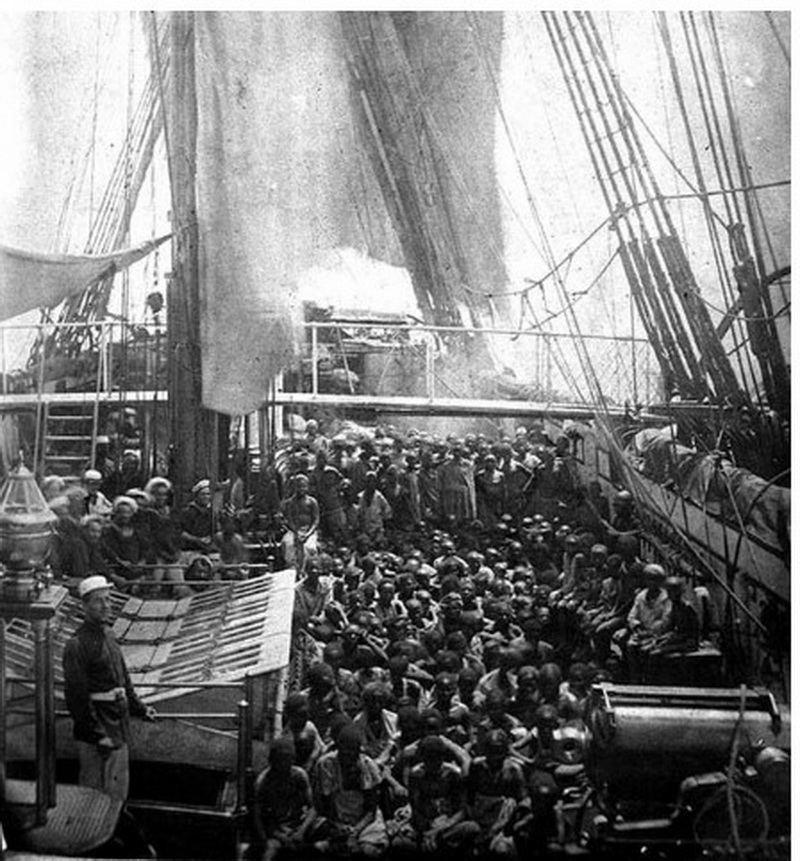 This picture, taken on HMS Daphne, a British vessel on 18/01/1868, shows thousands of child slaves being rescued. 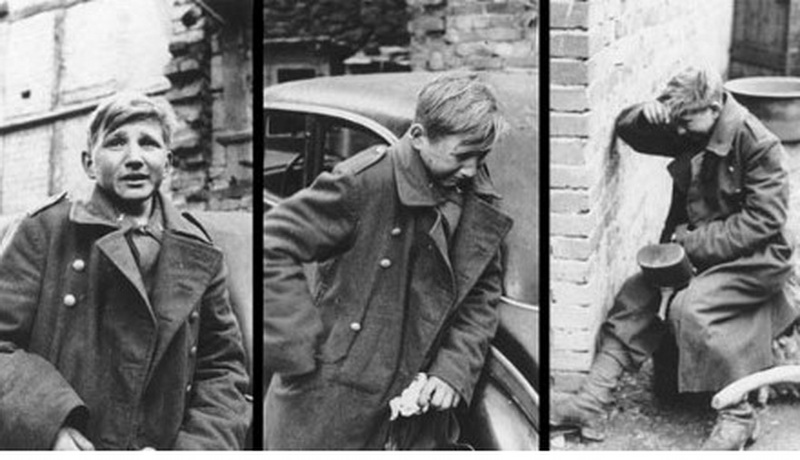 Here is another horrifying picture of a boy soldier. This is Hans-Georg-Henke, sixteen years old Nazi soldier. He faced desperation and fear when he was captured just a day before Germany’s surrender. 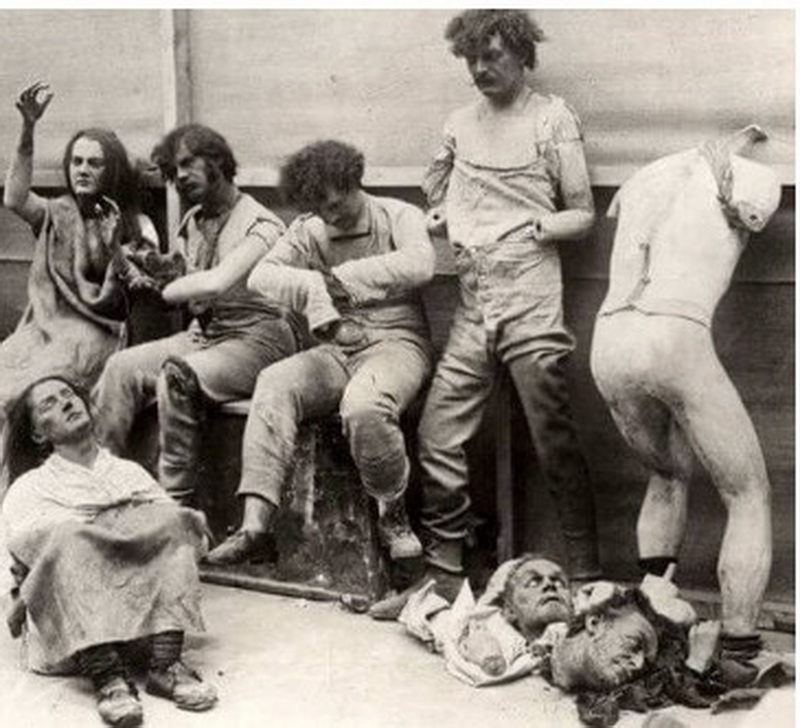 This shows the wax mannequins all broken up after a fire at Madame Tussauds in 1930. Don’t they look like real people? Didn’t it scare you? I’m sure it did. 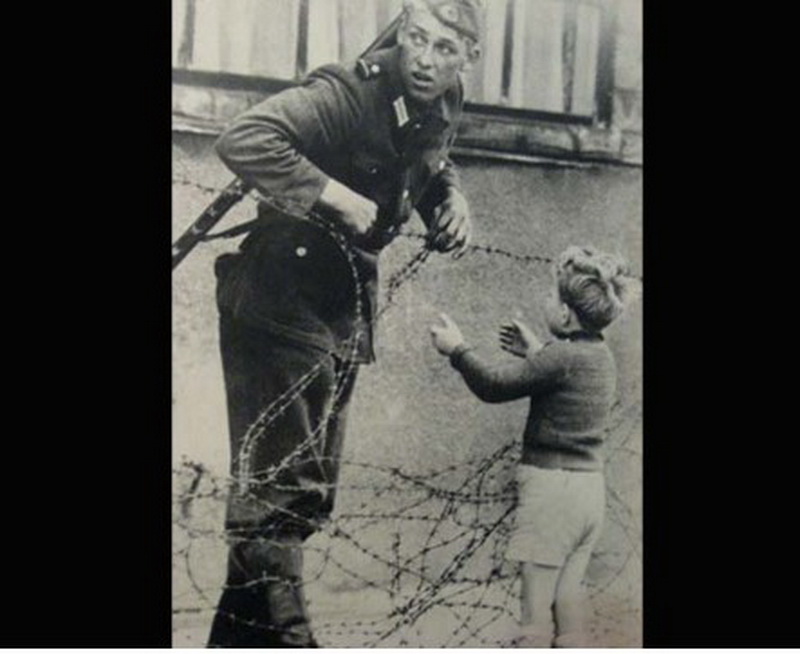 A German soldier from the East, though knowing that he is not supposed to do so, picked up a child separated from his parents through the barbed wire fence. Though he feared that someone might see him, he believed in the cause of humanity and united the child with his parents. 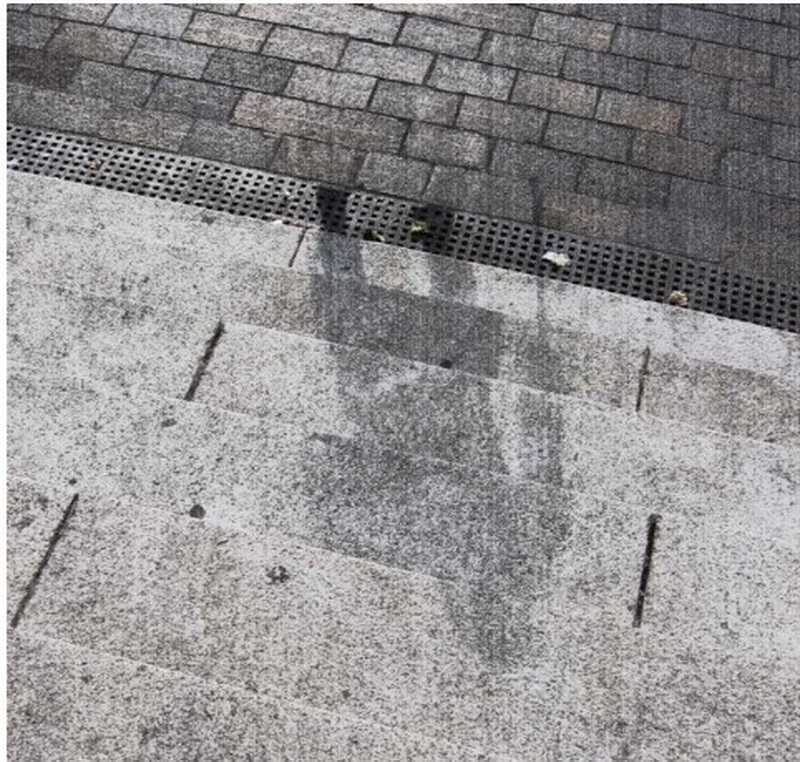 These bombings are perhaps one of the worst attacks, massacring millions of innocent people. They are associated with a lot of pain and suffering and show how futile and ravaging war is. This picture shows the permanent shadow of a man who died during the attack. The victims immediately vaporized. Thinking about the people’s sufferings gives Goosebumps. 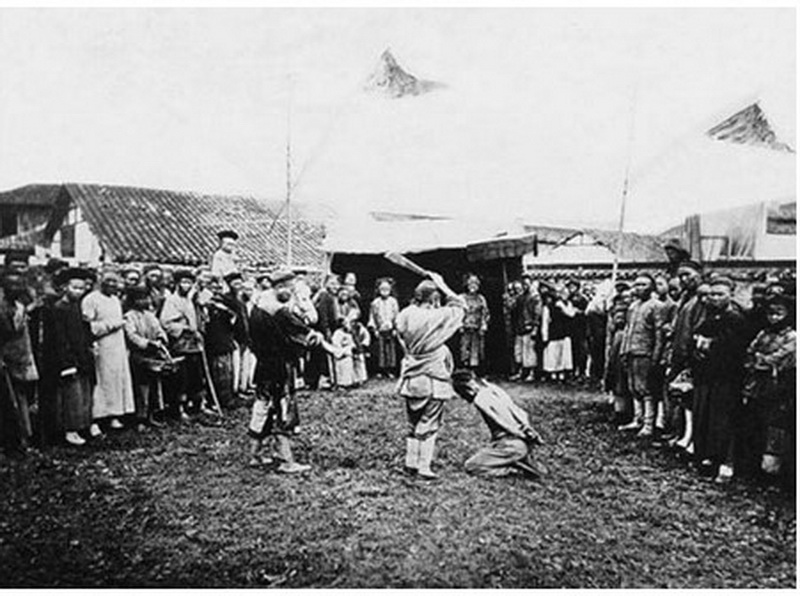 This British photographer visited China and made this picture of a fake beheading, possibly to encourage the military to colonize China and thus “civilize” the people.It is one of the disturbing pictures from China. 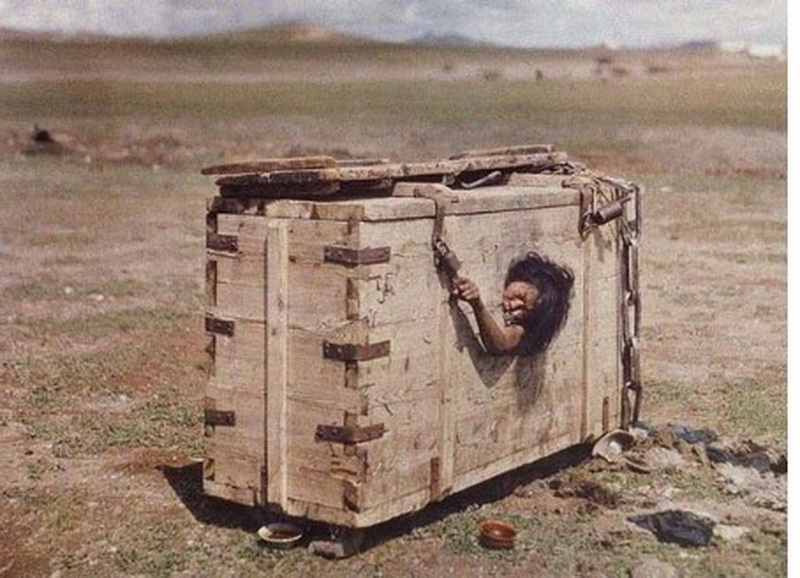 Stefan Passe published this in the National Geographic in 1913. Mongols, despite their unmatched achievements, have been looked down upon by the whole world, and this picture is a proof of this fact, where a Mongolian woman is shown starving. This was a common punishment for criminals. 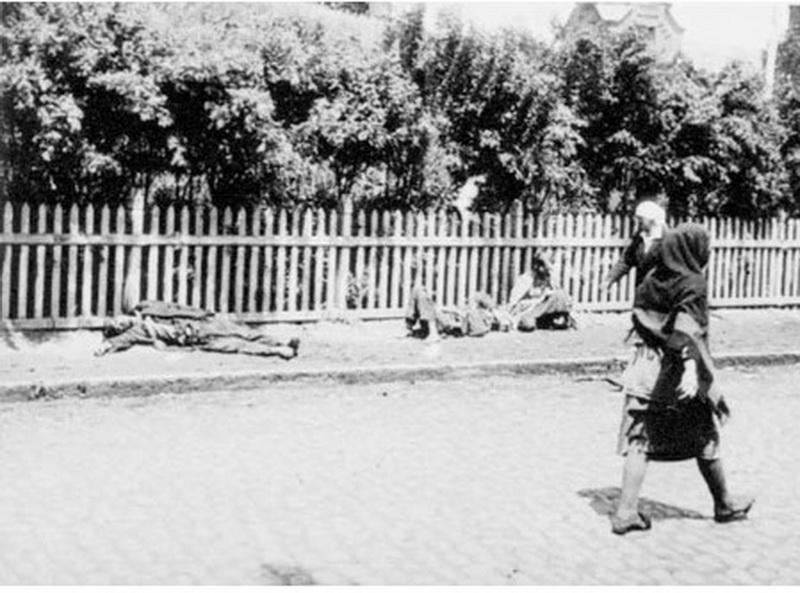 This man-made famine in Ukraine is actually one of the worst in history. Some even call it a genocide of millions. This picture shows Kharkov in 1933, which was absolutely ravaged by the famine. Unnoticed corpses lay across the street, while people still passed by.

10. Australian boy jumps off a plane: 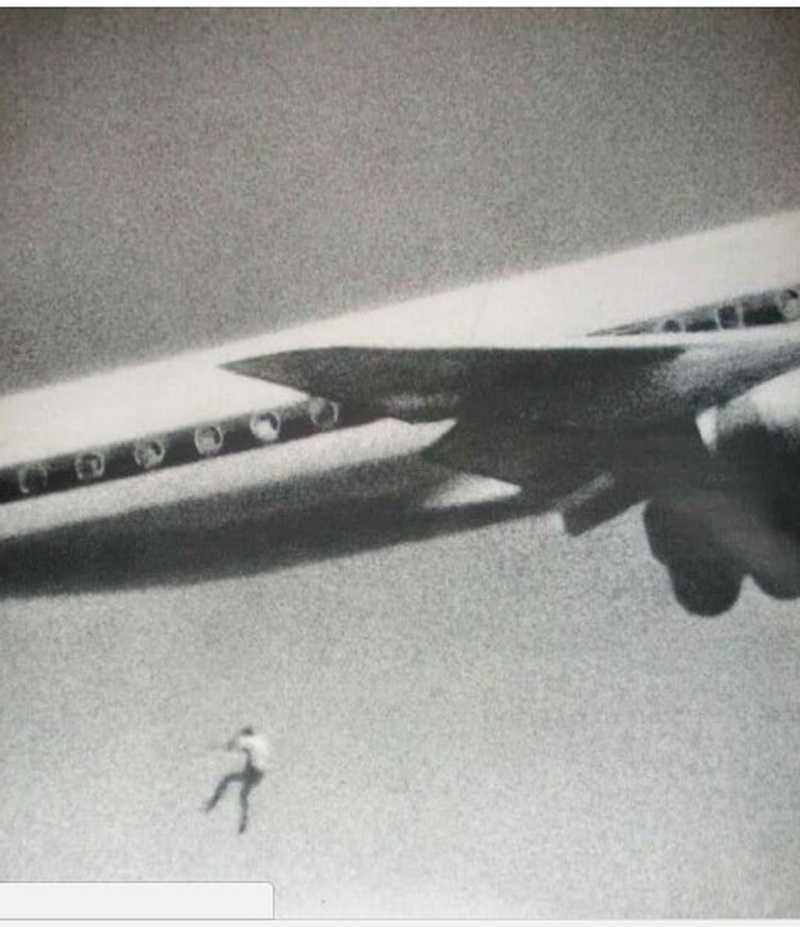 Keith Sapsford, 14, got on the wheel of a Japanese plane and jumped off the plane God knows thinking what, while a bizarre photographer captured his 200m jump to death. 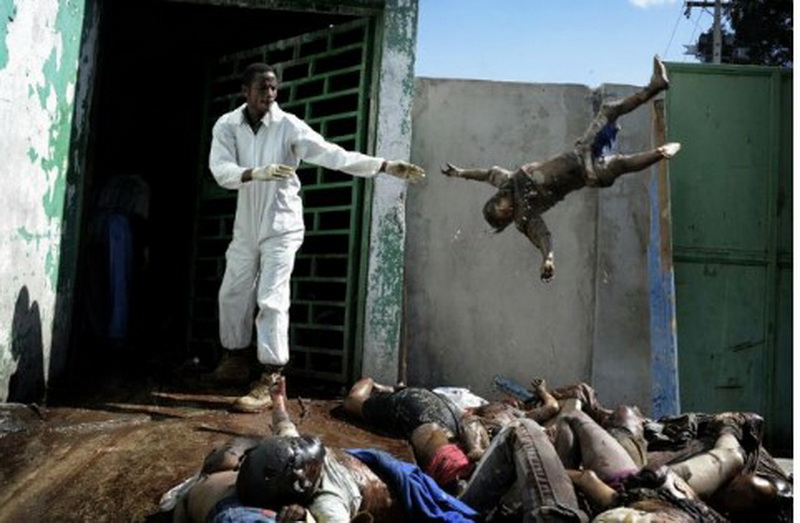 This photo, which won the first prize in General News Photos and Worldwide Best Photos awards in 2011, is indeed quite disturbing. This shows a man throwing a dead child into a makeshift Morgue in Haiti on Jan 15, 2010.

this shockingly disturbing photo of 1993 Sudan famine has been captured by photojournalist James Nachtwey. This picture shows the horrifying situation of starvation in Africa 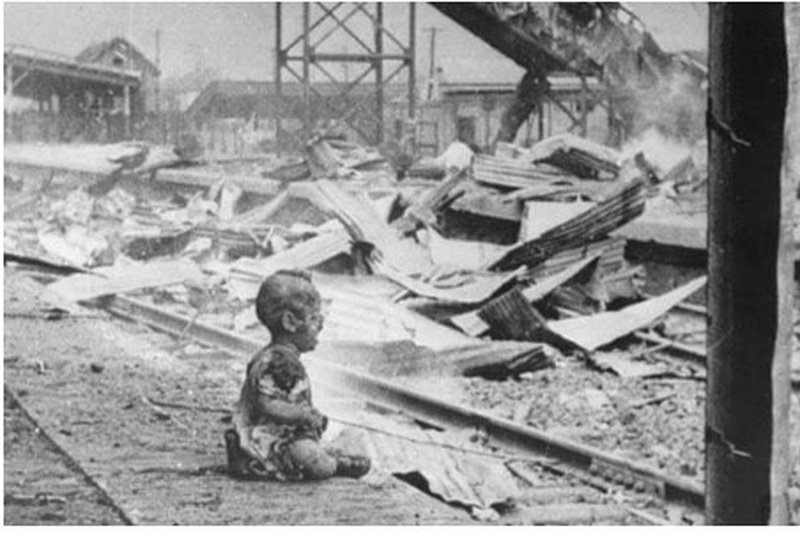 This war-torn town’s railway station, completely ravaged, has only one baby who survived, that too with serious injuries. 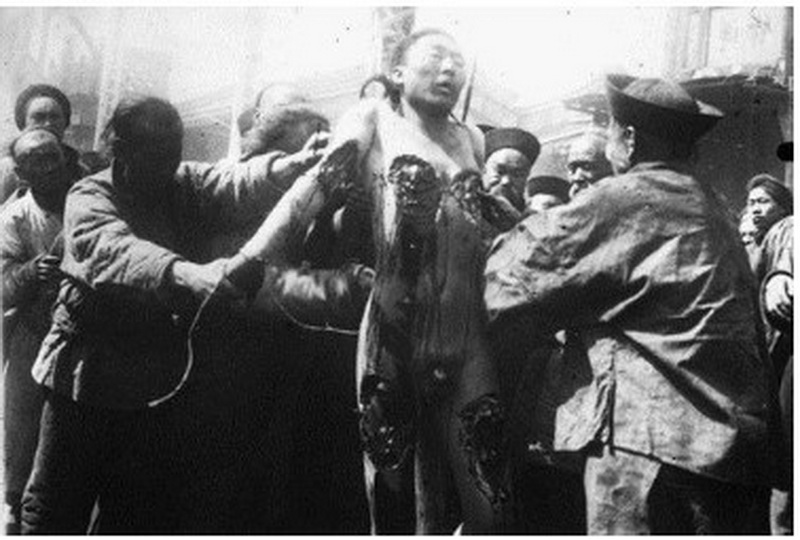 This photo, shot in 1910, shows the brutal public execution of the Chinese criminal group, Ling Chi. It is indeed very disturbing. 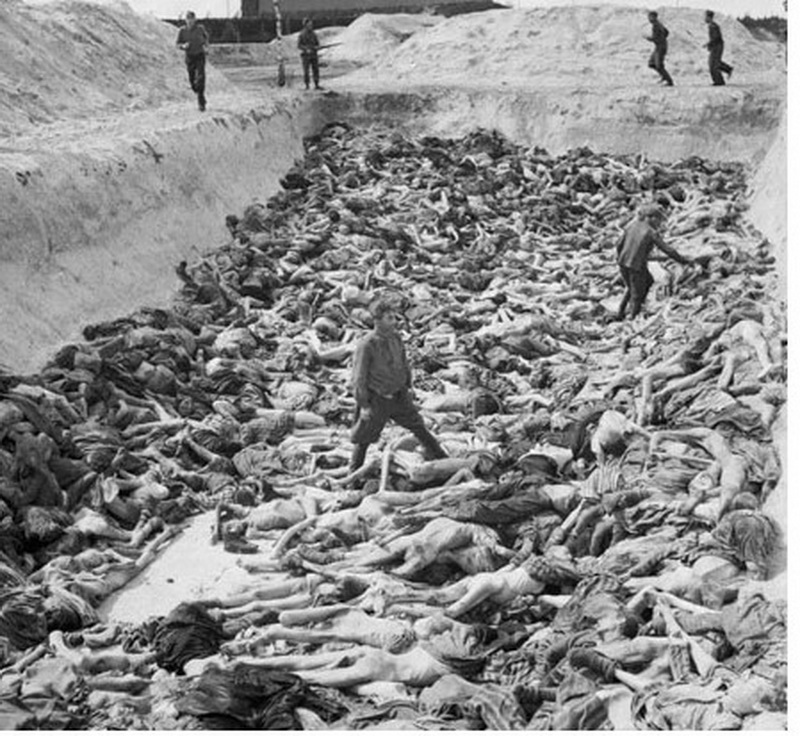 The Nazi genocide of Jews is one of the worst genocides the world has seen. This picture shows hundreds of dead bodies piled up at a concentration camp. It is indeed very heartbreaking and thinking about the atrocities the Jews faced gives nightmares.