It is indeed very difficult to write about death, the inevitable end. We’re sure that it’s hard for even you readers to read about it. But still, this topic somehow manages to fascinate us. It is interesting to note that millions of commoners all over the world die every day about whom we don’t care. But when a celebrity dies, he or she immediately garners the attention of the whole world. It doesn’t matter whether the celebrity is local, national or international. We may come across articles about genocide, but until we see the images and stories of those affected, we simply don’t care. People sympathize with the celebrities because they feel connected to and attached to them, especially the loyal fans of the celebrities who feel them be their idols and have a strong bond with them.

It becomes, even more, harder to cope up with when death comes unexpectedly. Many people believe that when a person dies doing something he or she loved the most, he or she dies peacefully and in the best possible way. Though this does not have much logic to it, it is comforting for those in grief. In the case of the celebrity deaths mentioned here, it may also be reassuring to the fans present at the very spot of the death of their favorite celebrity. All of these deaths were highly unexpected, accidental and unbelievable. Each one of these deaths occurred right in front of the fans. Do note that all of these are not internationally famous celebrities, but had loyal fans who loved them and mourned their death.

Japan’s Sankai Juku dance company managed to build an international reputation for its astonishing images conveying life and death. At the previous year’s Summer Olympics held in Los Angeles, the talented troupe had a memorable outdoor presentation that that released four dancers into the air like spiders very high from the ground. With this outrageous act, they instantly became sensations, touring and displaying their skills in every part of North America. But how often can one cheat death? It has to come one day, and that day was September 30, 1985. 31-year-old dancer Yoshiyuki Takada was hanging 80 feet above the ground from atop Seattle’s Mutual Life Building with the help of his ankles when the rope gave way. Thousands of people watched, hoping for a miraculous restraint that would stop the fall. The brilliant dances did not leave his posture until the impact. People initially believed it was a mannequin, but sadly the death was very real. 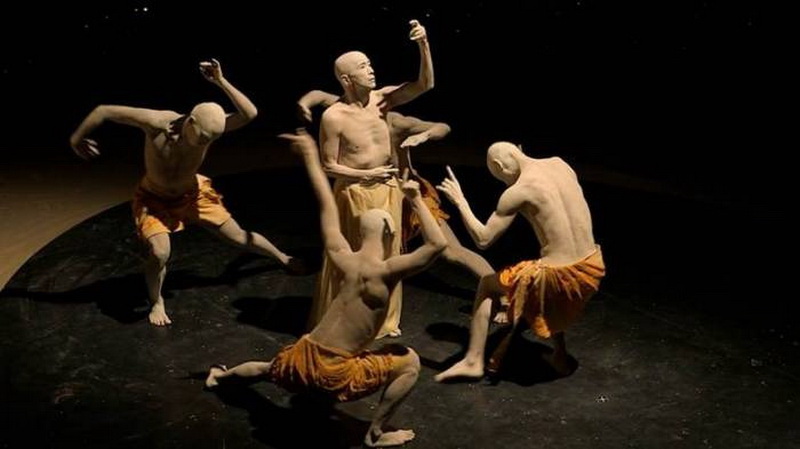 After 6 to 7 years of immense struggle and hard work, Ken Steadman finally managed to establish himself as a good and successful actor and was on cloud nine as his efforts finally paid off. He had managed to do several movies, had bagged good roles in various television shows like Baywatch, Malone’s, Babylon 5 and NYPD Blue. His latest achievement was to get a guest star role on the famous TV series “Sliders.” But then in a fraction of seconds, he lost all his fame when he tragically died in an accident while filming an episode of sliders titled “Desert Storm.” Ken’s character was to drive a dune buggy in the desert in the vicinity of Victorville. It was the third day of the shoot, and all the cast and crew were busy setting up for yet another action shot. That morning, Jen was rather busy transporting the dune buggy in between scenes, when the vehicle suddenly overturned crushing him, killing him on the spot. 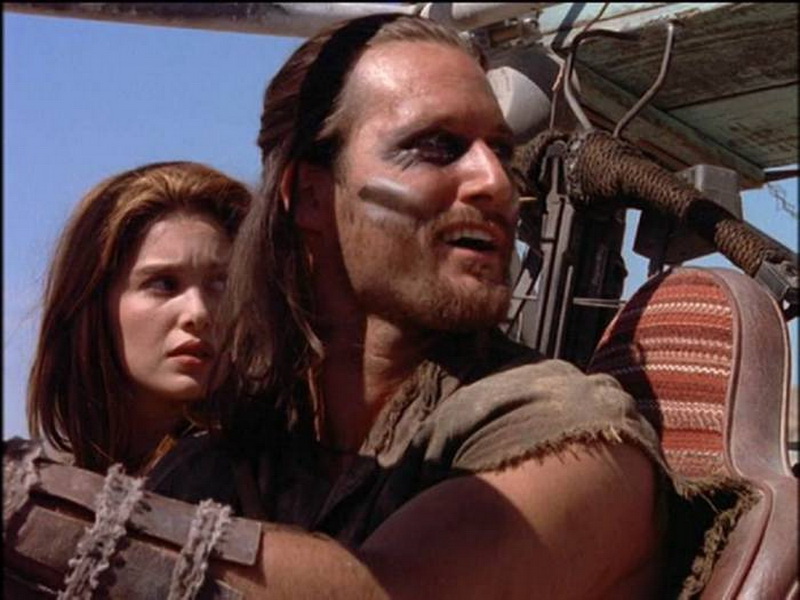 Les Harvey was a guitarist for Stone the Crown, a ‘70s blues rock band. On May 3, 1972, while tuning his guitar for a show in Swansea, Wales on stage, he got electrocuted and died on the spot, in front of 1000 loyal fans. This group, famous for its ‘Teenage Kicks’ album, were in the process of climbing the ladder to success, when their guitarist, 27-year-old Harvey suddenly died reportedly because of a poorly grounded microphone. Shortly after the incident, the band broke up. 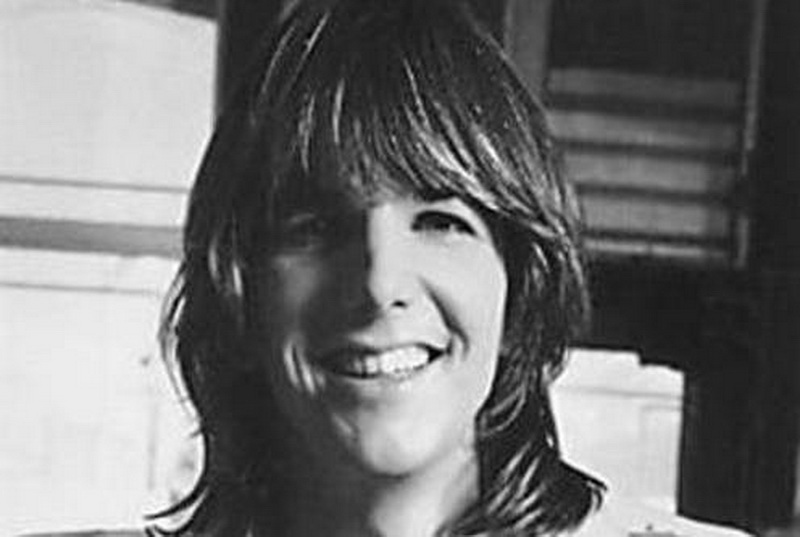 Bruce Lee’s son Brandon Lee died on 31 March 1993 while filming a movie titled ‘The Crow.’ A squib loaded prop gun propelled a bullet from the black cartridge into Lee, killing him. Unlike recent trends, his death footage wasn’t kept in the movie. They instead reshoot the scene with a different actor, who died in the movie by a thrown knife. 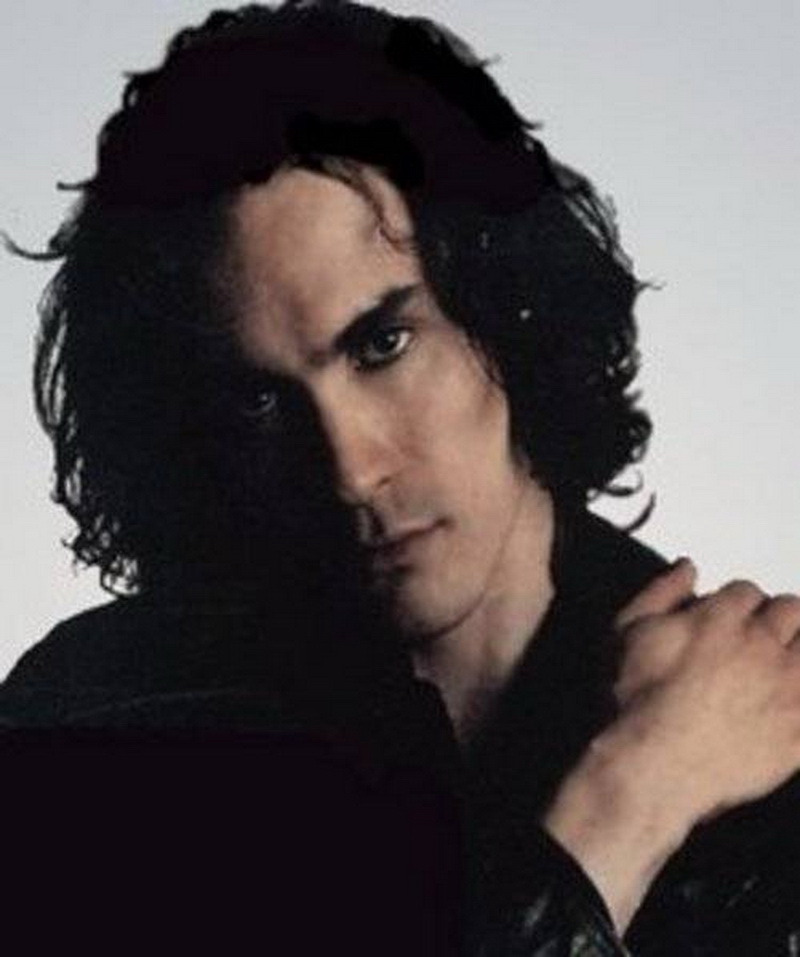 On May 23rd, 1999, Owen Hart, right before his match at Over The Edge, fell from Kemper Arena’s rafters and died on the spot. Hart was asked to record down from a rope making a smashing entry but then things went terribly wrong, and Owen fell from a rope which was supposed to be secure, from a height of 70 feet. TV viewers weren’t able to see this as a commercial was being aired at that time. 33-year-old Owen Hart is survived by his two adorable small children and his wife. He also happened to leave behind sisters and brothers, his parents and many if close friends, who consisted of his family while with the Federation on the road. 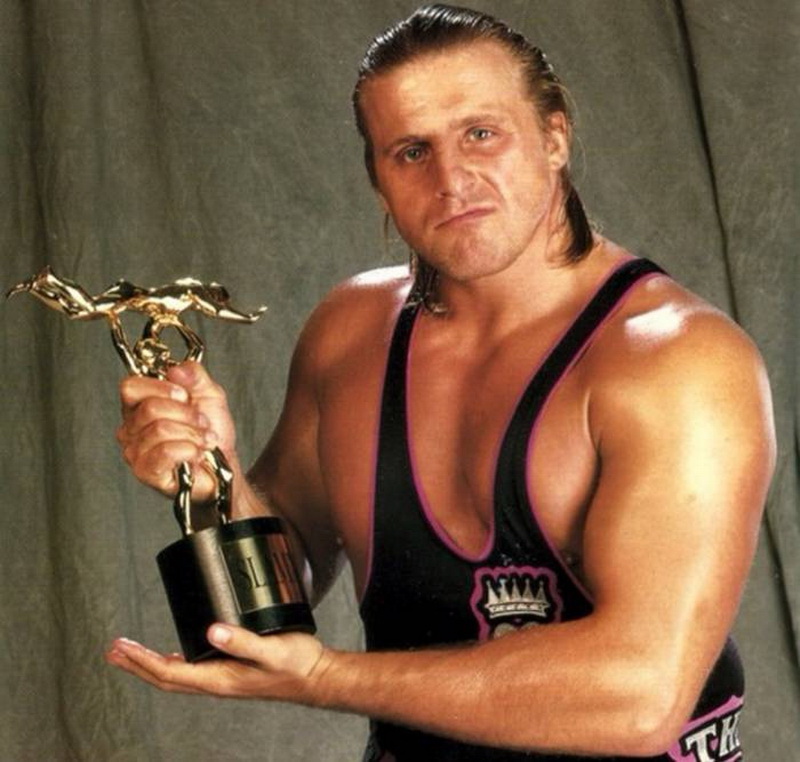 Ty Longley was the vocalist and guitarist for great white. He was killed on February 20, 2003, at a nightclub fire which was considered to be the fourth deadliest nightclub fire in America at this time, The Station Nightclub fire. The massive fire managed to kill 100 people. Great White’s tour manager set off pyrotechnics, which caused the massive fire by igniting the flammable sound insulation foam in the ceilings and the walls surrounding the stage. 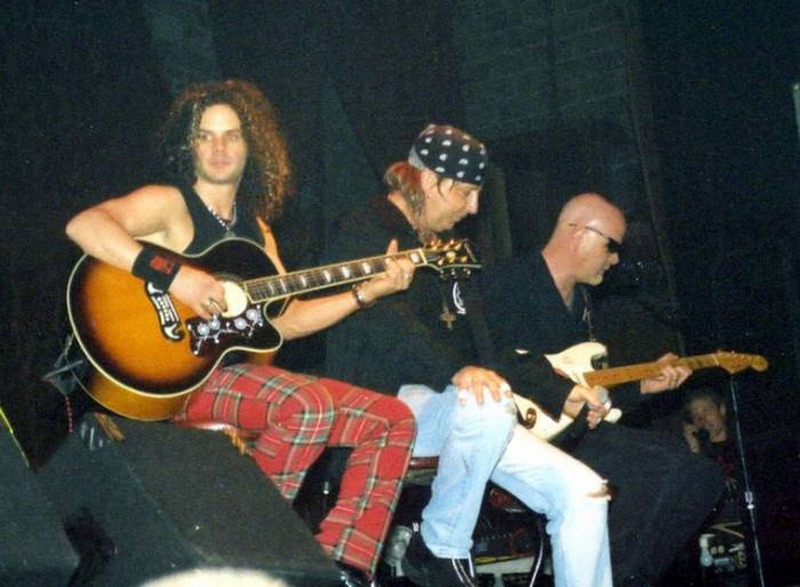 This one again proves that wrestling is a very dangerous sport, and every athlete requires a lot of practice before making any move, as it might prove to be lethal. Though Mitsuhara Misawa was not well known in the West, he was thought to be the greatest wrestler of the 90’s by many. Hence it came as a massive shock to his millions of his fans when he died at the age of 46 in the ring itself. His opponent Saito inflicted a suplex on his, causing a cervical spine injury to him. Unlike Owen Hart, this wasn’t a fancy move going wrong. The move is successfully performed every day all around the world. It happened when Misawa was in the process of teaming with Go Shiozaki against Bison Smith and Saito, on a pro wrestling NOAH match which was live in Hiroshima, Japan. Unlike the treatment Owen Hart got from the WWE, they immediately stopped the show at 8:45 pm when the wrestler was getting CPR. Though the great wrestler had been experiencing back problems for some time, he never cared to visit a doctor and sort it out. 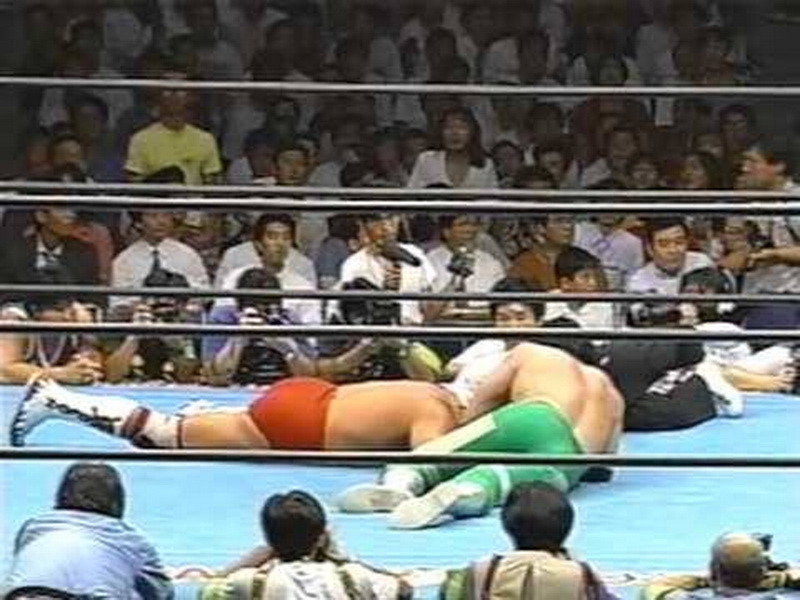 Born on August 29, 1966, Darrell Lance Abbott, also called Diamond Darrell and Dimebag Darrell, was a songwriter and guitarist most popular for founding two bands, Damageplan and Pantera along with his brother Vinnie Paul. He was known for his contribution to groove metal. Abbott was shot and killed right on the stage by a gunman during a Damageplan performance on December 8, 2004, in Columbus, Ohio at the Alrosa Villa. He ranked no. 1 guitarist in Metal Hammer, a UK-based magazine and 92 in Rolling Stone magazine in the list of 100 greatest guitarists. 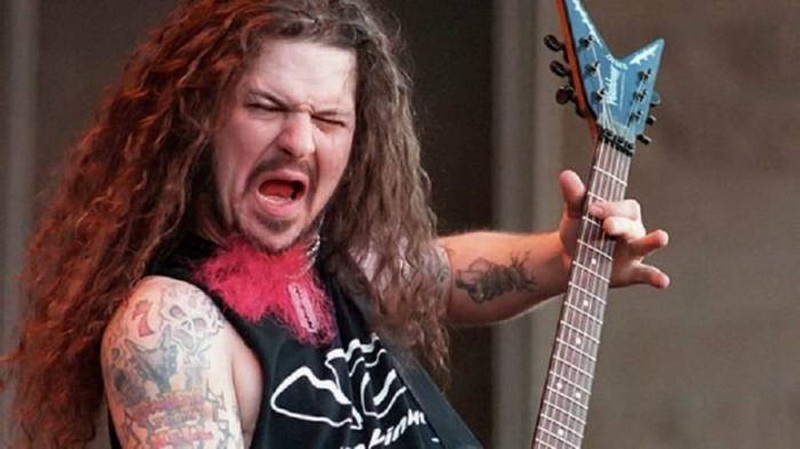 Sarah Guyard Guillot was a veteran acrobat and a mother of two. At the age of 31, died by falling from a height of 94 feet during the conclusion of the show at Cirque Du Soleil. This also marked their first onstage fatality in 29 years. A spokesperson for Nevada Department of Business and Industry she that Sarah ascended too swiftly, and as a result, the rope came out of the pulley. 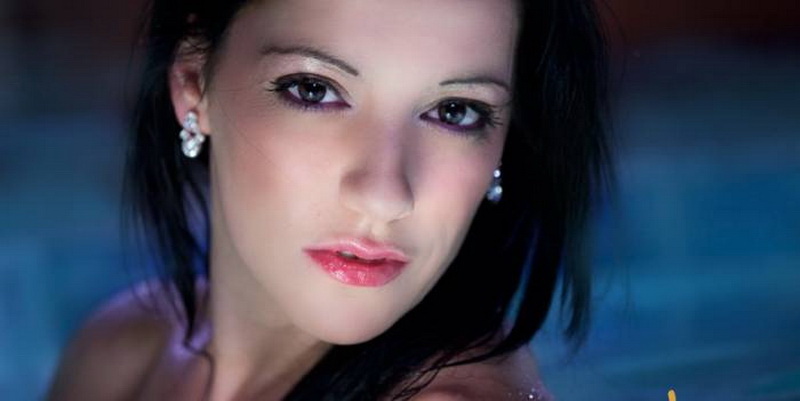 Christina Grimmie who came third in NBC competition series’ sixth season, got shot by a male suspect on June 11th, 2016 post her Orlando concert. She was very young, just 22 years old. Though Josh Kaufman won the season, Christina was a standout, with many of her fans predicting that she would win for Adam Levine, her coach. The murderer, instead of escape, killed himself in turn. A friend of the killer confessed to the police that Kevin was an extremely obsessed fan of the singer and thought that they were meant to be together, and made a play for this. No one, obviously, knows what the plan was. 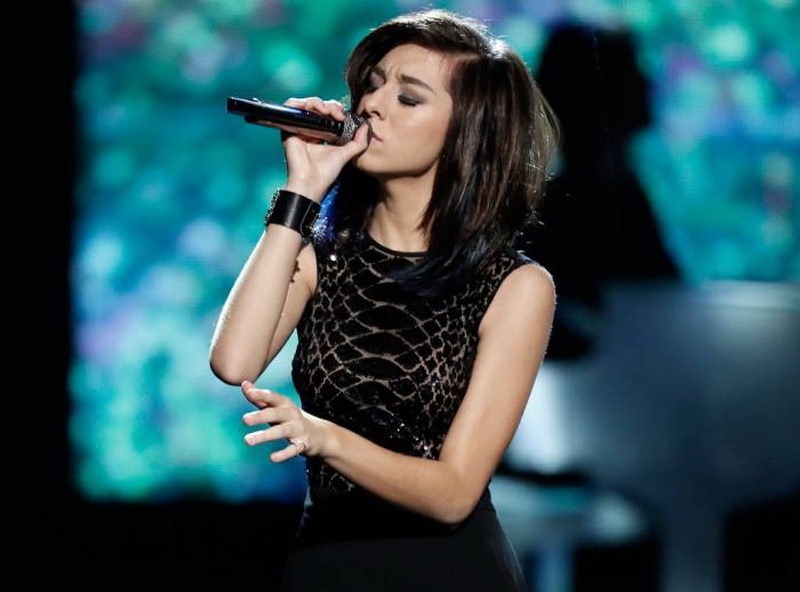