Before starting with the article, I should tell you guys that I am not against vegans. People do make fun of them often, but not because of their diet, but due to the reason they think others are evil for eating meat, and that they are the best people. If you are a vegan and you think you can lead a healthy lifestyle that way, that’s fine. There’s nothing wrong with that.

Although humans are omnivores, so they can survive on a veg void of meat, the same logic doesn’t apply for dogs. And it really makes me angry that some vegans think their dogs shouldn’t eat meat as well, even though they are carnivores.

1. One such person posted this picture of her dog on Tumblr. Even though the dog seems unhappy, she was really proud for her vegan meal that has been specially created for the dog. 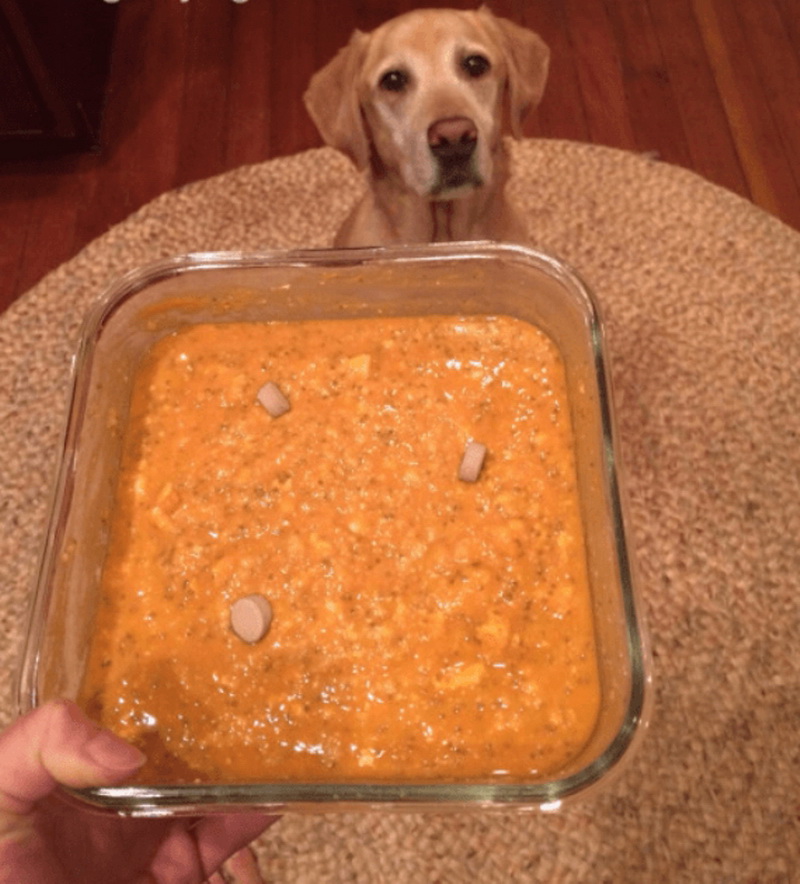 2. Fortunately, one person with knowledge of biology pointed out why this diet is dangerous for the dog. 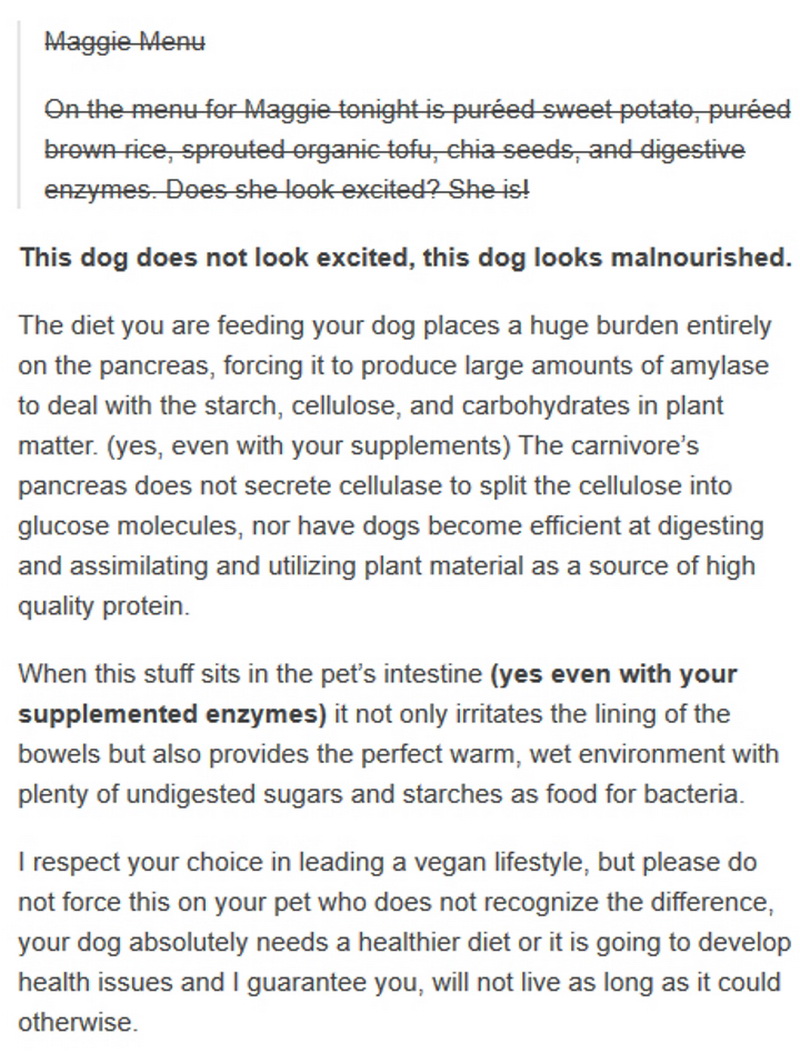 3. Another person tried to side with the dog’s owner, saying the vegetarian food is equally good for the dog, but then others shut him down soon.

4. You have probably seen dogs eat vegetarian stuff other than meat, but this guy proved that meat is essential to the dog’s survival, and his evidence was solid. 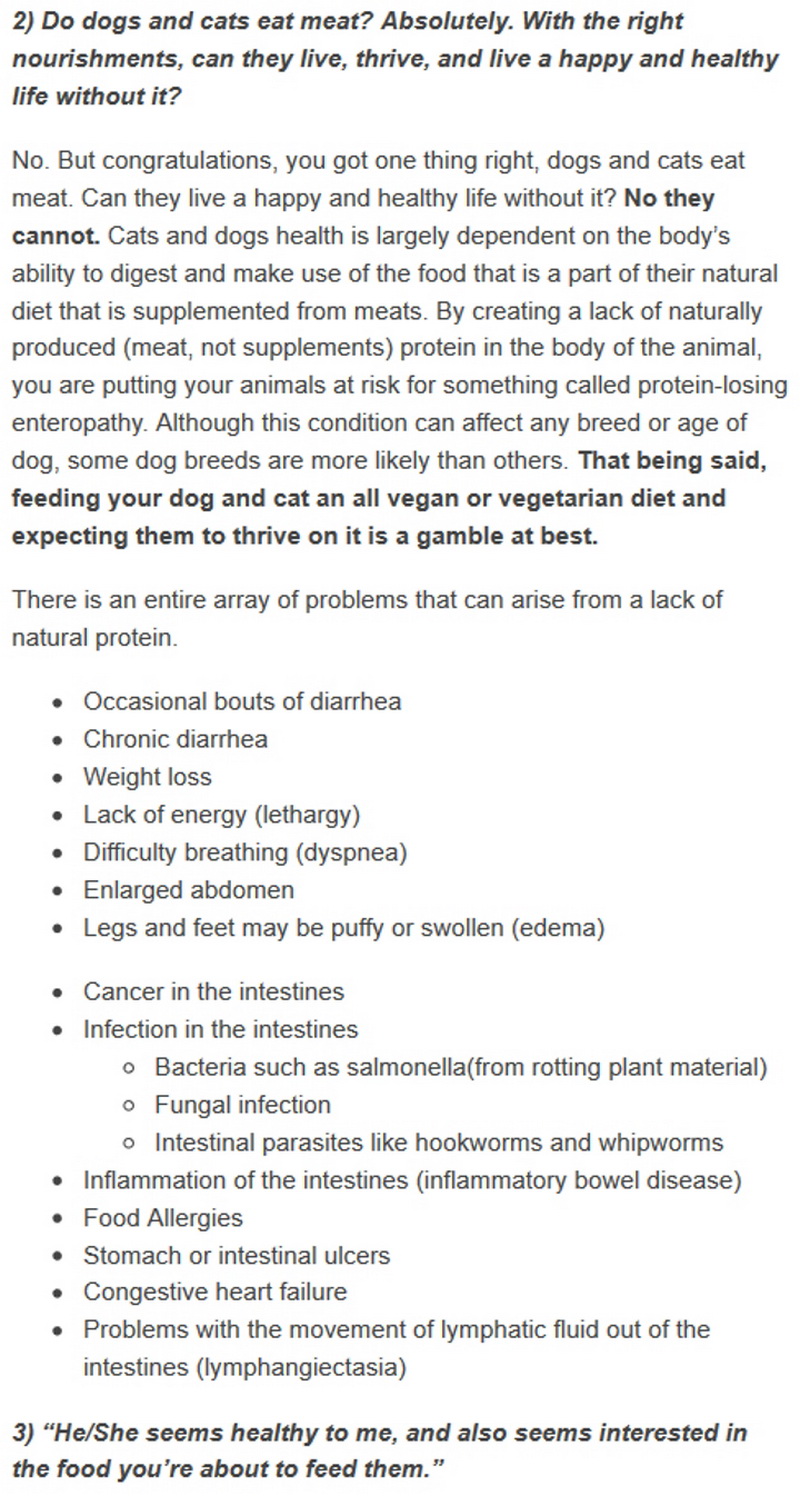 5. He kept on mounting evidence after evidence and pleaded that people with such mind-sets shouldn’t have pet dogs, since they are endangering their lives. 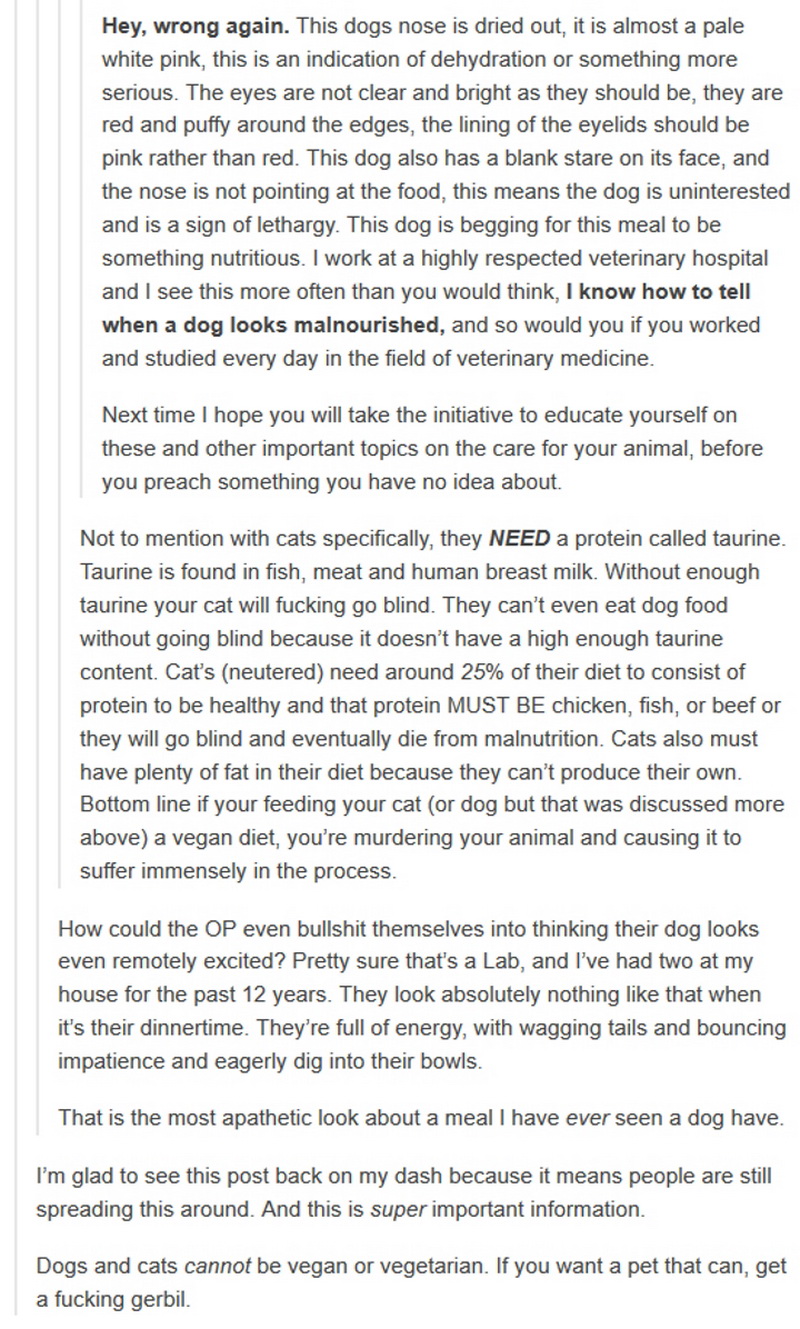 From his post, it does seem he is really angry, but he has valid reasons as well – he cares about dogs and wants them to lead a happy life rather than becoming an object to prove their owner’s lifestyle is the best one.
Source