Snakes are considered to be very dangerous predators, having a high place in the food chain. It can be horrifying to see a snake attacking it’s prey. But the worst scenario is when the snake is not able to digest it’s ingested food. So, take a look at these horrible cases of snakes’ indigestion. We are warning you beforehand of how scary and ugly these are. Watch out.

A Python eating a rat fought with another Python for its prey but ended up eating the snake itself. Cannibal. 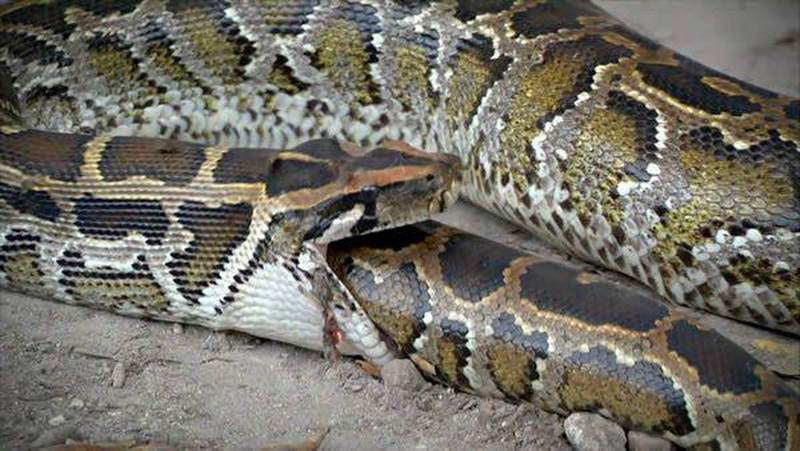 The dead body of a four metre long Python was discovered in South Africa at Lake Eland Game in June 2014. It was found that he was punctured by the quills of the porcupine he ate because of which he died. Quills were released by the porcupine in self-defence, which indeed punctured the snake’s digestive system and the rest is history. 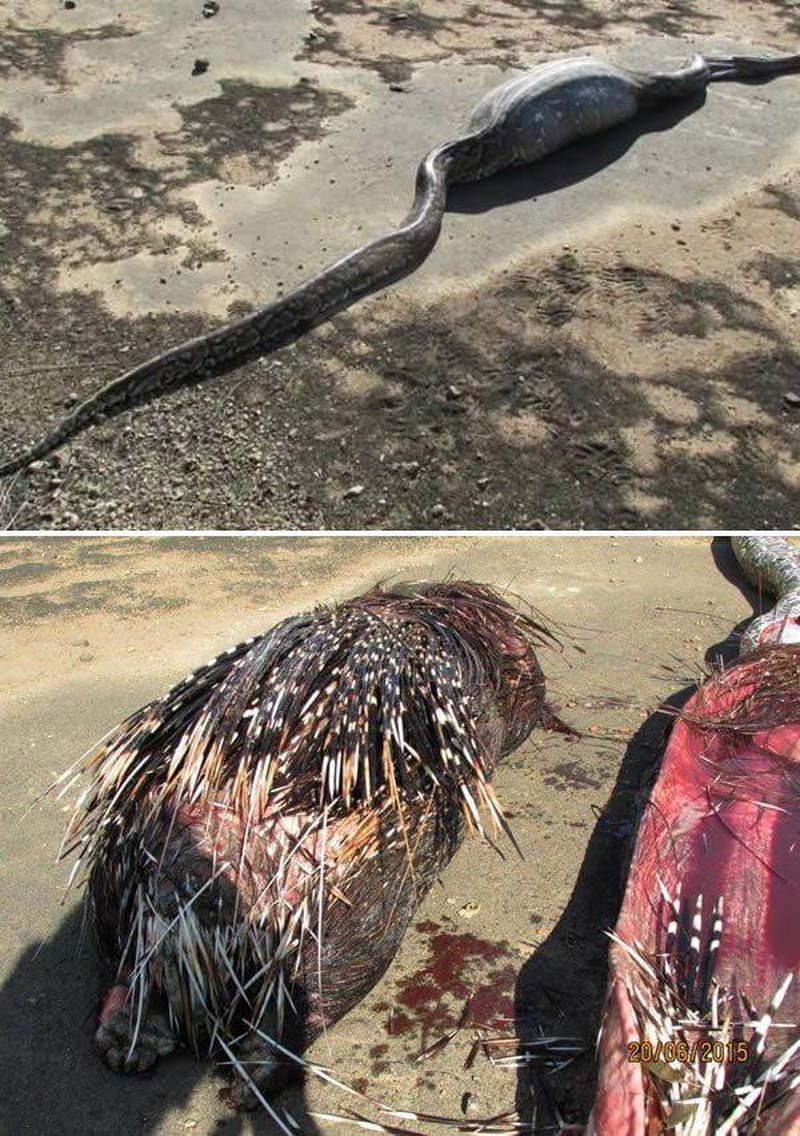 A young mass viper, 4.2 grams in weight, made his biggest mistake when he tried to swallow an alive mass centipede weighing more than his weight, 4.8 gram. The centipede, in his protection, tried to cut his way through the body of the snake. Scientists found out that it managed to damage all the internal organs of the snake. This took place in 2013 on an island known as the “snake island”, Golem Grad in Macedonia. 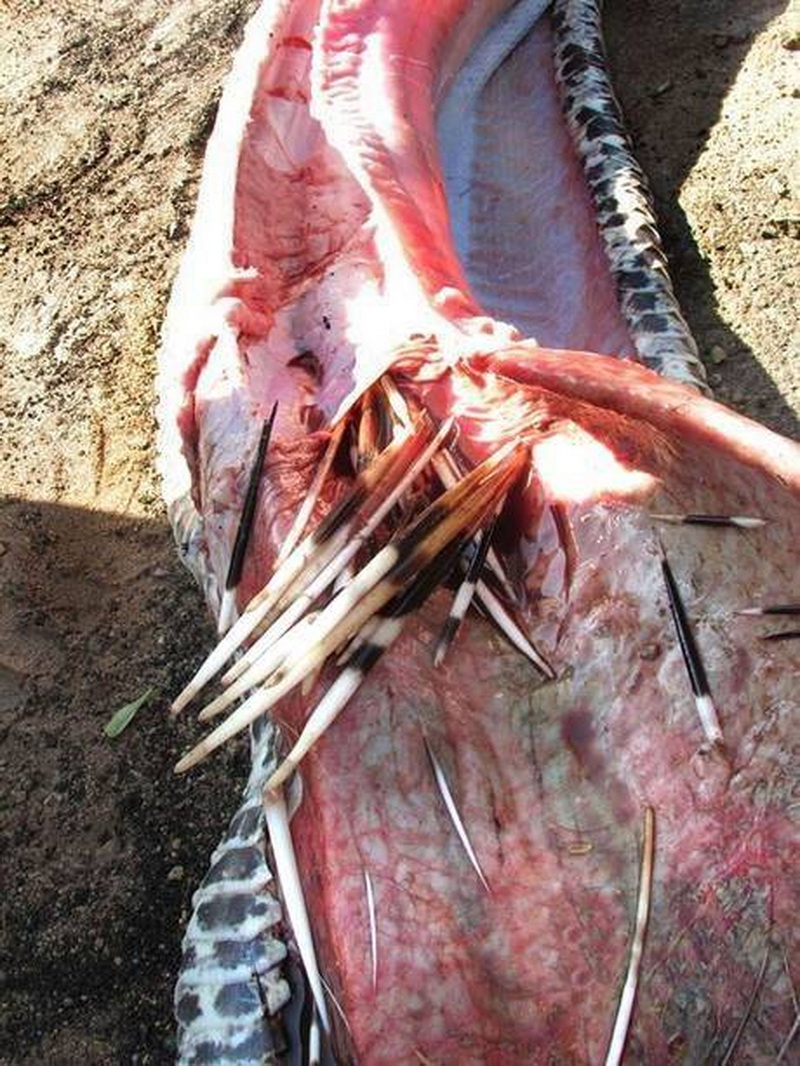 4. Electric blanket swallowed by a snake:

A pet Bernese named Houdini swallowed, along with his dinner, an electric blanket. He was 18 years old and 12 ft long. The snake’s owners said that they employed an electric blanket to keep the Python warm, as they are unable to generate their own body heat. Vets said that it would actually have taken the snake 6 hours to engulf an electric blanket 8 ft in height and 60 pounds in weight. But fortunately, his life was saved by an emergency surgery. 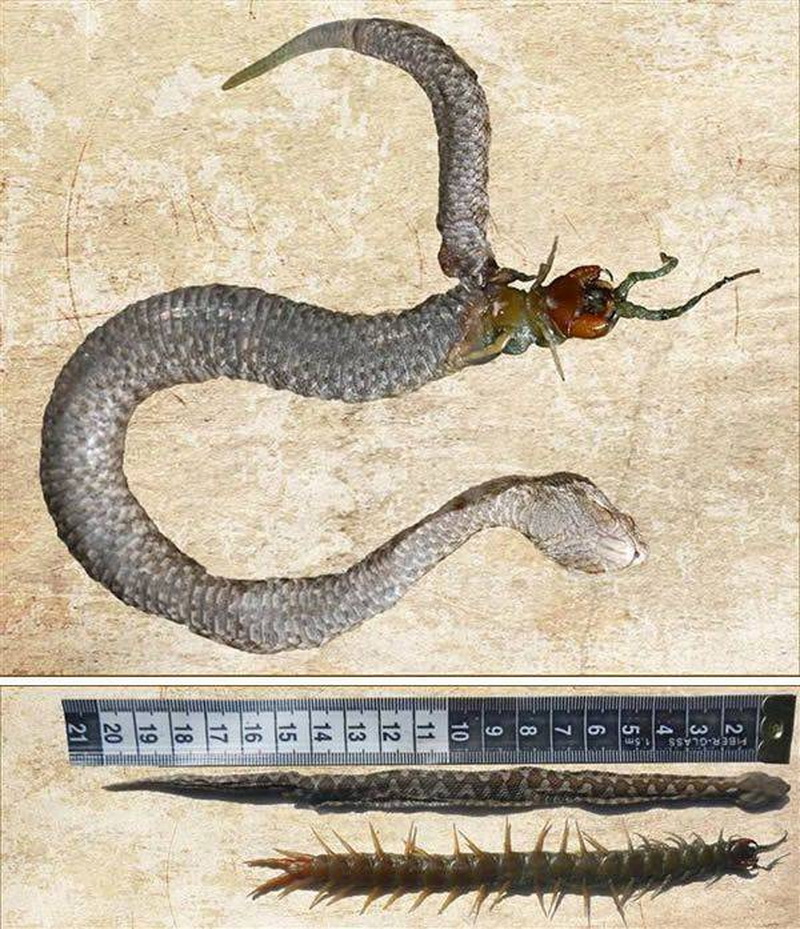 Julatten resident Neil McDougall discovered a dead 4.5 meter Python on his owned property. His fat belly indicated that he had eaten something big. An expert informed Neil that the Python must have died because of the piercing of some internal organ. Even snakes cannot eat beyond the limit. 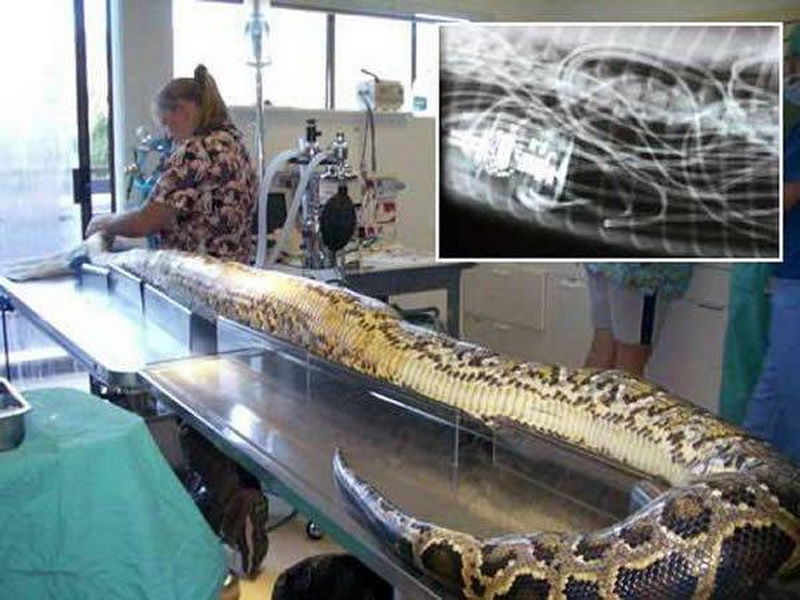 In Florida, a Burmese Python, four meters in length, exploded when it tried to swallow a two-metre long alligator. He was found by wildlife researchers in October 2005. In snake V/S Python, but lost their lives. Gross. 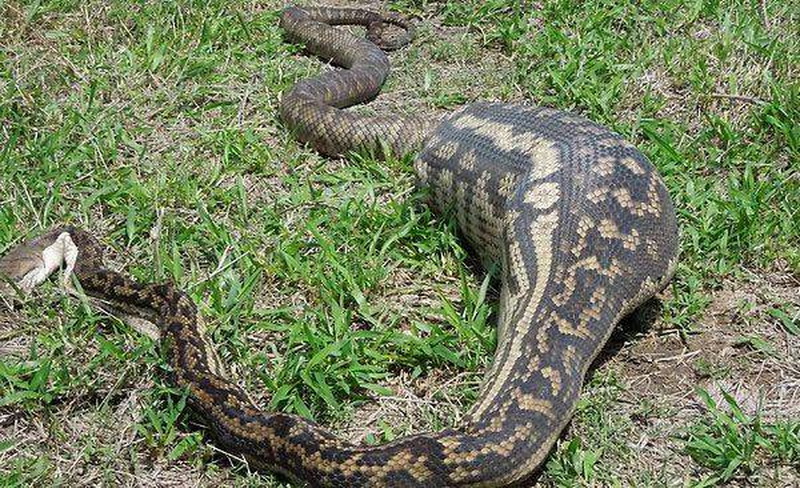 South Florida Water Management District captured and killed a 16 ft long Python on October 17,2011, as it, one of the largest reptiles found in South Florida had swallowed a complete adult deer. Greed is not good, snake. 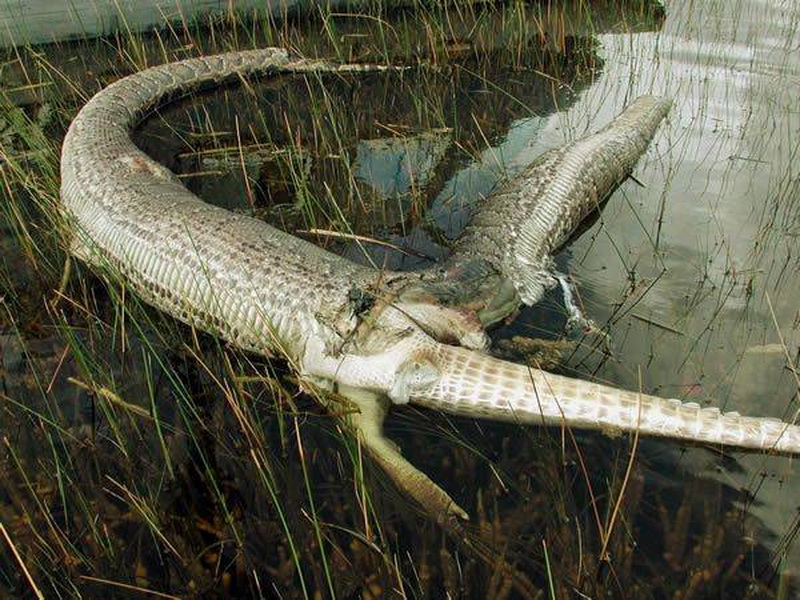 How ruthless can wild animals be? This 18 foot Python ate a pregnant eve, and was full to the brim and could not move an inch. This instance occurred in Kampung Jabor, a village in Malaysia in September 2006. Firefighters were requested to come to remove the Python, which was completely bloated, from the road. 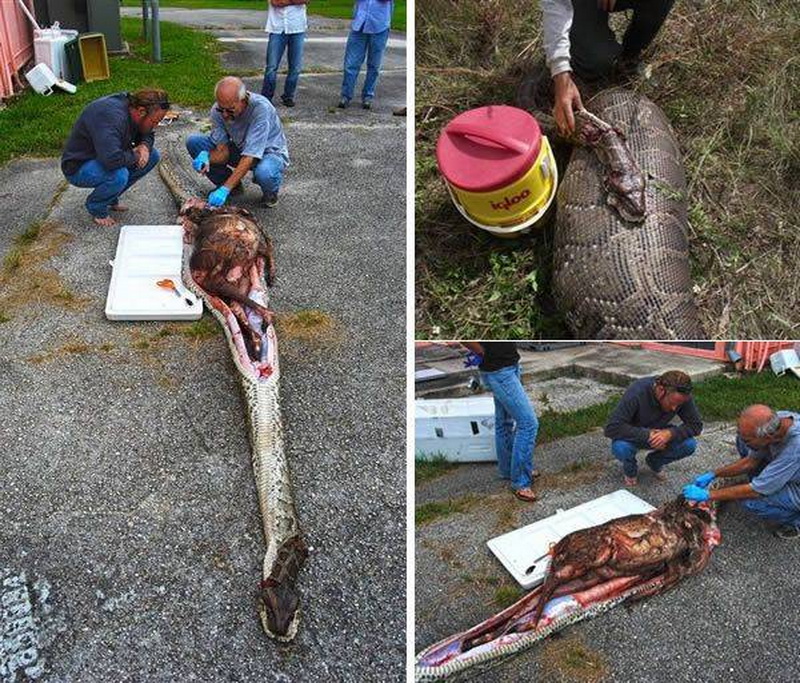 This pic shows a Python who engulfed a pet cat! The owners were desperately looking for their beloved pet cat, but then sadly found out about the disheartening demise of the cat when they smelled a foul smell in their backyard. They saw the body of their dead cat peeping out of the decomposed body of the Python which was bloated. It was indeed very horrific. Noooooo! 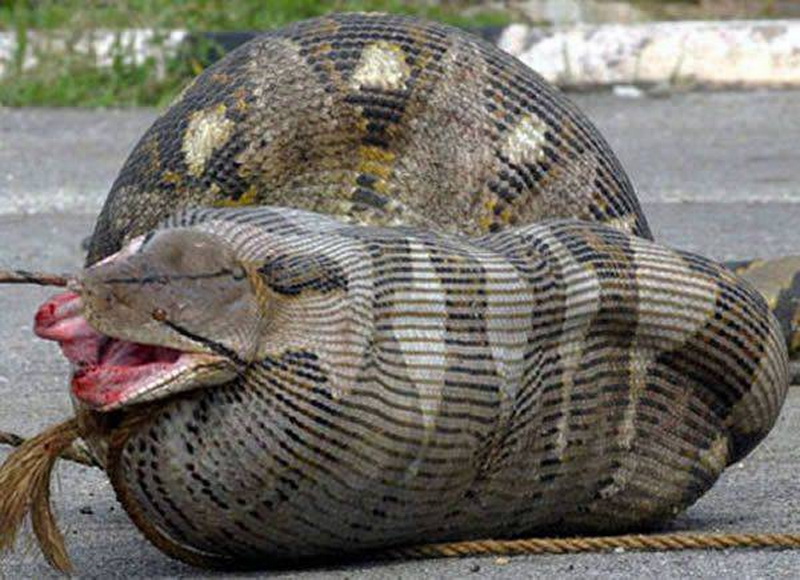