Kasey Simmons works at Applebee’s restaurant in Dallas area. He was having a very normal day at work when things changed. 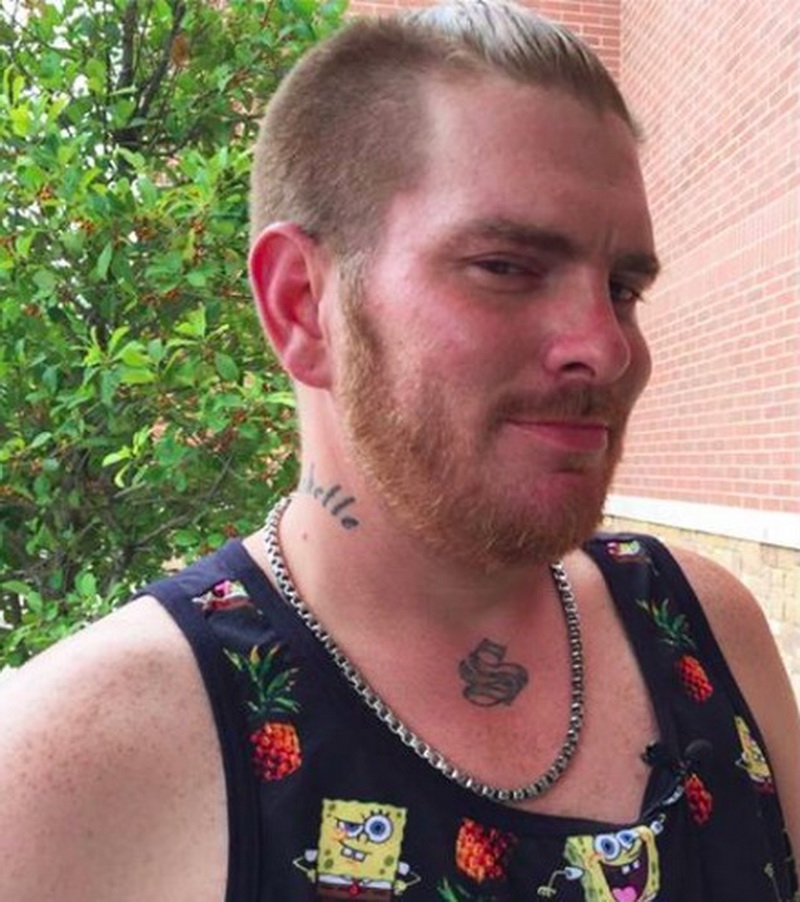 Customer on one of the tables selected the cheapest item on the menu, flavored water which cost 37 cents, but it is unbelievable but true that she left a tip of $500. 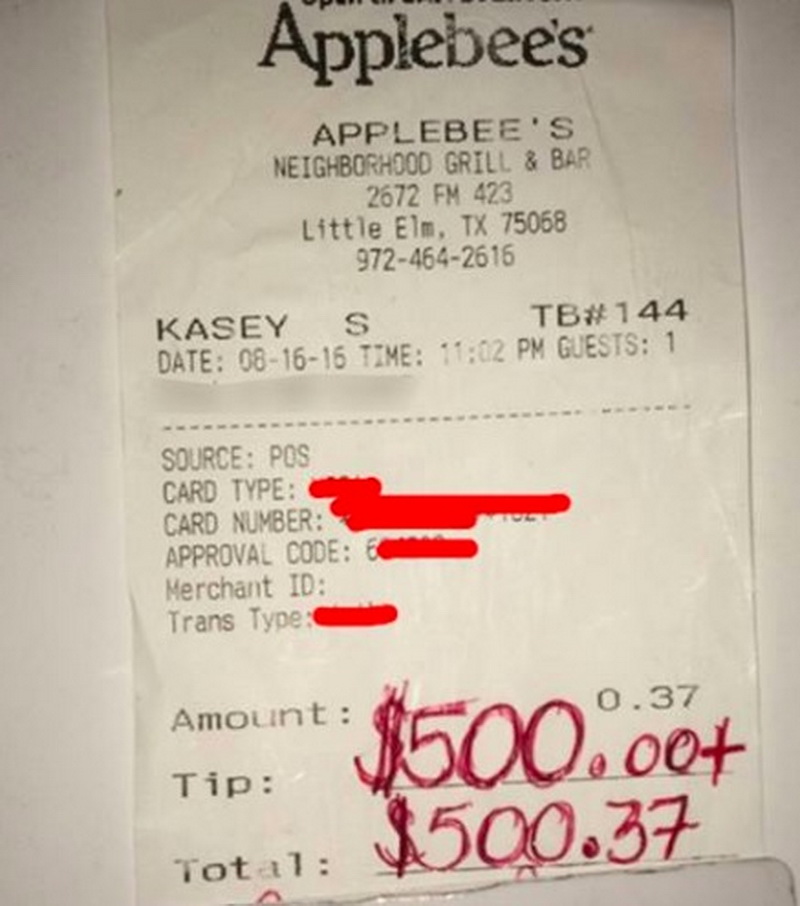 Read on to see surprising reason why this customer left a $500 tip.

Along with the tip, she also left a note written on a napkin which said that they left such a huge amount as tip since he had helped at Kroger Supermarket with her groceries a day before. The woman looked distressed, so Simmons went to her, complimented her, and even offered to pay the $17 bill for her purchase of groceries. The person who left that note was actually that woman’s daughter, who tried to explain how much this meant to her. 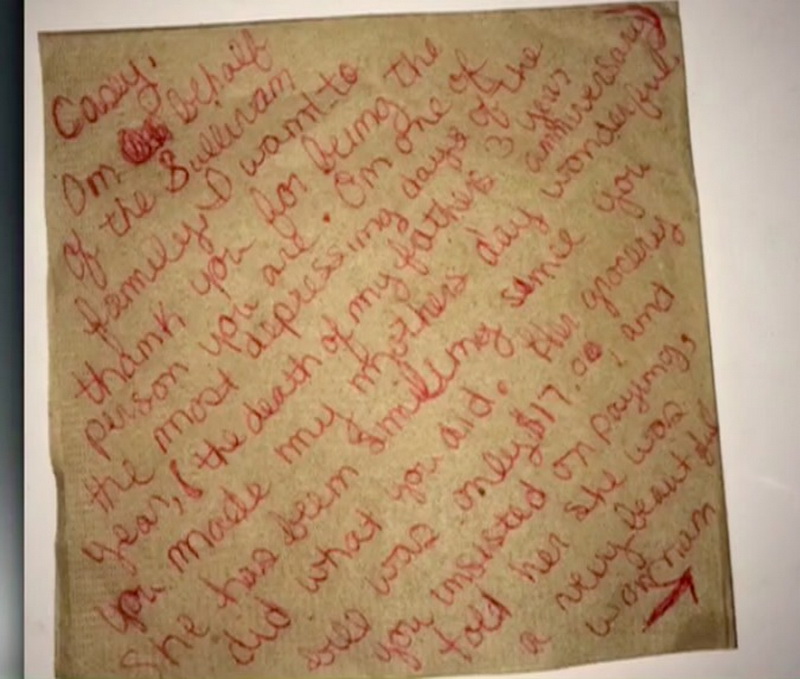 It was later found out the woman at the supermarket was upset over the third death anniversary of her husband, and hence the woman’s daughter wanted to show kindness and reward the person who was kind to and consoled her mother.

Watch Video on next page

“It was only $17, but it’s not about the money. It’s about showing someone you care,” Simmons said.