These days, it is a very common practice for pregnant ladies to get a photo shoot done of themselves. But this dog has given this trend a canine twist.

Kennedy Sorensen’s beloved dog, Chanel, a golden retriever, is due and will give birth to cute puppies anytime before October 12. To commemorate this joyous occasion, Sorensen came up with a novel idea and organized a maternity photo shoot for her Chanel and the daddy of her puppies, LeeRoy. 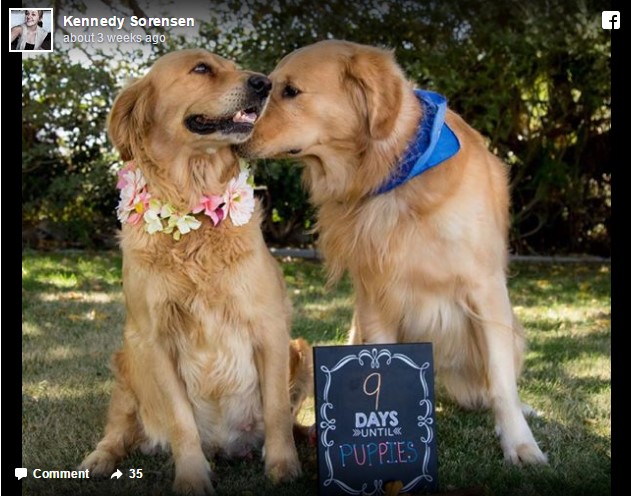 Sorensen lives in Taft, California on a mini farm which hosts ducks, chickens, cats, a micro pig, rats and dogs. Her love for animals.She told The Huffington Post that it was her idea.

Sorensen said: “It all started when I texted the owner of the Stud, Amy Rients, asking her if she was willing to do a maternity photo shoot, and she gave a positive reply, said she would love to”. 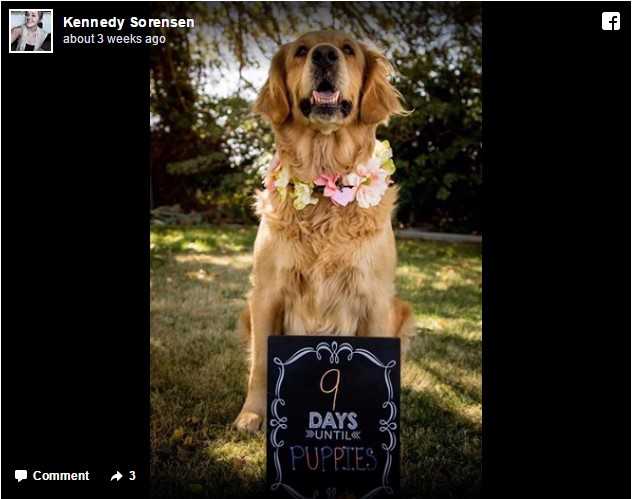 “She then visited my house along with the puppies’ dad, LeeRoy. She asked Amy, my cousin Reagan and me to hold the dogs still, which she took photos.” She added.

The end result of all this effort was a fabulous photo shoot and some adorable photos of Chanel and LeeRoy. They posed with a placard reading – “9 Days to go until puppies” Sorensen shared some photos via Twitter, which got around 20,000 retweets and 34,000 likes. 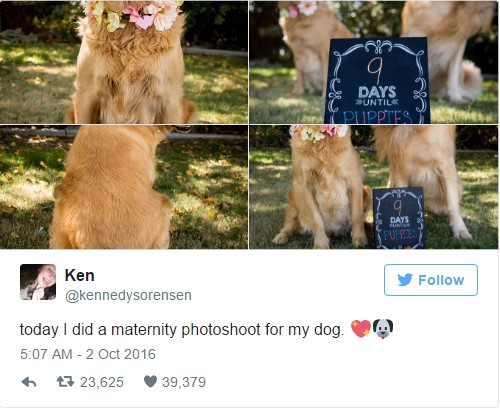 Sorensen told Huffington Post that she is extremely happy with all the limelight her dog is getting. “Amy and I are thoroughly pleased and happy to see our dogs making people smile and that their photos are being liked so much”. 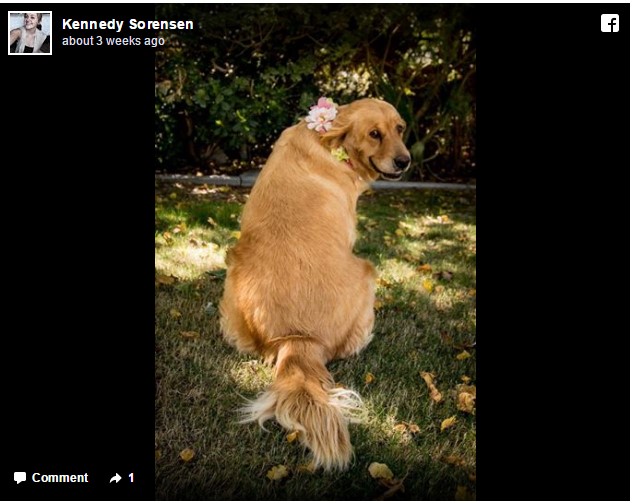