China, among the other countries in the world, is known for its bizarre tastes when it comes to food. The list of animals they eat is endless and creates nausea in many of us. When we hear the name of the food items they eat, we are sure many of us feel why such a nauseating tastes. It is a fact that many in China have started eating normal food items preferring them over the queer animal foods. However, the huge chunk of people who are truly animal lovers when it comes to eating them, still continue eating the animals which are tortured and killed so they can be cooked in to a mouth watering dish. Let us have a look at some such food items made of animal body parts in China in the following paragraphs.

Considered as one among the eight rarest of animal parts for cooking and eating, Monkey Brain is also a food eaten as a tradition in China. The way the Monkey Brain gets cooked and eaten by people makes one’s heart wrench in sadness. A table with a hole in the middle is laid in front of people who eagerly wait to eat a Monkey’s Brain. The size of the hole will just be enough for a Monkey to pop out its head. One the monkey whose body is underneath the table pops out its head through the hole on the table, people who are waiting to eat its brain will be allowed to break open its skull. Then they pour the hot oil on the surface of the brain. Get the same cooked. Eat the cooked brain with pork. The worst part of this complete process is that the monkey would be still alive screaming in pain while its brain is still being cooked and eaten. 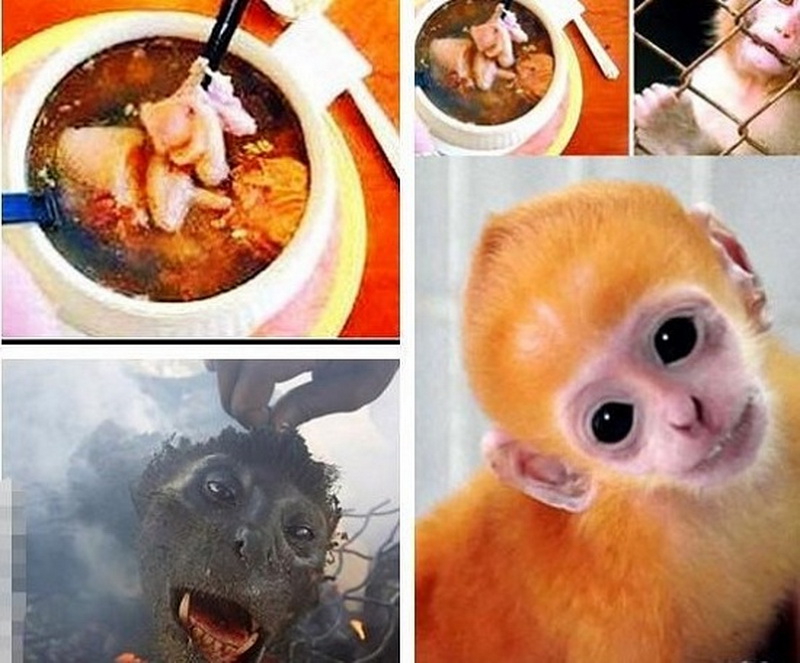 Feng Gan Ji is nothing but the name for chicken that is stuffed with spices and dried in the wind. The preparation of the chicken to dry in the wind with spices stuffed inside requires a lot of expertise from the chef who prepares the same. The feathers of live chicken are plucked and seasoning done inside by making slits in the body of the chicken which is still alive. Quickly the slits are sewn and the chickens hung in an open space so they can dry in the wind. Remember all these things are done while are the chickens are alive and Feng Gan Ji is considered a traditional dish in Tibet 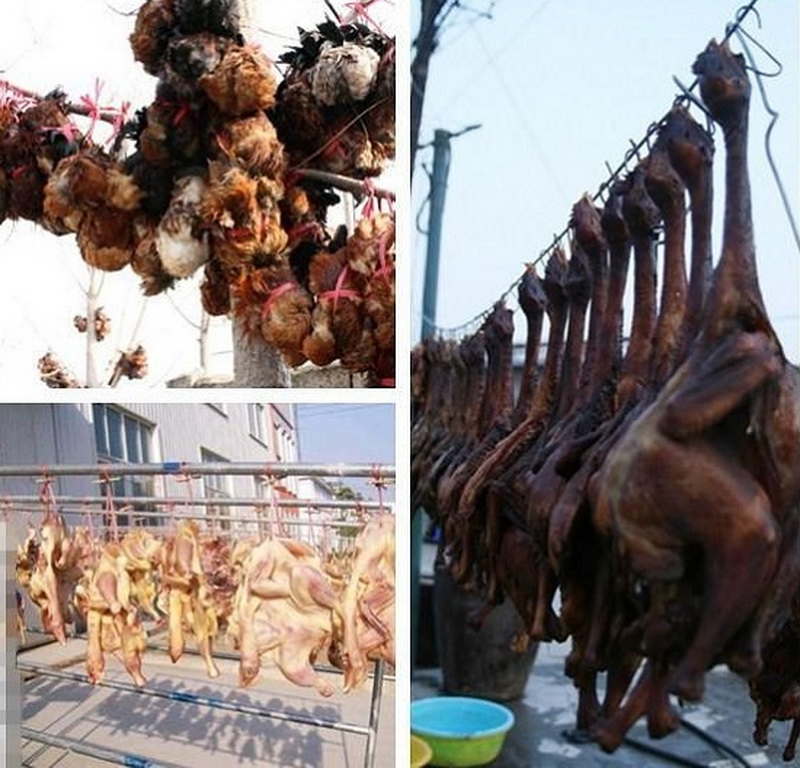 This is two dishes combined into one. While Long Xu is the barbels of carp fish that is alive Feng Zhao represents the meat in the center of a live chicken’s palms. To make a single combination of this dish, more than 12 chickens and hundred plus carps are required. 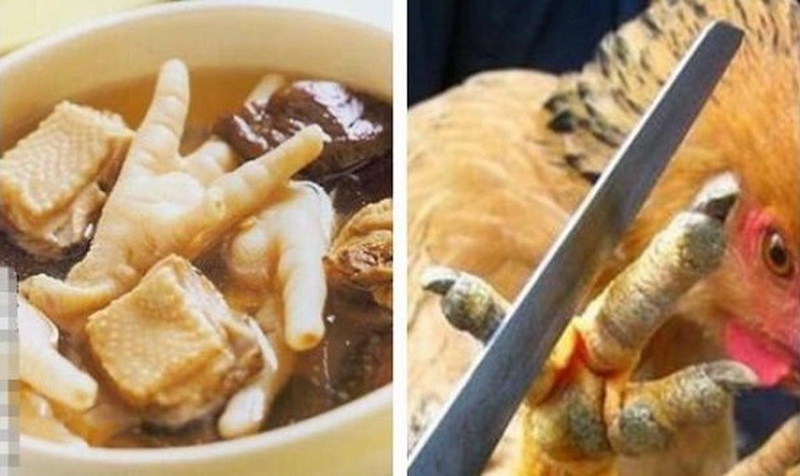 The cooking method of Duck claws is a bit eerie. Seasoning is done first on a heated plate made of iron. Then a live Duck is made to walk on the iron plate in a manner that it has the option only to walk or run without any ways to escape the heat underneath. The duck keeps walking and then starts running when the heat is unbearable. After a particular time when the claws are well cooked, they are cut off from the Duck’s body and served as a delicious dish to the food lover. 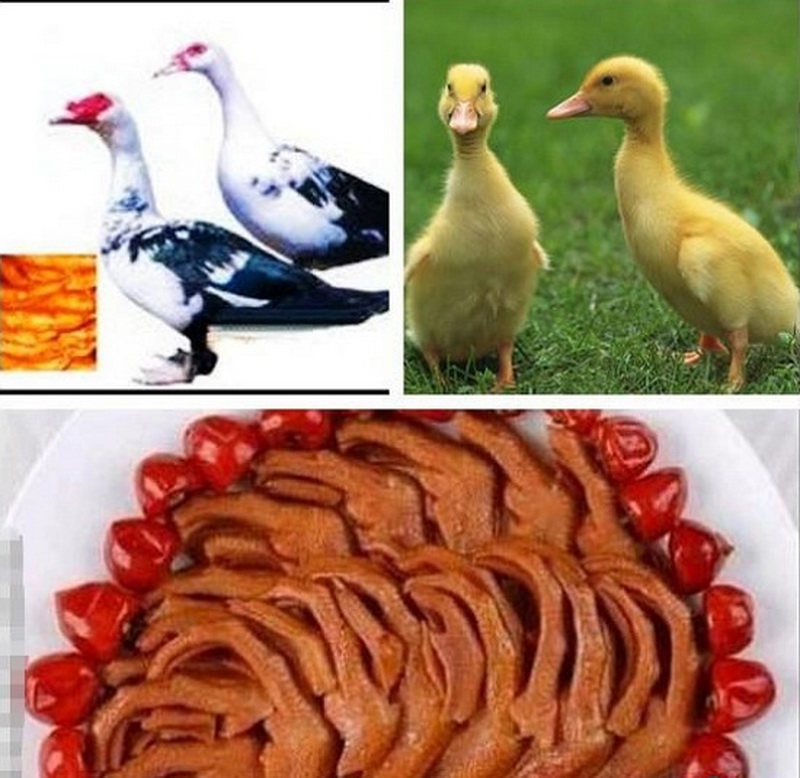 A live turtle is put into the seasoned liquid. The heat increases and the turtle not knowing what to do, drink the liquid. As the temperature keeps increasing, the turtle gets cooked alive and floats in the liquid around making it cook to a soup consistency. The cooked turtle is then served to the food lover along with the soup surrounding the same 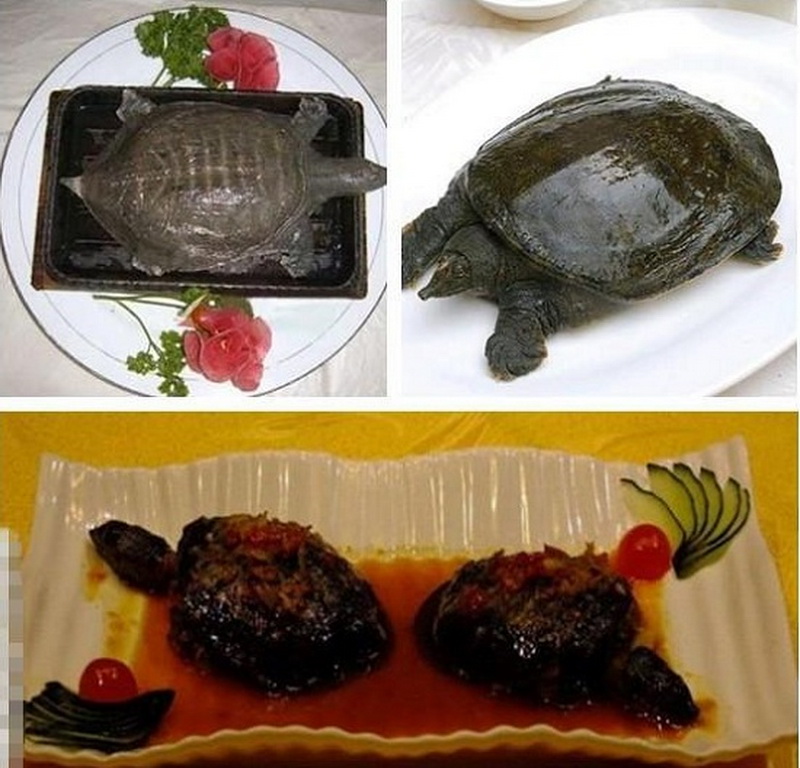 Huo Jiao Lu is cooking a live Donkey tying its legs tightly so it doesn’t move while getting cooked or being eaten alive. Some chef cut its meat from its body while the Donkey is still alive and braying with pain. They cook the meat quickly and serve it to the food lover who has opted for the same. Eating freshly cooked Donkey meat is a favorite past time for many in China 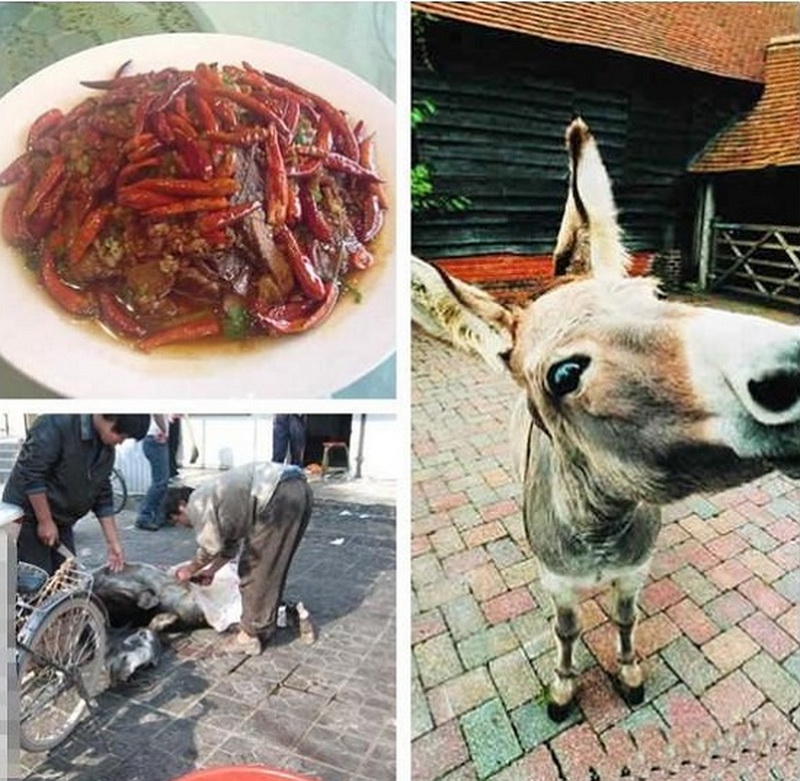 The main ingredient of this dish is mice that are newly born. These newborn mice are put in a special plate which has a cover through which the can poked using a fork. People who love to eat live mice poke the small ones with the fork to hear them squeak for the first time. Then they are allowed to use the seasoning of their choice over these mice which squeak for the second time. The final time when they squeak is when they are bitten by the food lover with the seasoning on the top. This is one of the dishes that require no cooking by any expert chef. 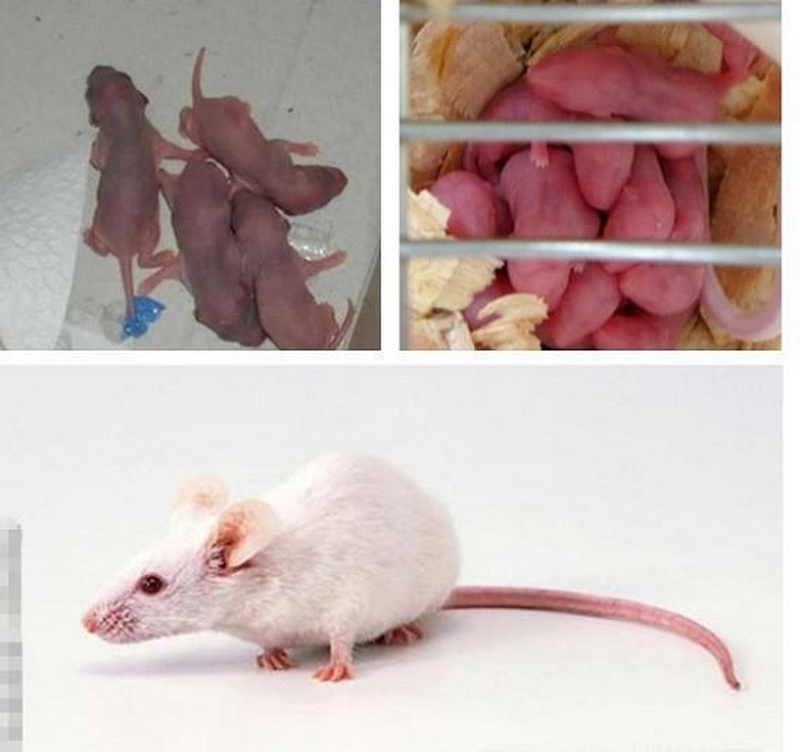 Zui Xia is a dish which is made by putting live shrimps that are found in fresh water into liquor which is usually strong in nature. These shrimps thus dipped in strong liquor are either eaten alive with the coating of the liquor on their body or drunk as a drink along with the shrimps falling in the mouth as a crunchy live side dish. Food lovers love this for the aroma of wine that spreads in the mouth while crunching the live shrimps. 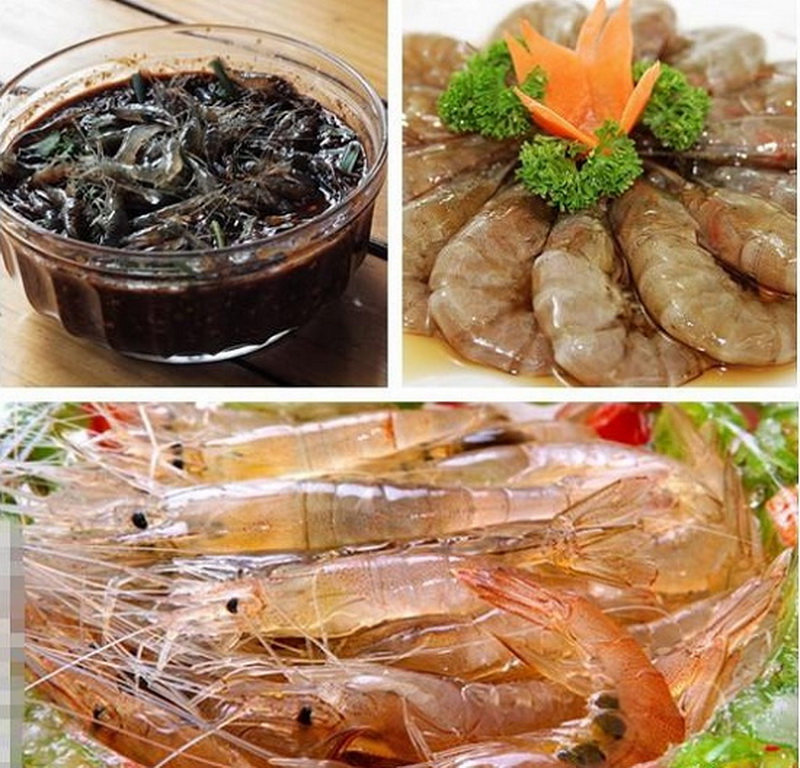 Goose that is tender-fleshed is the main ingredient for this dish. The anus of the chosen tender-fleshed goose is cut open enough to create space for human fingers to be inserted inside the same. When the finger sent inside feels the gut of the goose, the finger is rotated to hold the same and then the gut pulled out. Goose gut is liked by many for the fragrance it sends out when cooked. Fresh goose guts are liked by many for the tenderness they offer while eating

This dish is not made of direct lamb. A pregnant sheep which has got its labor pain is put on the charcoal fire to get fully cooked on all aspects. The more deeply it gets cooked the more the lamb inside its womb also gets cooked. The little lamb that gets cooked inside the mother sheep’s womb is considered to be crispy as well as tender to eat offering a delicious taste to the food lovers