Skyscraper is a tall, continuously habitable building of over 10 floors, mostly designed for office, commercial and residential uses. The maximum height of structures has progressed historically with building methods, technologies, and fire barriers. Fire Barrier Experts provides a fire door services that best protect building, people, sensitive equipment, critical infrastructures and the like from fires, explosions, sabotage, gunfire, arc flash, and other types of incidents.

The skyscrapers walls are not load bearing and most skyscrapers are characterized by large surface areas of windows mode possible by the concept of steel frame and curtain wall thanks to the Remarkable qualities of structural steel. They often have tabular structure and are designed to act like hollow cylinder to resist lateral load. Nowadays, we have extremely tall skyscrapers thanks to the technological advancements in the construction industry including the Urban digital twins software.

Here are 10 highest skyscrapers in the world.

Burj Khalifa is the tallest manmade structure in the world situated in Dubai, U.A.E, standing at 839.8m (2,722ft). The building was named in the honour of the rular of Abu Dhabi and president of the U.A.E. It is around 1,500 feet taller than Eiffel Tower and almost twice the height of the original World Trade Centre. It was designed by Adrian Smith. The design of Burj Khalifa is derived from patterning systems embodied in Islamic Architecture, such as in the Great Mosque of Samara.
Construction of the Burj Khalifa began in 2004, with the exterior completed 5 years later in 2009. The building was opened in 2010. The building is major draw of tourists and features 900 residences, a hotel with 160 bedrooms and 37 floors of offices. It contains a total of 57 elevators and 8 escalators. Apart from being the world’s tallest building it also holds a few other records, including world’s highest nightclub (144th floor), world’s longest travel distance elevators (504m),world’s highest restaurant (122 floor) and world’s highest New Year display of fireworks.
Burj Khalifa costs more than $1.5 billion to construct and make a huge statement about Dubai’s wealth ambitions. 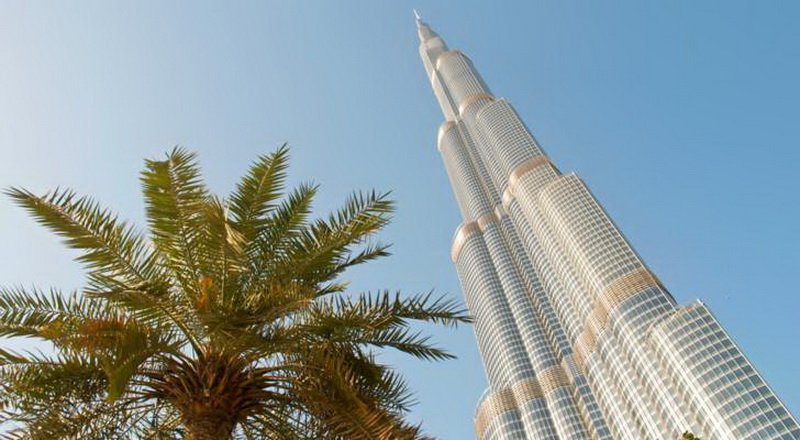 The Shanghai Tower is the second tallest building in the world situated in Lujiazui, Pudong, Shanghai. The construction of this tower began in November 2008 and completed in 2015. It is designed by American architecture firm Gensier, with Chinese architect Jun Xia leading the design team and owned by the Shanghai city government. The building is 632 metres (2,073 ft) high and has 120 stories with a total floor area of 380,000 m2. The cost of building is US$2.4 billion. Its tiered construction, designed for high energy efficiency, provides multiple separate zones for office, retail and leisure use. The building is capable of generating electricity up to 350,000 kWh per year. Its owner received certification from the China Green building Committee and the U.S. Green Building Council for the building sustainable design. The tower is able to accommodate as many as 16,000 people on a daily basis. 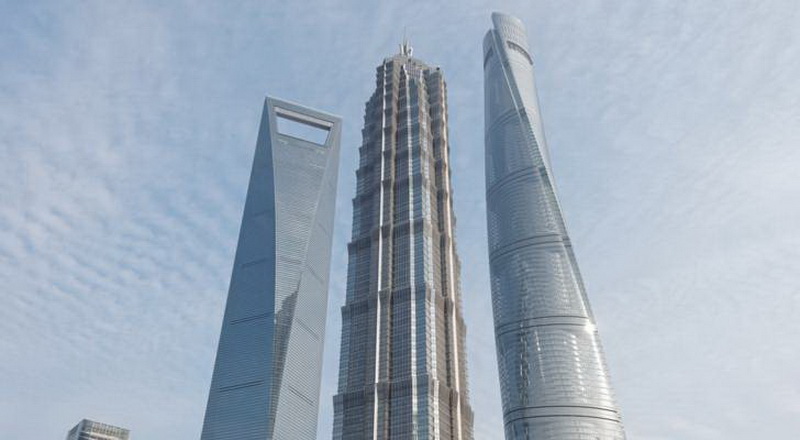 Abraj Al-Bait Clock Tower is the third tallest building in the world with height of 581.1 m (1,906 ft) and has the world’s largest clock face, located in Mecca, Saudi Arabia. It was architect by Dar Al-Handasah. The clock faces are 43 x 43m and has a crescent moon at the top of its spire. The highest residential floor stands at 450m. Its construction was started in year 2004 and completed in 2011. The cost of the building is US$ 15 billion. The tower is part of the King Abdulaziz Endowment Project that strives to modernize the city in catering to its pilgrims. The building is meters away from the world’s largest mosque and Islam’s most sacred site, the Masjid Al-Haram.
It has a large prayer room capable for holding more than 10,000 people. It contains five star hotel, five-story shopping mall and food court. It also has a glass elevator that gives views over the mosque as well as the rest of the city. 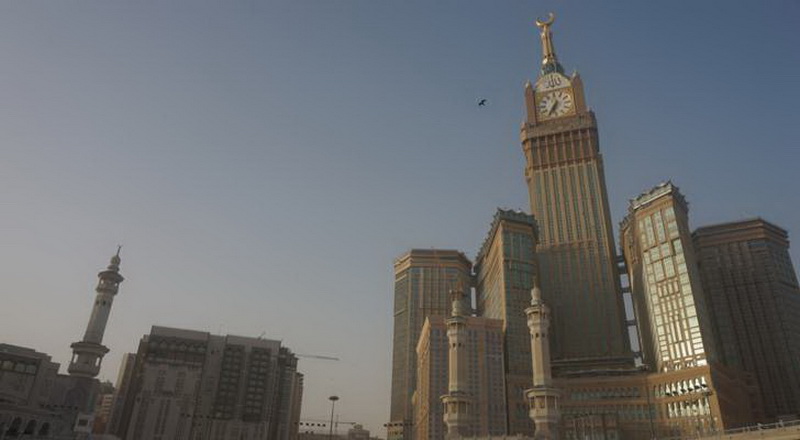 The One World Trade Center is also known as Freedom Tower is the main building of the rebuilt World Trade Center complex in Lower Manhattan, New York City. It is the sixth tallest building in the world with height of 541m (1,776 feet) and covering area of 3,501,274. It was designed by David Childs and Daniel Libeskind. The building construction started in April 27, 2006 and completed in July 2013, cost US$ 3.9 billion.
The new World Trade Center has 104 floors in total with five below ground. Most of the building is taken up as offices, but there is an observation deck that is open to the public and gives visitor’s unrivalled views across Manhattan. There is also restaurant specializing in the cuisine and wines as well as an art gallery. 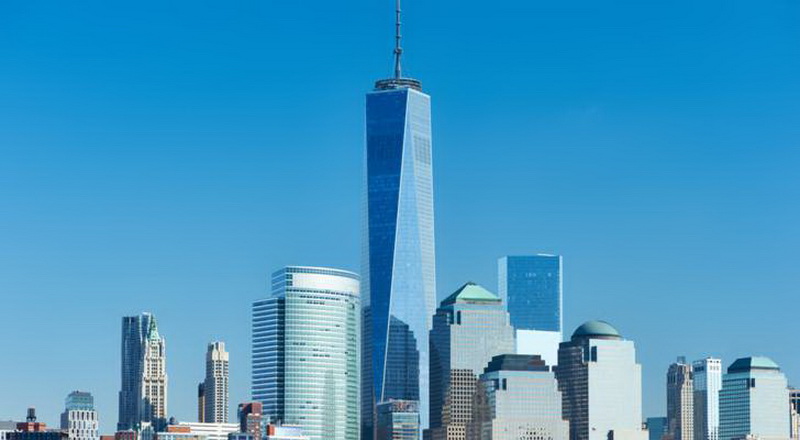 CTF Finance Centre formerly The CTF Guangzhou, Chow Tai Fook Centre in Guangzhou, China. Its construction began in 2010 and completed in 2016 with height of 530 m (1,740 ft) and floor area of 398,000 m2. It was designed by Kohn Pedersen Fox and Leigh & Orange. It has elevators which travel at 45 miles per hour and get from ground level to the top storey in just 43 seconds
The building is used as a conference centre, hotel, observatory, mall and office building. Rosewood Hotels & Resort runs the tower’s hotel component, which consist of 251 guest rooms and 355 residence occupying the top 16 floors and podium of the tower. 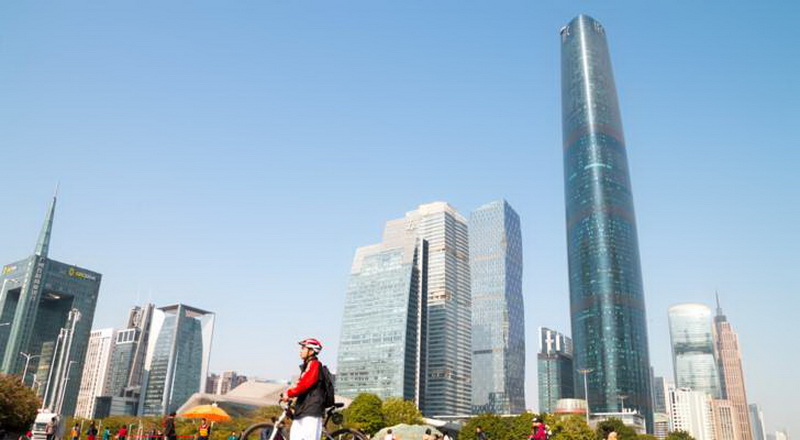 Taipei 101 formerly known as the Taipei world Financial Center located in Taipei, Taiwan. It’s constructed started in year 1999 and completed in 2004 designed by C.Y.Lee & Partners. The building costs US$ 1.934 billion. Between 2004 and 2010, the Taipei was the tallest building in the world with height of 509.2m (1,671 ft) and has won a raft of awards for sustainability and is still the world’s largest and highest-use green building.
Taipei 101 comprises of 101 floors above the ground as well as 5 basement levels. It has 61 Toshiba/KONE elevators, including double deck shuttles and 2 high speed observatory elevators. It contains shopping mall spread over numerous floors, a nightclub and large hotel. 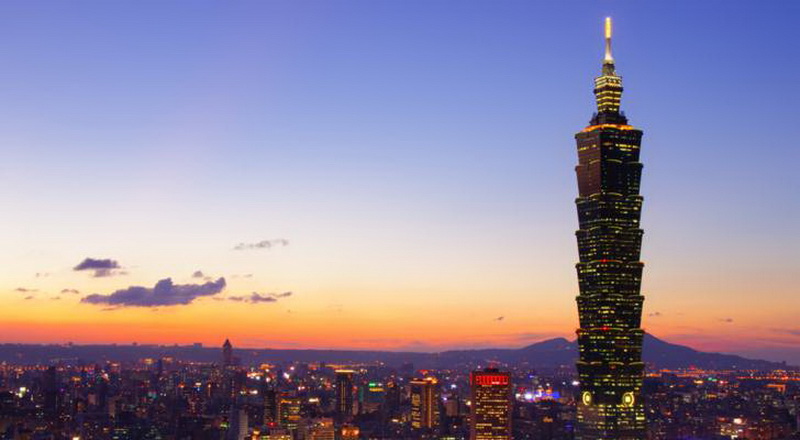 The Shanghai World Financial Center is a super tall skyscrapers located in the Pudong district of Shanghai, China. It was designed by Kohn Pedersen Fox. The building has a height of 492m (1,614.2 ft) and floor area of 381,600 m2. Financial center took 11 years to complete. The construction started on 27 August 1997, but due to the Asian economic crisis, its doors where not opened till August 2008. It is the 8th tallest building in the world. It has the second highest hotel in the world.
The building looks like a bottle opener. The tower features three separate observation decks which constitute the floors above and below the aperture opening. There are 101 floor and 3 below ground. It is a mixed-use skyscraper, consisting of offices, hotels, conference room, observation decks and ground floor shopping mall. 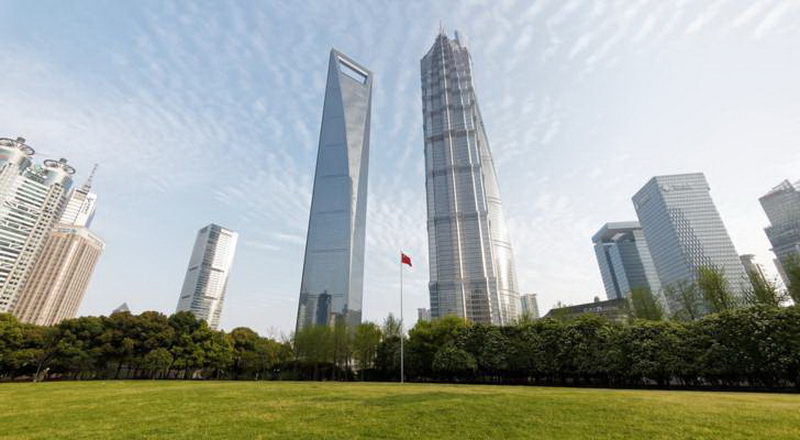 The International Commerce centre is a 108 storey, 484m (1,588 ft) commercial skyscraper located in Hong Kong. It’s constructed started in 2002 and completed in 2010. It was the 4th tallest building in the world when its construction was completed in 2010. Now, it the world’s 10th tallest building. It was architect by Kohn Pedersen Fox Associates (design) Belt Collins & Associates (landscape).
A five star hotel, The Ritz-Carlton, Hong Kong occupies floors 102 to 118. The world’s highest swimming pool and bar can be found on the top 118th floor. In the basement it has shopping mall.
The LED light show set a new Guinness World Record for the “largest light and sound show on a single building” using total of 50,000 sq meters on two facades of the International Commerce Centre. It lasts for 14 spectacular minutes and has five themes. 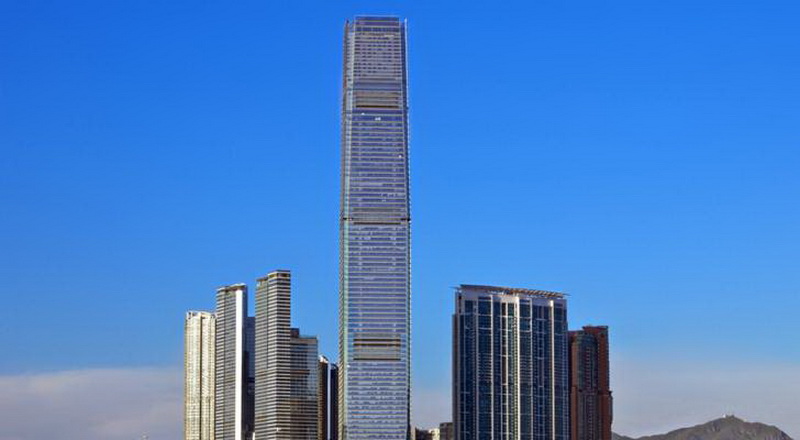 The Petronas Towers are also known as the Petronas Twin Towers, are twin skyscrapers in Kuala Lumpur, Malaysia. They were the tallest building in the world from 1998 to 2004 with height of 452m (1,483 ft). The building has 88 floors above the ground and 5 below the ground, covering floor area of 395,000 m2. Building has 40 elevators/ lifts in each tower. Its construction started in March 1993 and completed in March 1996. It costs US$ 1.6 billion.
The towers were designed by Argentine architect Cesar Pelli. The buildings are designed to resemble motifs found in Islamic art, a reflection of Malaysia’s Muslim religion. Over each tower pinnacle is standing 73.5 m tall.
The tower features a double decker sky bridge connecting the two towers on the 41st and the 42nd floor. The tower has featured in number of movies, including Entrapment and Smash Don: The Chase Begins Again. 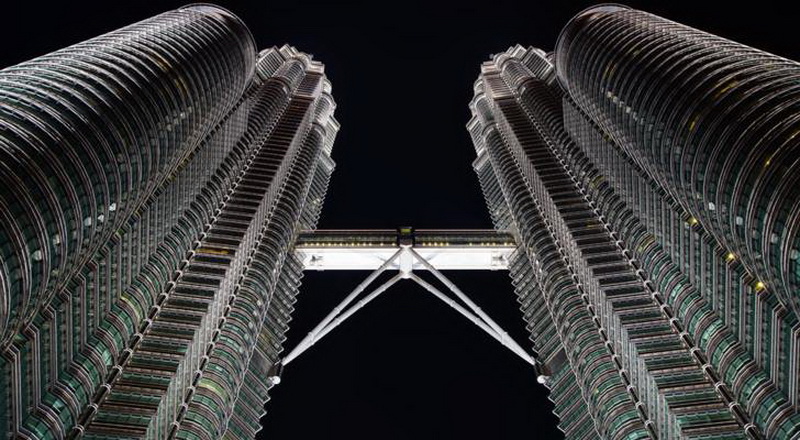 Zifeng Tower or Greenland Square Zifeng Tower is a 450m (1,480 ft) super tall skyscraper in Nanjing, Jiangsu province, China. It is the 13th tallest building in the world. It occupies an area of 18,721 sq metres and cost US$ 5 billion. It was architect by Adrian Smith. The 89 storey building was completed in 2010. The Zifeng Tower is triangular and has 54 elevators.
It comprises retail and office space in lower section. There is a small garden and an outdoor swimming pool on the towers podium. The floor near the top features a hotel, numerous restaurants and a public observatory. Its facade is unique in that it is made of panels which protrude outwards and reflect the city’s skyline inward. 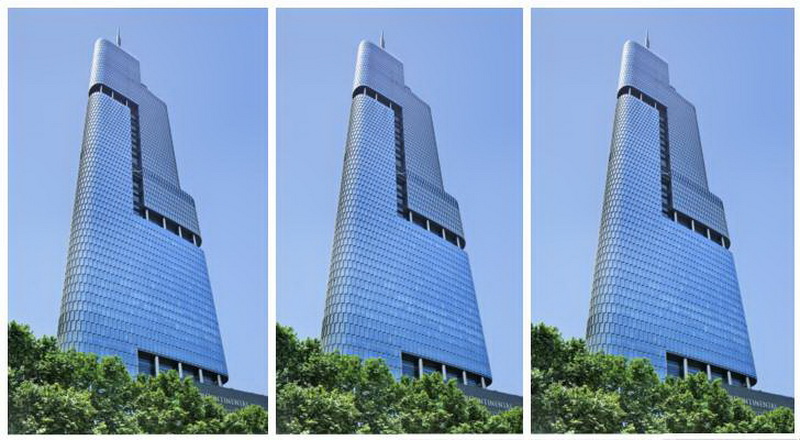