We are enjoying our comfortable lifestyles, luxuries that we obtained from our planet Earth. Human’s greedy nature is eating up everything that is present on earth to maintain the ecological balance, but we only want the result and do not care of the consequences. The earth is draining off its beauty, its crying every second. The modernization consequences will not only consume the earth but also every living being. To learn more about sustainability, visit the Hello Tera website.

Awareness is must at this stage when something can be done to slow down the evil things that are shown below:

Overfishing occurs when more fish are caught than the population can replace through natural production. More than 85% of the world’s fisheries have been pushed beyond their biological limits to meet the demand of people but careless overfishing has serious consequences. Due to this several important commercial fish population have declined to the point where their survival as a species is threatened.
Thus we may run out of fishes before 2050 due to unsustainable fishing practices which is a serious threat. 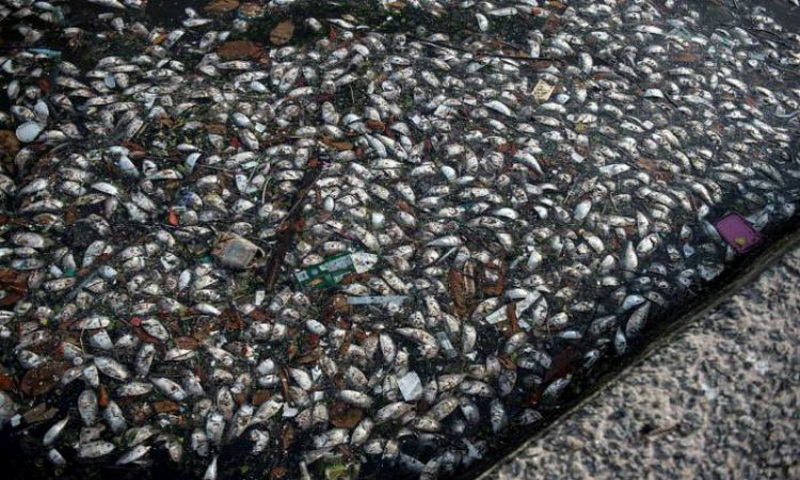 Human needs are constantly increasing. Homes are shifting in forests are getting cleared up. The deforestation in Amazon accelerated significantly between 1991 and 2004, reaching an annual forest loss rate of 27,423km2. Local, national, International levels are different factors for deforestation.
It is assumed that in two decades Amazon forest would be reduced by 40%. It will be a major cause for imbalance of nature. 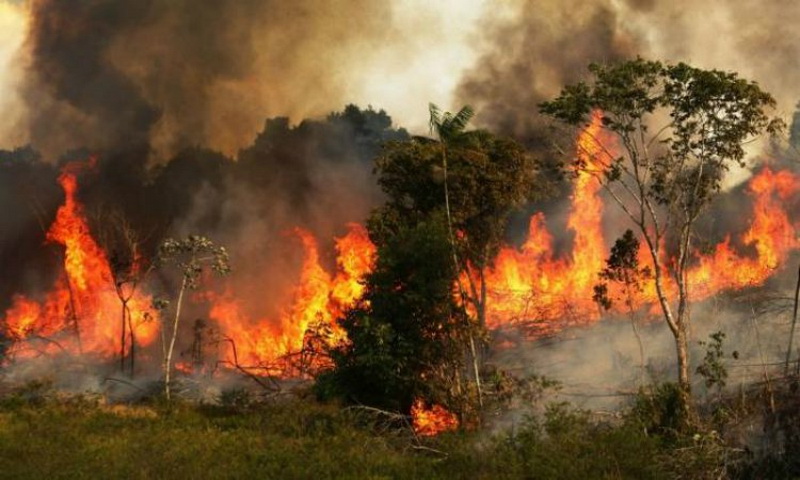 3. A former diamond mine in East Siberia

Greed for diamonds let the digging of the Mir mine also called the Mirny mine is a former open pit diamond mine, now inactive. The mine is 525m deep and has diameter of 1,200m and is one of the second largest excavated holes in the world.
The airspace over this mine is closed for flying because there have been reported incidents of helicopters sucked in by the airflow. This occurs because of the size of mine often causes the nearby atmosphere to have drastically different temperature and current flow. 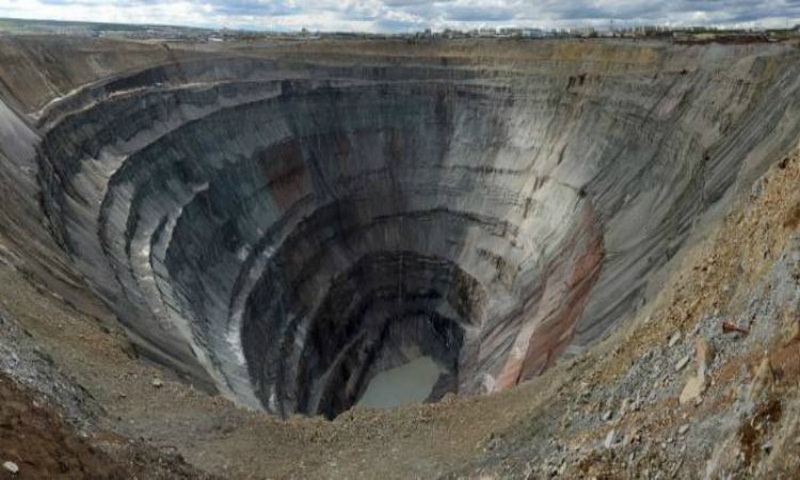 4. A dump along the Spanish country side

Millions of used tyres stored in a field in Sesena, near Madrid. This was an area of great view but now a black mark. The collection was started to recycle them but over the years the tyres started to pile up. It stretches over 10 hectares.
Environmentalists warn that disease- bearing mosquitoes may breed in the stagnant puddles and if it catches fire than it will be uncontrollable. 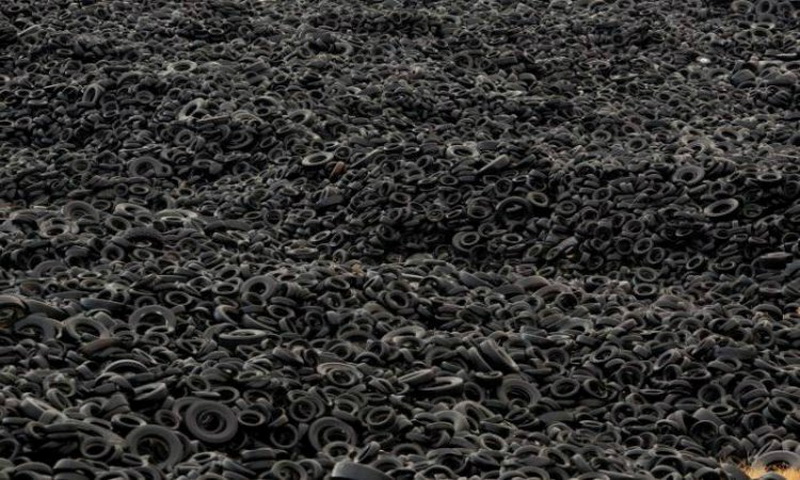 5. Bombings in Hiroshima and Nagasaki

The Uranium bomb detonated Over Hiroshima had an explosive yield equal to 15,000 tonnes of TNT. It razed and burnt around 70% of all building and caused an estimated 140,000 death by end of year 1945. A slightly larger plutonium bomb exploded over Nagasaki and killed 74,000 people. Ground temperature reached 4,000oC and radioactive rain poured down.
The radiation exposure continued to increase throughout the life span of survivors. Children exposed to radiation in their mother wombs were more likely to have intellectual disabilities and impaired growth, as well as increased risk of developing cancer. They are still suffering. 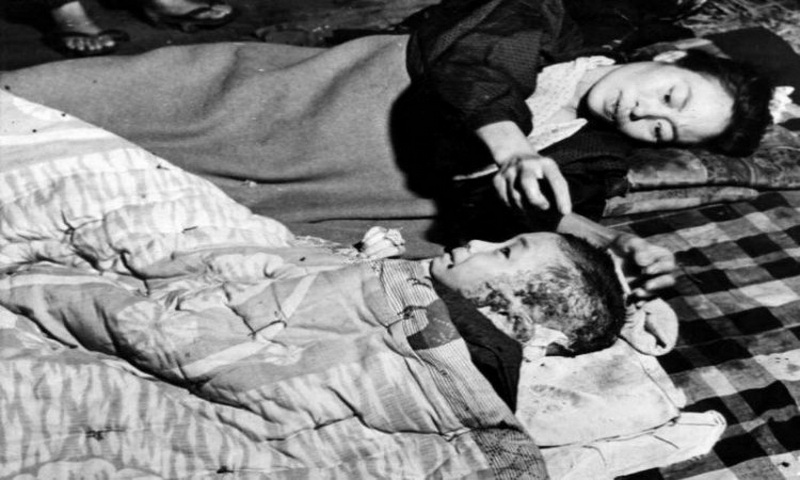 Traffic jams are not the only issue, on the world’s highest mountain garbage dumb are posing problem. Hundreds of mountaineers climb up and tons of garbage is left behind including broken tent frames, oxygen cylinders, food wrappers etc. Human waste piling up over decades gave off an unpleasant odour.
The trash on Mt. Everest is changing the climate, it is transforming the mountain, bringing great risk as glaciers melt and the mountain surface becomes more unstable. 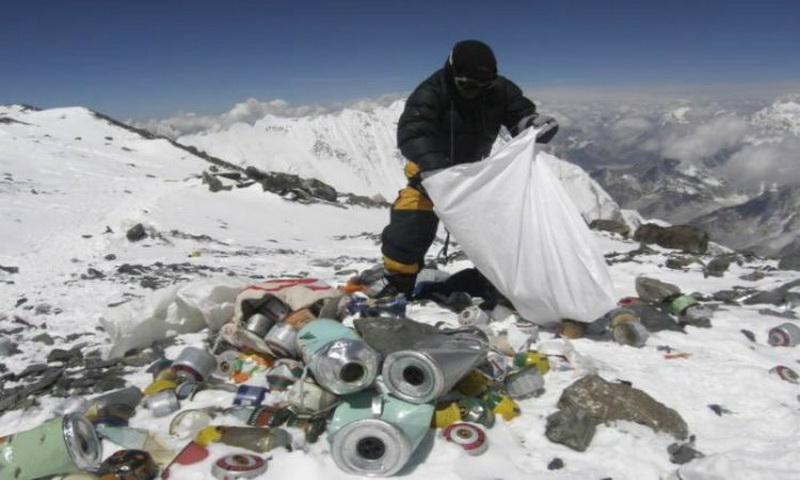 7. A bird covered in the oil spill

When there is an oil spill mostly animals get affected. When oil stick to the birds feather, it causes them to mat and separate, impairing waterproofing and exposing the animals sensitive skin to extremes in the climate. This can result in hypothermia, means bird becomes cold or hyperthermia, which results in overheating. The birds even face several organ failures.
One drop of oil can kill a bird. Recently in many areas oil spill was noticed and brought threat to life of birds. 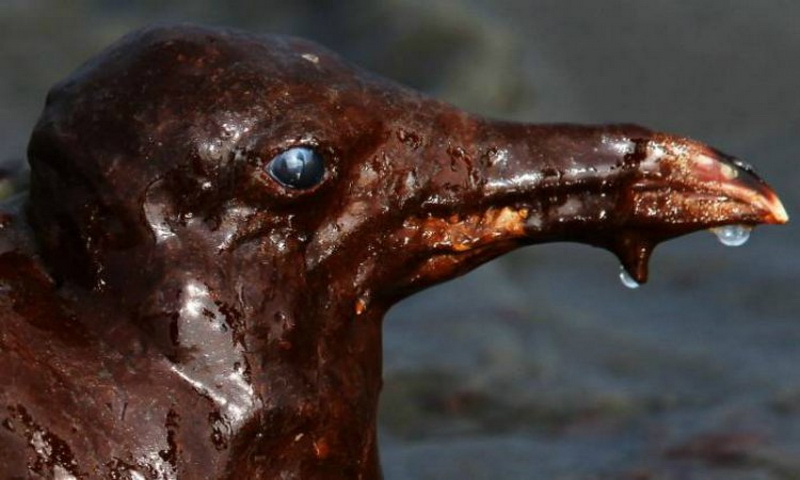 Lindane an insecticide used for vegetable cultivation is drained in river Yamuna in addition to this Sulphur and by-products of industries are moving into Yamuna which has turned it into black, foamy and too dangerous to even step foot in.
The white, pure, ice cold water of Yamuna River has been forced to turn into one of the most stinking, poisonous drains in the world. The poor Yamuna has been brutally murdered with no sign of conscience. 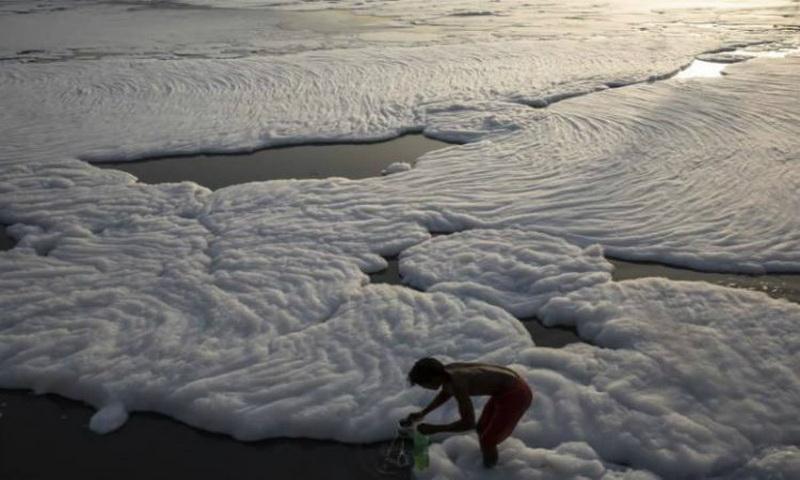 Masks are available that can purify air in China. The Changsha city is much polluted with particles smaller than 10 microns. These are cause of various air emissions which polluted it. The visibility is seen to be decreased because of fog. The air has turned hazardous or worse.
The pollution is increasingly constantly and an annual growth of 8% is achieved which is making China ill. 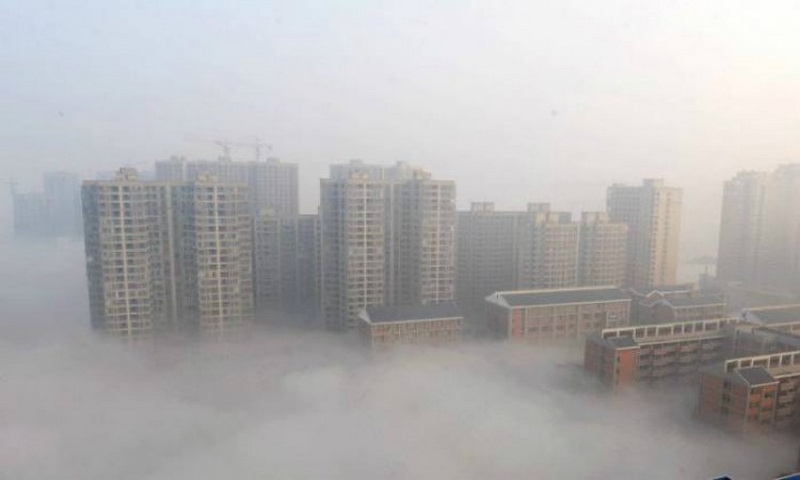 10. A aerial view of congested and polluted New Delhi

As Delhi is densely populated, it has more people, more motor vehicles, industries etc. which is increasing pollution; it is getting inspired by China. Even light fog can also be seen here which is killing people and New Delhi coughing. The road length of Delhi has increased at a rate of 4.53% but is not in pace with the growing population. Delhi is getting worse due to overcrowding. It looks like ant all over from aerial view. 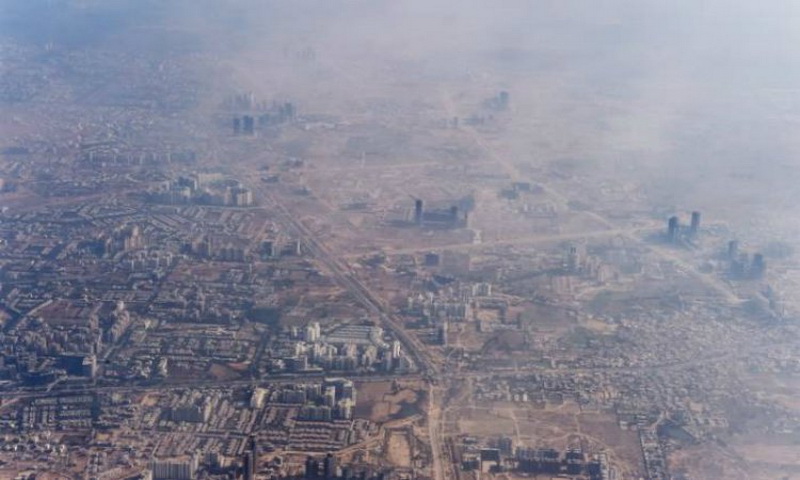 A large amount of organic matter entered the lagoon that caused two recent large storms consumed oxygen and brought it down to critically low levels such that thousands of fish died and floated on the surface. This was major concern during Rio Olympics.
The lagoon is connected to the Atlantic Ocean via canal, and feeding of seawater is helping to improve oxygen level. 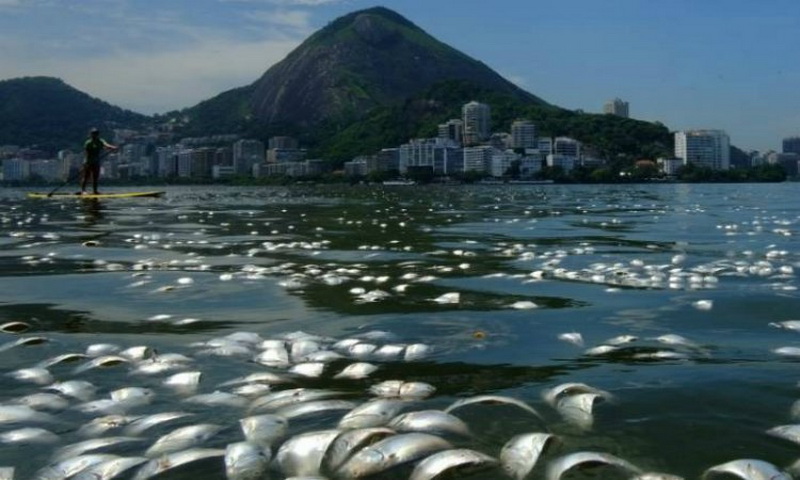