Except for those who are extremely inquisitive, others do not notice some features on things of daily use which actually have practical purposes. These include small holes, bumps, indentations etc. These hold important purposes, but we are not aware of them. So, it’s time we become a bit inquisitive and get to know what purposes these features hold. So, here we enlist 16 features on common items of everyday use you never knew had a purpose: 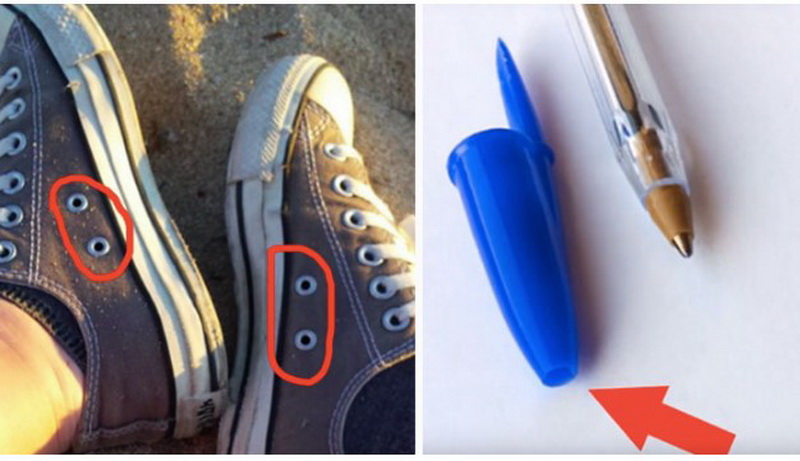 1. Unless you are one of those who always has a cap of the pen in their mouths, considering it their birthright to suck it, you have probably seen a whole above the pen’s cap. It is a common misconception that it is there to prevent the ink from drying. It has actually been made to prevent the children or nervous adults, who choke it, from suffocating. 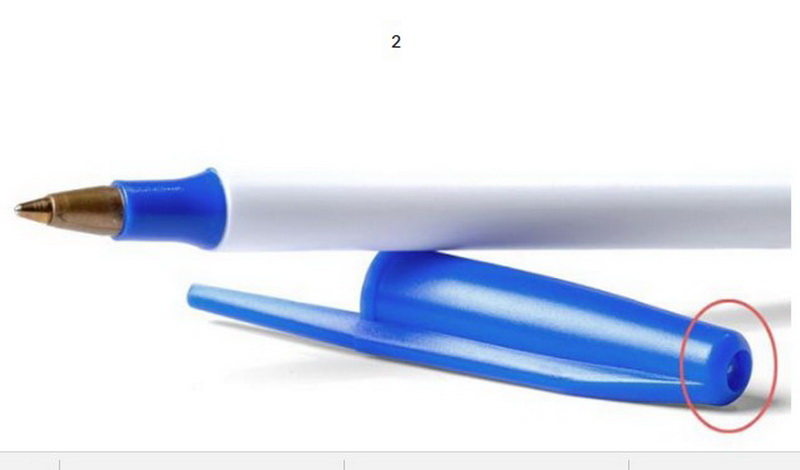 2. Did you ever wonder why all the cooking pots have wide holes at the end of their Handles’, not only are they useful for hanging the pot in the kitchen while not in use, it can also be used to hang the cooking spoon while cooking some delicacy. 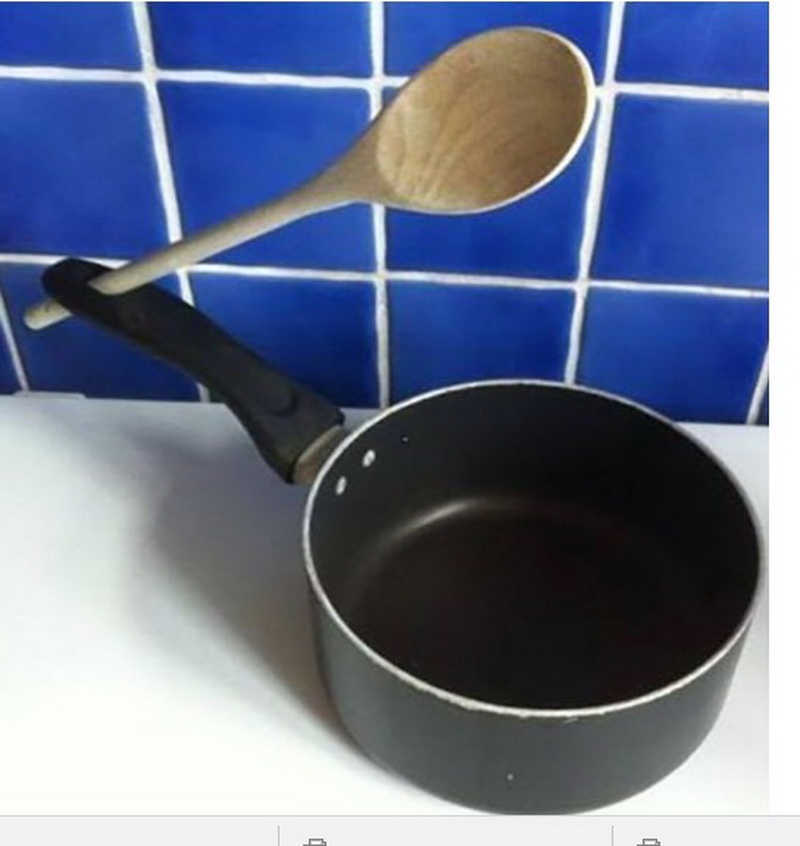 3. Do you know why the cap of every plastic bottle has those little kids? It is actually to keep everything inside the bottle. Since it keeps the bottle airtight, it helps to retain the carbonation of the soda, which thus prevents it from getting flat and retains the taste. 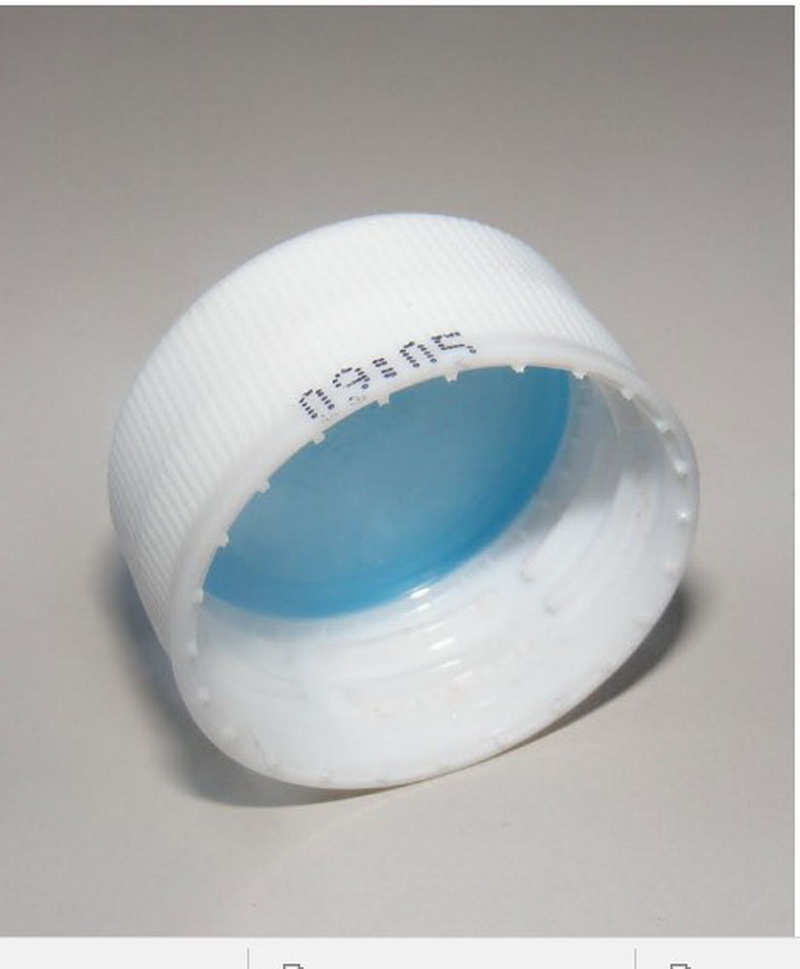 4. Did you ever notice the tubes of medicines, creams or the tetra packs having little pricks on their caps? Do you know what these are for? Actually, these are to cut open the foil on the pack. When you turn the cap, the bottle gets unscrewed. Useful, isn’t it? 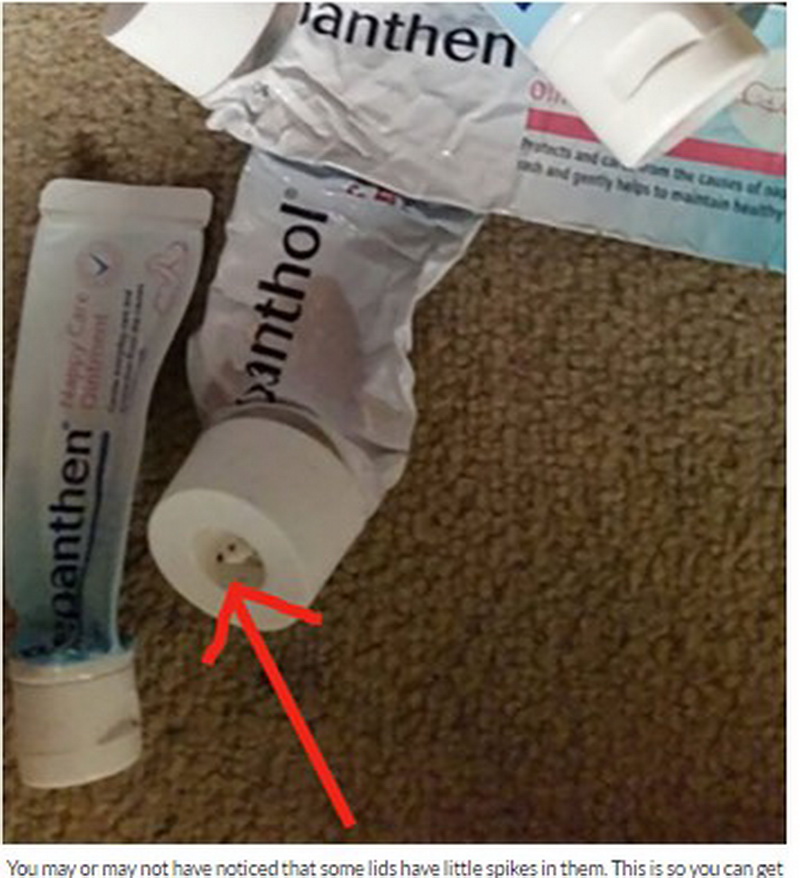 5. Did you ever wonder why the F and J keys on the keyboard, and not other keys, have little bumps on them? Well, this is actually to assist the typist using the 10 finger typing technique to the home screen, without taking the fingers off the keyboard and eyes away from the screen.This saves the typist’s time, his flow, and is thus a very useful feature. 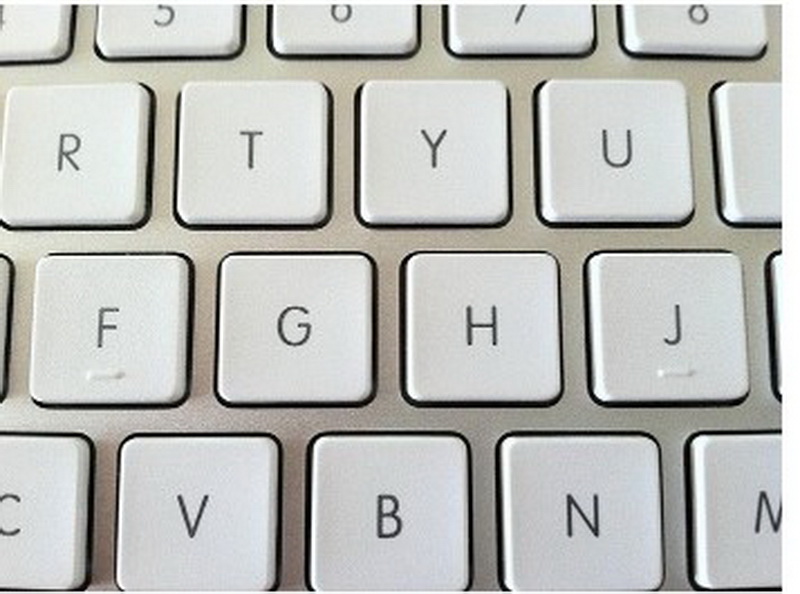 6. Curious why the Apple power charger has those little wings on it? Ever wondered what it’s purpose is? It actual flips which help in wrapping the thinner wire around the flap and prevents it from unraveling. Well thought, Apple. 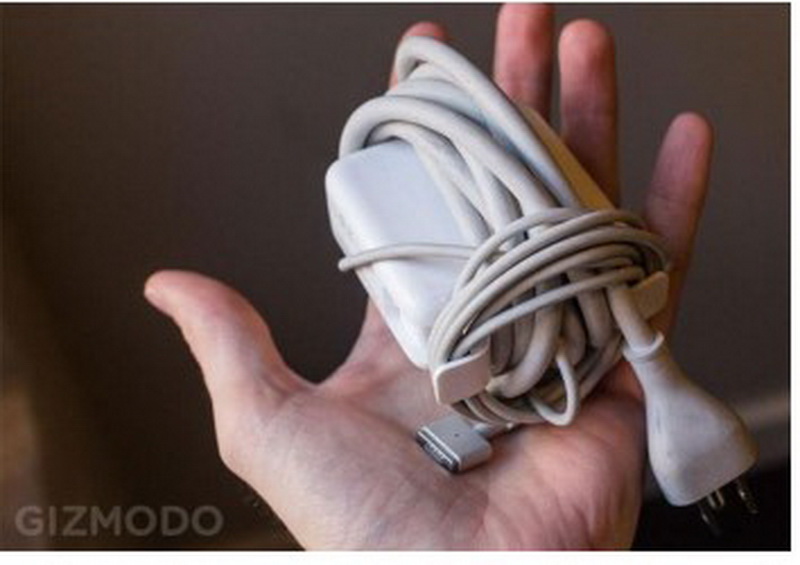 7. For those who do not like to eat loads of tic-tacs, as if they were chips, the lid has been made. It act as a dispenser, releasing one tic-tac at a time. You should not have many tic-tacs at once.

8. The hole padlocks have at the bottom play a very integral role. It drains the water which may get trapped inside the padlock during outdoor use. It is thus very important. It can also be used to oil the lock and ensure its longevity and better performance. Bet you didn’t know this one.

9. Do you know the use of the tiny arrow beside the gas gauge on your car’s dashboard? It is actually there to indicate on which side of the car is the gas cap on. 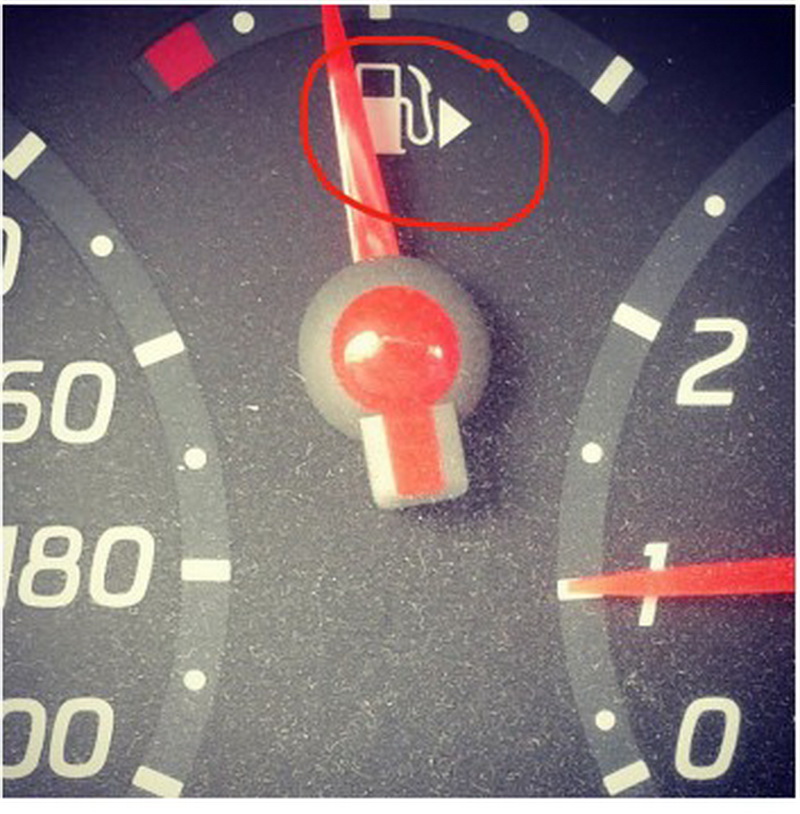 10. What do you think the hole on the spaghetti pasta spoons is there for? You would most probably say that it is to strain the noodles. You are correct in saying this, but there is also another use for this. It indicates the portion size of every person eating it. Clever, isn’t it? 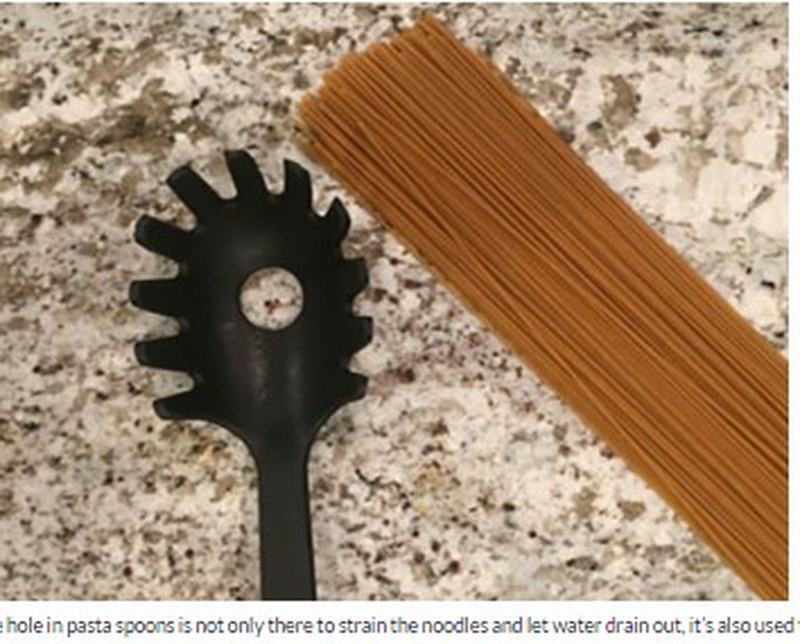 11. While most of you know this, for some of you who don’t, the serrated edge on the measurement tapes is there to mark your measurement. Seems obvious, isn’t it? 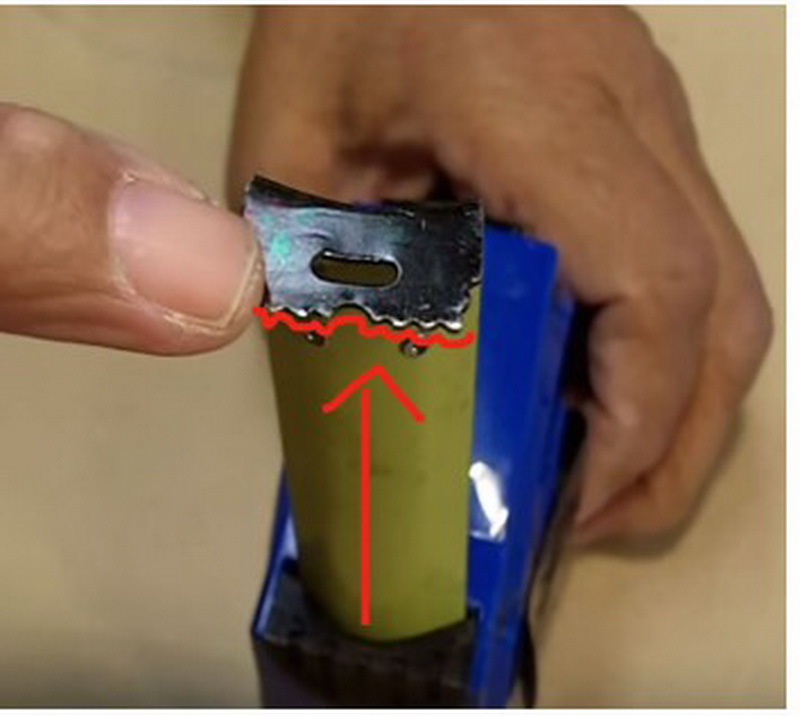 12. If you have some extra fabric from a new dress, this will prevent you from completely ruining it. The makers include an extra piece of fabric with the dress on which you can test various detergents and use one which suits your dress and does not ruin it. Thus, the piece of fabric you used to throw away, actually has a very important practical purpose. 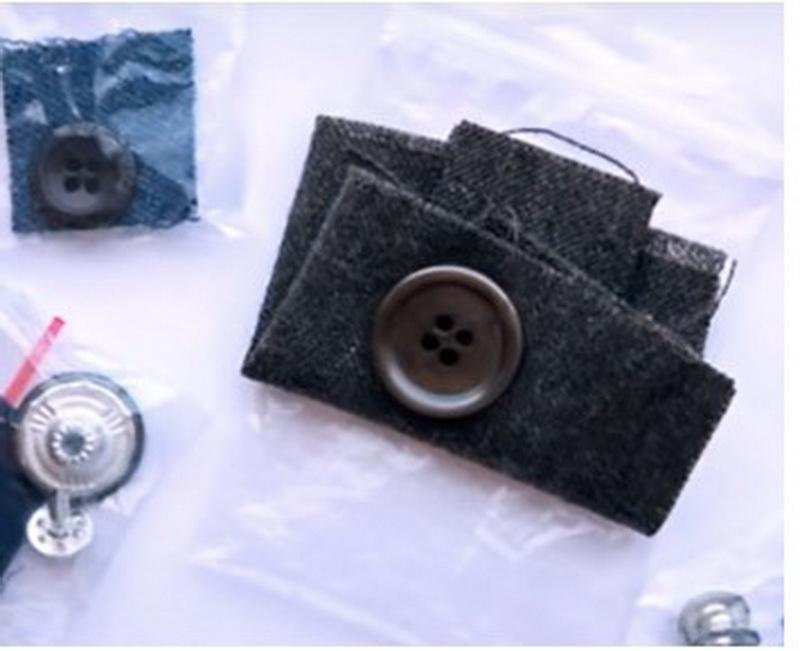 13. What purpose do you think the hole on the tab which opens a soda can is? Well, it actually holds a straw. Yes, the tab, other than opening the soda can, also holds the straw in place so that it does not swing around. Kudos to the person who designed it. 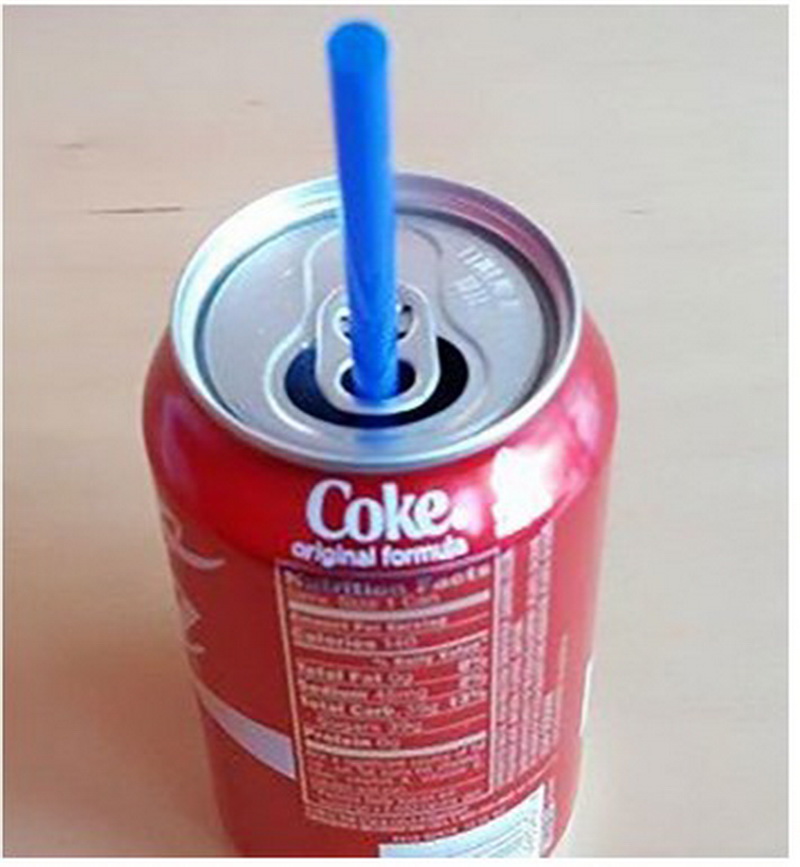 14. Did you ever observe a tiny hole on the windows of an airplane? What do you think is its purpose? Well, it is actually there to allow air into the plane and regulate the plane’s pressure. Useful. 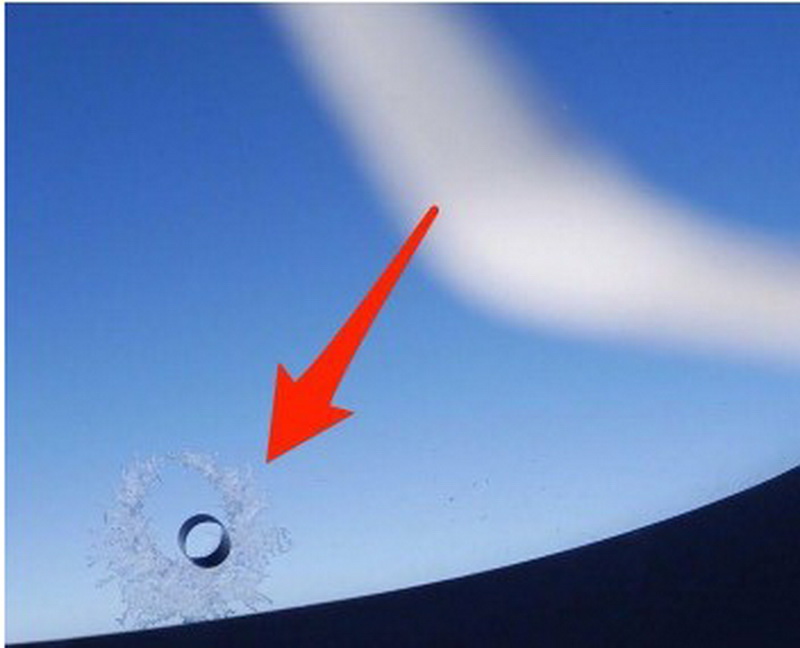 15. Why do you think there is a punt under every wine bottle? It is actually marked historical importance, as in the bygone era, the wine bottles were used to free blow with the use of a pontil and a blowpipe. 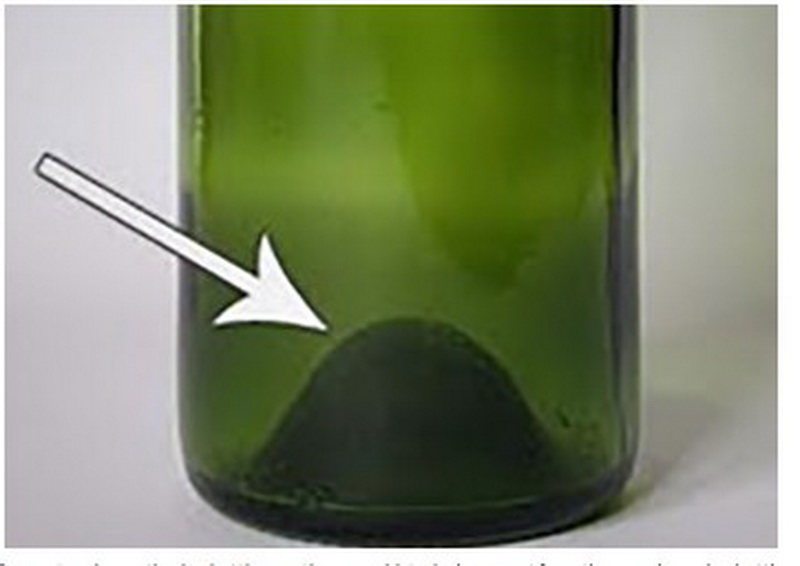 16. Contrary to popular belief, the holes on the side of converse shoes are not just for decoration but serve a useful purpose of providing the much-needed ventilation to the foot. Some people also say that since the shoes were earlier worn while playing basketball, laces passed through the hole to provide a snugger fit. 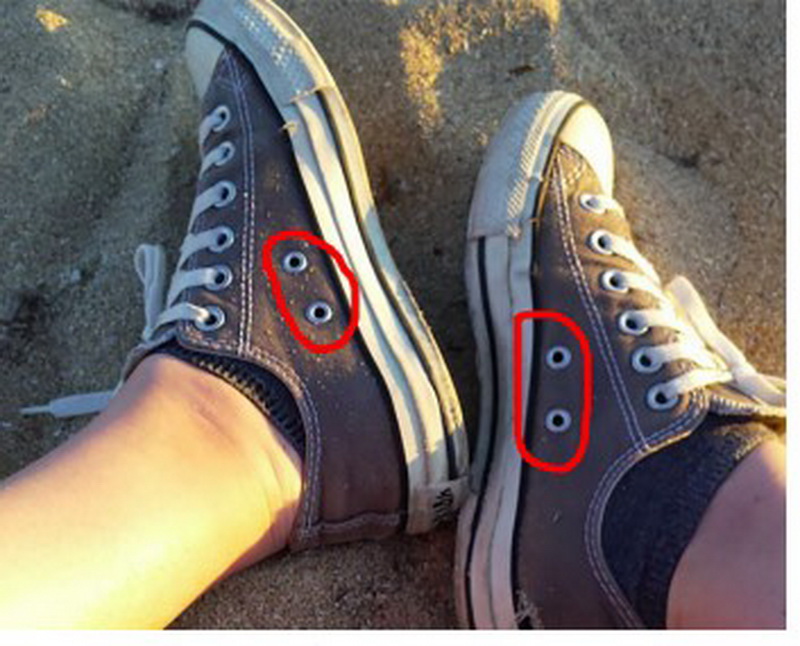