From our childhood it’s taught cheating is bad and even got punished for cheating in exams in schools. Cheating word is generally used for the breaking of rules to gain unfair advantage in a situation. Cheating can refer specifically to marital infidelity. For too many people infidelity is unforgivable. It’s a bad day for one who caught their partner cheating on them. Thus, trust gets broken. Trust is a crucial part to any relationship which cannot be gained back again.

Some people who have been unfaithful may be able to salvage the relationship if both parties are willing but they have to make sure to take time to heal. Forgiving is not difficult as well as easy. The hurt party must be able to forgive to restart the relationship goal and the cheating must be able to consistently prove their trustworthiness such slowly everything gets better. On the other hand there are some people who are only sorry by words that they are caught and only give different excuses. If this is the case then that person must be thrown out of life by the hurt person and moving ahead without turning back.

Down below are some 20 different scenarios of people cheating on each other.

1. Exchange of dollars for hiding video

Father caught cheating by his son on the security camera and wanted to get deleted all the videos offering thousand dollars and a new car. 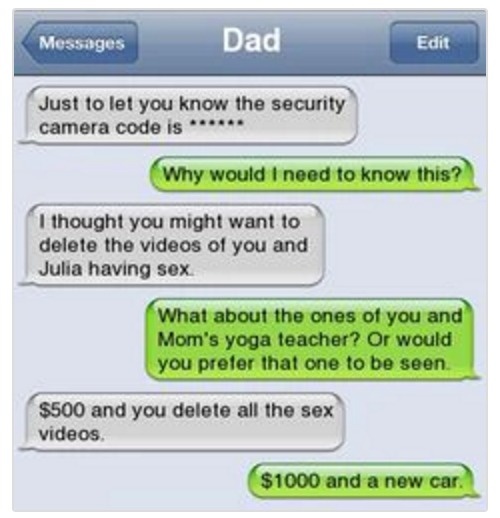 2. Bribes all to its way

Father just heard a new plan and wanted to text to his girlfriend back but unfortunately message was sent to his kid. Heavy bribe is offered. 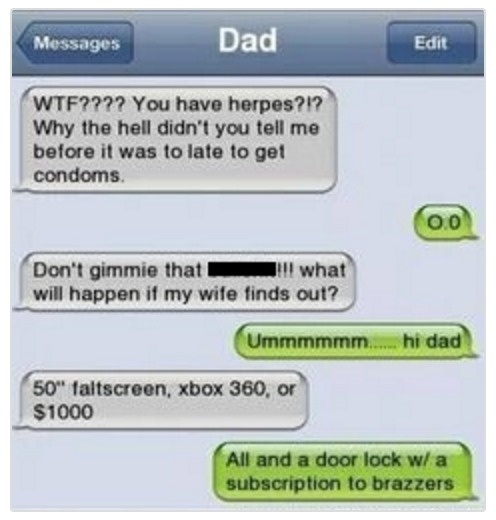 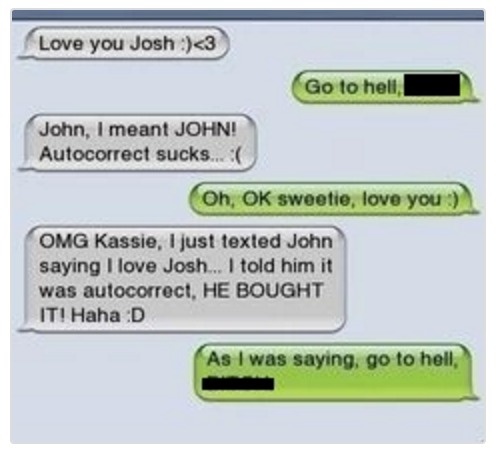 A lie, going to sleep that was caught red handed in the club 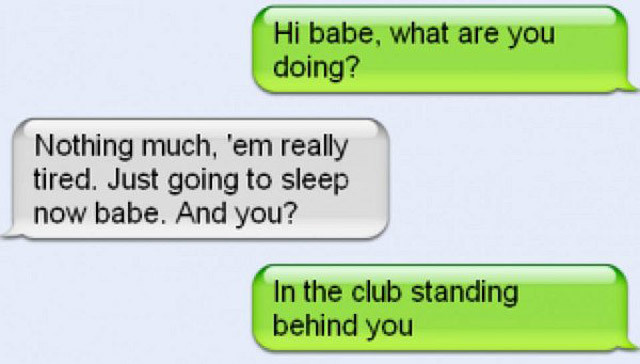 A reply sends by someone other unknowingly to her boyfriend revealing whole story. 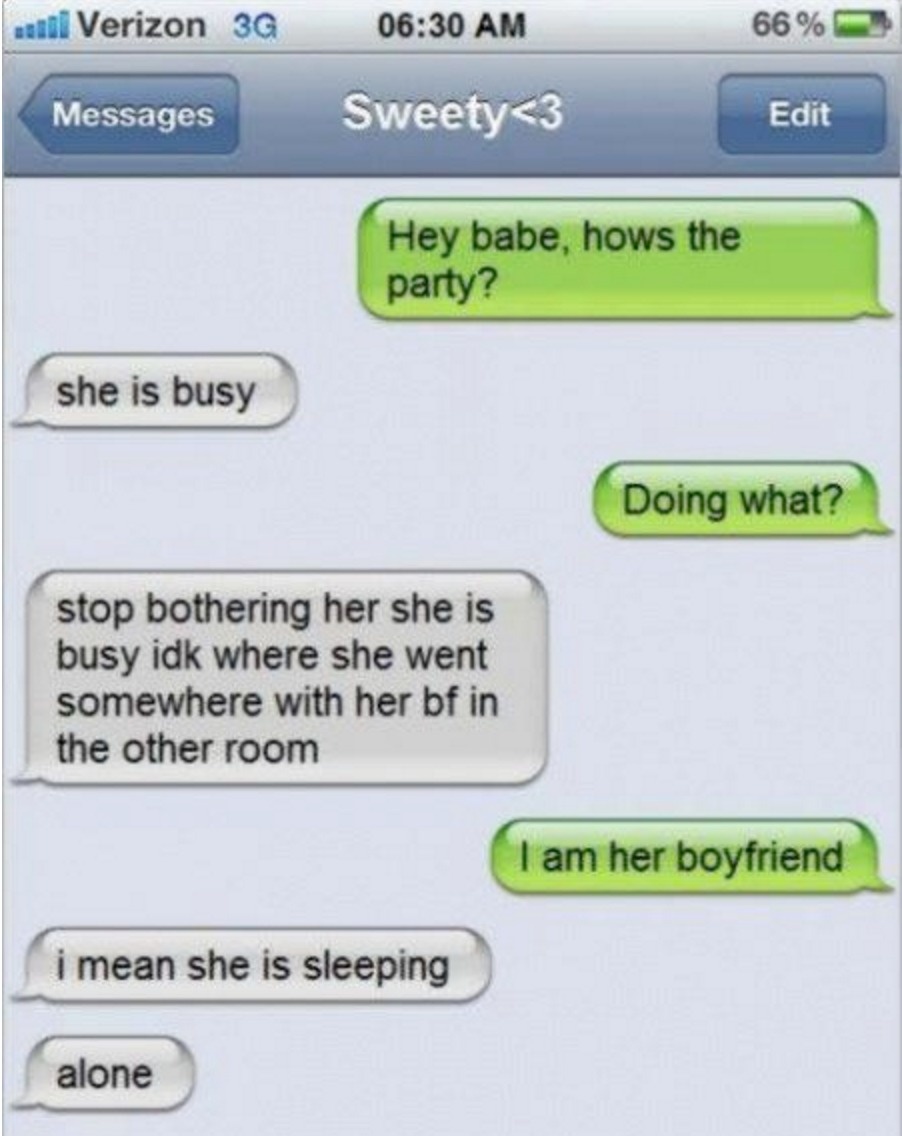 He wanted to get over his relationship with one of his girlfriend but ended it with the one to whom he didn’t want to end up. 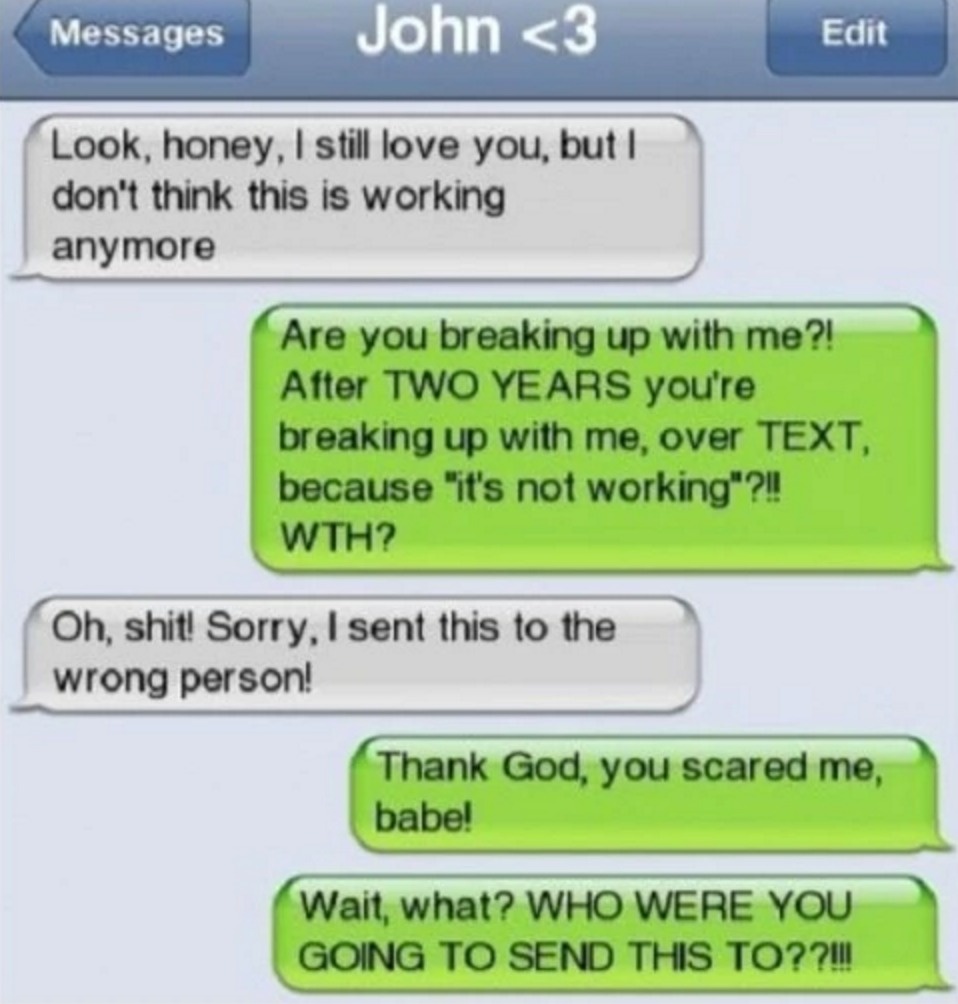 Here was a good excuse given not to go out with her by involving family stuff but a by mistake text opens everything. 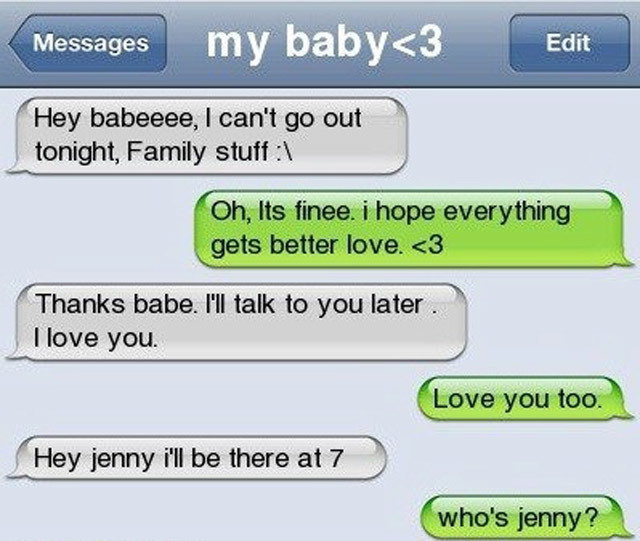 A lawyer was called for posting a photo, exposing the men’s boot in hotel room that she was not all alone. 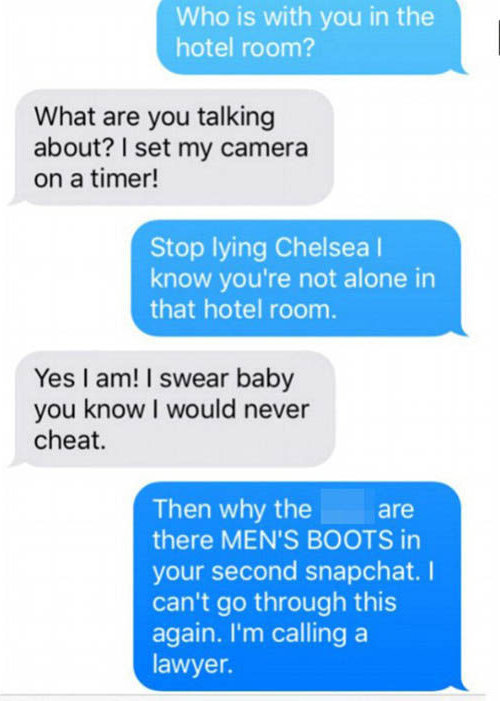 The wife texts her husband mistakenly, exposing herself that she was pregnant by her husband brother. 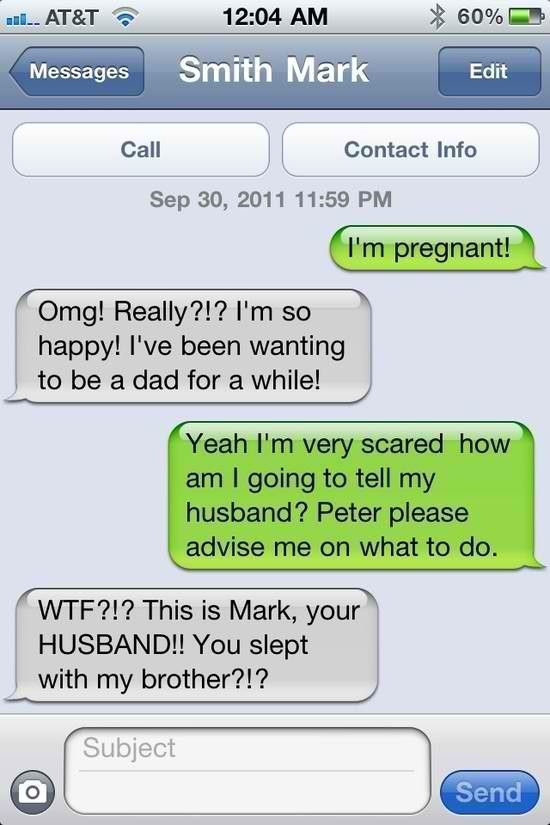 Working late in night, a good excuse but not when you are again with the same person in bar with your partner right there. 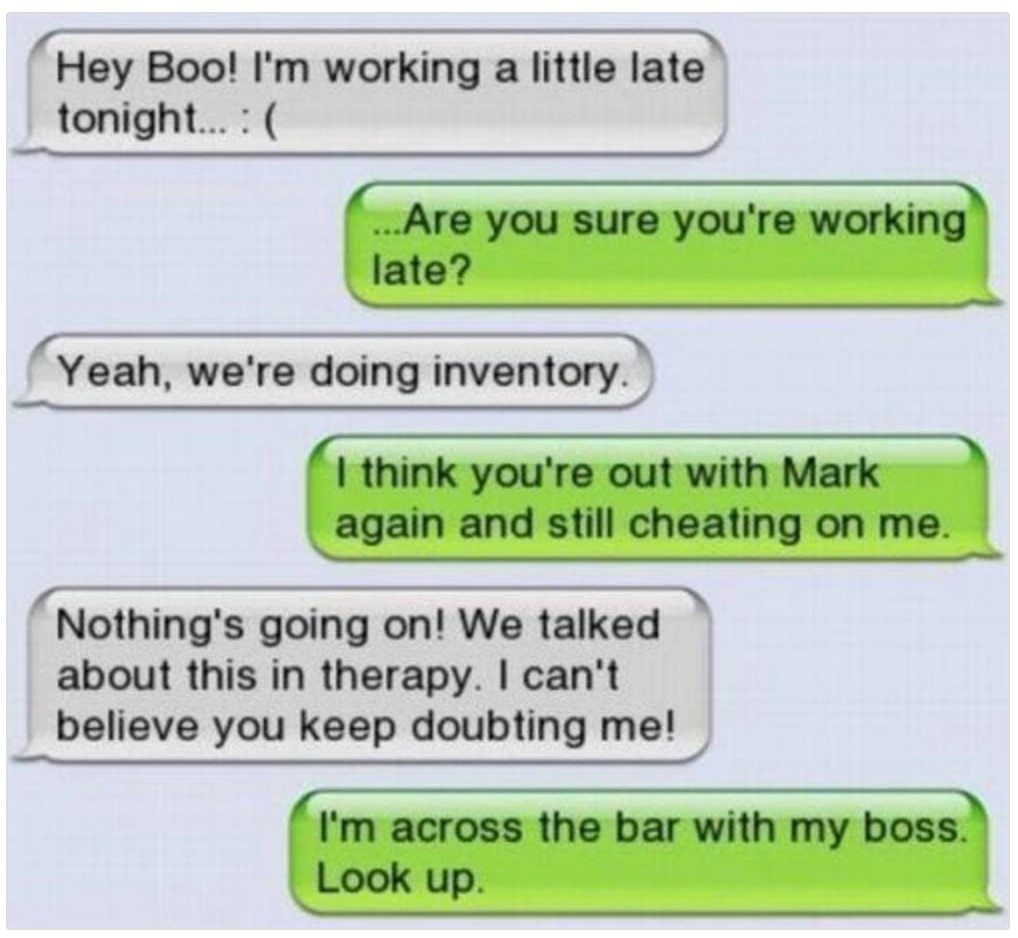 Again a dad caught calling another woman by her kid. The pricing start here now. 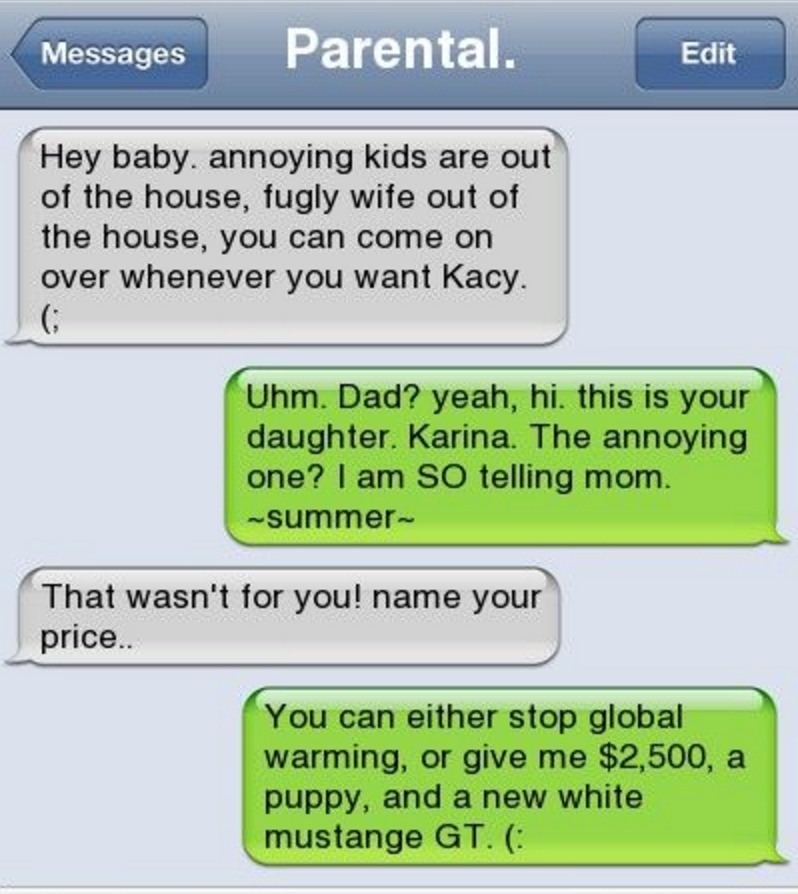 The man was very excited to text his side chick but accidently texted his wife instead. 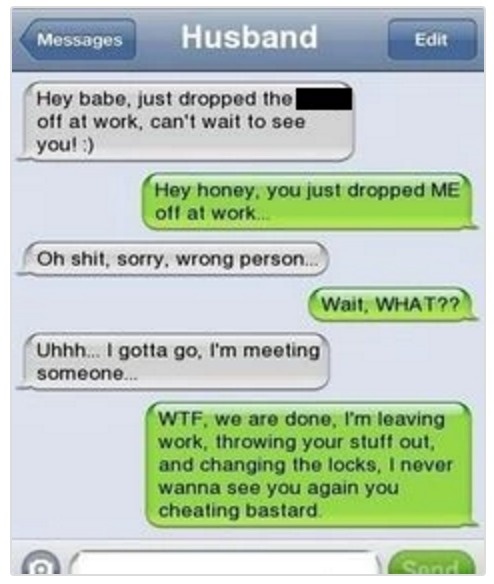 Sick boyfriend caught by his girlfriend in club the very next when conversation took place. 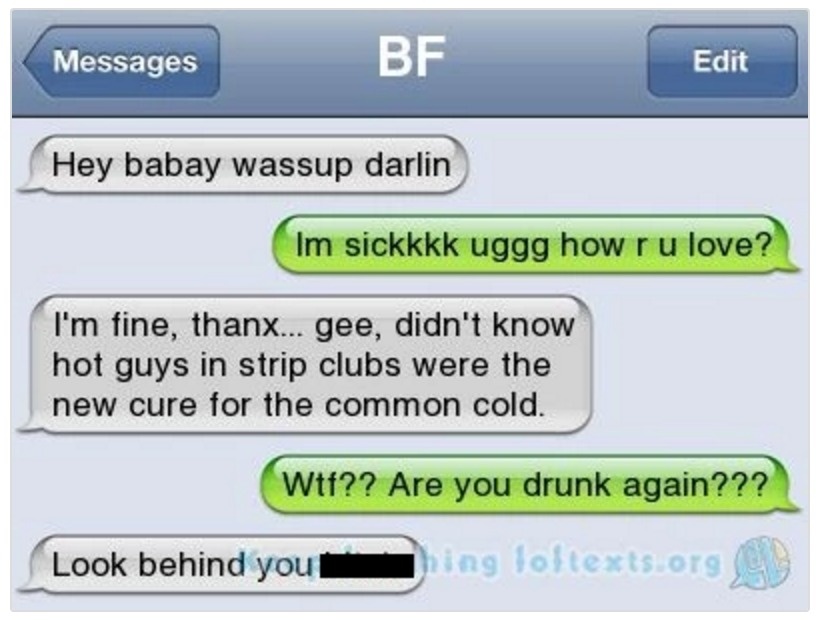 Friends are always there for each other and that very friend caught friend’s boyfriend cheating. 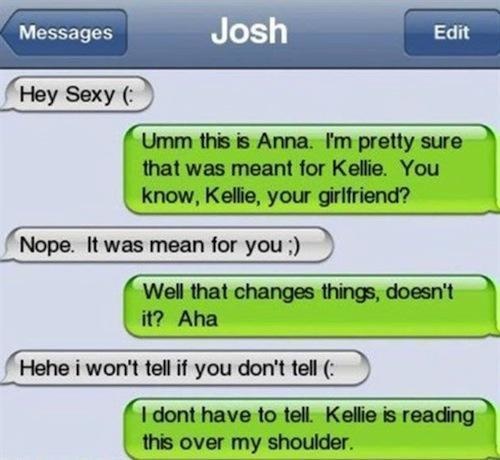 The kid was offered 1000$, i phone 5 and a new laptop as a bribe from mother when she caught cheating by the kid. 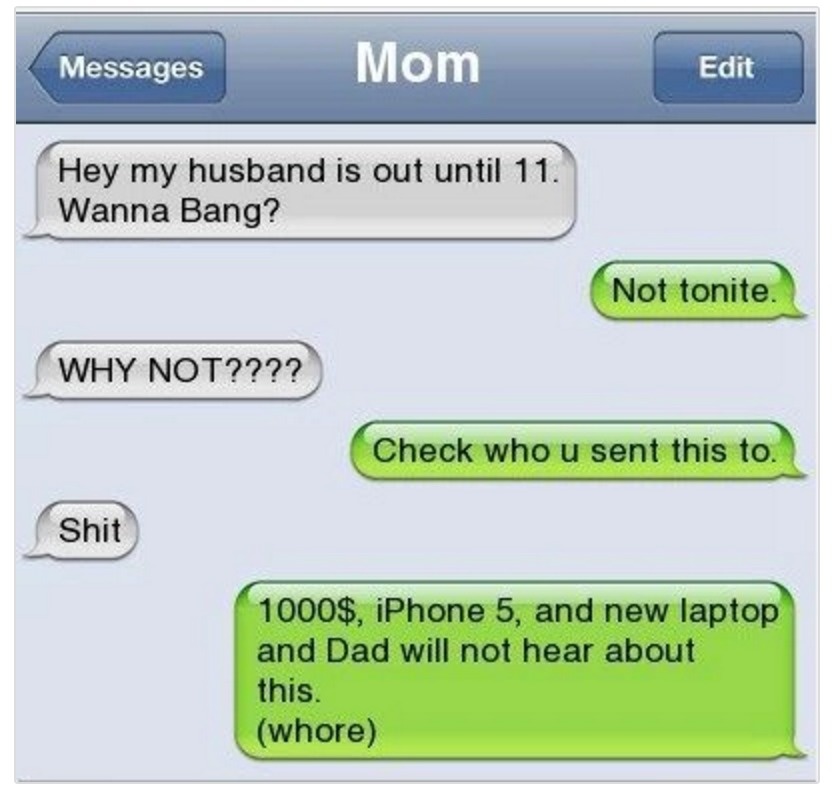 16. Best way to get breakup

Husband texted his wife accidently for breakup and wife say for divorce. 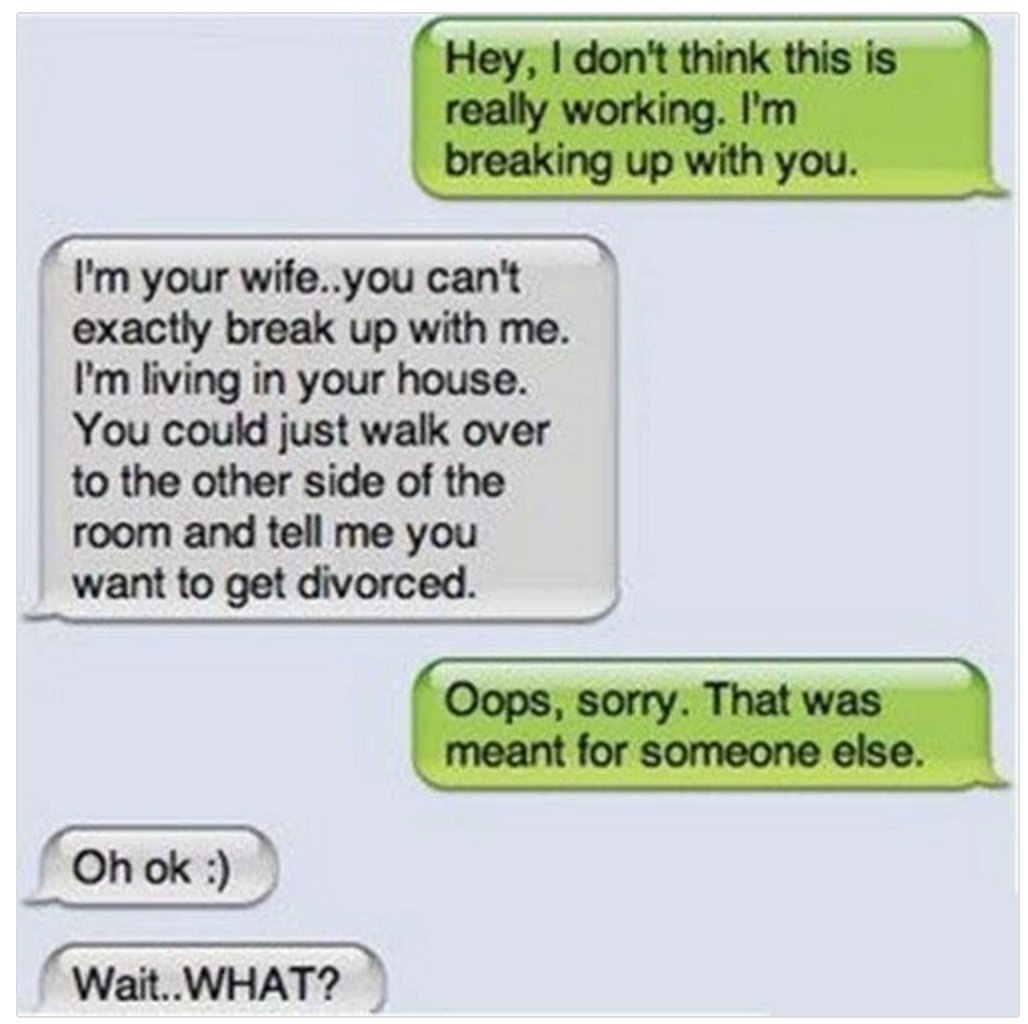 Boyfriend’s bad English revealed everything of his girlfriend. 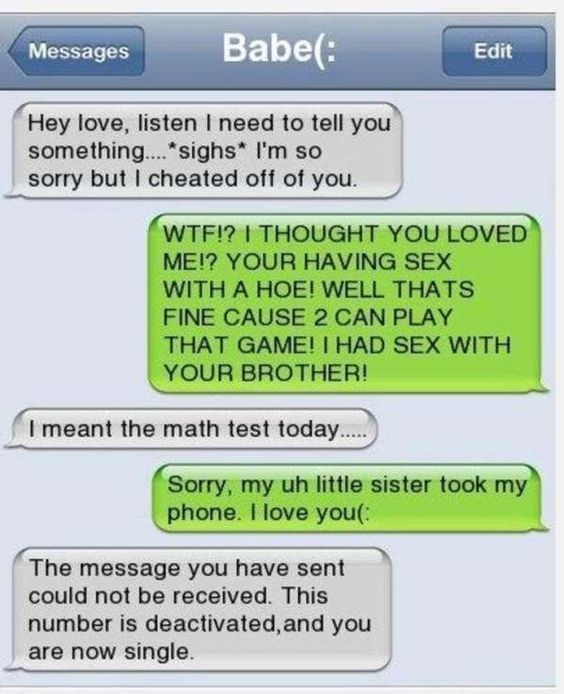 Preparing for a date with one and breakup with another next week but breakup took off the very time. 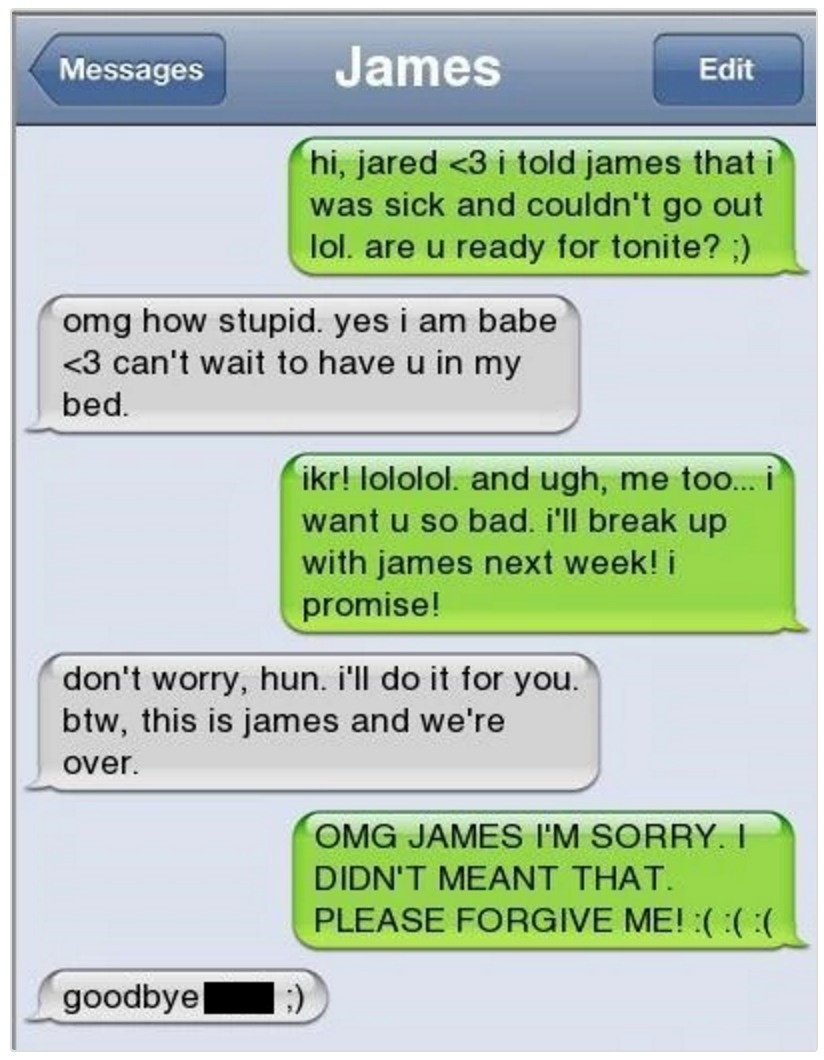 He was very guilty of something, but it does not long and the truth comes out when he was put on test.

This dad offered $10 to his daughter when he was caught by her, cheating wife and kids but this amount was very less. 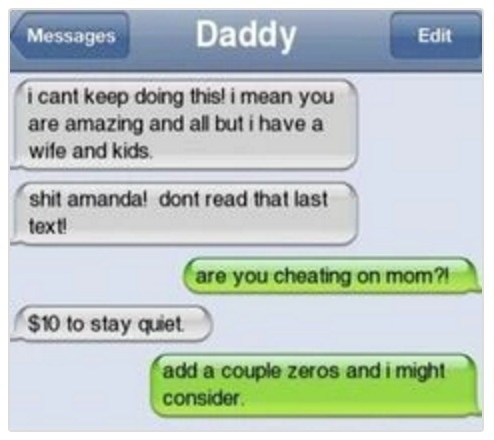