Have you guys ever wondered what we will leave behind for the future generations? And what impressions the archaeologists of the distant future will take from our stuff? Will they ever find our iPods and think we would rather hear a recorded voice than a real one perhaps? Will they mistake the movie posters of the present for portraits in the future? Will they just laugh and sneer at advertising and even the election posters?

We will never know for sure exactly, but it is actually a bit of fun to consider it. And, as a matter of fact, we have some idea, just going by the work of today’s archaeologists who explore the lives of the people who came long before us using the items that outlived them. Some of the discoveries might be a bit boring and mundane too, but there is also surprising beauty waiting out there. And one discovery clearly shows that beautiful art can last a shockingly long time, and reveal much more than you might think or even expect it to be.

1. Just imagine the appearance on the faces of the archaeologists who had been digging feverishly in the Turkish soil who actually unearthed some gorgeous mosaics that have not seen fresh air or sunlight for more than approximately 2,000 years.

Say about an exciting discovery! But it is made even more incredible just by the conditions the archaeology team has been working under. 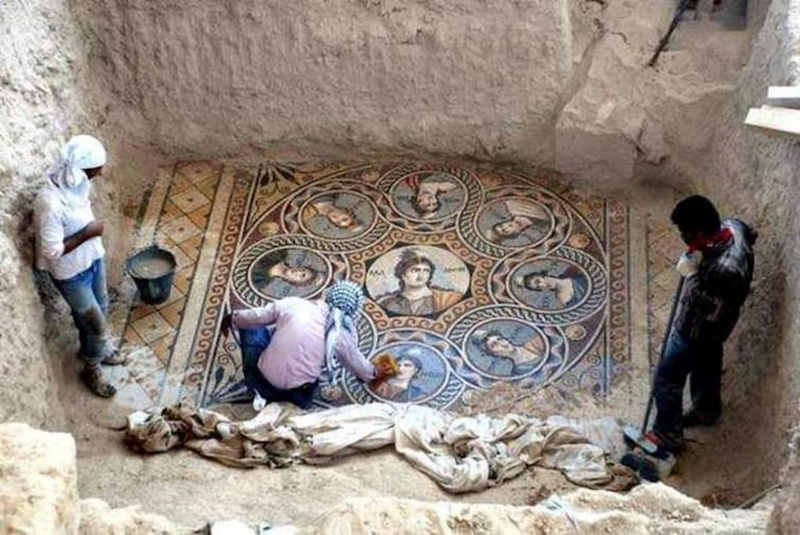 2. Zeugma, the very ancient town in Turkey where the mosaics were dug out, is now largely under the water level.

A dam on the Euphrates River, less than a mile’s distance from the town, flooded the area, almost submerging a quarter of Zeugma below 200 feet of reservoir water.
However, the waters rose slowly and gradually, just by four inches a day, which proved to be the saving grace for these archaeologists. 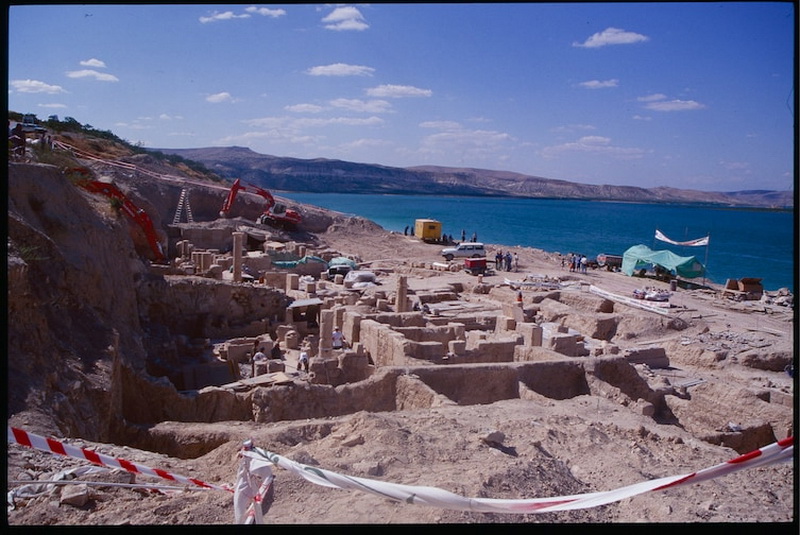 3. Knowing the very fact that the town would be flooded, a big team of archaeologists led by Ankara University’s Kutalmis Gorkay stepped up their excavation efforts with an eye on preserving some of the area’s unique relics.

Among the discoveries made, there was a mosaic depicting the nine Muses renowned in Greek mythology. The mosaic provides an insight into the then lives of the people who once lived there in Zeugma.
“They were a product of the patron’s imagination,” he told Archaeology.org. “It wasn’t like simply choosing from a catalog. They thought of specific scenes in order to make a specific impression.” 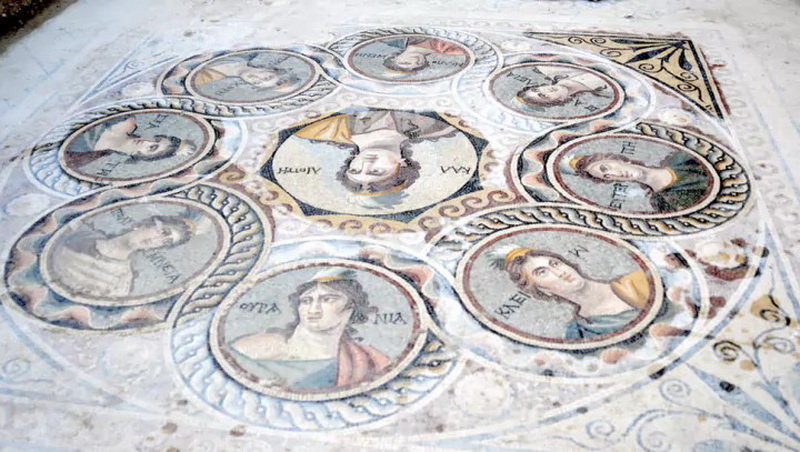 4. So a homeowner who had a mosaic depicting the Muses was actually educated and literary because the Muses inspired literature and the arts.

And Zeugma features a very wide variety of mosaics since it holds a unique place in history. 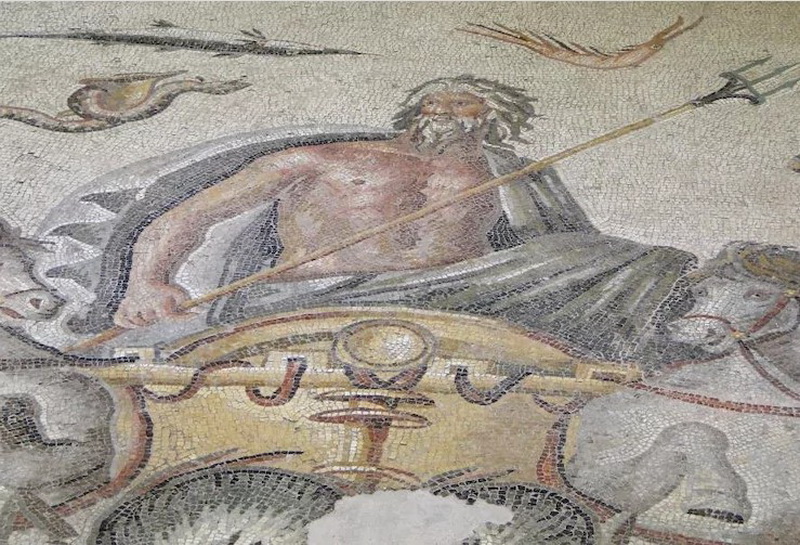 5. Zeugma’s location in Southern Turkey placed it on the border of two massively influential empires and made it a crossroads of history.

One of Alexander the Great’s generals founded Zeugma on the border of the Persian Empire, and three hundred years later the Romans conquered it. Positioned at a border, it became a great place to collect road tolls, but also a spot where many cultures met and traded.
“We don’t know of any other big cities in this area that changed from a Hellenistic city into a Roman garrison city in such an important geopolitical location, making it an ideal place to study the cultural changes between the two,” Kutalmis mentioned clearly. 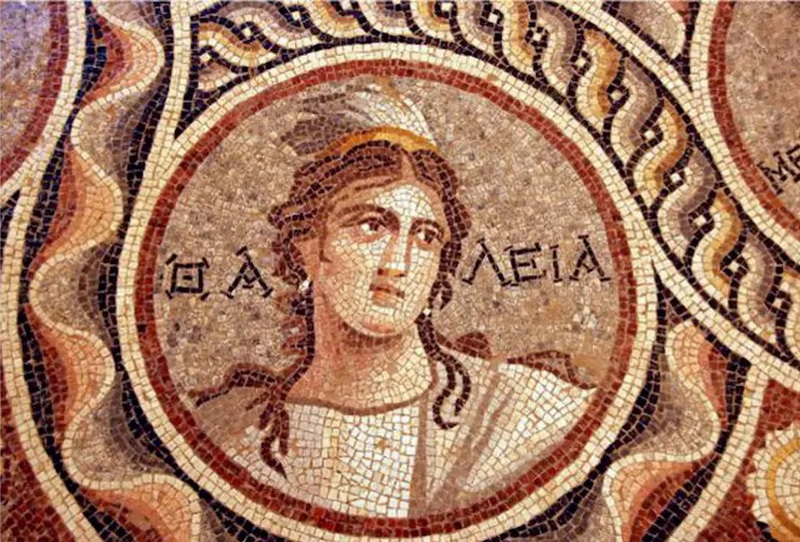 6. The majority of these mosaics that were discovered show scenes and figures from Greek mythology, like the above image of Thalia, the Muse of comedy and idyllic poetry.

Oceanus and Tethys, personifications of the seas and waters of the entire world, feature prominently in the mosaic below. 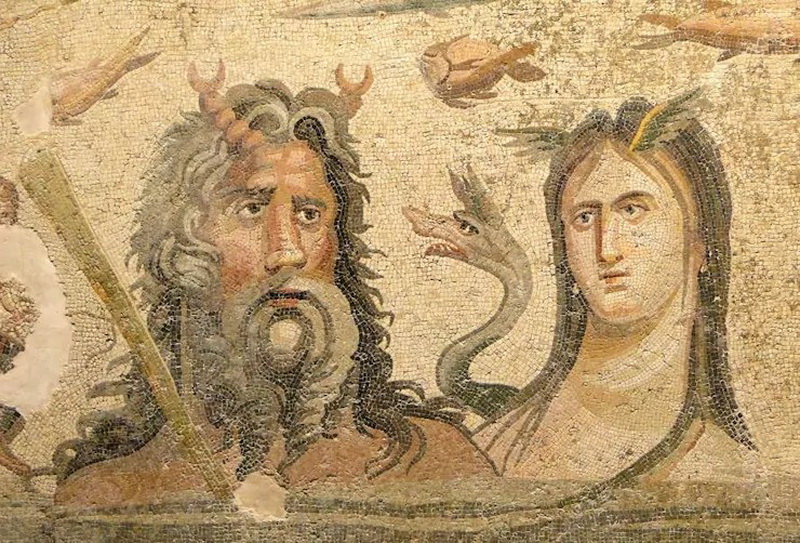 7. The Roman influence the remains in some of the mosaics as well, as in this image of a gypsy girl.

It is estimated that, at its peak, about 80,000 people called Zeugma home, but the decline of this started around the same time as the rest of the Roman Empire.
After it was actually overrun by some of the Persian invaders, the town soon faded and went forgotten for almost 1,700 years. 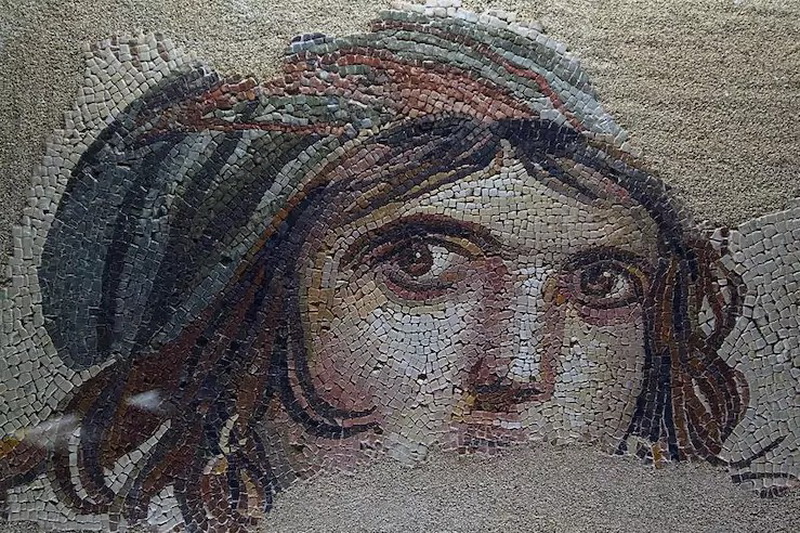 8. So Kutalmis’s team still has their work cut out for them in spite of the flooding.

“From now on, we will work on restoration and conservation,” he said “We plan to establish a temporary roof for long-term protection. We estimate that the ancient city has 2,000-3,000 houses.”

Clearly, some of Zeugma’s most beautiful history will never see the light of the day. It is really sad to think of all the treasures that will still remain hidden by the dam’s reservoir. However, considering how much of the town is still accessible, it is not unreasonable to expect more and more ancient artistic beauty on the horizon soon. 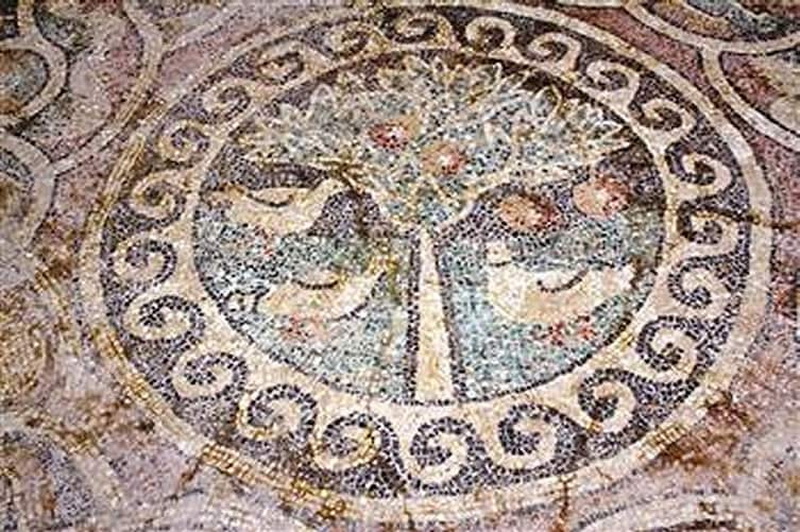