16 Strange Hybrid Animals Who Are Changing The Future Of Wildlife

Bored of watching same animals in the zoo, national parks, and jungle? Though continuously new species are been discovered to know more about animal kingdom but some are not discovered they are made. Hybrid animals are made now. Hybrid is a thing made by combining two different elements, plants or animal to make a new thing having a characteristic of both.

Decades ago hybridization of seeds was done to cultivate good crops. Now hybridization of the animals is done. Hybrid animals are made via vitro fertilization or somatic hybridization; however, the resulting cells are not able to develop into a full organism.

Here are 16 hybrid animals that you probably didn’t know existed.

A Tigon is a hybrid cross between a male tiger and female lion. It exhibit visible characteristic of both parents, spots from mother and stripes from father. The color of their coat ranges from pale ocher to yellowish brown. It does not exceed the size of their parent species. Tigon often weigh around 180 kilograms (400lb). The male tigon does not have a full mane but can retain some ruff. The female are capable of giving birth. They are really prone to cancer and other illnesses and have a short life span and are said to be more aggressive than ligers. They enjoy swimming. 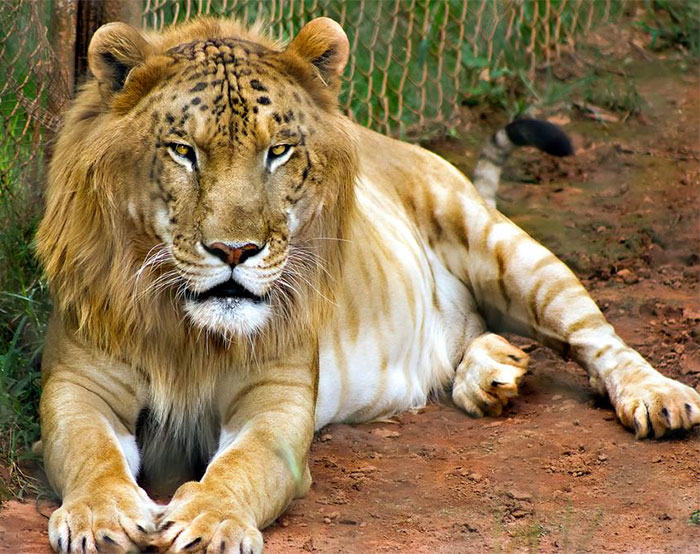 Grolar bear is a hybrid species of bear, created by interbreeding of grizzly bear and polar bear. They are also known as “pizzly bears” and are evolved from the same ancestors 150,000 years ago. Same number of chromosomes(74) and their genetic similarity ensure production of fertile offsprings. First grolar bear has been observed in the wild in 2006. Grolar bear can reach 40 to 60 inches in height, 78 to 120 inches in length and 400 to 1,500 pounds of weight. It has thick, creamy white fur with brown patches around eyes, on the legs and paws. Grolar bear has wide face, long neck, hump on the shoulders and large claws on the feet. They are weaker swimmer compared with polar bears. 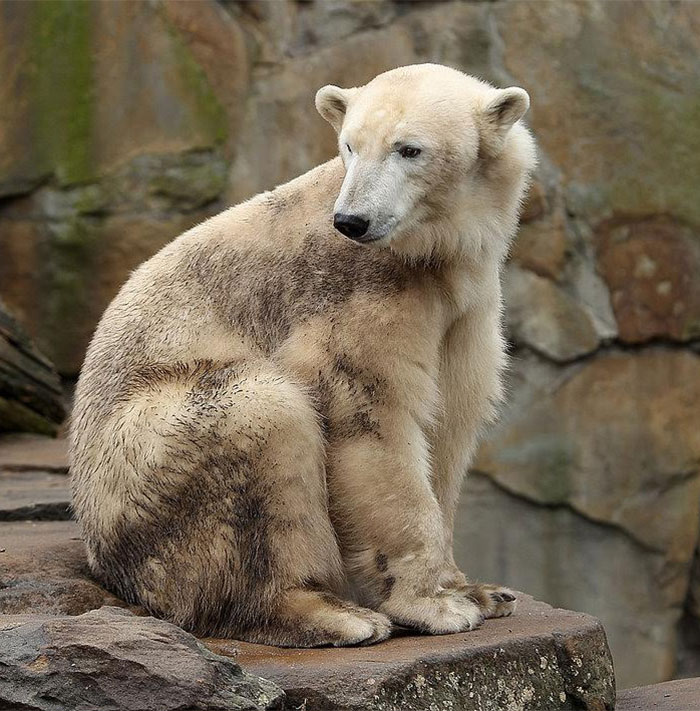 Beefalo are a hybrid of male cattle and female bison.It contain 37.5% genes of bison and 63.5% genes of domestic cattle. They are also known as “cattalo ”. Beefalo can reach 55 inches in height and 1,500 – 2,000 pounds of weight. Beefalo are very small at birth with average weight of 40-60 pounds and reaches sexual maturity slightly later in life and can reproduce until the age of 25 years. It has bovine like body without hump and has higher tolerance to diseases and ability to survive in the areas with cold climate that are not suitable for domestic cattle. Beefalo is mostly used as a more protein and less cholesterol meat. They are also valuable source of milk. 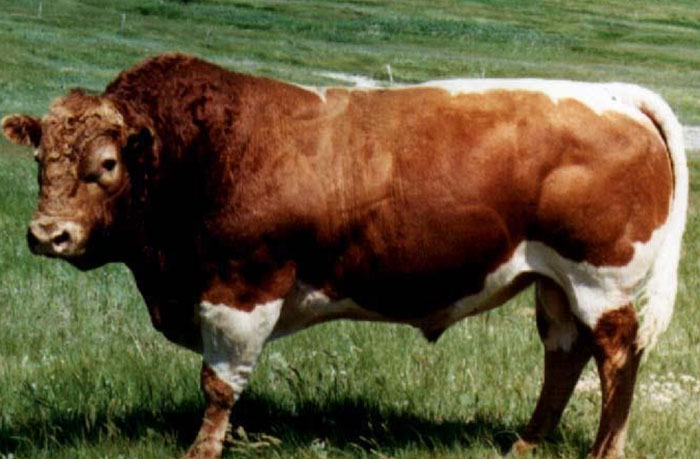 The liger is a hybrid cross between a male lion and a female tiger. The body of liger resembles that of lion and tail of a tiger. The tigress often requires a C-section performed when giving birth to a liger because the cub is bigger than a tiger. The first liger cub was born by an accident back in 1799. The maximum recorded age of a liger is 24 years. Ligers are the biggest cat in the world, they grow at a rate of 1kg every second day, thus by the end of their first year, they can weigh up to 165 kg. The mouth of a liger is about as big as the shoulders of a man. It can run with the speed of 80kmh. Ligers are highly socialized animals and love to swim. 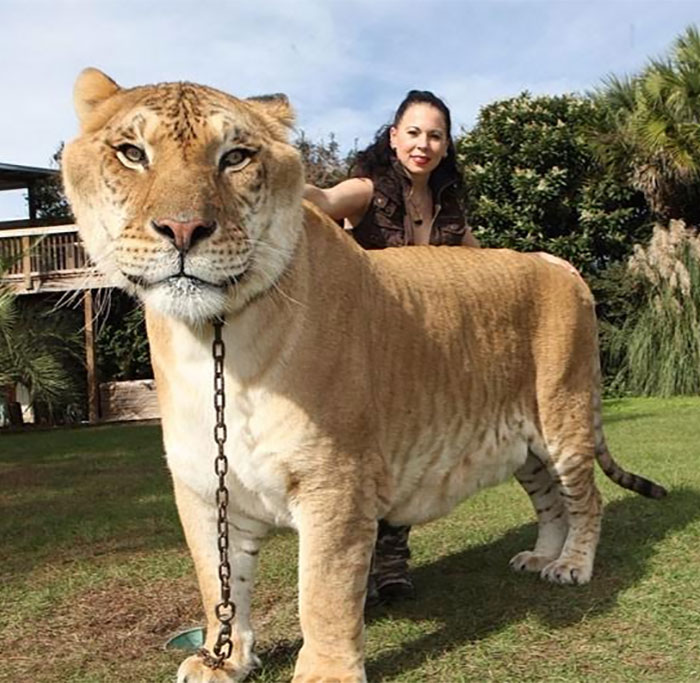 A jaglion is also known as a jaguon which is a hybrid result of mating a male jaguar with a lioness. It has the lions background color, brown, jaguar like rosettes and the powerful build. The length of their body is 3-3.5m. Two jaglions were born in 2006 at Bear Creek Sanctuary, result of close friendship between the two species from their childhood. 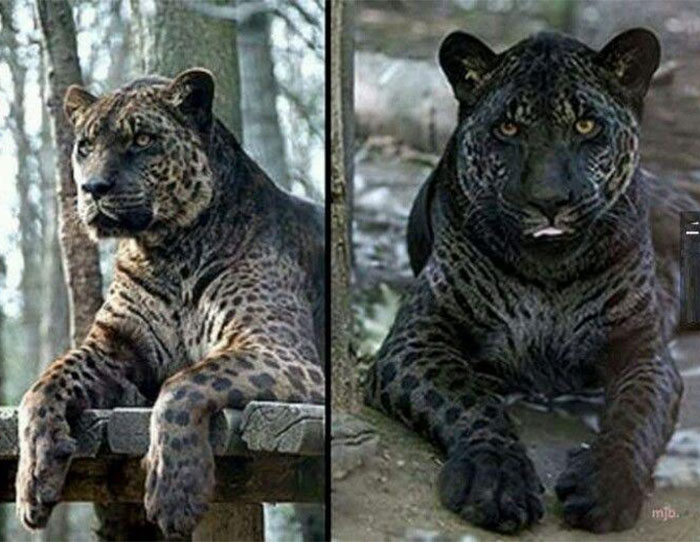 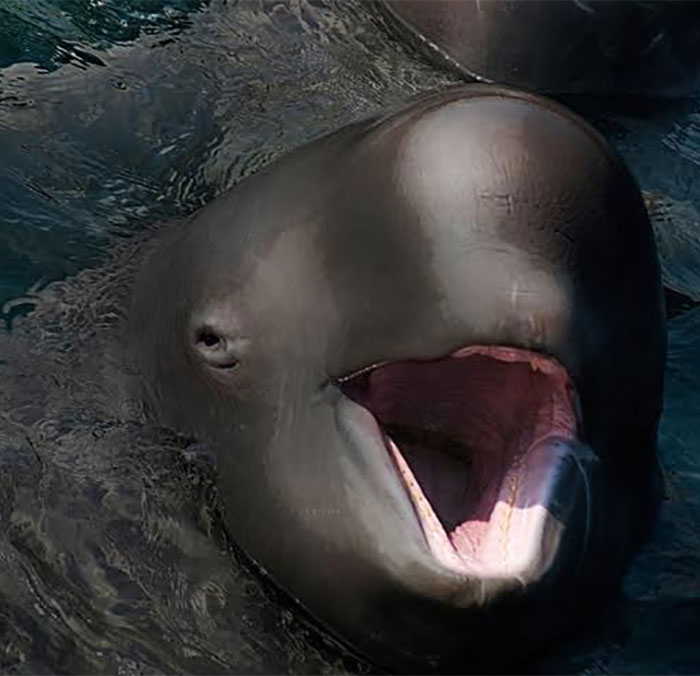 Hinny is a hybrid product of a male donkey and a female horse. They are slightly smaller than mules in part because donkeys are generally smaller than horses. Hinnies grow in various sizes but are restricted to being about the size of largest breed of donkey. Hinnies are difficult to obtain because of the differences in the number of chromosomes of horse (64) and the donkey (64). 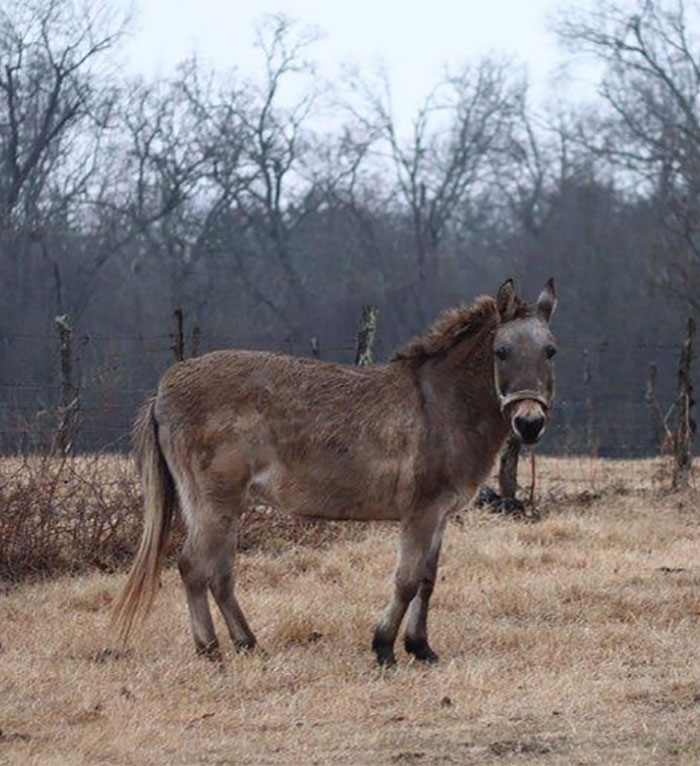 Coywolf is the hybrid product of coyotes and gray wolves. It has a thick coat that can be blondish or dark blackish in color. Coy wolf has bid skull, wide, powerful jaws, short, round ears, long legs and strong wolf like body. It can reach 4-5 feet in length and 35-45 pounds of weight and sexual maturity at the age of 2 years. Coy wolf has an average lifespan of 3 to 5 years in the wild and around 10 years in the urban areas. They are a social animal and live in a group of 3 to 5 animals. 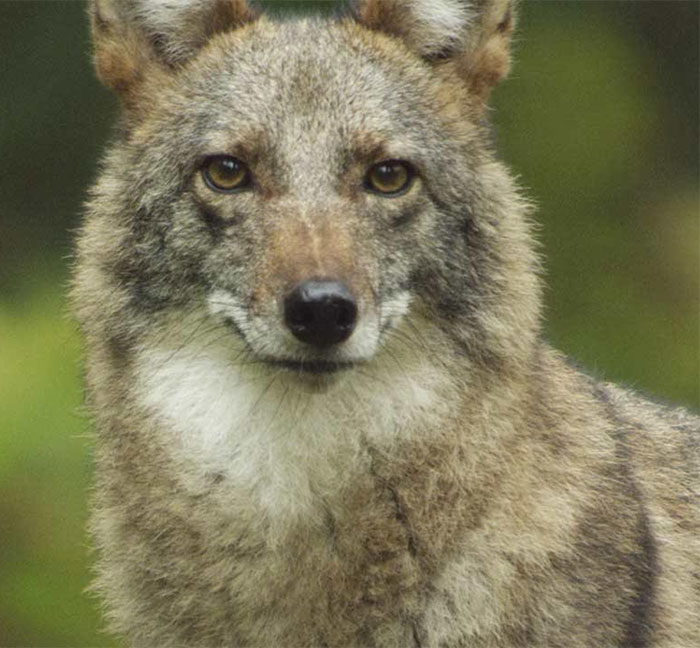 A zebroid is the offspring of any cross between a zebra and any other equine. Many times when zebras are crossbred, they develop some kind of dwarfism. They are more resistant to certain diseases such as sleeping sickness. Zebra stripes tend to show up on at least part of the hybrid’s body. 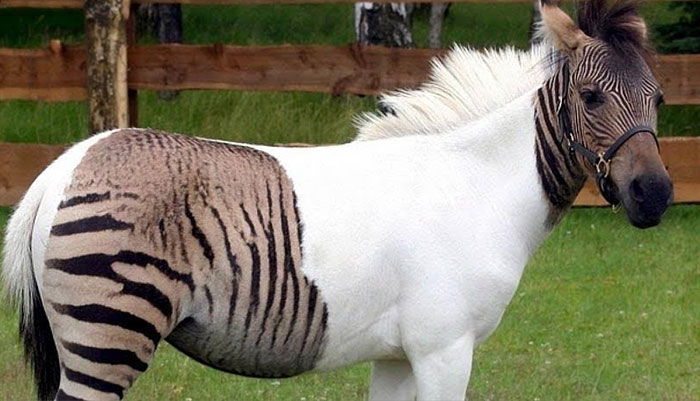 Wholphin is a marine mammal created by cross breeding of bottlenose dolphin and false killer whale. It grows very fast and reaches the size of one-year-old dolphin only a few months after. Baby wholphin depends on the mother’s milk until the age of 9 months. After that period, it starts to consume fish. It can reach 12-22 feet in length and around 600 pounds of weight and have 66 teeth. Wolphin has dark gray skin, whales like eyes and large body. The average lifespan of wholphin is around 40 years. The first born and the oldest known wholphin is kekaimalu. 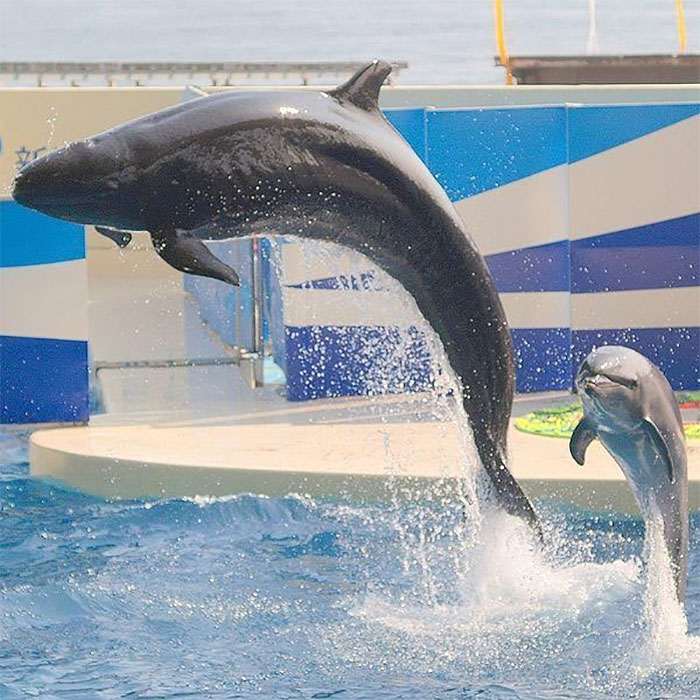 The hybrid between cows and wild yakes creates either a dozo if the offspring is male or adzomo if female. They are often kept as farm animals as a source of meat and milk in Tibet and Mongolia and are able to survive on the altitude of more than 10,000 feet. It has cattle like face with large horns and has hump on the back. Dzo is covered with long, shaggy coat in the shades of white, brown and black. It can reach up to a height of 5.5feet and weigh 1,300 pounds. Males are larger than female. They represent a valuable source of hide and fiber and even dried droppings of dzo are used as a source of fuel. 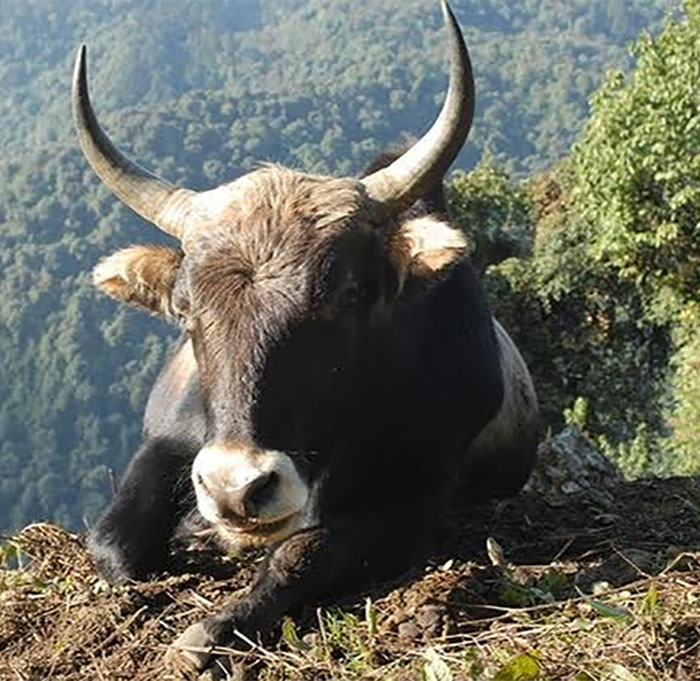 Savannah is a hybrid of a domestic feline and a medium size African wild cat. They are medium size breed and weight can range from 8-20 pounds, sometimes more. It comes in different colors and pattern: black, brown, black spotted tabby, black smoke, and other solid black brown spots. Their head is supported by a long neck and topped by large, wide ears. Savannah takes approximately 3 years to reach adult size. Males are larger than females. Savannah cats are active and adventurous feline who enjoys life in the fast lane. Interesting fact: the bag legs are slightly longer than the front legs. 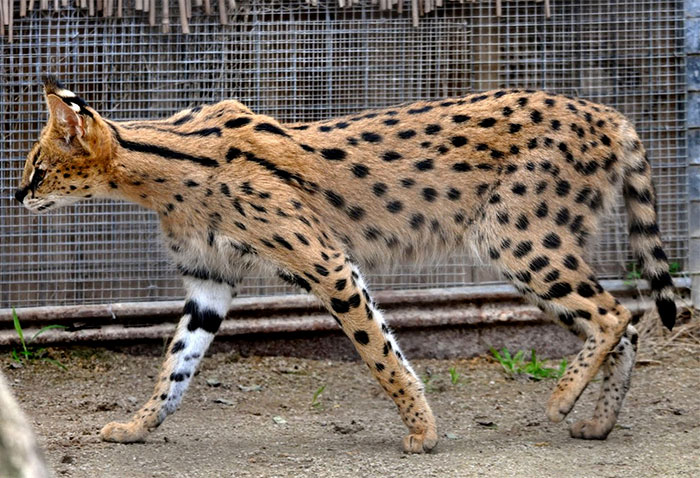 Cama is a hybrid animal created by crossbreeding one humped camel from Asia with South American llama. The first cama was born in the United Emirates in 1998. They are covered with soft fur that is slightly shorter than the fleece of llama. Cama can reach 49-57 inches in height and 180-1,000 pounds of weight. It has short ears, long tail, and cloven hooves. They don’t have the hump on the back. Cama vocalizes like the camel. The average life span of cama is probably 30-40 years. The goal of mixing llama and camel was to create large and strong animal that can be used as a pack of the animal in the harsh desert. 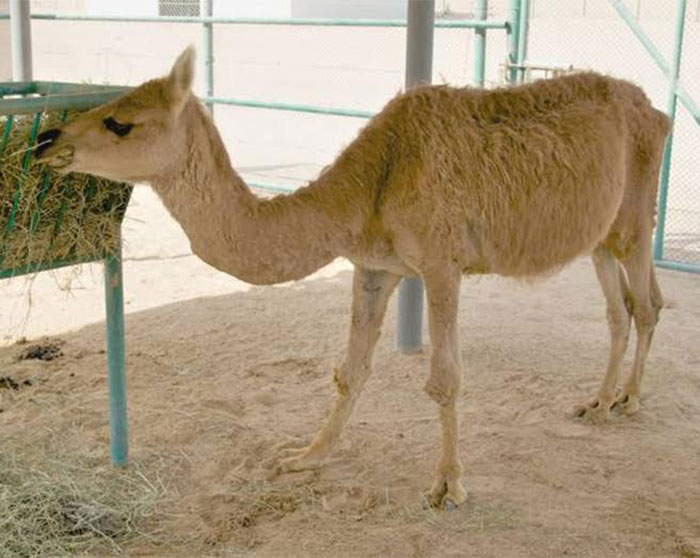 A sheep and goat hybrid offspring is geep. Despite widespread shared pasturing of goats and sheep, hybrids are very rare, indicating the genetic distance between the two species. Most hybrids die while they are in embryo form. 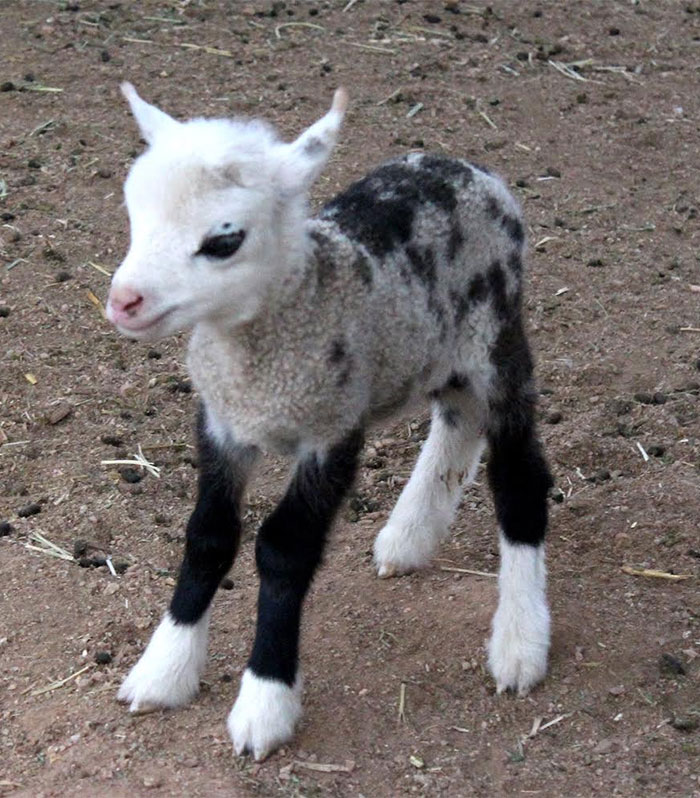 Mulards are the hybrid offspring of Pekin and muscovy ducks. Due to muscovies having a tendency to intermingle with other domestic ducks interbreeding does occur. The mulard is commercially produced on farms for meat and foie gras. The incubation period of the hybrid eggs is between the pekin and muscovy with the average of 32 days. Females are raised for meat while males are used for foie gras. Like muscovy ducks, mulards have claws on their feet, but do not fly and perch; instead, they prefer to stay on water aspekins do. 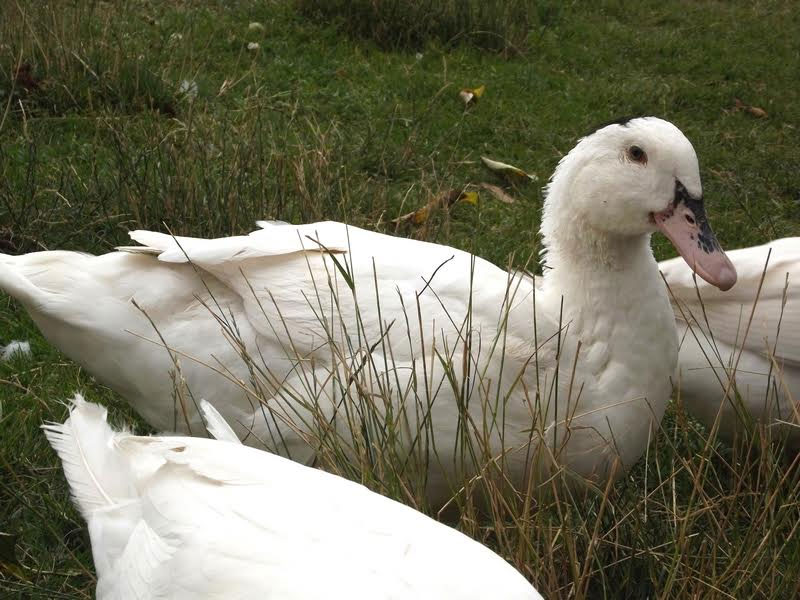 The blacktip shark hybrid is the result of an Australian blacktip shark mating with the common blacktip as sharks reproduce via copulation and internal fertilization, unlike other species of fish. It is assumed that these sharks were hybridized to protect themselves as from climate change. 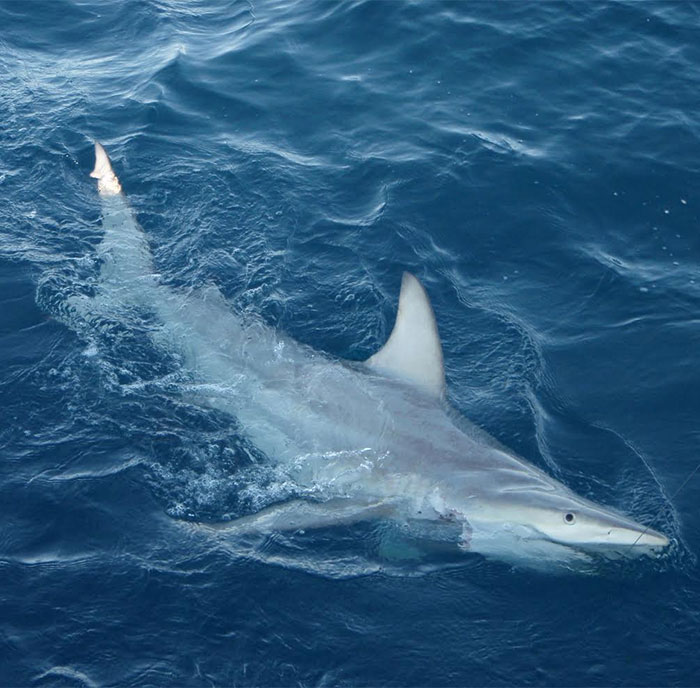