Although we are aware of the fact that dogs are man’s best friend but even after knowing g this fact quite well, we often abuse dogs. We feel that we have every right to command them and later punish them if they do not obey us. This is really cruel of us.

We, human beings, always want several variations. We feel that variety is the spice of life. But through our experimental nature, we have also strongly affected the lives and the welfare of our best friend.

Several kinds of research conducted on dogs have again and again proved to us that a large number of dogs have been developed to become more disease prone than they were before. Now, can you recognize these dogs and feel what we have really done through all these years? Can you really feel their pain they have been going through? We call us human, isn’t it?

Just have a look in the lines below! You will surely understand.

The English bulldog is one of those who has really has suffered a lot through the years only because of intensive breeding. They are mainly seen suffering from each and every possible health issues. Till the year 1835, they were used extensively for bull baiting but with the advent of time, Bulldogs became one of most favorite dog breeds of all time. 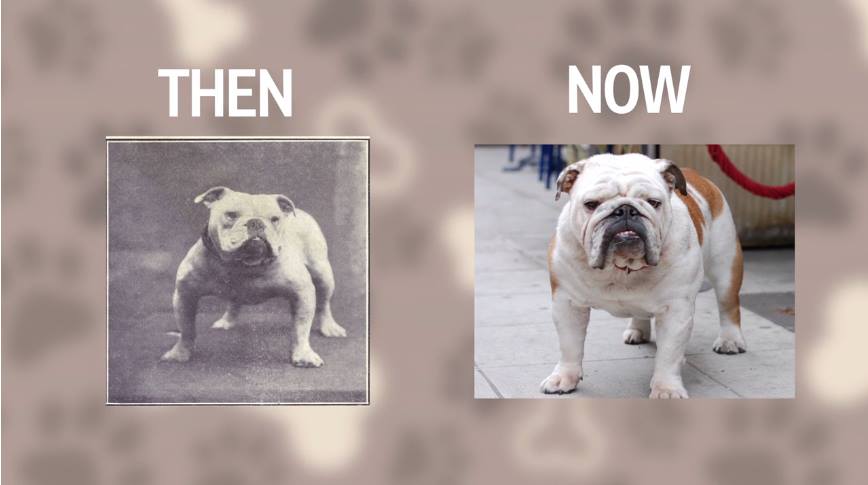 The stocky fighter breed was initially created in the early 1800s. They were created with the combination of old English Terrier and Bulldog. The Bull Terriers had a very thin loop body with a near curved nose. However, with the advent of time on account of excessive breeding, this particular dog has developed a thicker abdomen and also a warped skull. 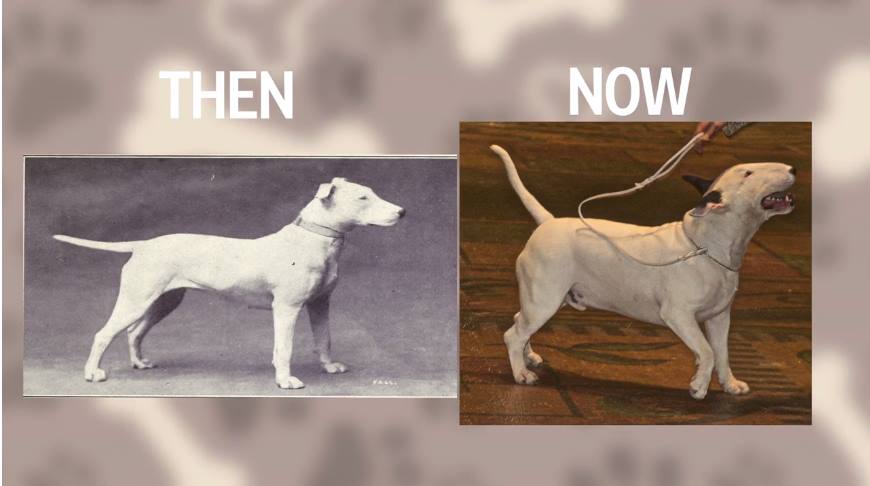 The Dachshunds were developed in Germany over 400 years ago. This particular dog once had a properly functioning leg with a proper neck as its size. Well, but human beings love to experiment a lot! Isn’t it? And guess what! Today at present, Dachshunds are the highly risked breed on account of intervertebral disc disease that can even result in paralysis. 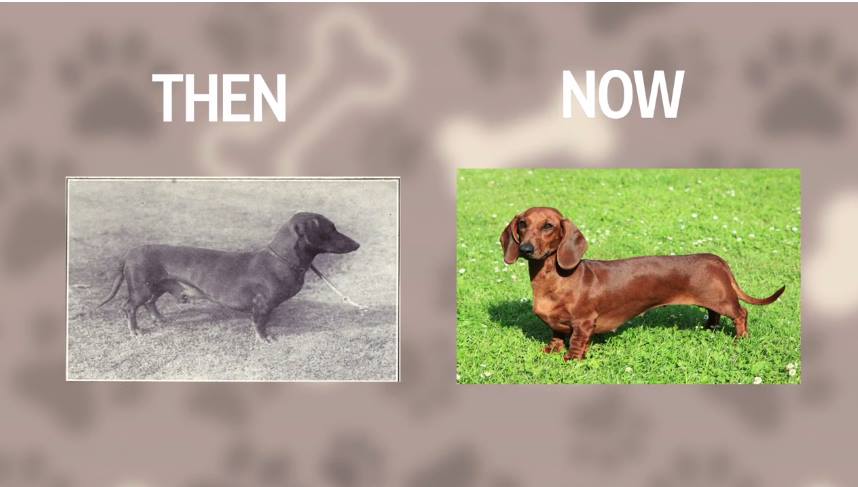 During the time of its development in the 1850s, this dog species had a very thin abdomen and also a sharper stance, which everyone knows today. Actually, the German shepherd was initially developed for herding sheep. 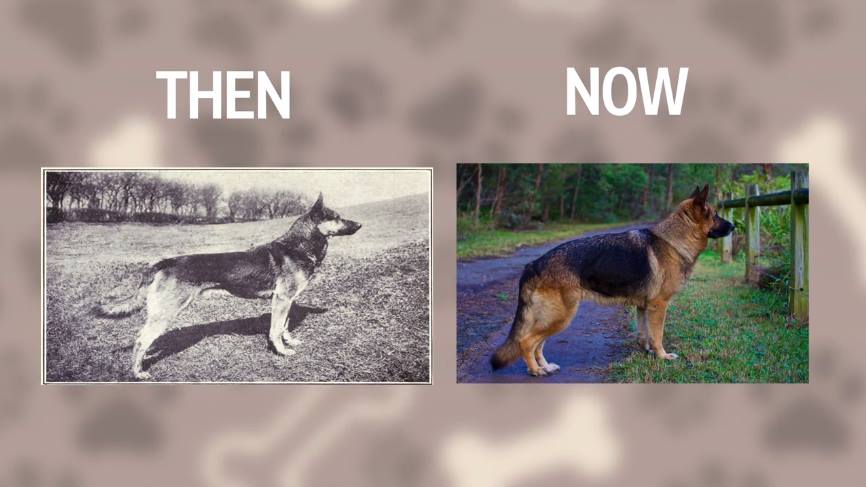 The actual Saint Bernard looked similar to the deceased Asiatic dogs that were once used by the Roman soldiers for use in their army. Now, a well modified version of St. Bernard breed possesses a thicker fur than their previous ancestors. They have wider skulls and a very sharp angle between the nose and the foreheads. They are very much prone to ectropion, entropion, hemophilia, Stockard’s paralysis, and even osteosarcoma.

The Pug was once also called Dutch Mastiffs. This is the another dog breed that is very much prone to health diseases like overheats, high blood pressure, heart problems, low oxygenation, and much more on account of intensive breeding. Pug was actually created from the Chinese happa dogs, which were brought and actually developed over by the Portuguese at the time of the 15th and 16th century. 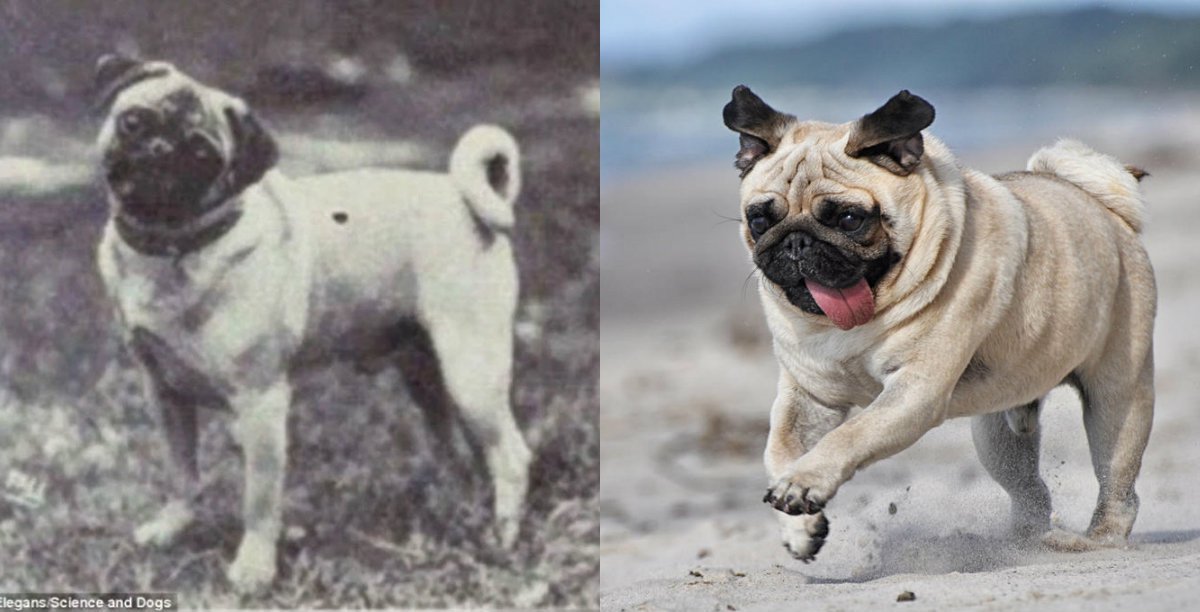