Every human being, including murderers and terrorists were children once, and looking at their childhood photos, it’s really hard to imagine that these people could grow up to cause so much damage and destruction.

We have a general perception about an evil person’s face –  a dark cloaked figure smiling at us. Or maybe, someone like Adolf Hitler who is delivering a speech to the crowd. But these people were not born evil, they became evil under various circumstances.

President Nicolae Ceausescu of Romania exported most of the agricultural products produced to improve the economy but unfortunately that caused a famine, leading to a dissension. The president didn’t hesitate to kill all the protestors ruthlessly. 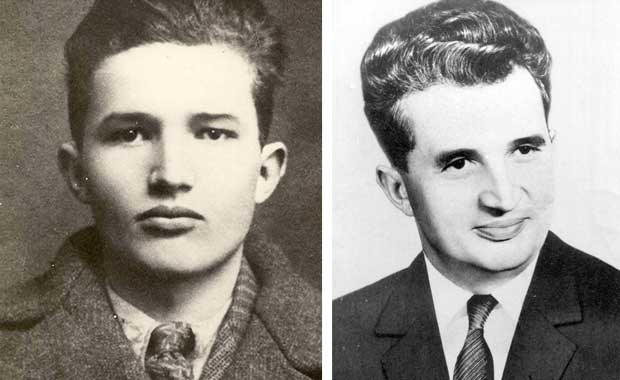 Kim Jung II, the supreme leader of North Korea, barred his nation from communicating with the outside world and even took away their basic rights. Anyone who tried to protest was killed, which includes not only peasants but also his own family members. 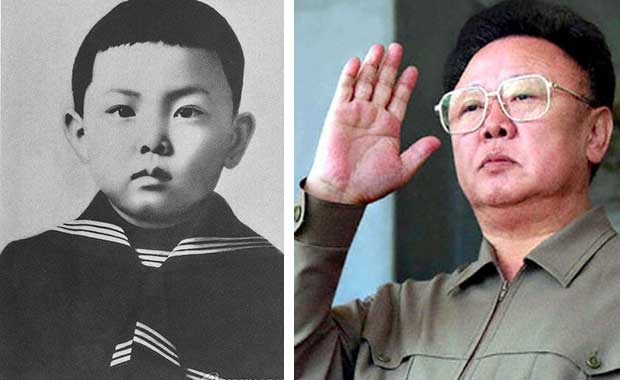 Alexander Pichushkinwas a gruesome murderer with over 49 confirmed murders. People who knew him said that he was usually quite cheerful as a child and seemed normal before he hit his head after falling from a swing. That could have messed with his mental state, leading him to this dark path in the future. 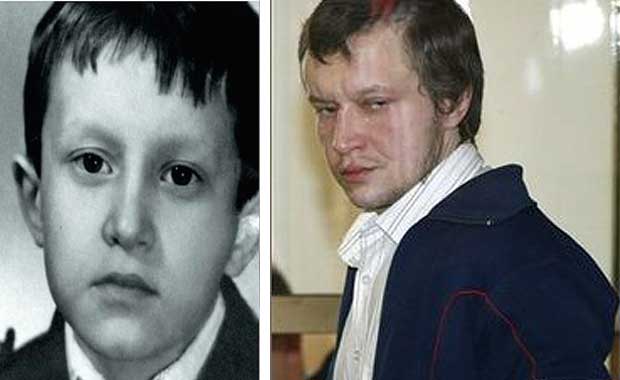 Hirohito, Japan’s emperor, murdered millions of people from China, Filipinos, Indochina, and Korea, but one could have never guessed this by looking at this cheerful picture of his younger self. 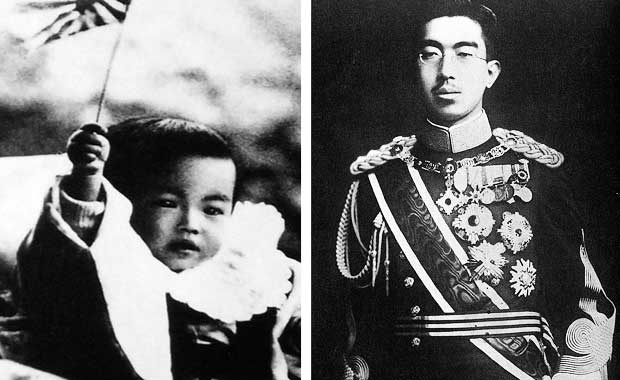 Osama bin Laden, the leader of the terrorist group, al-Qaeda, was behind the 9/11 attacks. He also had six wives and was the main head behind terrorist attacks in other countries as well. 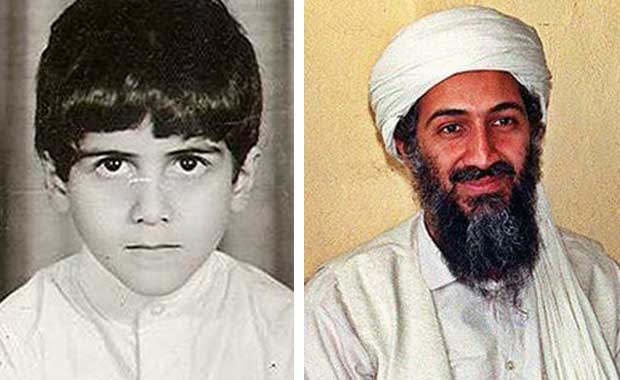 Benito Mussolini used to be quite serious when he was young and grew up to become the main leader of the Italian fascist movement during World War II. 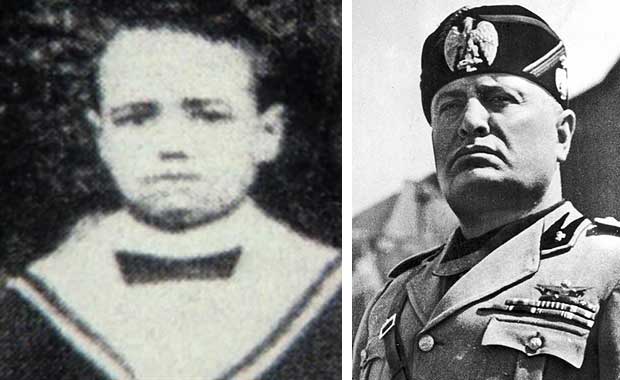 John Wayne Gacy aka The Clown Killer used to rape and murder teenage boys and then kept their bodies beneath him home’s crawl space. He got his name from the fact that he used to dress up as a clown and volunteer at local charities in his “spare” time. 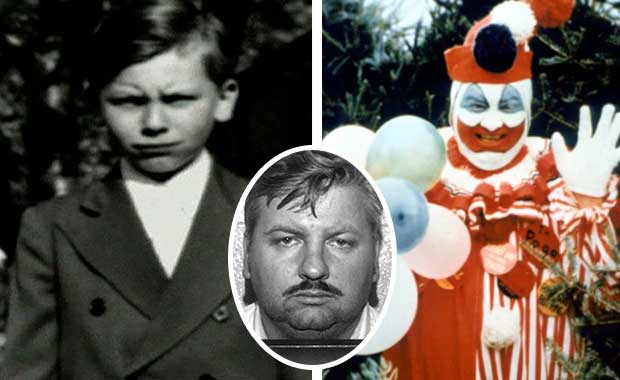 Mao brought communism to China, and is well known for creating the “Cultural Revolution”. However, during this time, many people lost their lives and several ancient traditions were forgotten completely. 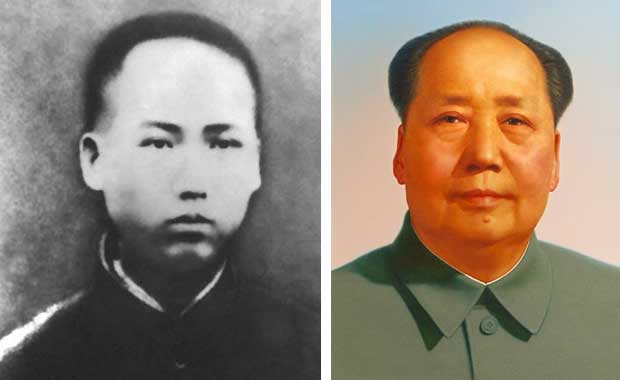 Dennis Rader, also known as “BTK” (referring to his preferred methods of murder — “binding, torturing, and killing”) had a troubled youth. He was quite handsome, but even when he was young, he had begun torturing animals and even killing them. 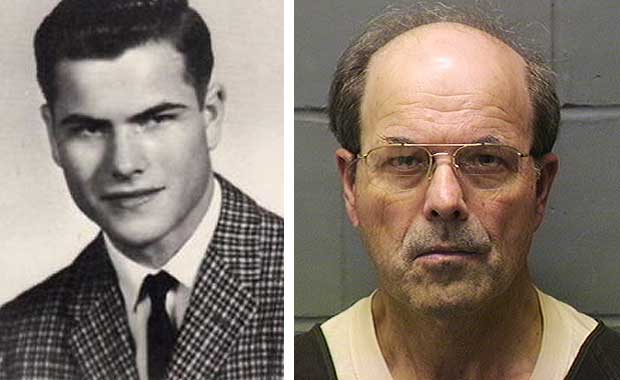 10. The Green River Killer was

The Green River Killerwas arrested after several failed attempts and finally after getting caught, Gary Ridgeway admitted that he had murdered over 70 women. Looking at his innocent photo when he was a child, no one can even think he would turn out to be a serial killer in future. 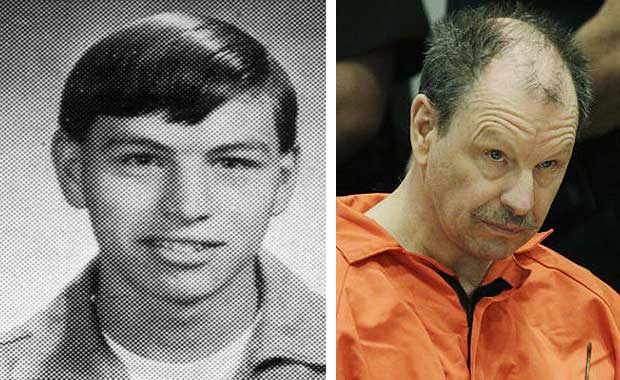 Psychologists noted that Anders Behring Breivik, the Norwegian serial killer, didn’t feel any human emotions as a child. After growing up, he murdered 69 people, that too mainly children. 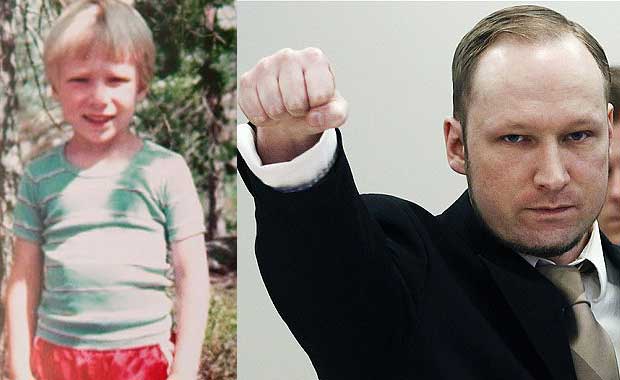 Timothy McVeigh, the former military, killed 168 people during the Oklahoma City Bombings. Its really difficult to guess this from the picture of this smiling young child. 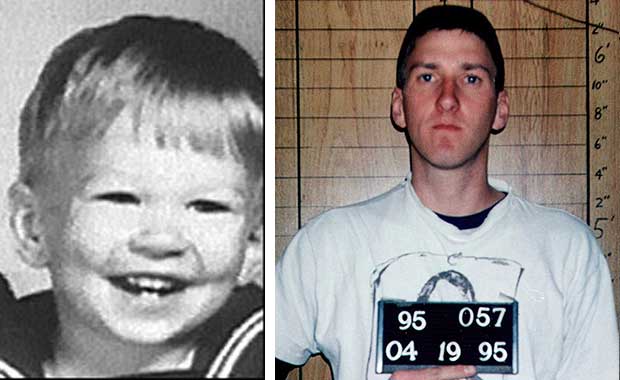 Heinrich Himmler, Hitler’s right-hand man’s appearance has changed hardly since he grew up into adulthood. Although he seems to be an innocent boy in that picture, he was responsible for looking after the majority of the Nazi death camps. 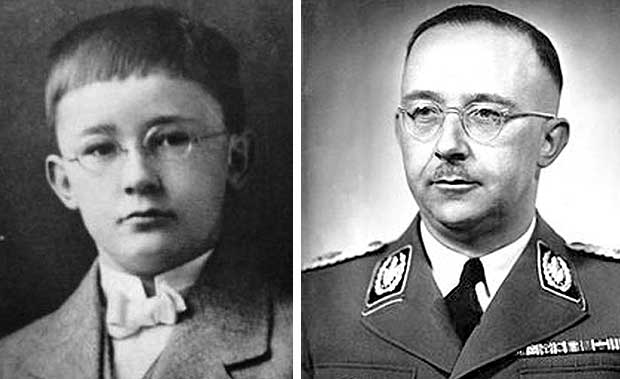 Kim Jung Un, Kim Jong II’s son, also dominates North Korea like his father while starving the nation and oppressing any protests with force. It is rumoured that he killed his uncle thinking that he was a threat. 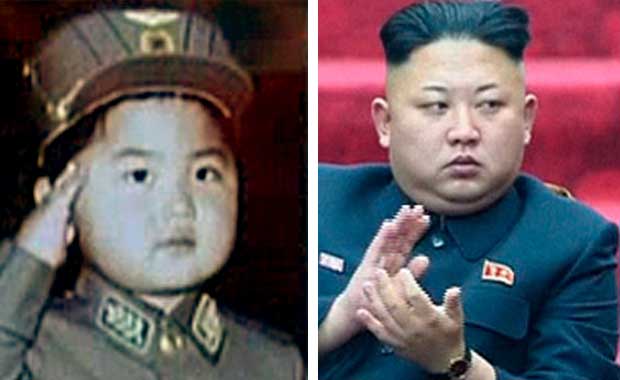 Serial killer Ted Bundy was a charming man but was a gruesome person, who murdered women while travelling the country. He even kept some of the heads as “trophies”. 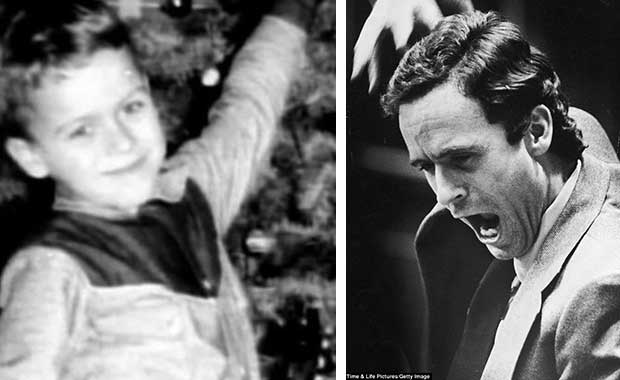 Saddam Hussein was one of the most fearsome dictators of Iraq who led the country into war against the USA. He had an immense political influence. 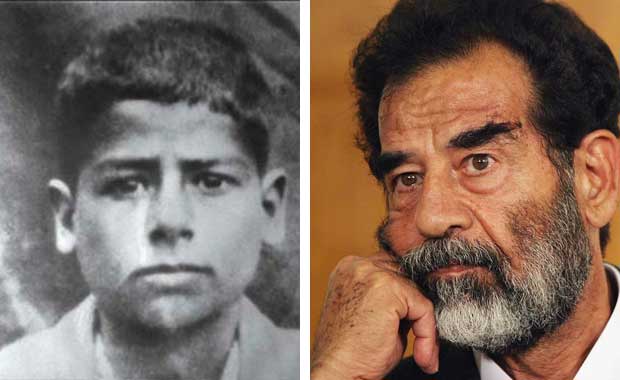 Jeffrey Dahmer, serial killer, looks innocent in this picture holding a kitten, but in reality, he was the complete opposite. He used to lure male partners to his home and then eat them after murdering and raping them. 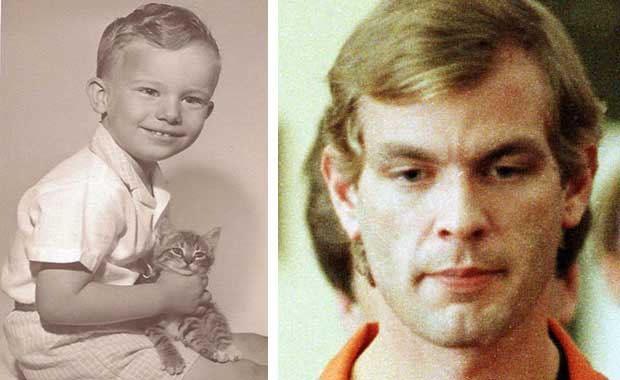 A question that has become quite popular in recent times is whether someone would kill baby Hitler if he or she got the opportunity. Most people answered yes, but looking at the picture of this innocent baby, can anyone even think of killing him? 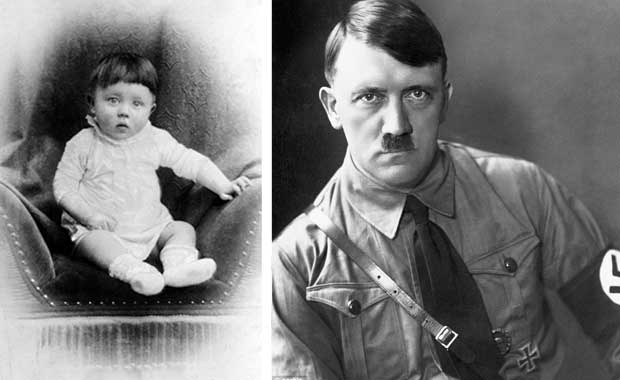 Bashar Al-Assad, Syrian President was the main reason behind the Syrian Civil War, which resulted in numerous deaths and crimes. 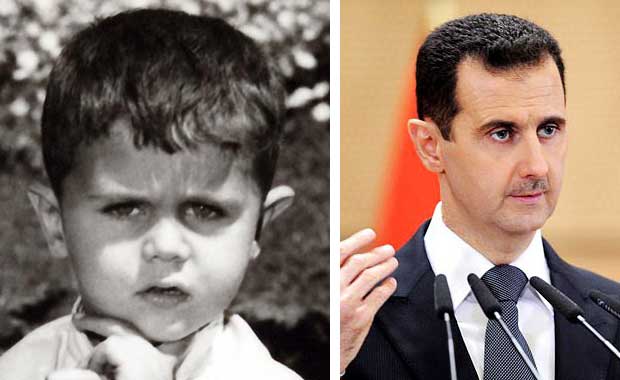 This portrait belongs to Joseph Stalin’s younger self before he became the evil dictator. To be honest, this picture makes him look more studious. 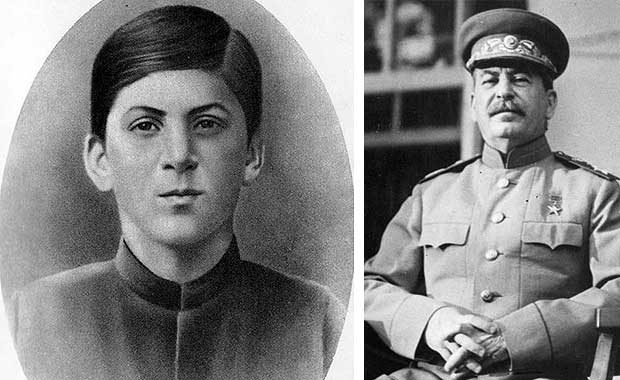 Albert DeSalvo aka the Boston Strangler raped 31 women and murdered 13 women by strangulating them. He has currently been arrested for the life time. Who would have guessed this from the picture of this smiling teen? 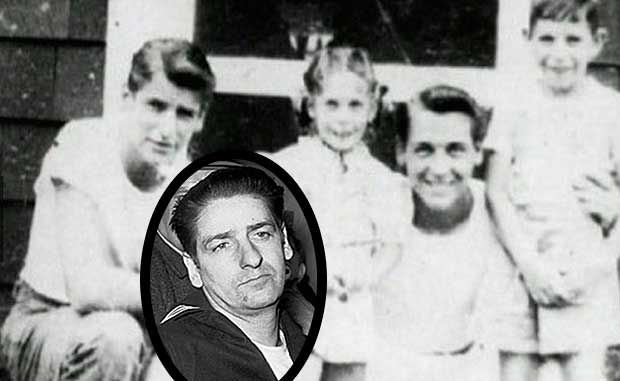 Charles Manson was a cult leader who used to lead a group of confused followers with his charisma, leading to the infamous Tate – Labianca murders. 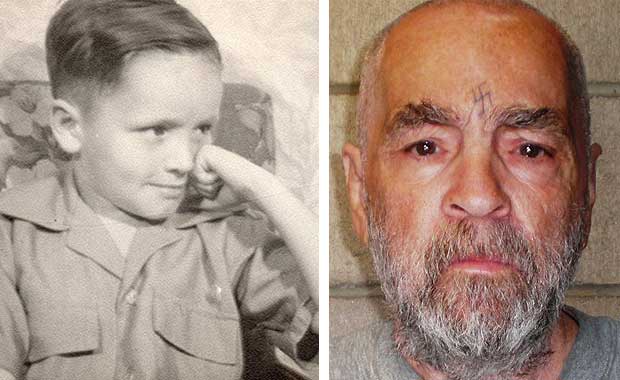 It’s really hard to imagine from the photos of their younger selves, that these men could turn out to be such gruesome characters in the future. Maybe if we could go back in time, we could change something in their lives to prevent this from happening.