You probably remember the Kentucky judge, Adam Wolf, who got quite angry after finding out that no pants or sanitary products were provided to a female inmate for three days. Now, she is the news once again, after she allowed an inmate to meet his new born baby without following any rules, and the entire incident brought tears to almost everyone’s eyes in the courtroom.

James Roeder and his wife, Ashley Roeder, are co-defendants in the same crime, so according to legal procedures, they can’t contact each other. During this time, Ashley gave birth to a child, who is just 30 days old now. 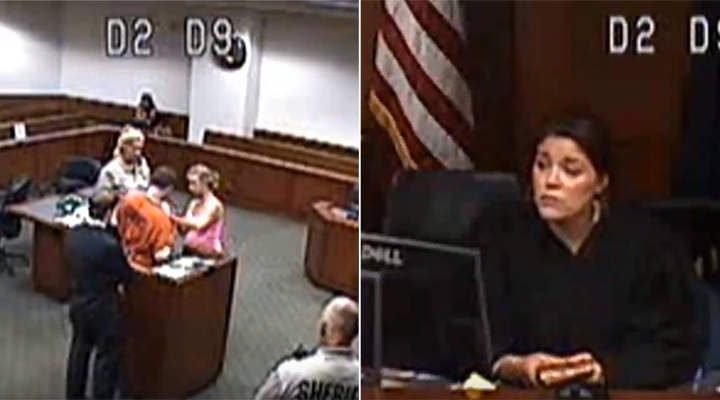 Judge Wolf was almost done hearing for James, and decided to ask Ashely if she wanted to show her baby to her husband.

Ashley replied in the affirmative, and James was called back to the courtroom, and that is when this touching incident occurred. Judge Wolf herself said that was the best decision in that scenario.