Do you have any idea from which creature this carcass came from? This is the carcass of a whale which was discovered by the Iranian Navy in the Persian Gulf.

The soldiers aboard were completely shocked after witnessing the 50 ft long sea monster and suggested that maybe those were the remains of a dinosaur.

An ecologist later revealed that those were the remains of a dead whale, which was evident from the blackened skin and vertebrae.

Scientists haven’t been able to find out what type of whale it is, but they are sure that it is not a dinosaur but a whale.

You can check out the pictures of the carcass in the following pages. Don’t forget to share this with your friends and family and let us know what you think it is!

1. Is it the remains of a dinosaur? 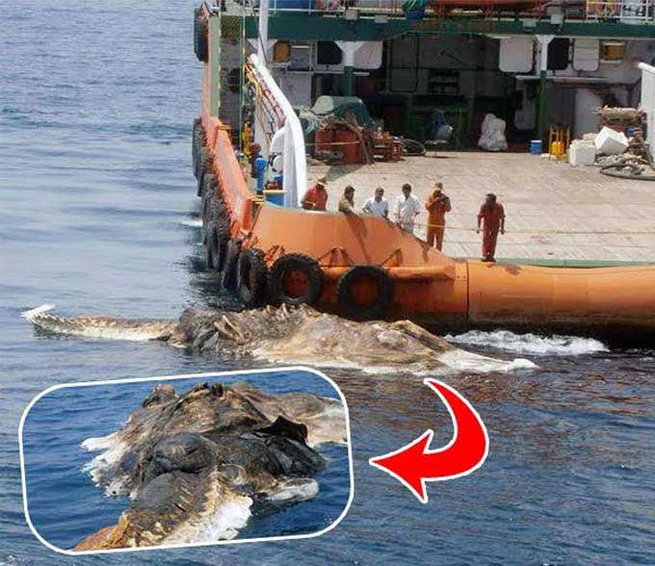 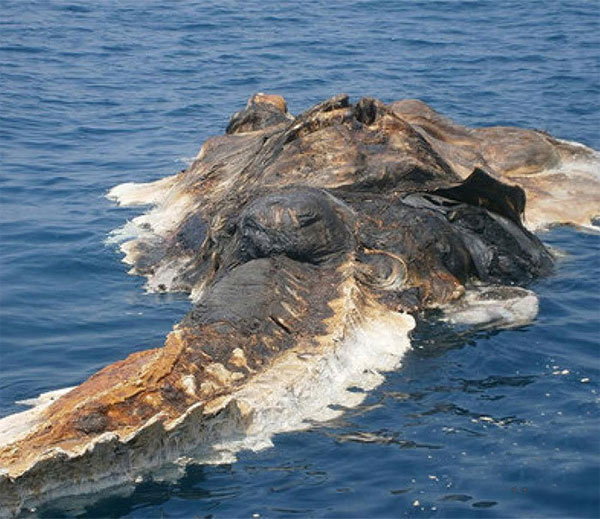 3. The carcass floats in the sea 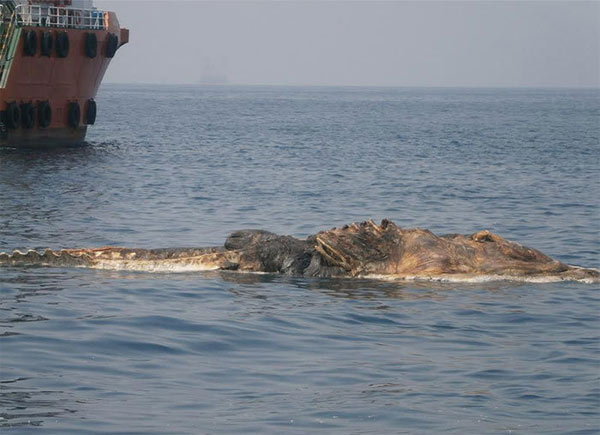 4. The crew was baffled at the sight 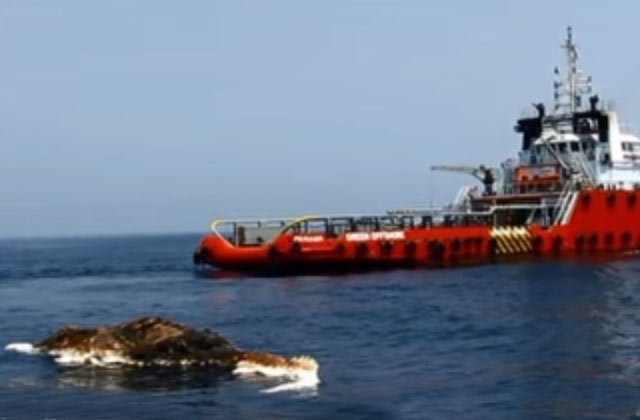 5. Hard to make out what it is

6. A whale most likely 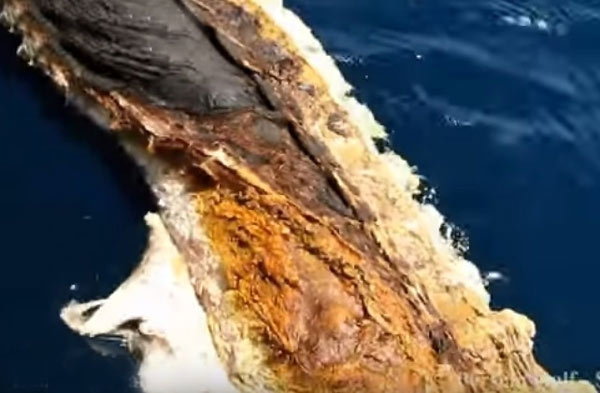