Raven is a Tamaskan husky puppy who wanted a friend but her human mom Christina wanted her to choose her friend, instead of a random pet. So she took her to a shelter so that the husky could pick up her own best friend.

The owner Christina said that she has always wanted a dog and a cat to grown up together, and its really great that they have become best friends. I always wanted Raven to choose her new friend, so I took her to the shelter to take the decision herself.

Raven could choose among 4 kittens, and only one kitten named Woodhouse showed interested in her. So she took her home and now they are best friends. Even after a year, they are inseparable. They used to cuddle a lot when they were young, but that has decreased significantly recently. Even then, they are always playing together.

1. The owner of the Tamaskan husky Raven took her to a shelter so that she could choose a kitten of her own choice. 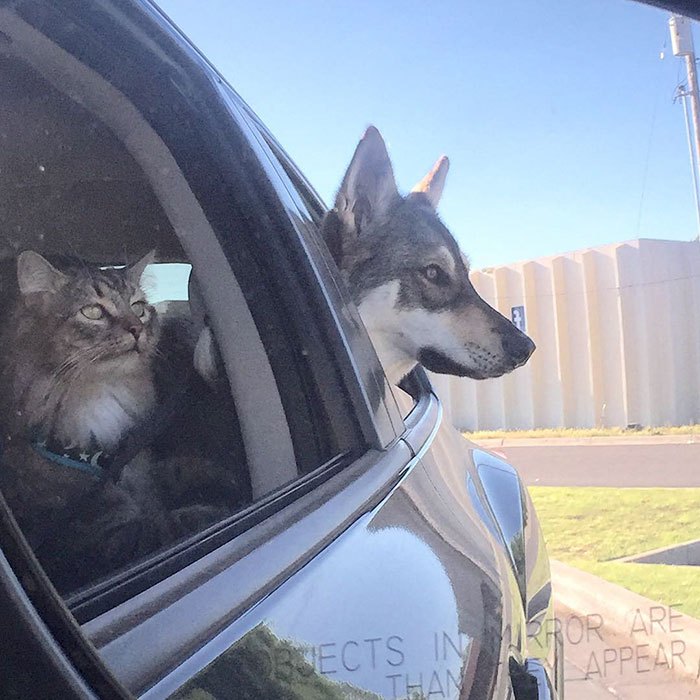 2. The dog could choose among 4 kittens only one showed interested in her. 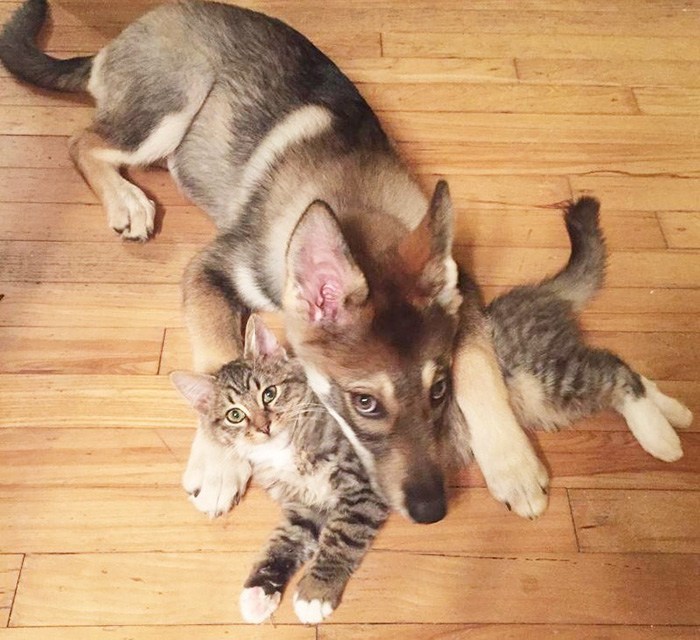 3. The kitten’s name is Woodhouse and the dog and the kitten became friends instantly. 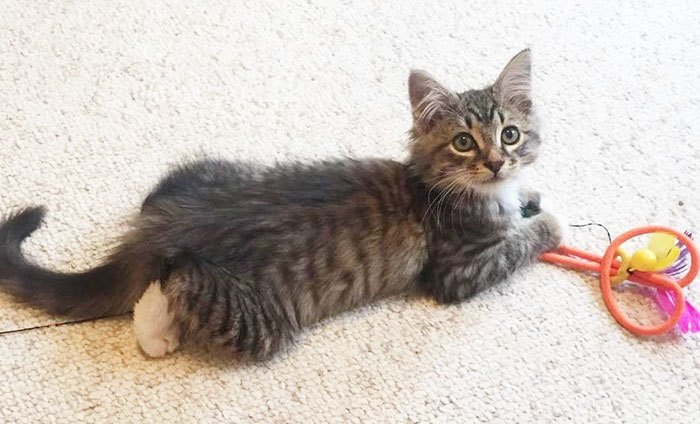 4. Woodhouse not only had a new place to stay, but also found a best friend in Raven. 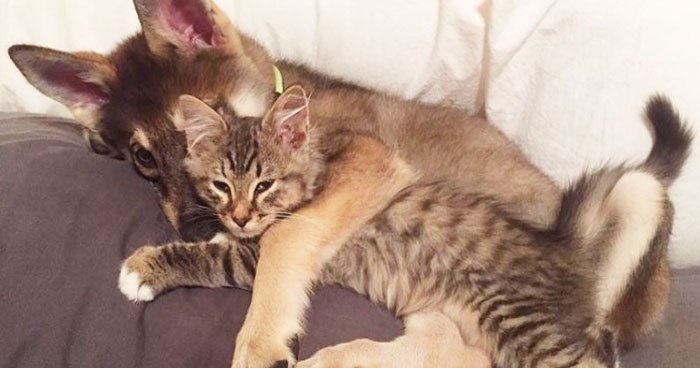 5. Even though its been one year since they first met, they are still inseparable. 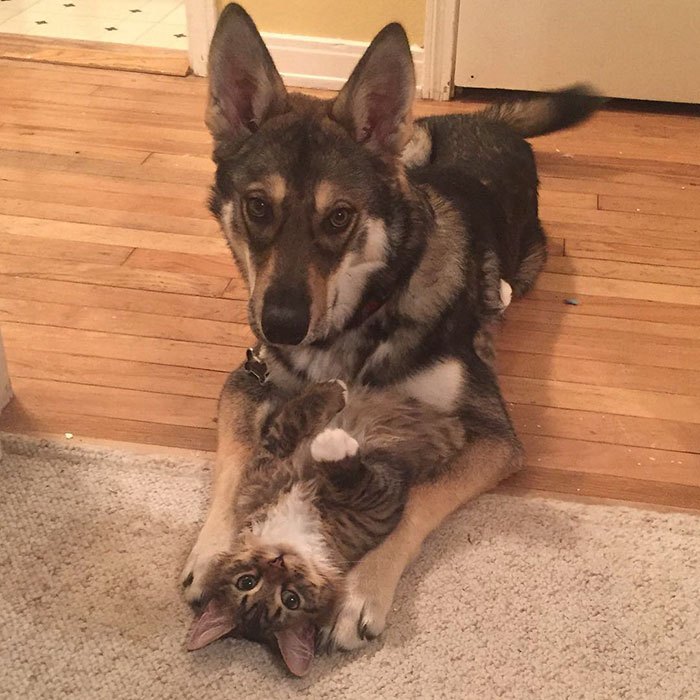 6. They assist each other while taking a bath.

7. They also take their naps together. 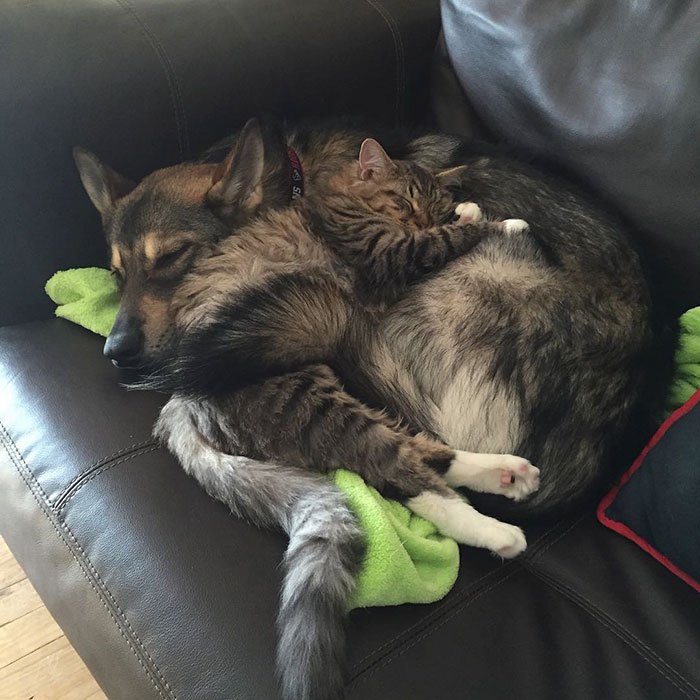 8. Their human mom Christina said that they are each others’ best friends and are perfect for one another. 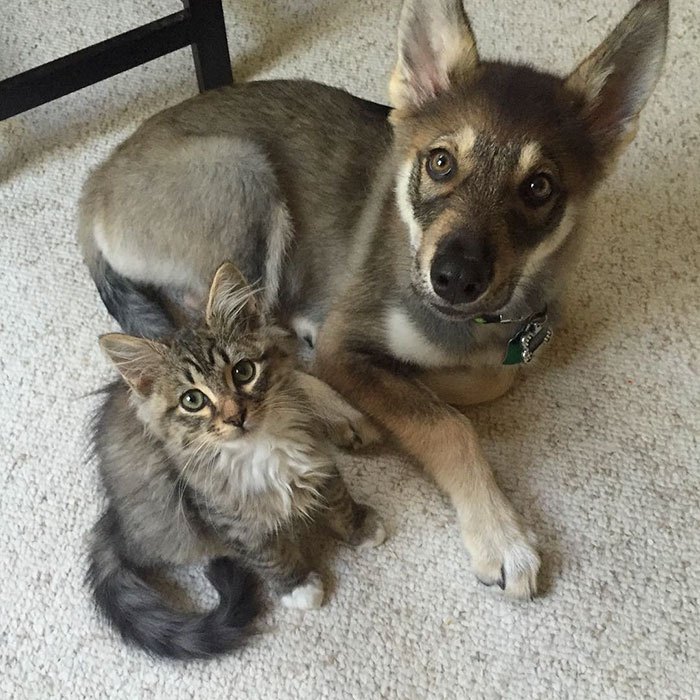 9. Even their birthdays are celebrated on the same day. 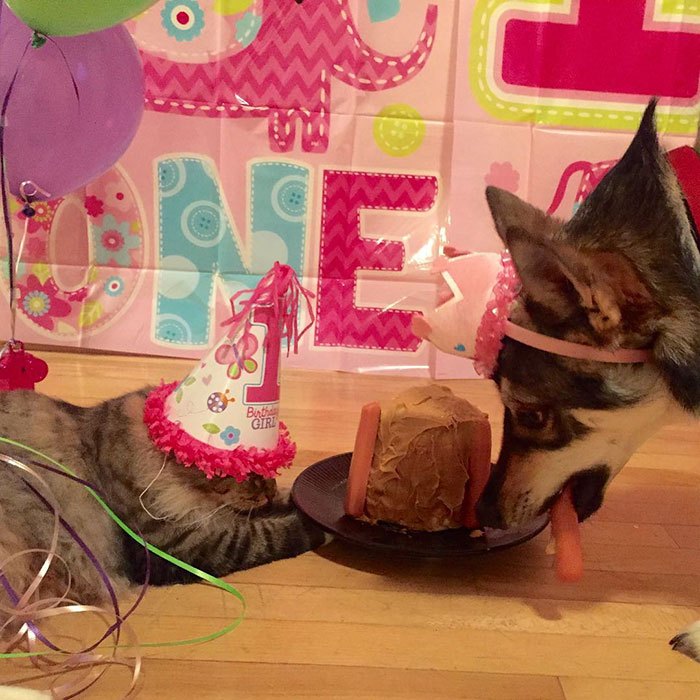 10. “Its been a goal of mine to have a dog and a cat who will grow up together.” 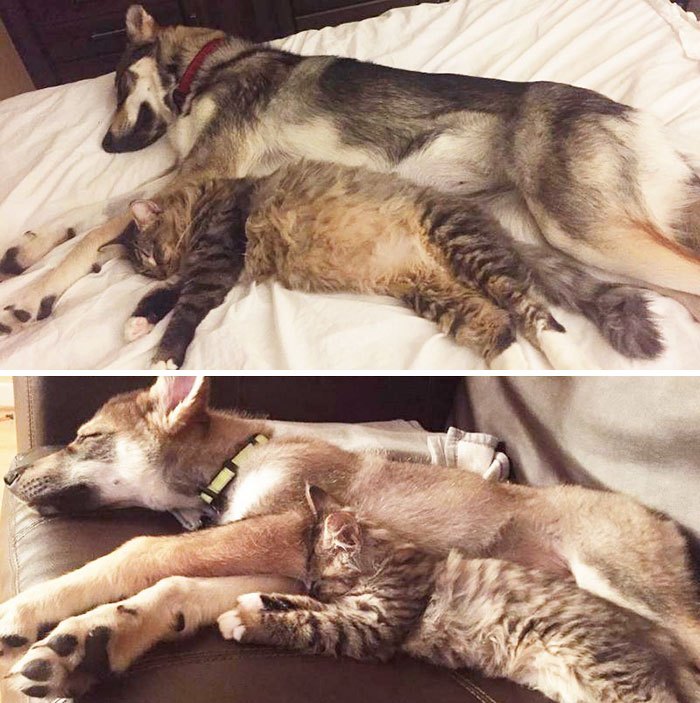 11. “They used to cuddle a lot when they were a puppy and kitten respectively, but that is no longer the case.”

12. Still they are always together. 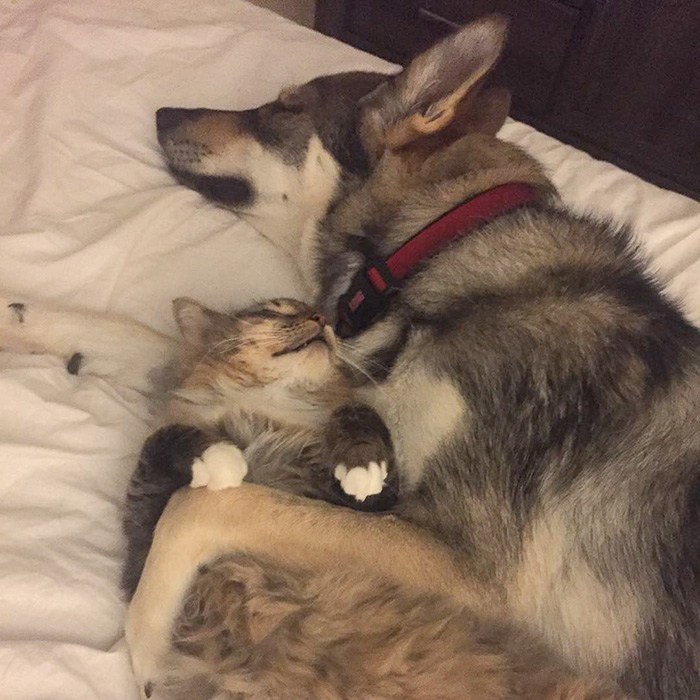