Jeff Waters, who stays in Florida, visited the Bank of America this Monday and decided to try and cash a check worth $368,000,000,000 dollars ($368 billion). The check was from U.S. Bank of Idaho and the most surprising fact is that it was issued in the 90s! Needless to say, the employees of the Jacksonville bank grew suspicious about Jeff.

Jeff told the employees that he received this check from a homeless man named Tito Watts. He spent $100 for that check, and Tito assured that in return Waters could cash this check for any amount he wanted.

Waters wanted to open an Italian restaurant and that’s why he asked for $368 billion. He said, “I am 10% Italian, hence it’s in my blood to cook Italian dishes. That is why I have always dreamt of opening one of the best Italian restaurants in the world.” 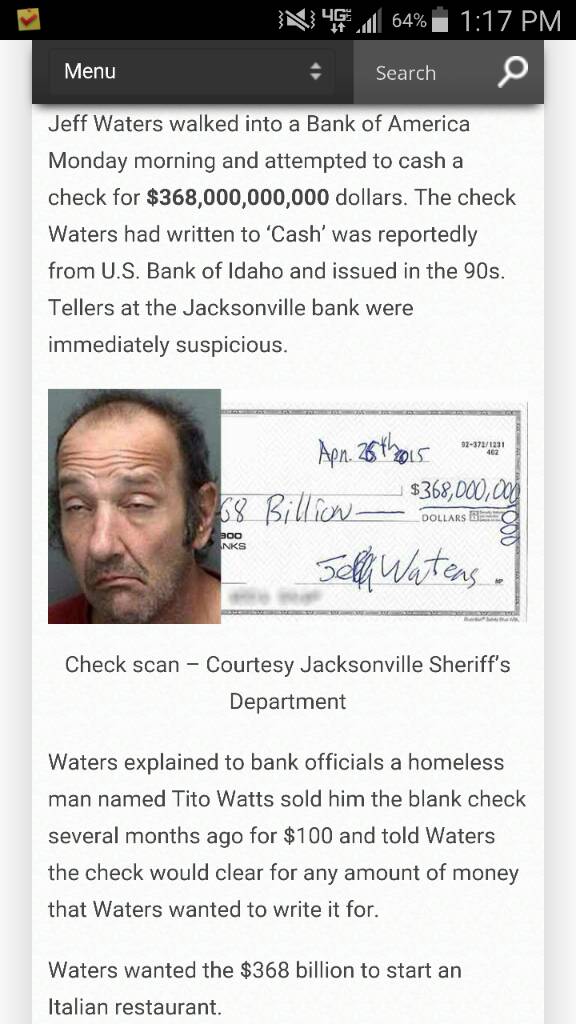 “I wanted to construct a restaurant which would cover an area of around 80 million sq. feet, so that 30 million customers can eat at once. Also, I want to build this underwater, so that people can also enjoy the view of sharks while having their food. But the bank isn’t giving me the money I deserve.” 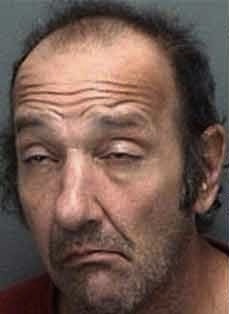 “Tito assured me that I can cash this check for any amount I want. I am completely innocent here; if you want to blame someone, blame Tito.” 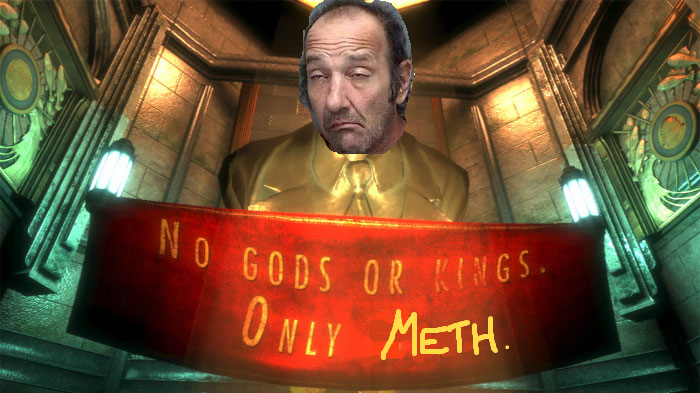 Water was not only charged with forgery but also charged for possessing bath salts and Chinese throwing stars. He had to post a bail of $23,000 before he was released.