You can find countless puzzles on the Internet, and if you are interested in them, you have probably seen a few puzzles where you are shown an image and you have to guess whether the person committed suicide or if it was a murder. Here is a similar image which shows a dead body on the floor. This has left countless people confused since nobody can understand how to solve this puzzle.

By looking at the picture, it is clear that the person has a cigarette in one hand and the stool has been turned over. He is also carrying a gun in his other hand. The books and the lamp are all placed on the counter, and there is a large splash of blood on the wall. From the initial look, it seems as if the person committed suicide with the gun in his hand. 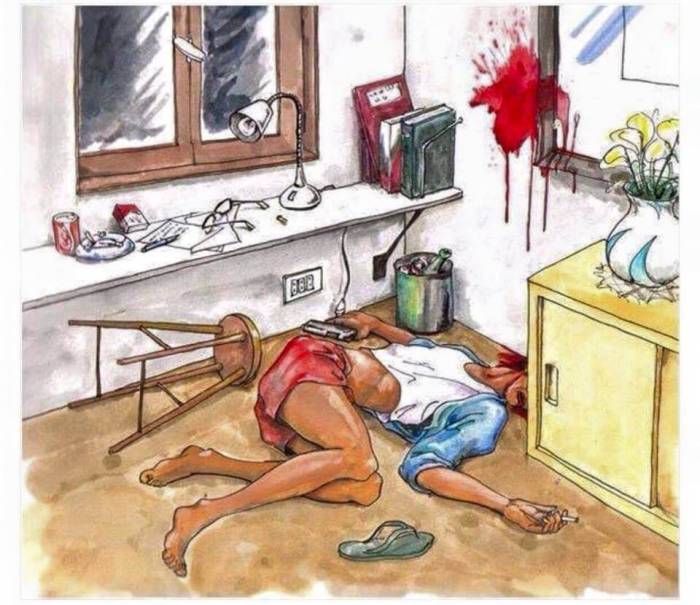 But then you would be wrong since evidence of murder is clear if you look at the picture closely. 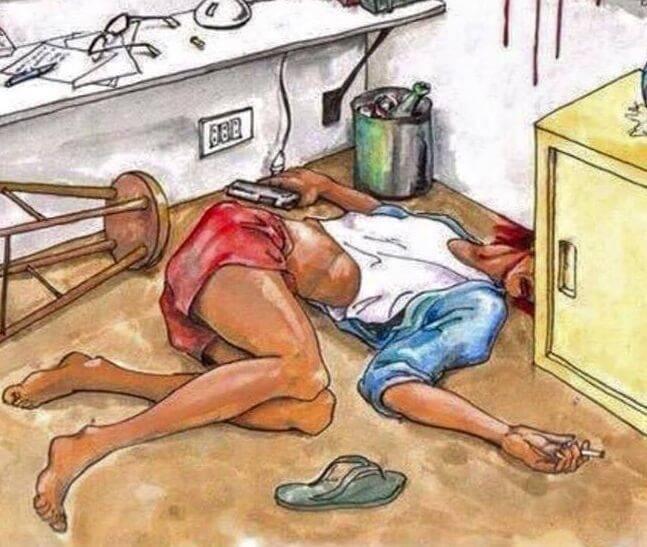 If you check the picture properly, you will notice that the person has the gun in his right hand, although he is left handed, which indicates that he didn’t pull the trigger. Also, the gun is pointing to the opposite direction of the blood. In the case of a suicide, the person wouldn’t be able to hold onto the cigarette since his body would release all tension, dropping the cigarette on the floor. Keeping in mind all these pieces of evidence, it is clear that this person was murdered and this is not a suicide case. 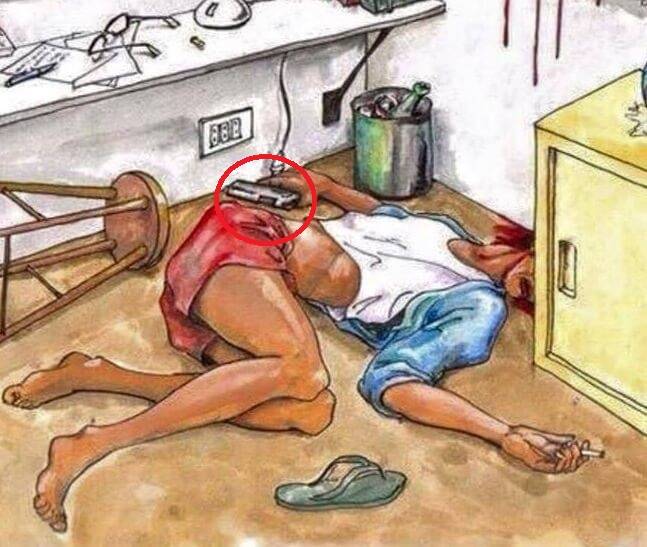