Here is something interesting and heartwarming that will surely bring out great respect for this man….a marine. This marine had an injured wrist and still it seemed nothing as such until some good Samaritans wanted to help him struggle with his pain. let’s have a look at what exactly had happened.

This is Sergeant Tim Chambers. Every year, during the Rolling Thunder parade, he stands holding his salute for more than 3 hours as veterans pass by in their motorcycles. The parade starts at the pentagon and goes until the Vietnam veterans memorial. 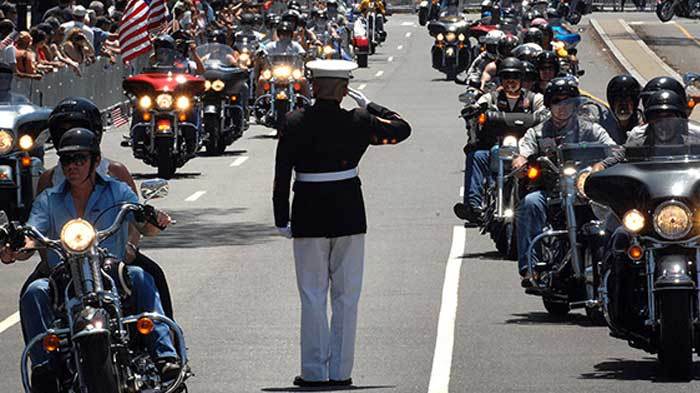 2 years back, while he was standing in this position holding his salute few biker veterans observed that he did not look good. He seemed to be in lot of pain and sweating profusely. 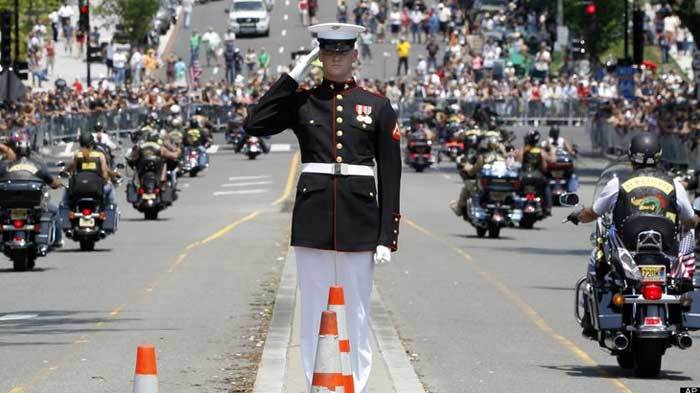 It was his broken wrist that was giving him a hell lot of pain. So, they gave him some water and aspirin to endure the pain. 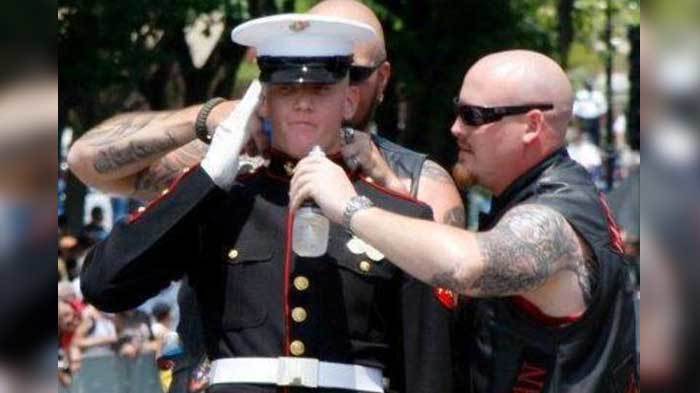 Although Sgt. Tim Chambers doe not interact with the media a lot, he is considered a hero. 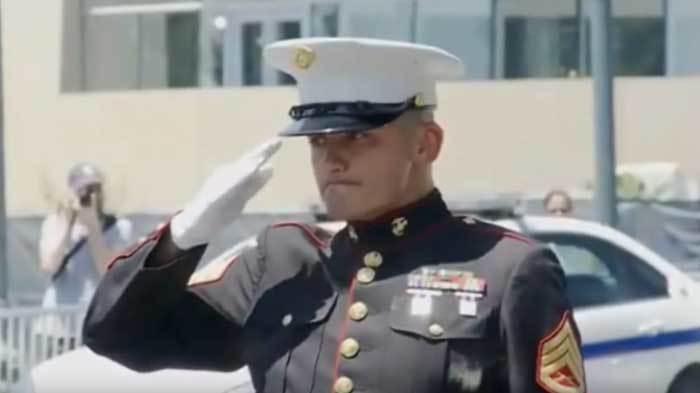