Near the Mediterranean seabed, almost 30 feet below the surface, a group of archaeologistswere looking for an ancient legend. Read on to find out what they were trying to find out, and this is going to not only blow your mind but also change the way humans perceive the ancient world. 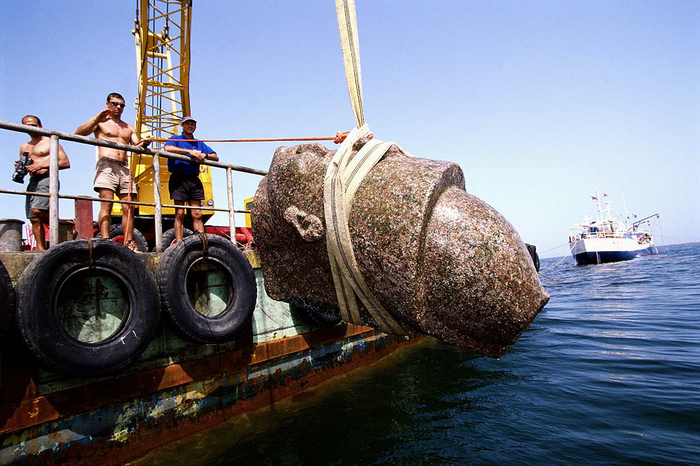 Franck Goddio, a French archaeologist, was one of the main members and his previous generations have also been involved in maritime adventures. Eric de Bisschop, his grandfather, was not only a catamaran, but also an expert on ancient South Pacific seafaring routes. 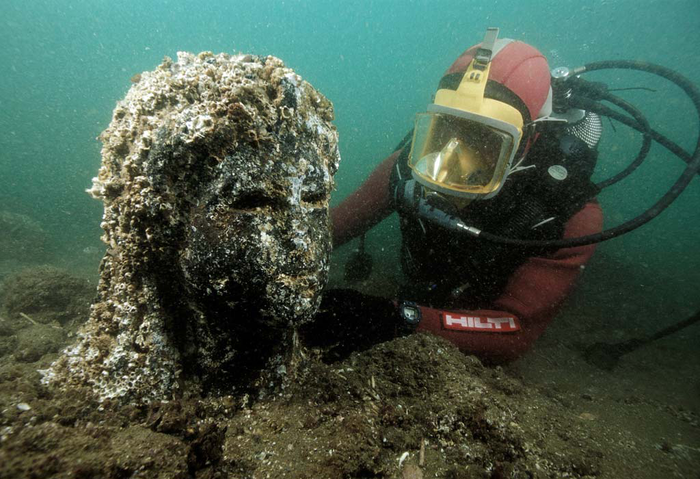 Goddio had to travel a lot since he had a job in financial counselling, but he decided to focus on underwater archaeology. He was extremely passionate about this field, and he also founded the European Institute for Underwater Archaeology (IEASM). 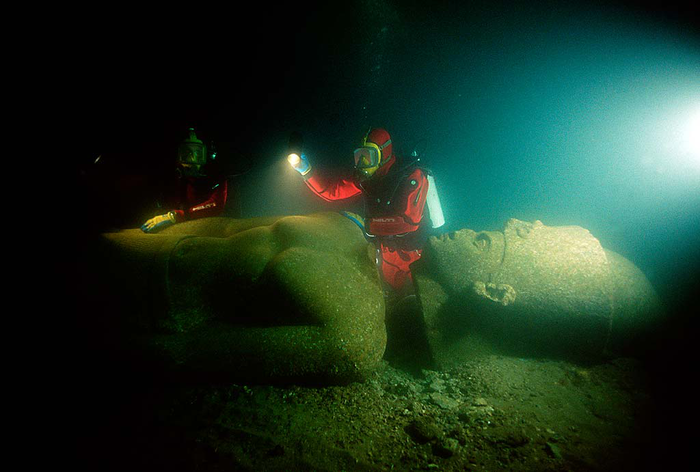 Sine he is the president of IEASM, he has led several adventures to find long lost shipwrecks. The Orient, a French gunship from the 18th century, was probably the most exciting of them since that ship used to belong to Napoleon’s army. 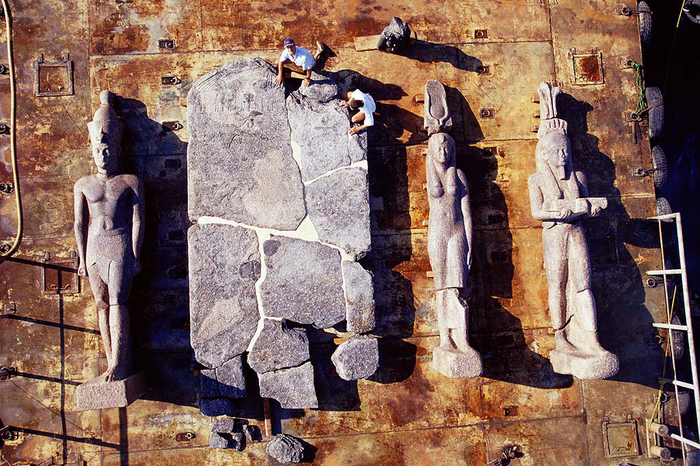 Goddio joined the Egypt’s Supreme Council of Antiquities in 1992 to form a map of a region in Abu Qir Bay, located north east of Alexandria.Eight years after that, his team discovered something mind-blowing. 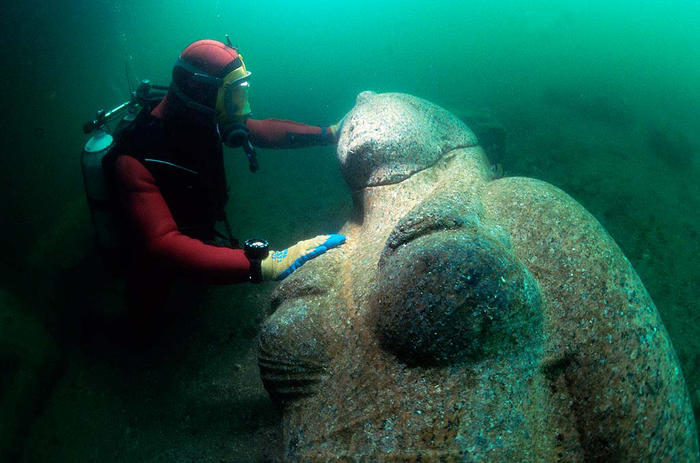 Alexandria used to the cultural capital in ancient times, and the bay’s proximity to the city made it an important area. Surprisingly, before Alexandria was founded in 331 BC, another city used to exist there dating centuries back – Heracleion. 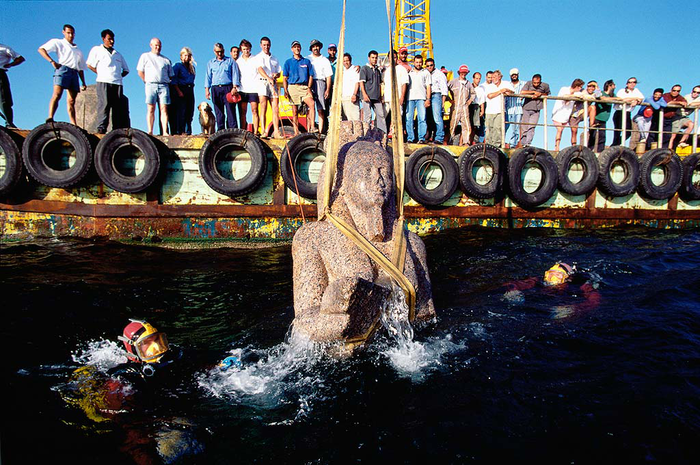 Heracleion used to be an international port of major importance. Its origin is still a mystery. It is believed that Helen of Troy came here, and Heracles, gave the city this name. 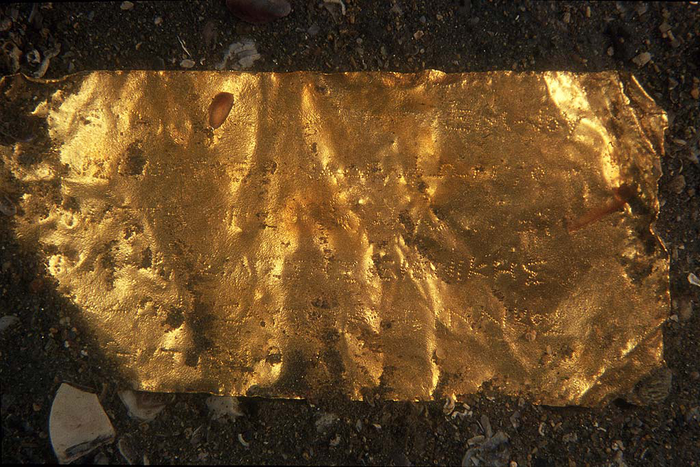 There have been several rumours about the location of the city. About 1200 years ago, the city faced a violent earthquake followed by huge tidal waves and ultimately sank into the Mediterranean Sea. Since there was no proof whether the city actually existed or not, people thought maybe the city was just a myth and nothing more. 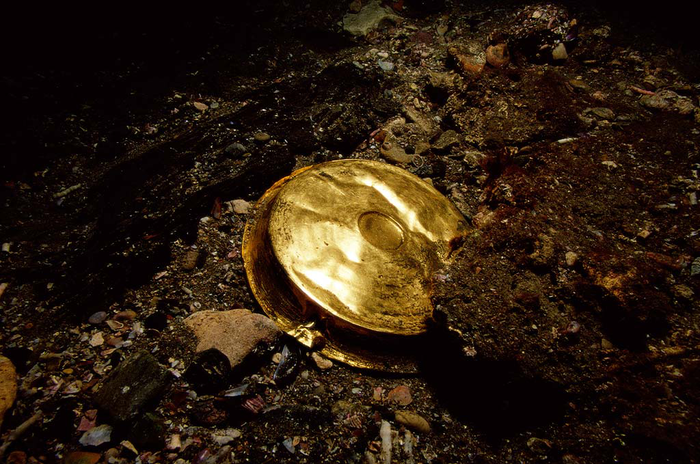 The Egyptians called the city by the name Thonis. There has been no evidence of this city whatsoever. Historians came to know about in through ancient texts and literature. Many people thought it was a myth, but Goddio knew that it was real and then he set out on a mission to find this city. 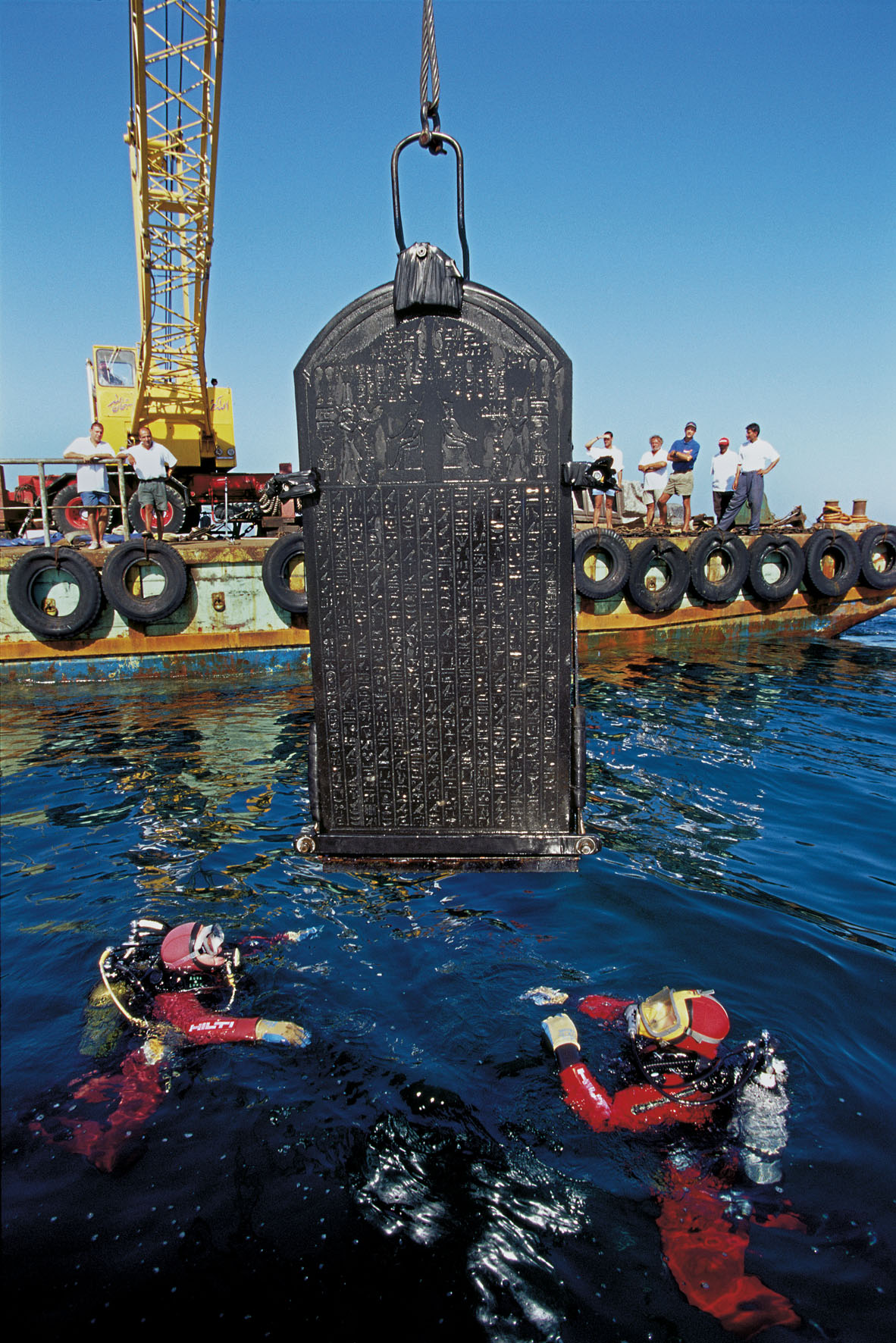 Goddio and his team found the remains of this ancient in Abu Qir Bay, spanning for 63 square miles located around 4 miles from Egypt’s modern-day coast. GPS technology, sonar equipment and magnetic imaging were used to make this discovery. 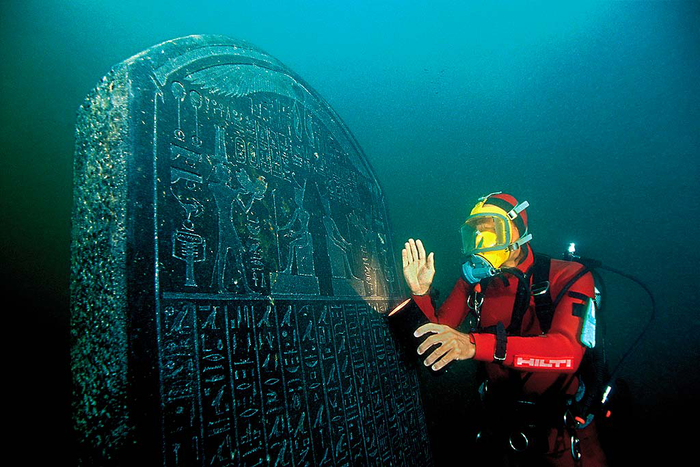 At that time, not too many remains and treasures were brought up, but divers didn’t give up – for the next 13 years, they kept on searching the remains of this sunk city. And what is surprising is that they could find the remains just 30 feet below. 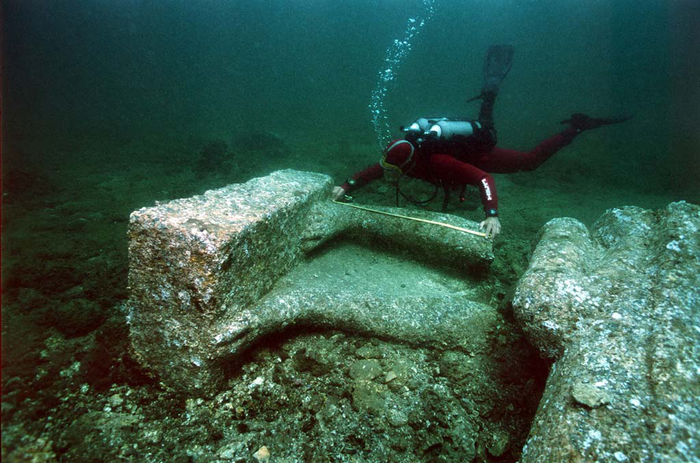 The divers were able to find coins, statues and jewellery along with 64 shipwrecks and 700 anchors, all of which prove why the city was such an important hub. 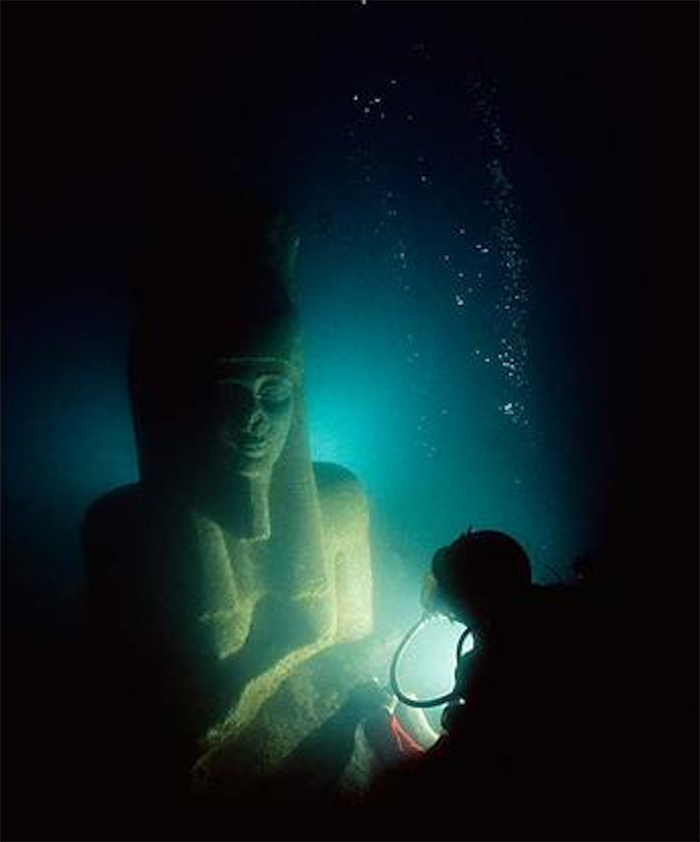 Sculptures, over 16 foot tall, along with limestone tombs, which probably contained mummified animals, were discovered as well. These proved that there might have been a civilisation in this city. 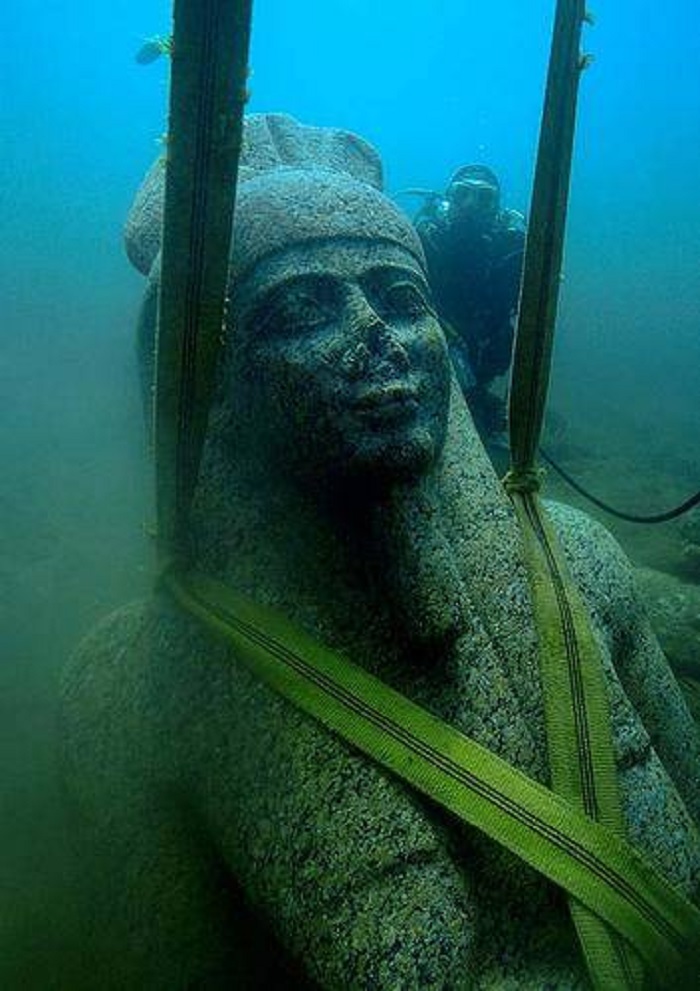 People were finally convinced that the city was not a myth, in fact it used to be a port of international importance at one point of tie. Historians were able to finally prove that Heracleion used to be an important centre of trade. 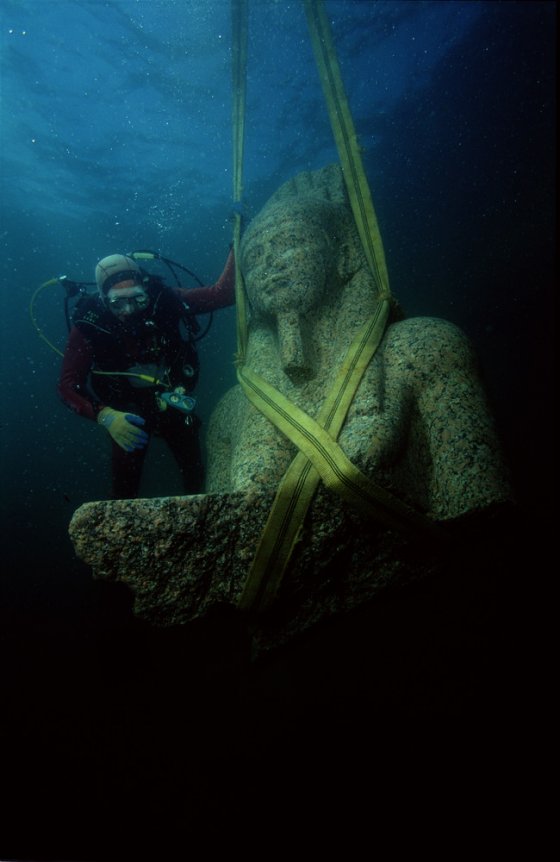 They also found out that there were several canals linked to the city, where they were able to find bronze statues as well. 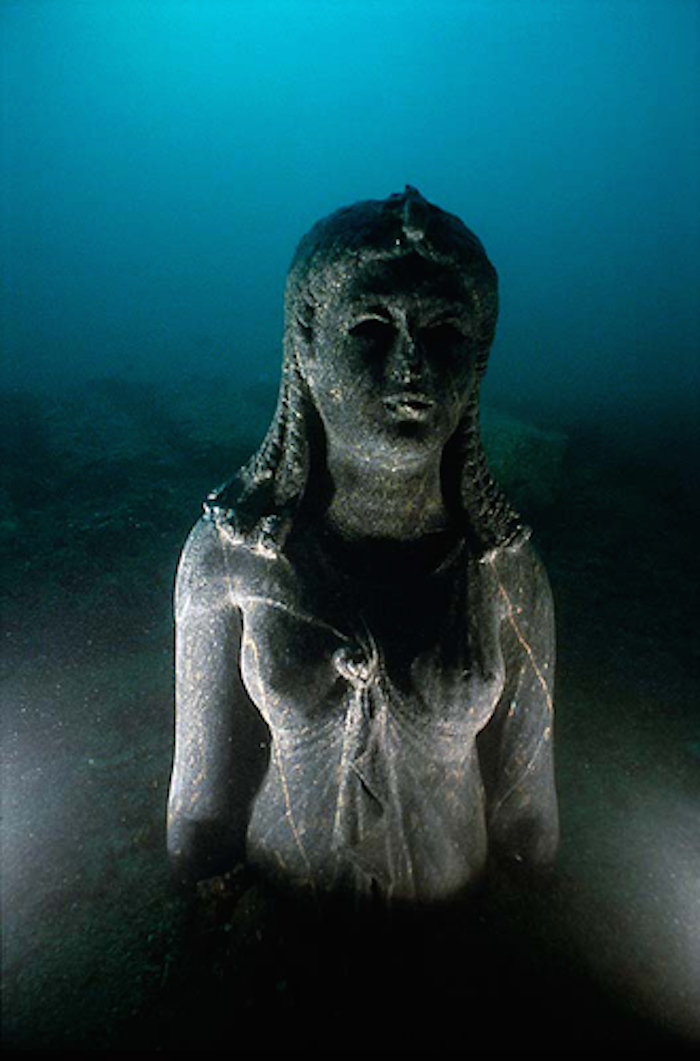 Sir Barry Cunliffe, an archaeology professor from Oxford University, had been a part of the excavation and said that he was really excited and impressed at these discoveries. What surprised him was that lying on the sea floor centuries hasn’t destroyed any artifact, they have remained intact, even after so many years. 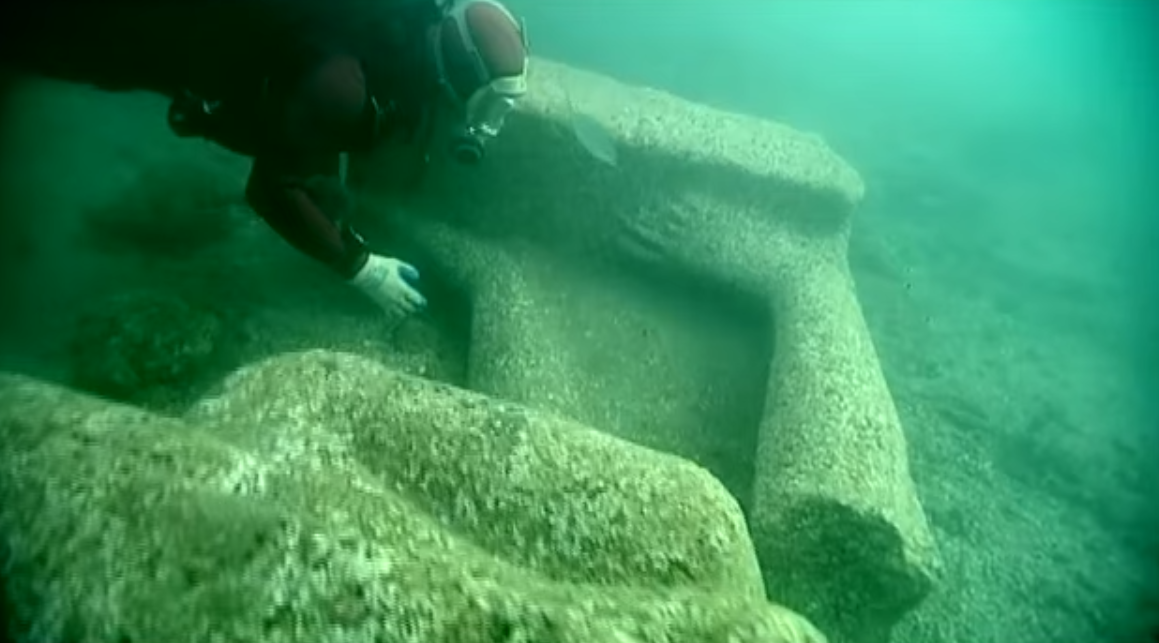 The network of canals, along with the fact that Heracleion was located at sea level, meant that any natural disasters including tidal waves could bring massive destruction. And as it turns out, those two really were the main culprits behind the demise of this ancient city. 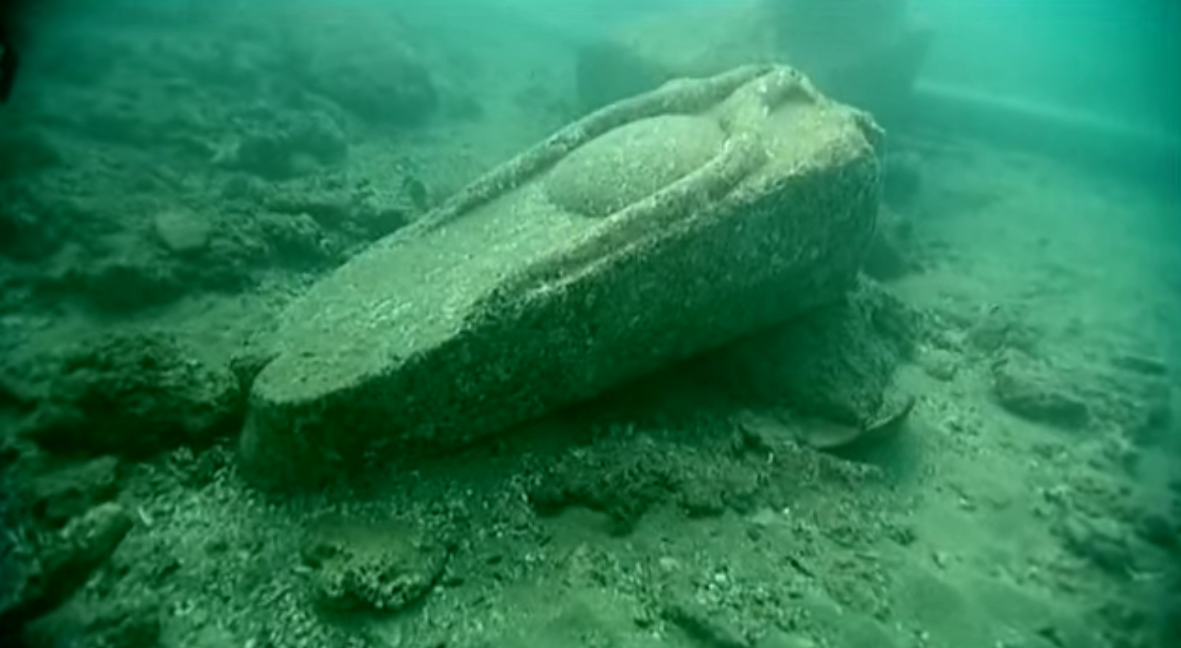 IEASM joined hands with researchers from Stanford University and the Smithsonian Institution, to find out how the rising sea levels and soil subsidence played an part in the destruction of Heracleion. But they found out that something else was responsible for the massive destruction. 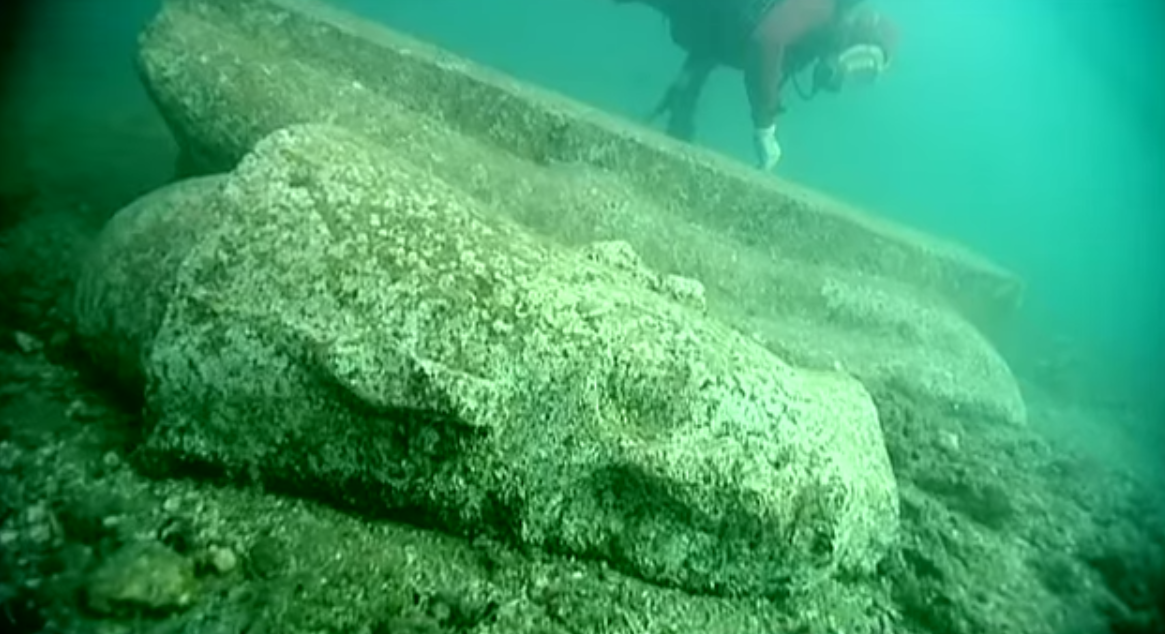 It is believed that a huge earthquake along with massive tidal waves resulted in the extermination of the population of Heracleion. The fact that the city was gradually sinking contributed as well. 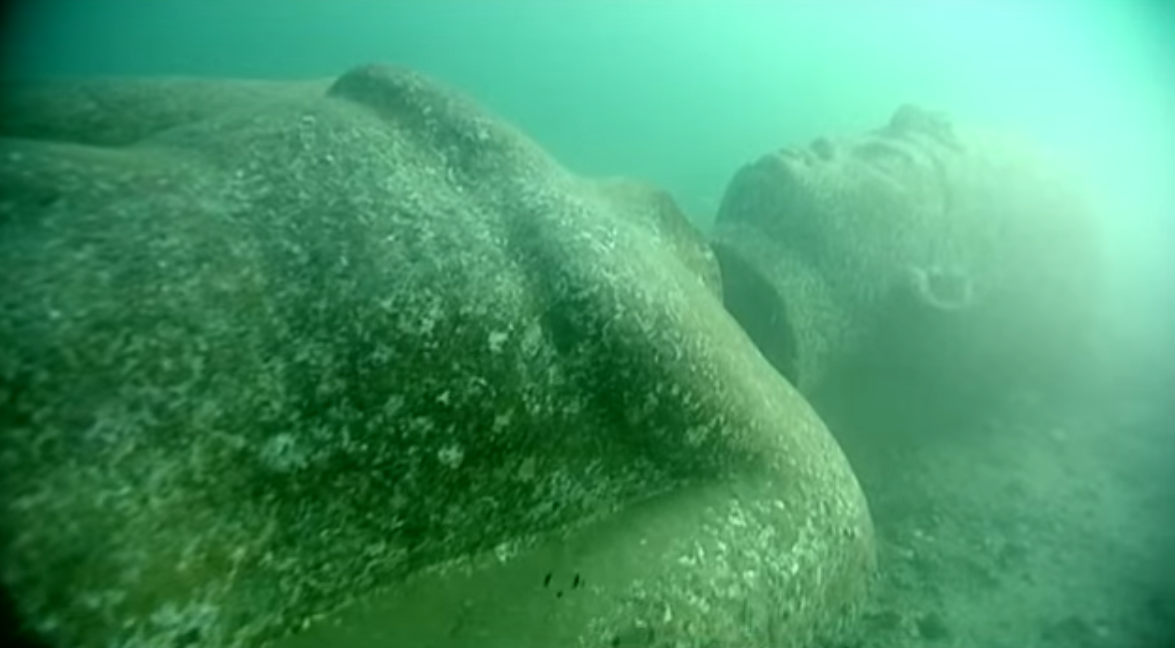 Some of the treasures that were found from the ruins of Heracleion were put on display in May, 2016 atthe British Museum in London.After working for more than twenty years, that exhibition, which was known as “Sunken Cities”, was the best gift Goddio and his team could get. 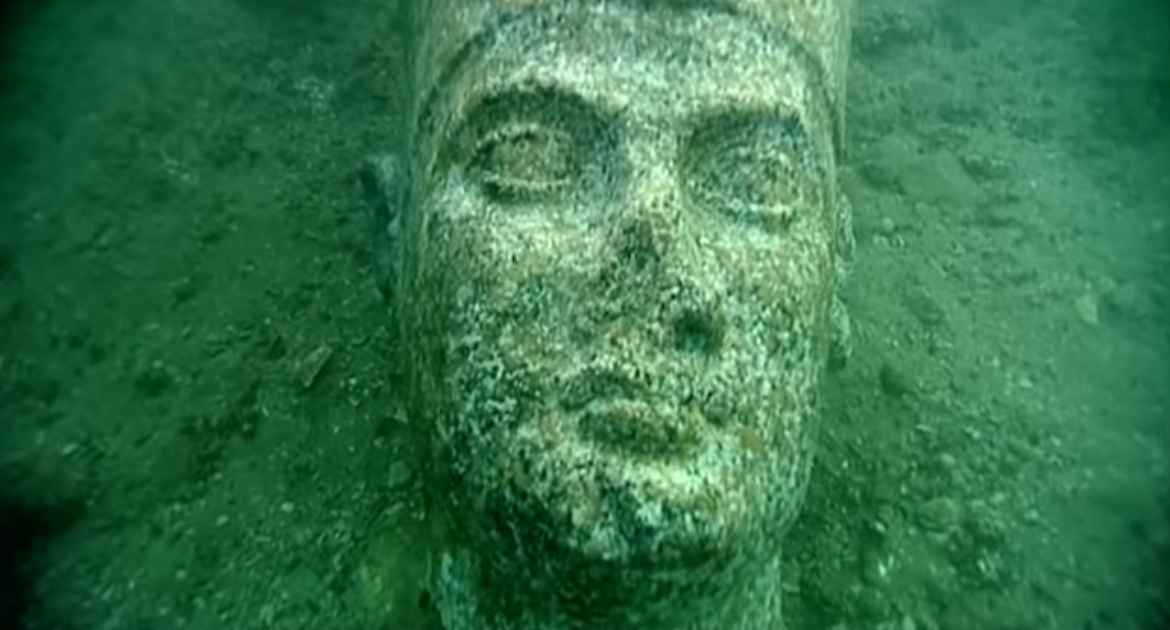