Freaking out your boyfriend is probably one of the easiest yet satisfying things in this world. You want to try that, but don’t know how? Well, then you should know that the word “marriage” can really make them nervous. They start thinking about all sorts of possible scenarios. The age doesn’t matter;every man will get scared while talking about marriage.

13 women decided to play a prank on their partners by sending them a picture of themselves in a wedding dress. Their reactions are epic, and so hilarious that you will keep on laughing.

Take a look at them below.

Brain messaged her, “So no need to buy a ring now?”, after Courtney said that it was simply a prank. 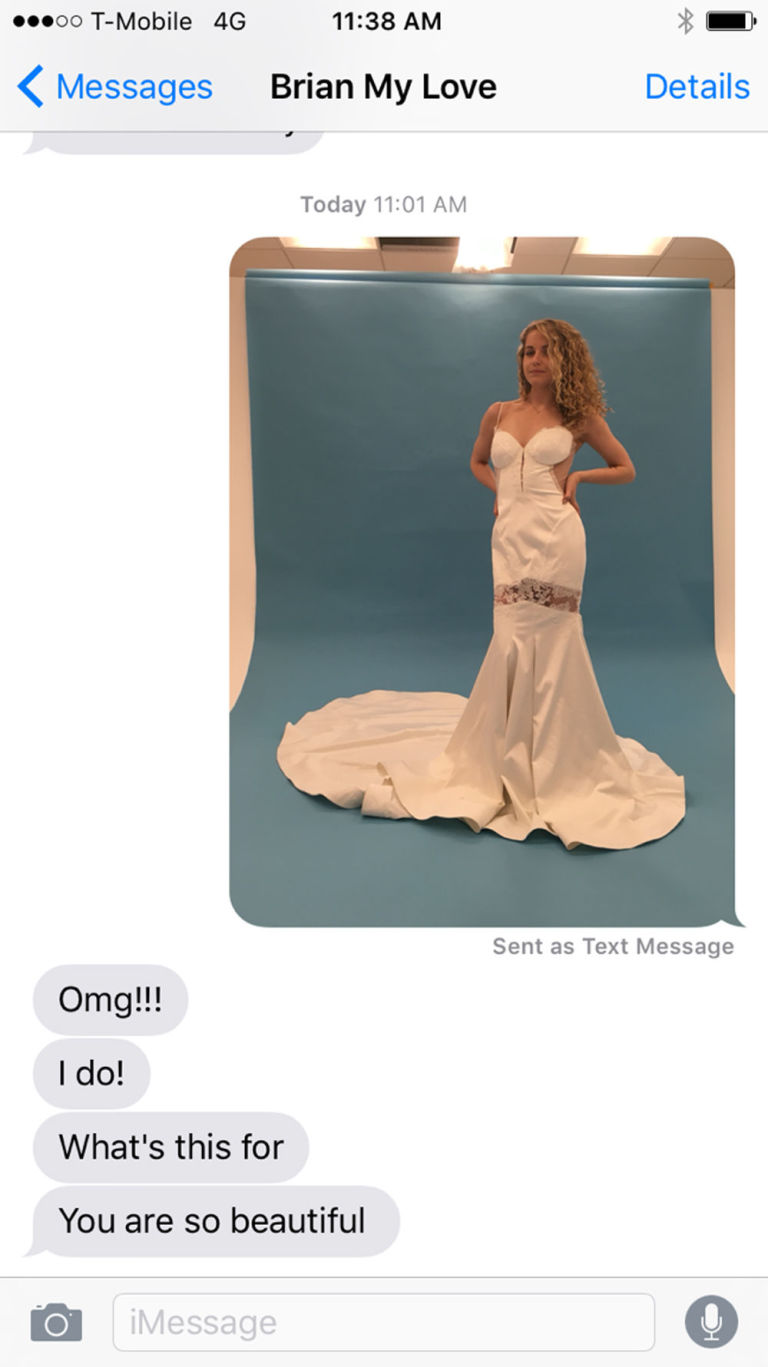 Marcy couldn’t hold on to the prank for long and apologised to his boyfriend Matt for tricking him. He replied that its fine and he didn’t understand whether he was supposed to freak out or not. 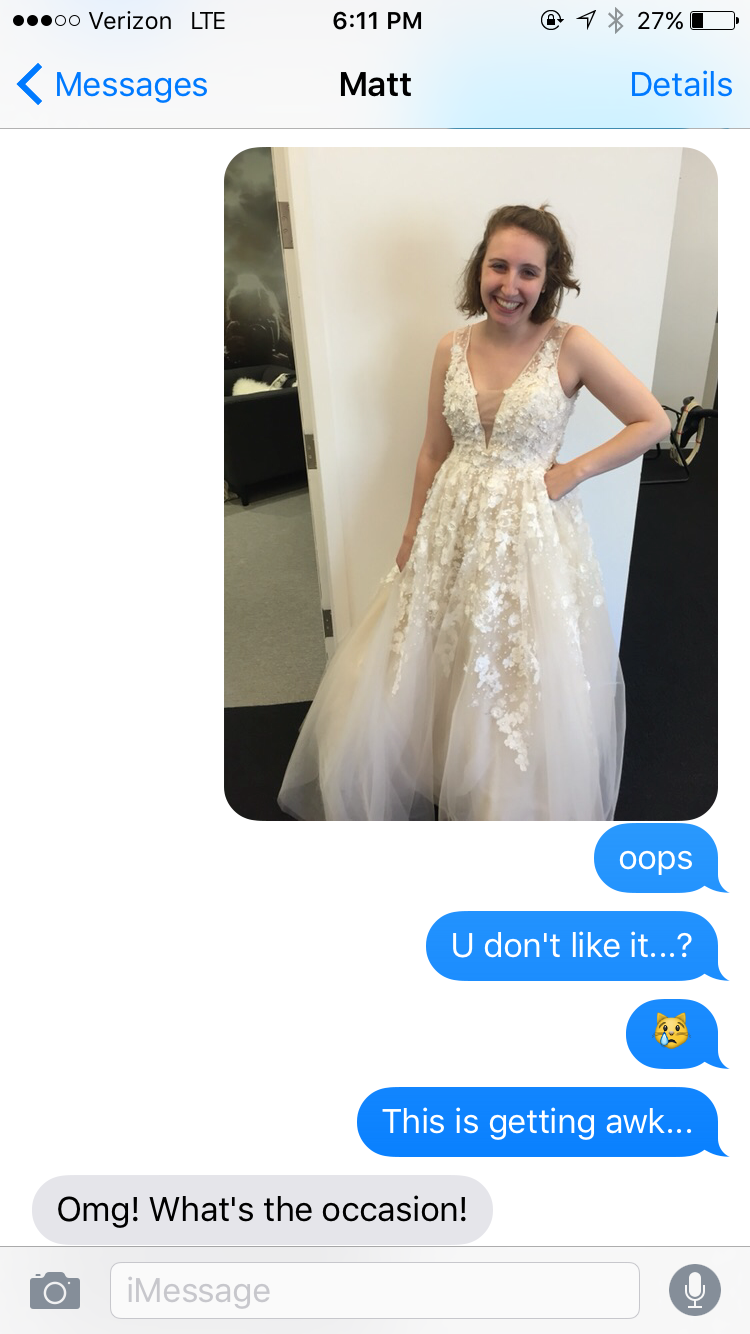 Jesse actually didn’t know it was a wedding dress till Ali told him. Ali said that Jesse thought she was going to wear it for a college reunion or for her sister’s wedding.

Eliza felt rather guilty since she though Sam was probably anxious. Her suspicions that he would be pissed turned out to be true, when he sent her a response in just one word. 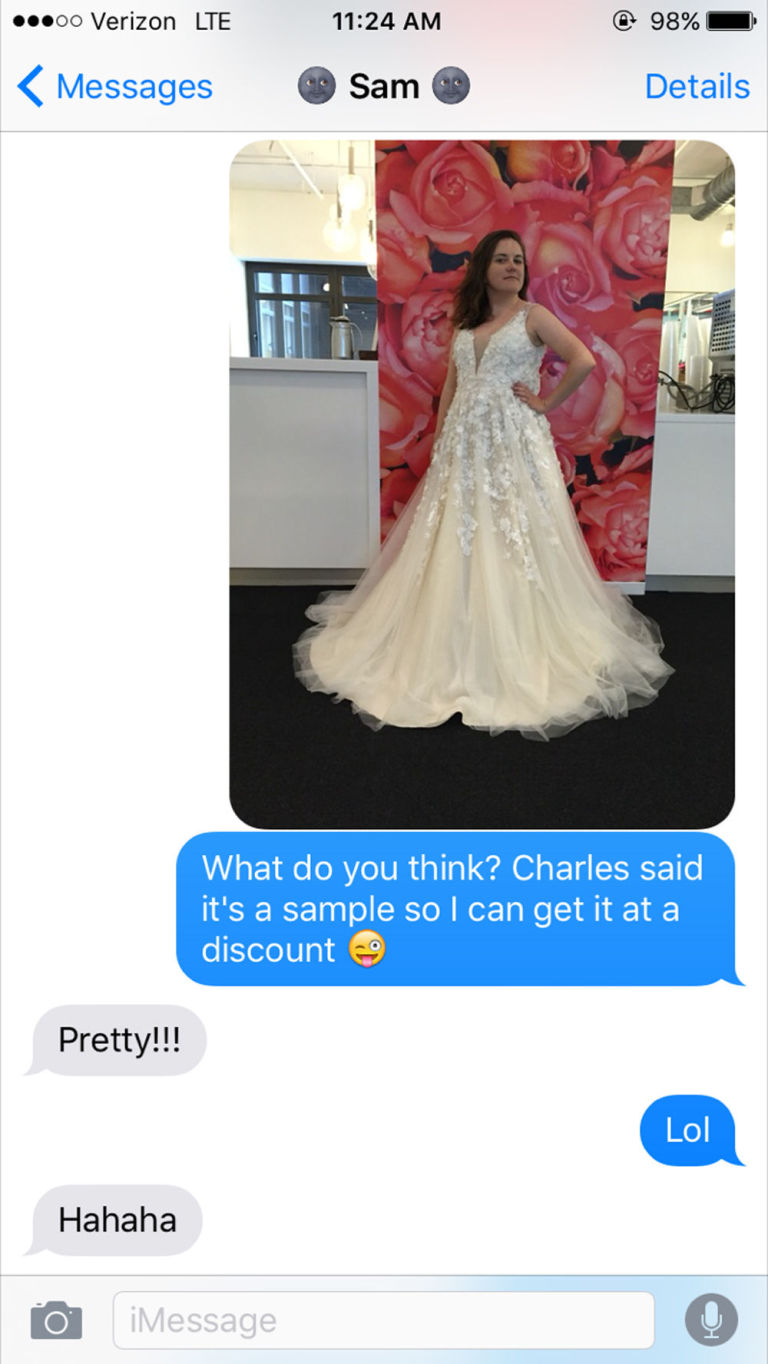 Chelsea didn’t continue the prank for long. Mitchell had a good laugh, and pulled the same prank on his friends at night during dinner.

Jada said that he was quite busy at work, so he didn’t even notice it was a wedding dress. Later when she told him, he said, “Oh right! Ok I am busy now. Bye!”

Clara told him that it was a prank and he moved on after saying, “Figures”. 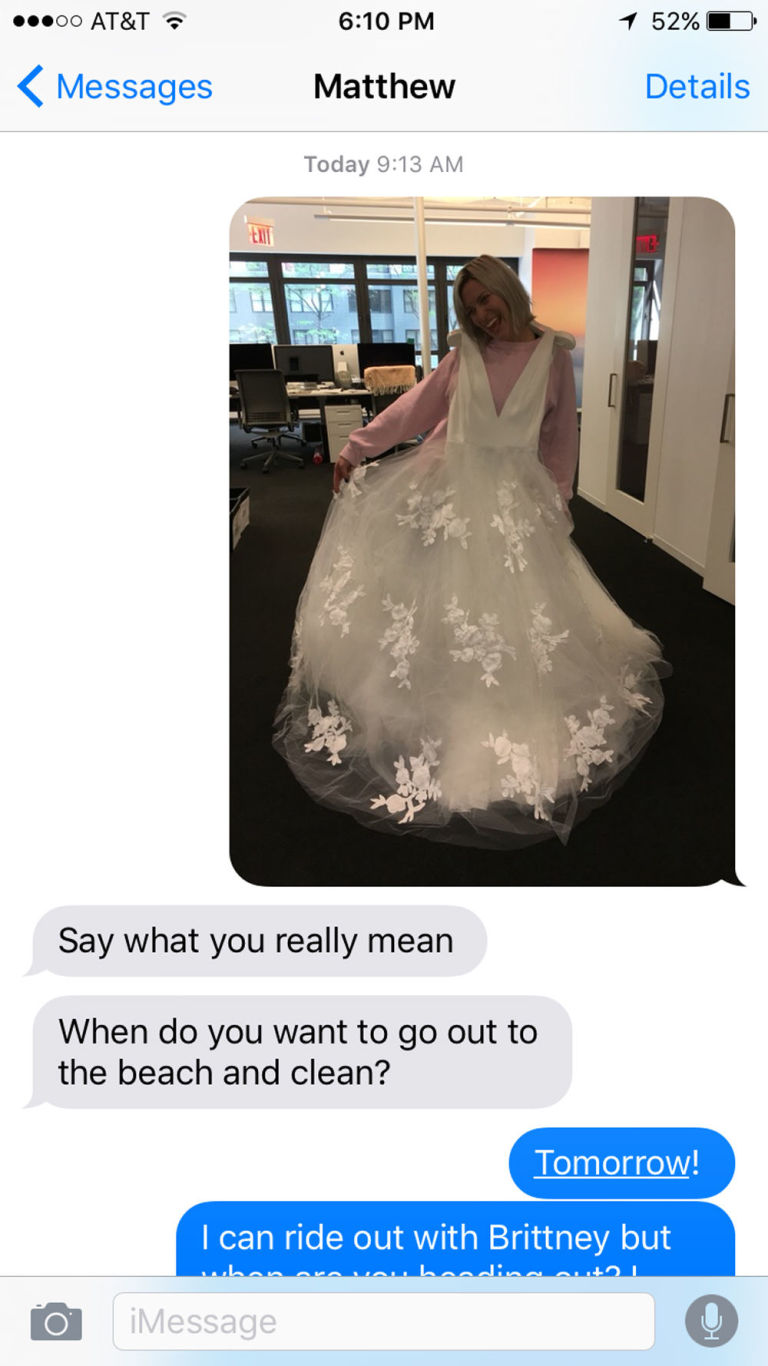 Emily said, “When I saw him at night again, he asked me about that and complimented me on my appearance in that wedding dress. Then he asked me what I was shooting for. Yeah my job is a bit weird.” 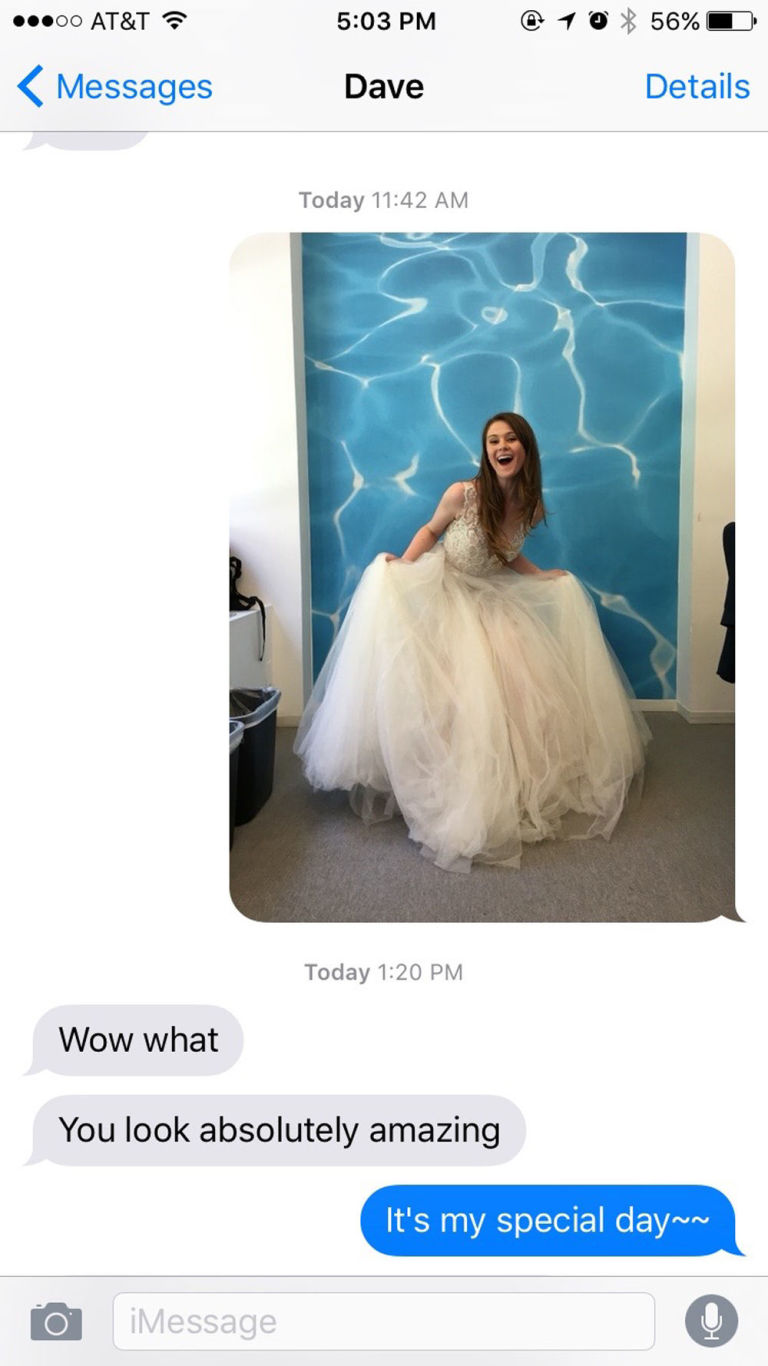 Danielle said that since Nick wasn’t scared by her braces when they met at first, she was sure that he wouldn’t get scared when he saw her in that dress.When Nick was told that this was just a prank, he didn’t react at all. 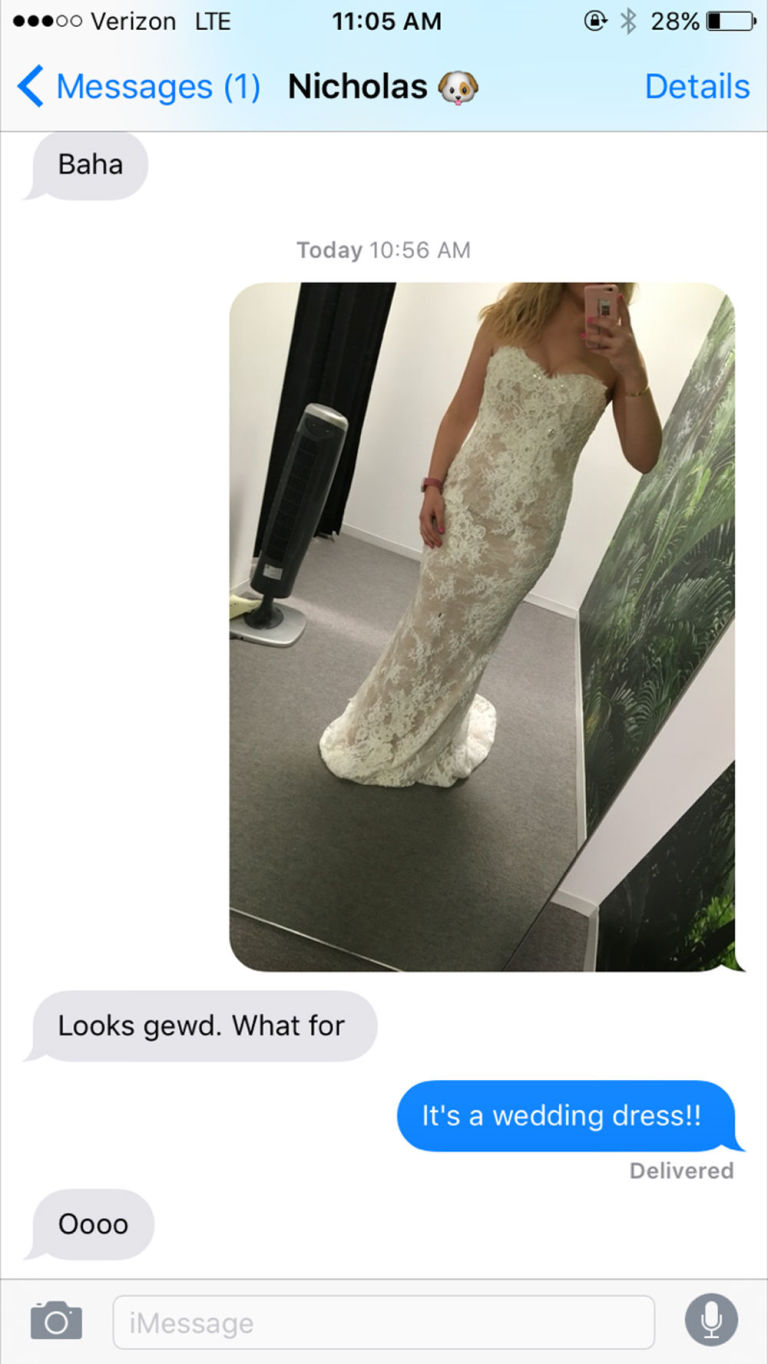 Brooke said, “He complimented on my appearance, which made me feel guilty, so I told him it was for work.” He didn’t mind and said he should have thought of that earlier.

Caitlyn sent him a picture of her in a Disney princess-type wedding dress, he replied that she was looking beautiful and how was her work. While he is cute at times, Caitlyn definitely enjoys pranking him. 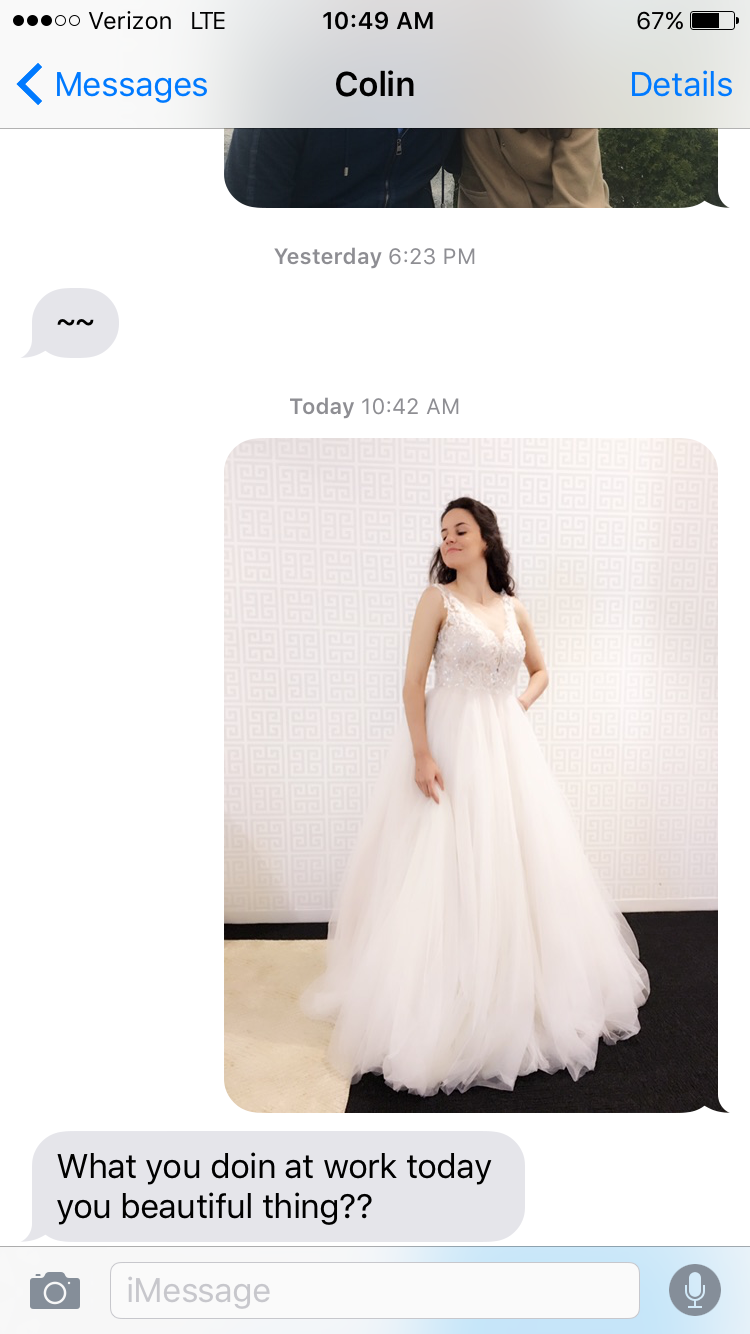 Julia said that she was about to message him, when he called her and then she had to reveal that it was just a prank and nothing else. 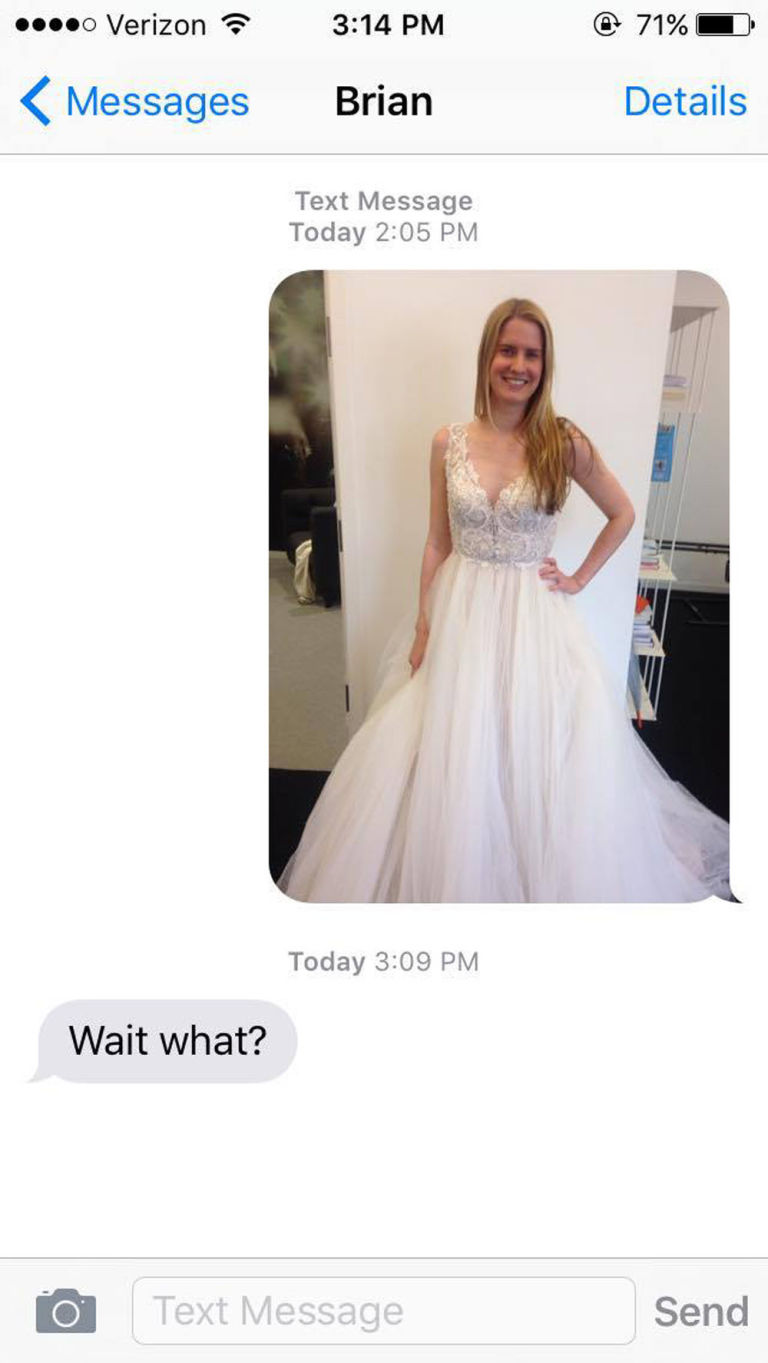 Clayton actually felt silly when Dominique revealed the prank. He messaged her “Really? Now the whole world will think of me as an idiot.”