Pimples are a huge problem, especially for those people who can’t leave it alone and constantly keep on touching it or even worse trying to push it hard to remove it. It’s a habit – they can’t stop even when they find that their action is actually worsening the situation, making the skin red and sore.

Finally, an expert dermatologist has revealed the best way to attack the pimples, and claims that this method is safe and won’t cause any damage to the skin.

Dr. Mehmet Oz commented on the Oprah Winfrey show that according to recent statistics, 20% people have an obsession of constantly touching their pimples, which is absolutely wrong.

Squeezing a pimple will macerate it so its advised not to do so, according to the doctor. 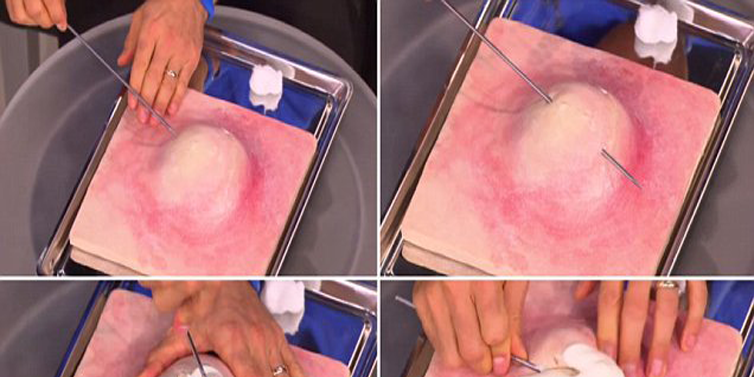 Dr. Oz also said that the general technique that is most popular among us is pressing the skin around that pimple, which does nothing to get rid of the purple and actually make the condition worse. The best technique requires a needle which has been properly sanitised using alcohol.

Dr. Oz also said, “Pressing the skin around the pimple is the most adopted technique, however people will be surprised to know that they are actually damaging the skin even more. The healthy cells around that pimple are also damaged by the pressure applied. Pimple is actually a method by which the human body tries to get rid of the pus. The proper technique to get rid of it is not by pushing the healthy skin around it, but by using a needle which has been properly sanitised using alcohol.” 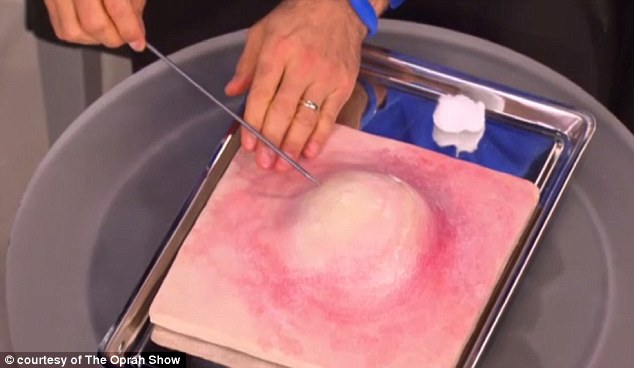 Dr. Oz added that one should be careful not to directly stick the needle in, instead the needle must be help parallel to the skin and then slowly you need to pierce the skin.

Dr. Oz added, “Never push the needle in with force, which is usually what most people do. The important part is to position the needle parallel to the skin, as if you are about to skew something and then slowly pierce the skin.Try to hit the white part since that part consists of only dead cells. Since it is already dead, you won’t feel any pain nor any feeling when the needle touches that part. Hitting the needle from the front will result in you touching cells which are alive and that will cause pain. The parallel technique is also safe, since none of the healthy skin will be damaged. ” 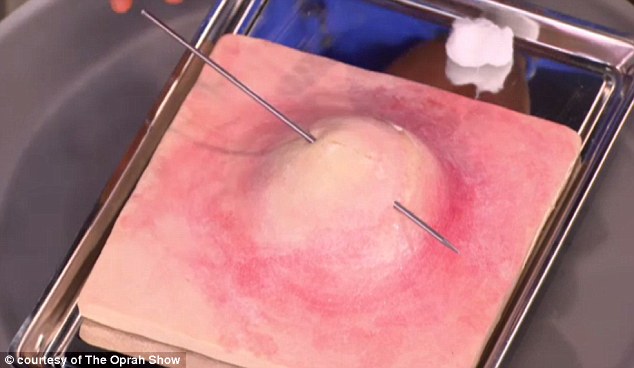 Hitting the white portion of the pimple is crucial since that is the only part which won’t hurt even if you touch it since the cells in that region are already dead.

An experiment was conducted last year which shed some light on the important question – why are spots present on some people more than others? The answer lies in the bacteria on our skin which is responsible for acne, according to the researchers at UCLA. There are certain “bad” and “good” strains in the bacteria – the former will lead to pimples while the latter will protect the skin. 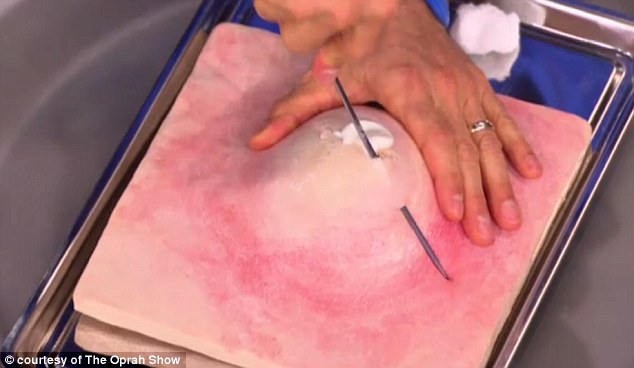 Hitting the skin parallelly with the needle is important since it reduces chances of any damage to the surrounding healthy skin. Hit it from the front, and you are guaranteed to touch cells which are alive, which will definitely cause pain.

Presence of “bad” bacteria causes pimples. This is analogous to the fact that there are “good” and “bad” bacteria in our stomachs which can either help in digestion or cause digestive problems. However, researchers still have no idea as to why these bacteria are present in some people more than others. Also, we still don’t know whether the acne comes first or the bacteria. The researchers added that the person’s genes and the immune system can also decide which strain of bacteria will the majority on the skin. 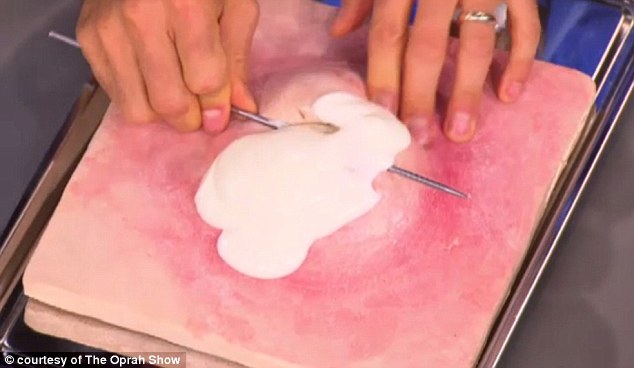