Everyone has heard stories about spiders in Australia. The big island has some horrific 8 legged freaks that haunt your nightmares. There is even a breed of spiders that is the size of a dinner plate! A spider that can it at the bottom of a swimming pool full of water! It seems the spiders there will take over the world! But here is another story to add to the list – a spider that eats a snake?!

A Couple in New South Wales, Australia actually encountered spider in their garage who managed to capture a snake! The spider is a female redback spider that literally caught the deadly brown snake and then liquefied it and then essentially ate it. 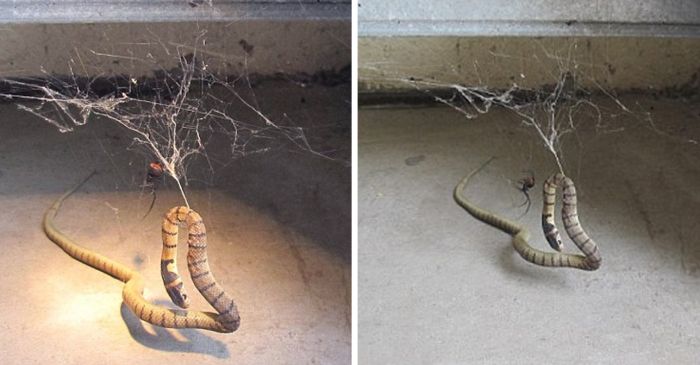 The couple say they get many snakes and spiders on their property so they aren’t scared of the critters. They also say that this phenomenon that they had filmed is something they have never seen. So that should put many readers at ease. 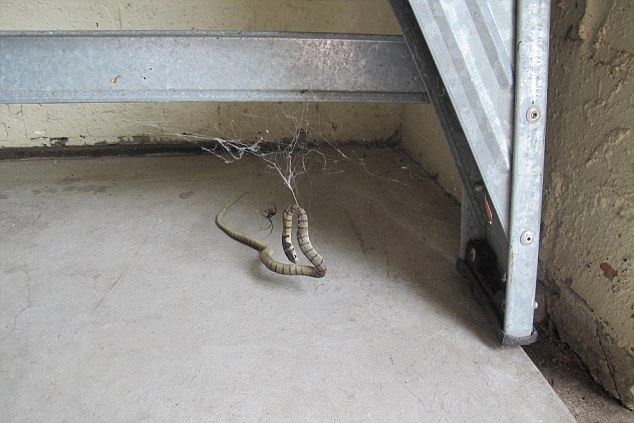 Paul and Bernadette may say that this is a rare thing, but the fact of the matter Is that snakes versus Spiders type battles are more common than most people think. As an example, just three weeks ago, a woman named Jamii-Leigh Marwick posted a film of her own garage with a snake twisting in a redback’s web.

The Daily Mail was told that redbacks are ‘very good web throwers, like Spider-Man’ to target and trap their prey’ by Craig Adams who is a snake and spider safety expert. He explains that it is possible for a spider to beat a snake In a fight by piercing the snakes skin so that its venom can begin liquefying the insides of the snake and then drink the juices like a vampire. Fascinating stuff. 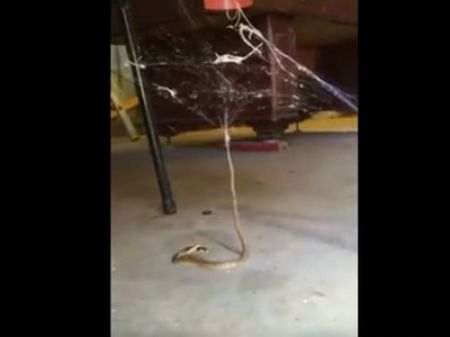