No matter what decision you take people will always offer their opinion about that matter – that’s just the natural habit of human beings. However, what makes them worse is the fact that these ideas aren’t useful in most cases, in fact, they just confuse the end user even more. Nowadays, people share everything about their lives on social media, and needless to say, they get hundreds if not thousands of comments and opinions on that matter. In most cases, people are usually polite and provide positive feedback, but that is unfortunately not the case for the Pedersens. Her “friends” tried to criticize her life choices, but she came back with a quick reply.

1. The Pedersens Have Fallen In Love

We often try to follow the lifestyles of our favorite celebrities. These celebrities try to show to the outside world that their lives are perfect, and they express their affection to each other by offering expensive gifts to each other. However, on an average, the celebrity marriages usually last for a year. This shouldn’t be followed in real life – and that is what the Pedersens are showing. They are happy with each other, and I believe that their marriage will last a lifetime.

The Pedersens haven’t been dating for a long time, but they felt that they are perfect for each other and so they decided to marry each other. However, since there was so little time left before marriage, Rachel’s husband could only buy her a custom sapphire engagement ring, but still, that ring showed how much he loved her.

This is what Rachel had to say on Facebook when her friends and family commented that she needs to get it “upgraded” in future. In fact, one person even came up with an astonishing idea of wearing a bigger ring in parties and various functions so that people won’t realize that they aren’t that successful. Rachel said that this ring isn’t a measure of success, so people should stop thinking about it in this way. She was awestruck knowing that the size of the ring denotes how successful you are in your life. She believes that the ring represents something much greater. 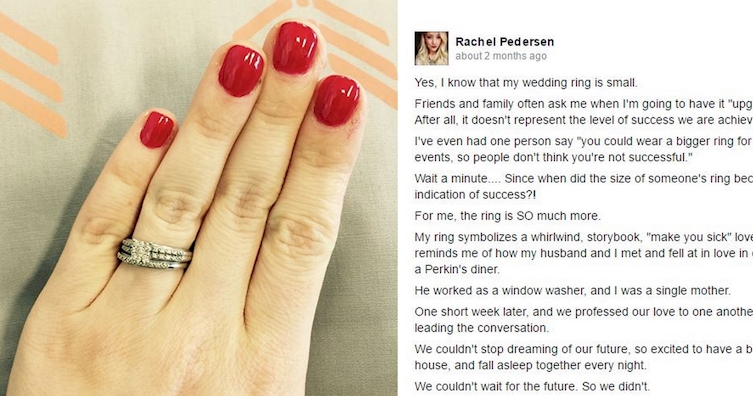 2. The Thought Is The Most Important Thing

This post makes it clear that these so-called “friends” and followers of Rachel only interacted with her on Facebook because they thought that she was more successful than them. Once they realized that maybe that is not the case, they started criticizing her. The other photos that Rachel posted of her and her husband together clearly portrays the immense love both of them have for each other.  The size of the ring should never matter in a marriage, it’s the love that counts. Rachel gave all her friends and followers the perfect reply. 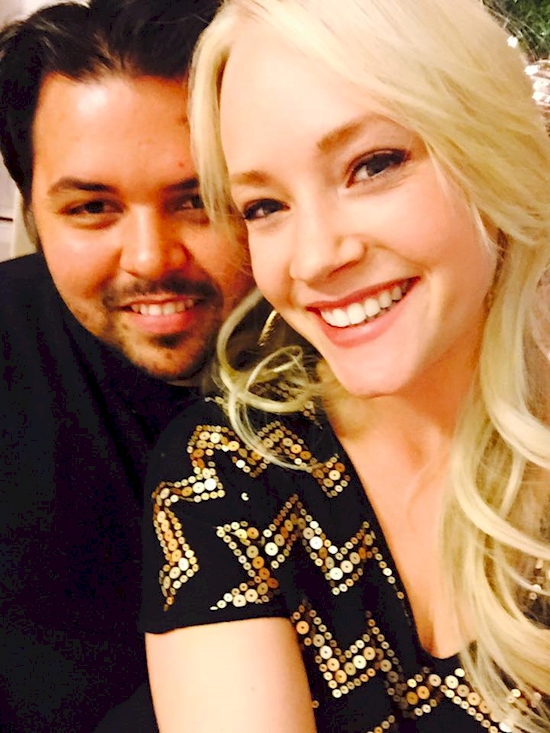 According to her, this ring denotes the love story between her and her husband. The ring reminds her of the first day she met her husband – they met for the first time at a Perkin’s diner. Rachel was a mother of one, while her husband used to work as a window washer. After a week, he proposed to her, and since then they have never looked back. They are planning their future – buying a beautiful house, having a baby. They didn’t want to wait for any more, so just after  13 days, they married. Her husband used up all his savings to buy that ring. To her, that ring is a gesture of love that her husband has for her. And that according to her, is how one becomes successful in life. 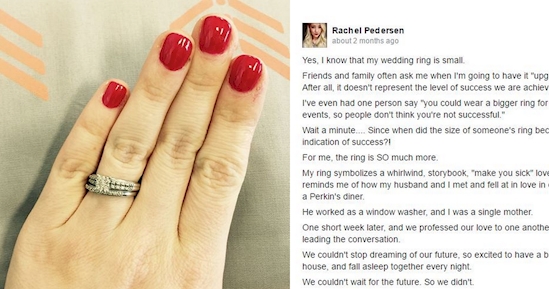