#1 In the past, city authorities have assured outsiders that dogs and cats were only killed for their meat during their annual dog meat festival.

But new evidence from the Humane Society International (HSI) suggests that these animals are being slaughtered daily, year round. 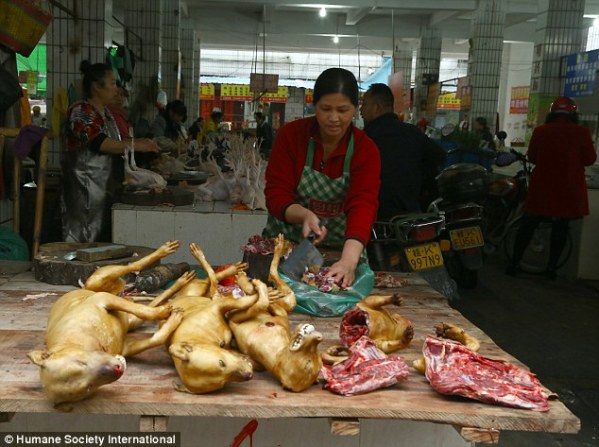 #2 10,000 dogs are killed for the annual dog meat festival in the course of just a few days.

Cats are killed as well. Here, cats are shown being dipped in a chemical solution that will make removing the skin easier. 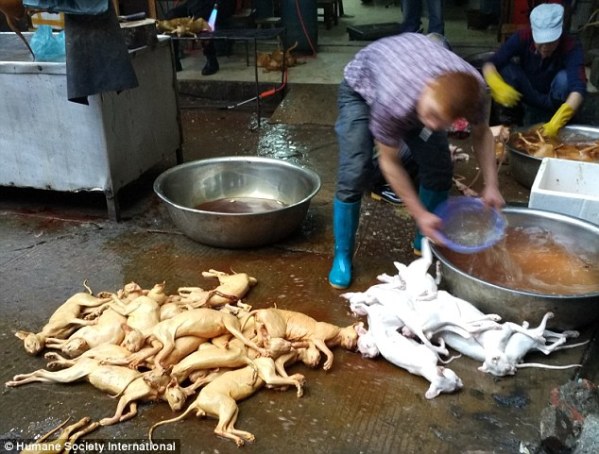 #3 HSI arrived in Yulin before the festival to visit three dog and cat slaughterhouses.

HSI wanted to give Yulin slaughterhouses a surprise visit in order to learn what was really happening. 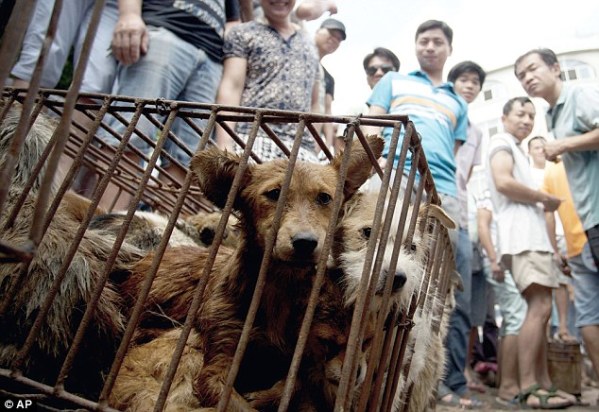 #4 HSI learned from their visit that the dog meat trade is still thriving.

Dr. Li, China’s HSI policy specialist was very shaken by what he saw happening in Yulin. 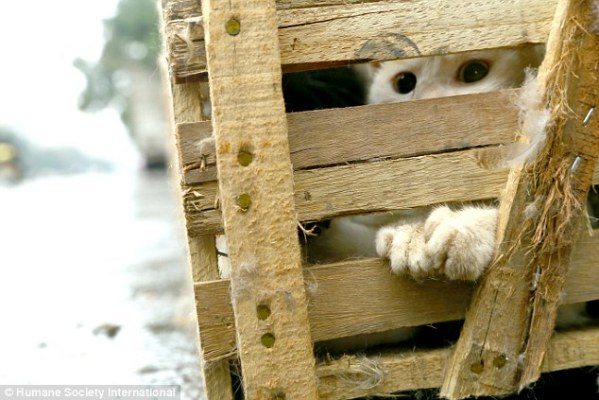 #5 “This was one of the most harrowing visits I’ve ever made to Yulin,” said Dr Li.

“The dogs and cats I saw were visibly traumatized, their spirits broken from their terrifying ordeal. It’s hard to imagine their mental suffering, watching other dogs being killed, disemboweled and dismembered in front of them. It was like a scene from a nightmare that will haunt me forever. It shocked me to see how close these awful scenes are to local schools, with a high risk of young children being exposed to sounds and sights of extreme animal suffering. And it is apparent from the volume of dogs, and animals wearing pet collars, that Yulin remains a hub for dog and cat theft.” 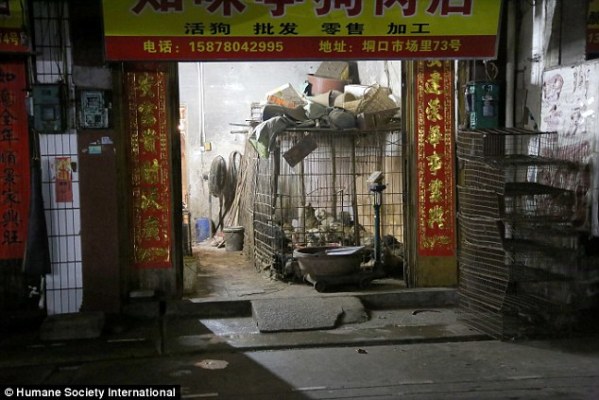 #6 HSI estimates that about 300 animals are killed each day to be sold as meat for restaurants and meat markets in Yulin.

One restaurant owner said that all she needed to do was call her meat dealer and dogs were quickly delivered. 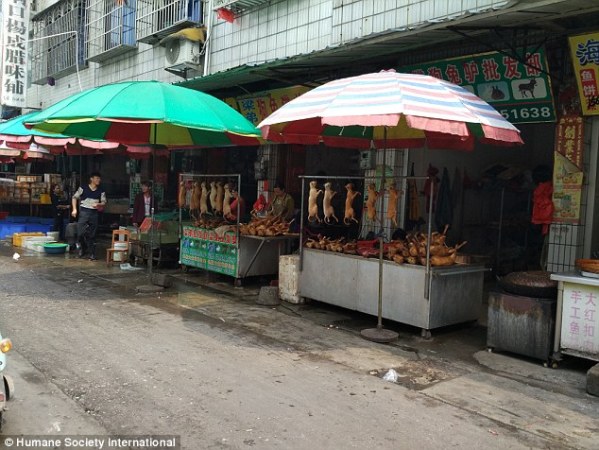 #7 It’s estimated that in China 12-20 million dogs are killed per year as food.

And aside from the cruel treatment of the animals, the trade is linked to the spread of diseases such as rabies and cholera. 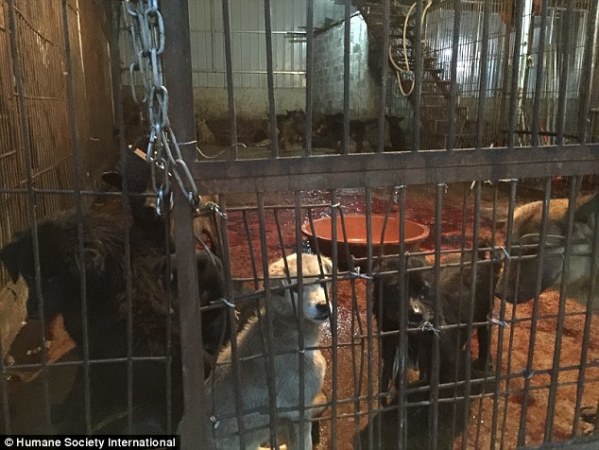