Brock Lesnar is one of the best and most popular WWE wrestlers of all times. His relationship with Vince McMahon, the CEO of the company has gone through several rough patches in the past.

At the moment, Lesnar’s relationship with the WWE has finally been sorted out. He has a part time contract with the WWE. However, he had to face some resentment from his peers due to the contract.
Brock Lesnar’s relationship with WWE was always rough, and WWE has tried its best to hide these memories from the visitors and fans. Take a look at the top 10 things done by Brock which Vince would like you to forget. 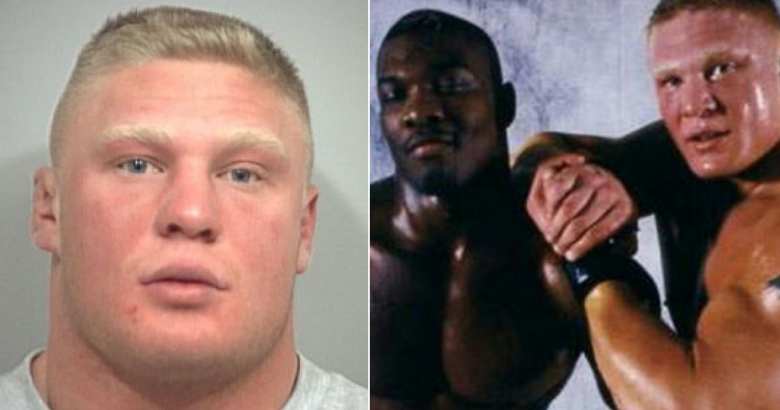 1. Files Lawsuit Against The WWE

WWE initially had a contract with no complete clause with Lesnar to prevent him from joining any other wrestling company. However, Lesnar wrestled in the Japan show thus Lesnar had to appear in the court. Lesnar counterclaimed against WWE and finally the two decided to try and negotiate. Finally, WWE allowed Brock to appear in any wrestling company.
He made his debut in New Japan Wrestlingon October 8, 2005. He even became the Heavyweight Champion there. While he was the champion in WWE, the company tried to force him to no longer go to New Japan but he rejected. Finally in 2007, he fought the last match in New Japan. 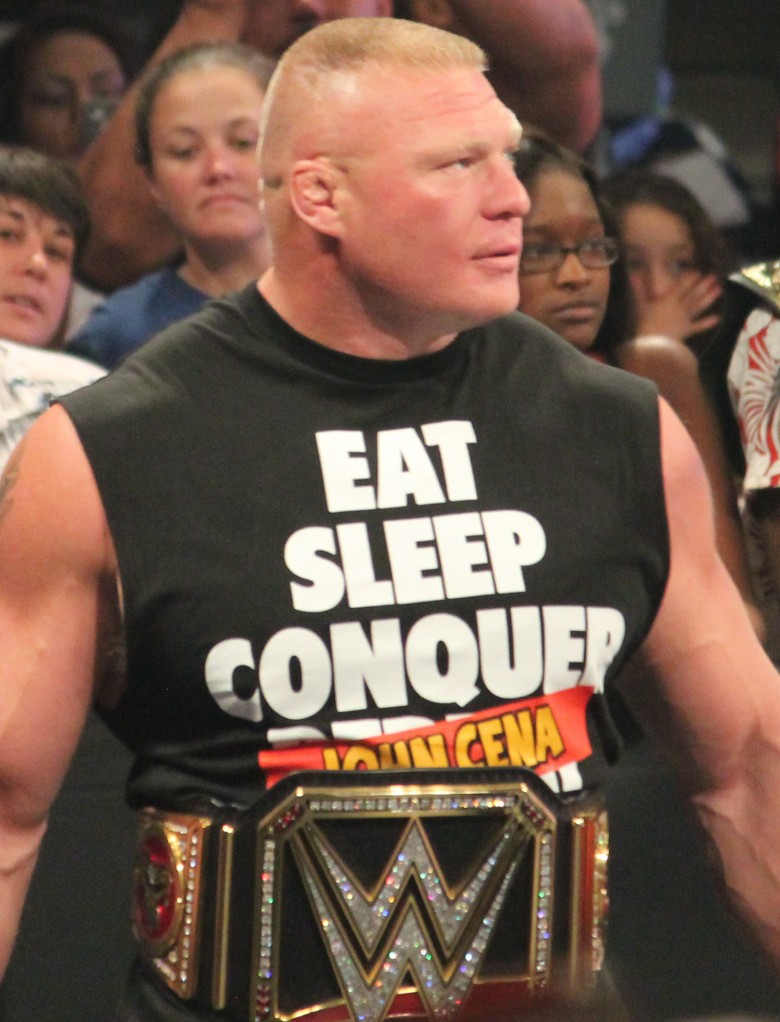 2. Lack of Knowledge For Today’s Product

During an interview with Stone Cold aired on WWE, Lesnar said that nowadays he just goes in, fights and then goes back home. He has no idea about most of the new wrestlers of WWE. In fact, he admitted he has no interest in knowing them. To him, WWE is a normal job. He also said that he doesn’t really remember any historical WWE matches, he just prefers to enjoy the current moment rather than living in the past. 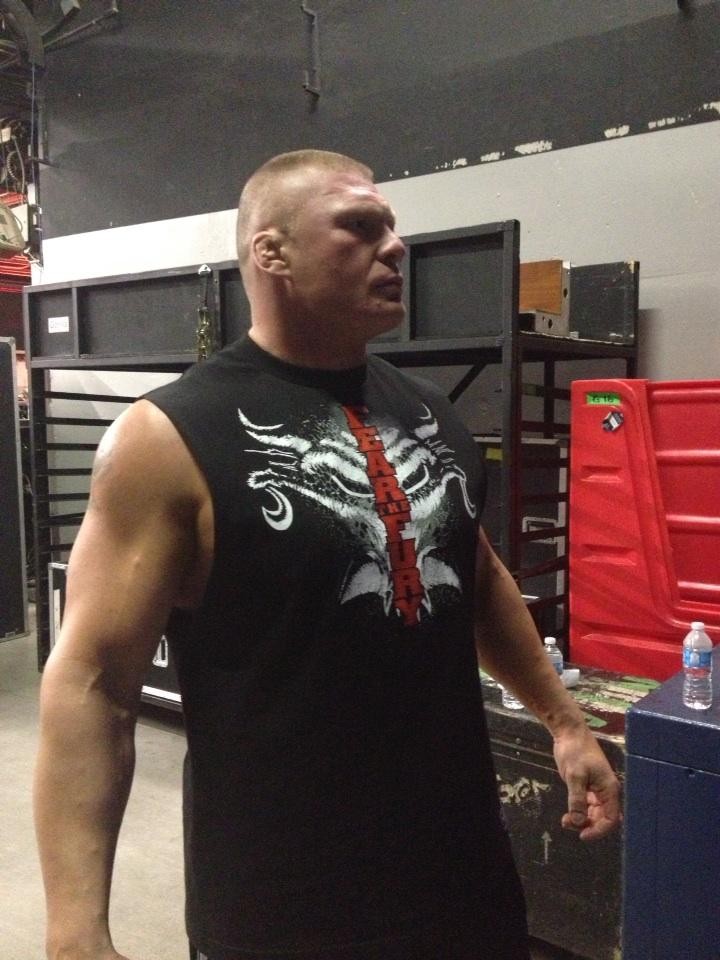 Brock Lesnar was arrested in 2001 in Louisville for buying anabolic steroids. Later it was found that the drugs purchased were actually legal growth hormones and so he was freed. On top of that, his lawyers claimed that they were not even legal growth hormones but actually vitamins. The case went in his favour and all charges were dropped. 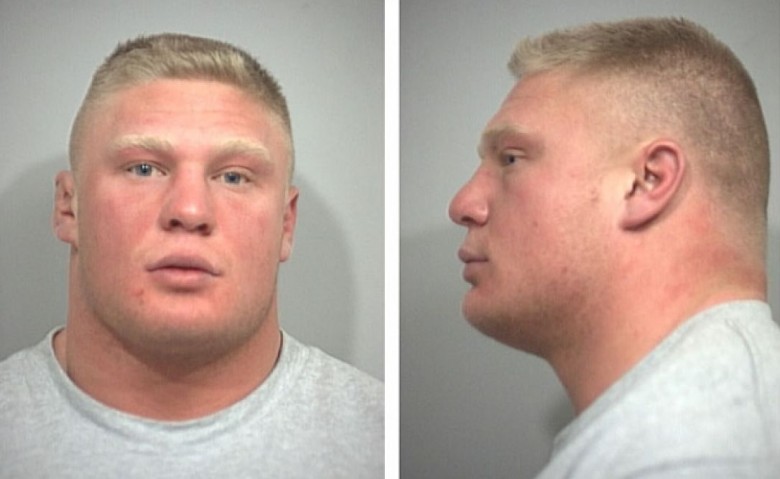 Brock’s 3 year contract with the WWE displeased many members of the company. That was going to make him the highest paid wrestler. On top of that, Brock wasn’t even working full time there. He left WWE due to hectic travelling schedule, so he was given a less strict schedule. However, since he appeared lesser number of times that added to his mystique even more. 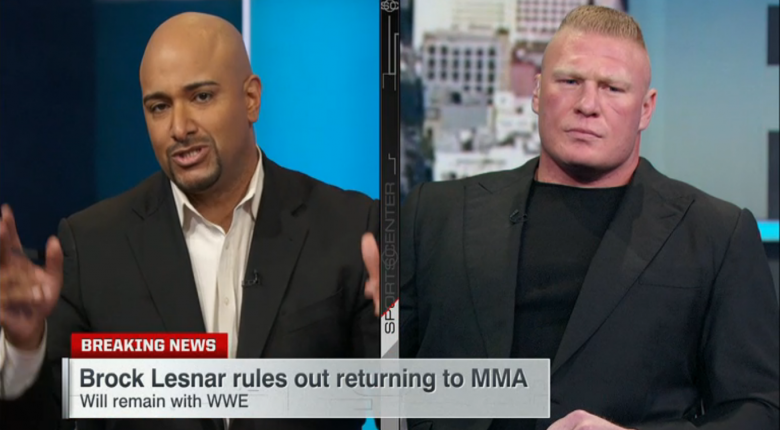 Brock surprised everyone after WrestleMania XX, when he declared that he wants to play in the NFL and so he will be leaving the WWE. Brock used to play football in high school but never played afterwards. Brock actually played pretty good in Minnesota Vikings, but an accident set him back. He was later removed from the team near the pre-season end. He was also offered a spot in NFL Europa, but he wanted to stay near his hometown so declined. 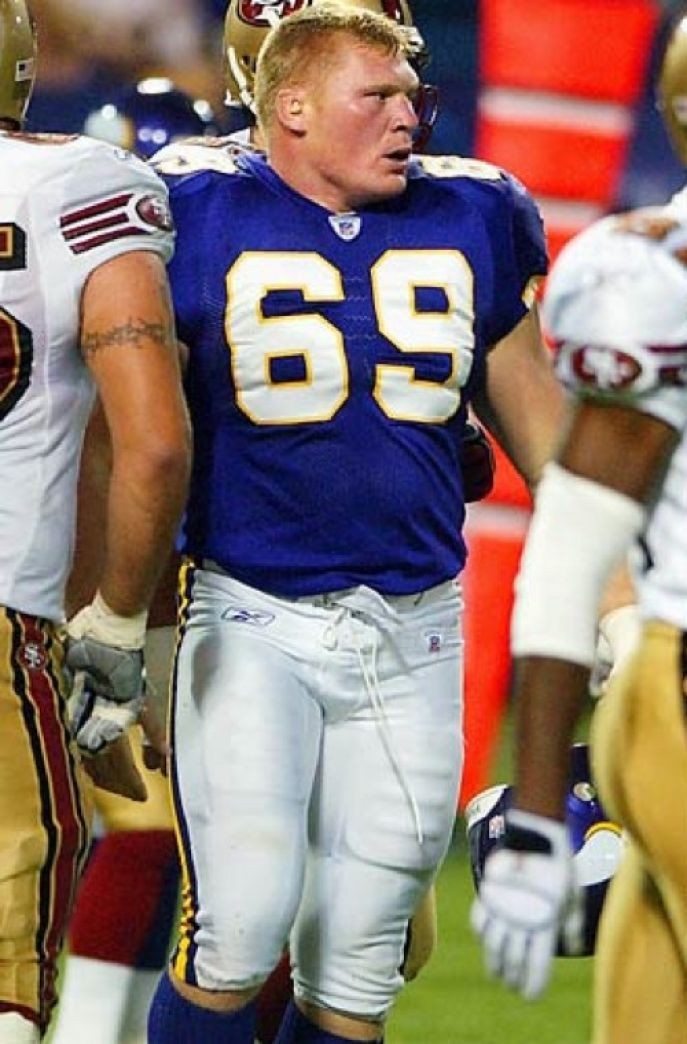 Brock was actually an amateur wrestler before WWE. He was the winner of 2000 National Collegiate Athletic Association (NCAA) Division 1 Heavyweight Championship. He was also a two-time NJCAA All-American, two-time NCAA All-American and two-time Big Ten Conference Champion. His record in college was incredible – a whopping106-5. Since he was so successful as an amateur wrestler, WWE signed him up. The contract wasworth $250,000. However, Brock had no idea about professional wrestling; in fact he has never even seen it. 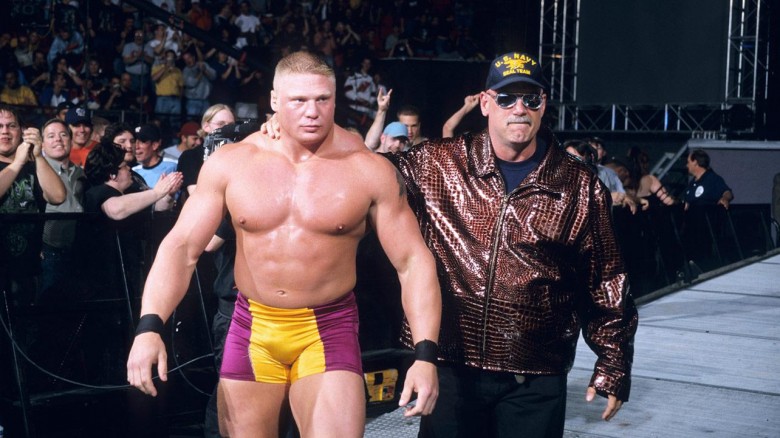 7. His Match Against Goldberg

The hyped up match between Brock and Goldberg was supposed to the best match of their careers instead it turned out to be one of the worst. Stone Cold was the special referee, and even he wasn’t able to stop it. Both wrestlers didn’t have any motivation in the match – Goldberg was going through some disputes in his contract while Brock would soon leave for NFL. Finally, Goldberg won the match after the jackhammer. Brock was cut off from the cameras; apparently he was pointing his finger towards Vince. 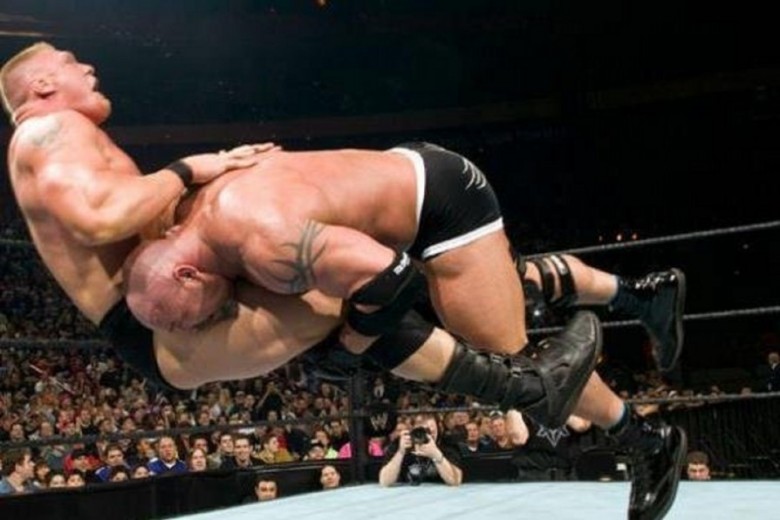 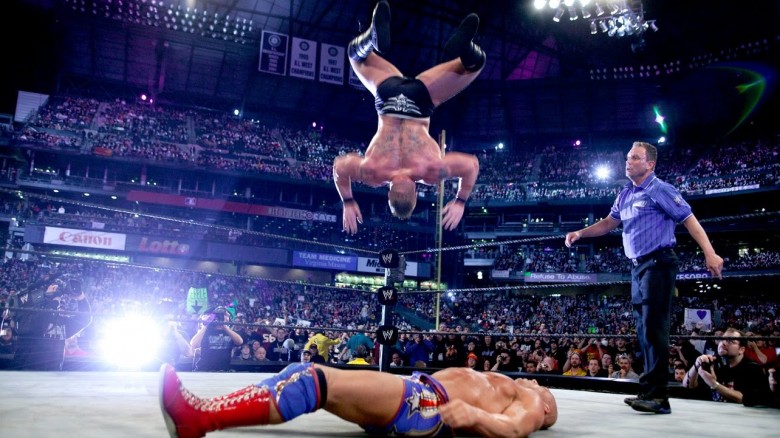 Brock Lesnar was one of those few WWE wrestlers who also got a shot at the UFC. He even became the UFC Heavyweight Champion of the world, after defeating Randy Couture.He was not only UFC’s highest paid wrestler, his name was also featured in ESPN’s top 30 paid athletes list. After the UFC, he joined WWE, and his popularity increased by a huge amount. In fact, he became so successful in WWE that he retired from UFC and joined WWE full time. 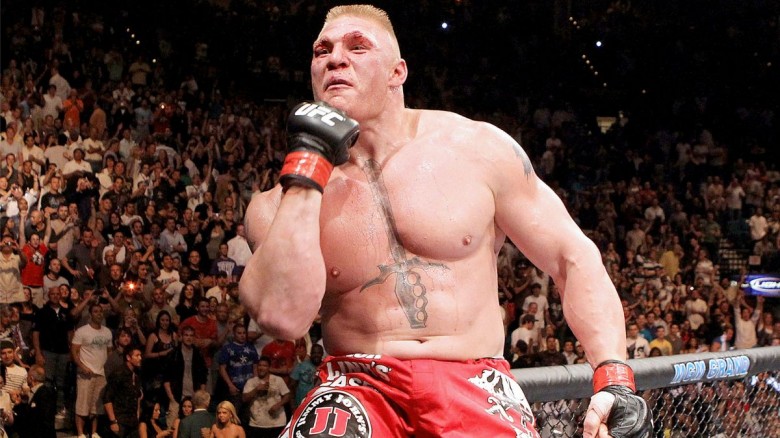 10. Forgetting 2 Years Of His Career

Brock admitted that he had forgotten almost 2 years of his WWE career. He was addicted to pain killers and alcohol during his first WWE contract. His entire body used to be in pain, so he used to consume over 100 painkillers every month. In fact, he said that he fought with a torn MCL to get a shot at the championship. He became addicted and was so exhausted from travelling places that he literally forgot about the 2 years. This can be considered as one of the worst negavtive effects of joining WWE and he is lucky to be alive. 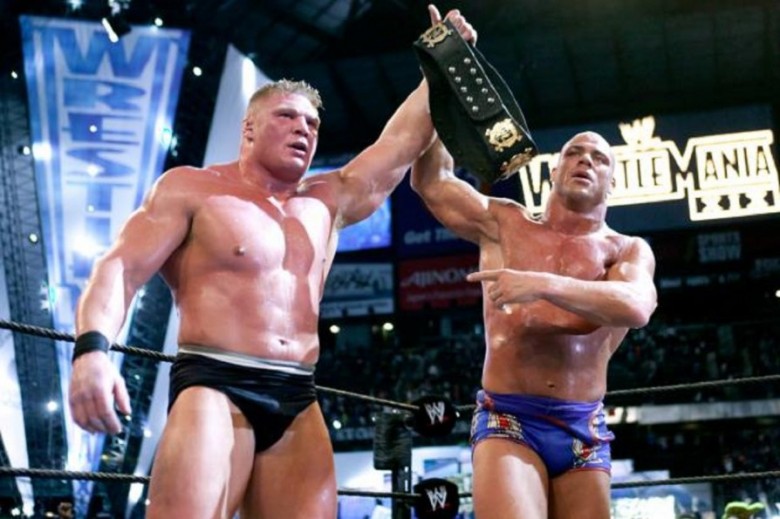